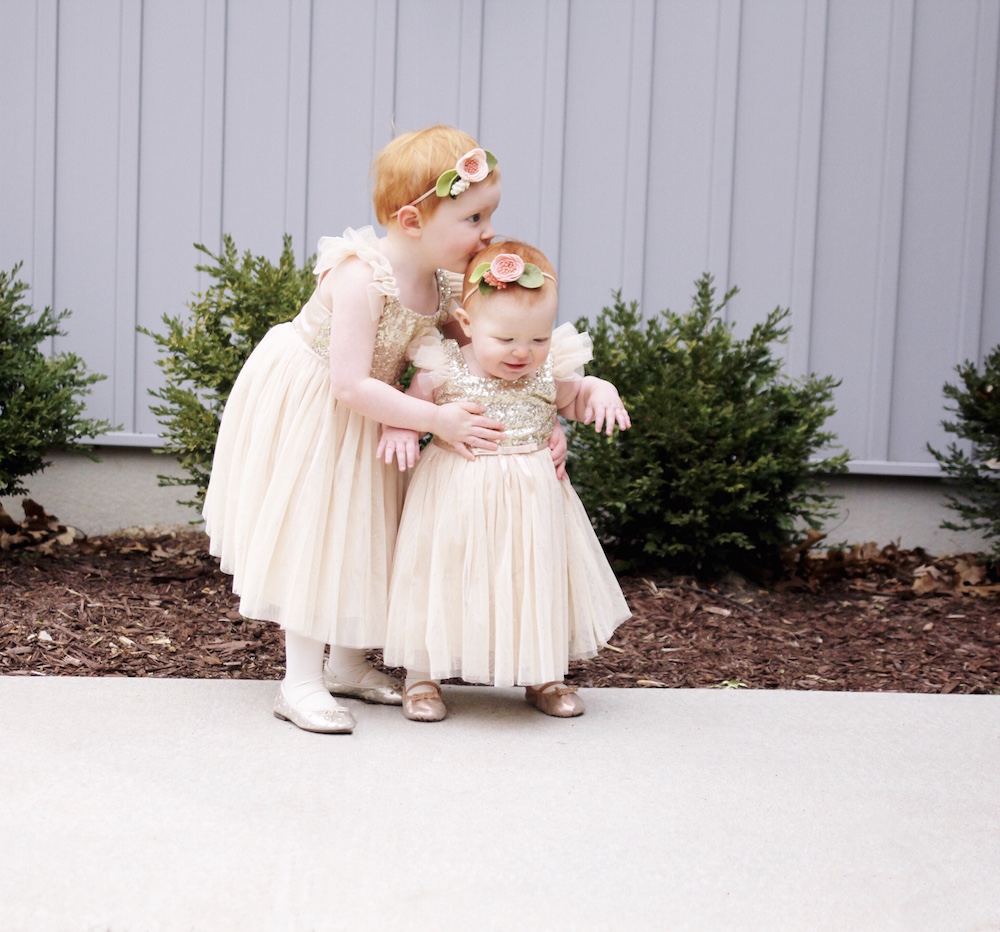 In March, the kids were in Jon’s sister’s wedding and were just about the cutest little flower girls and ring bearer I’ve ever seen. 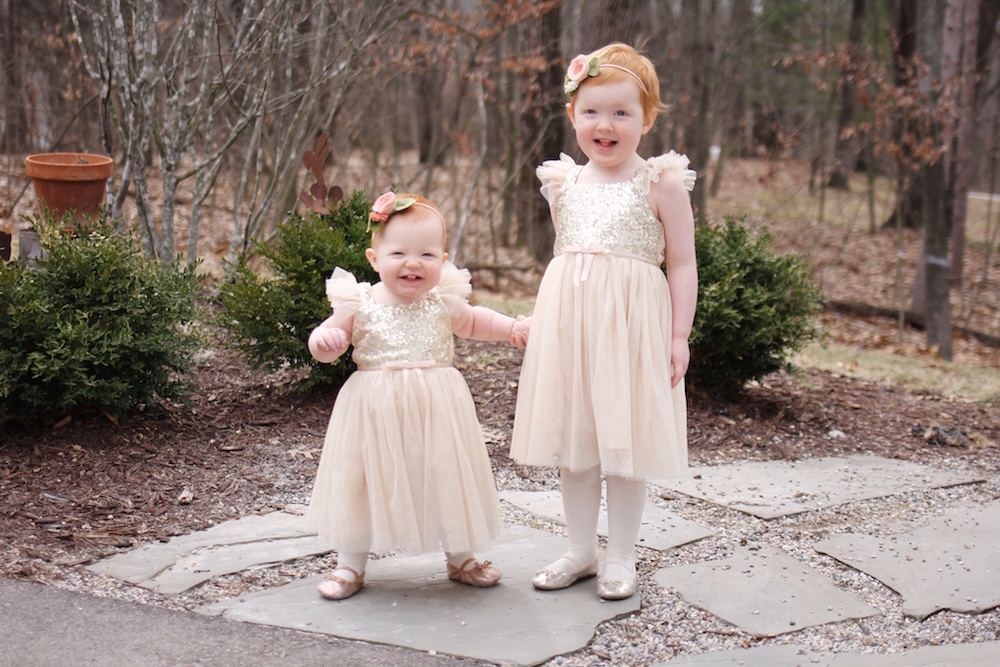 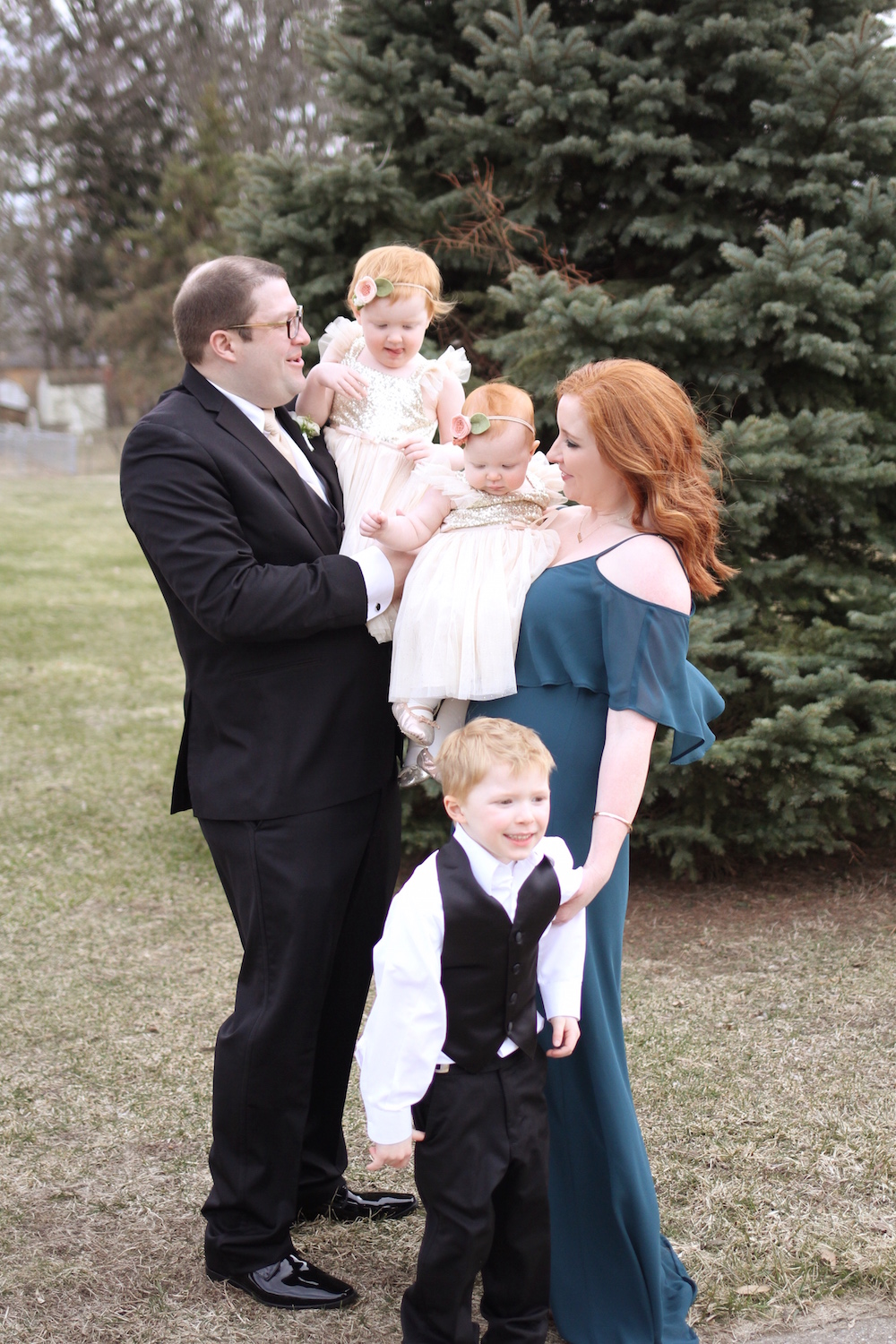 It was really cold that day so I only have this one photo my mom snapped of us outside. But it totally captures what it’s like to have three kids. Ha. 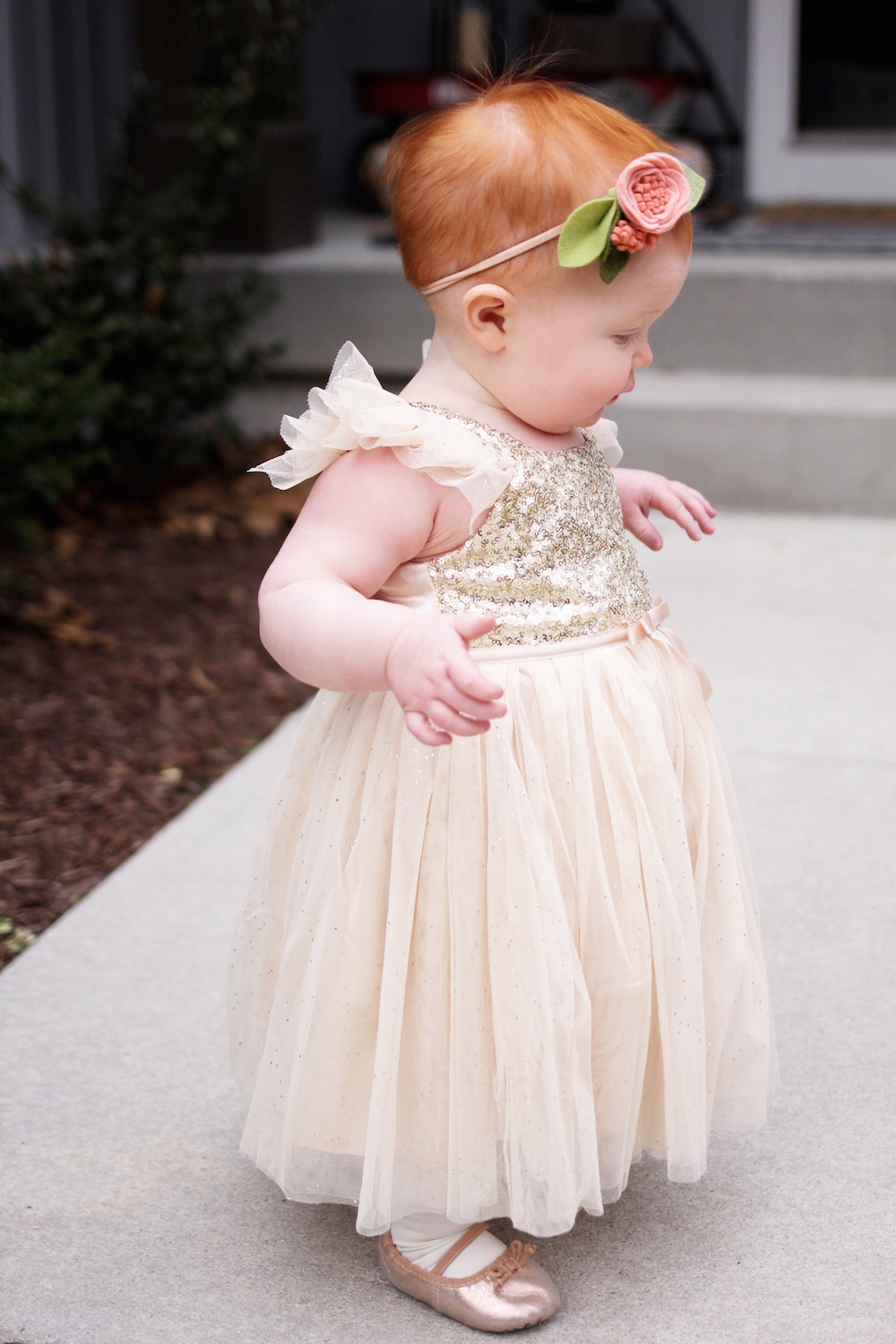 Look at this girl. Couldn’t you just eat her up? I wish I could have taken more of my own photos! The rest of the ones below are from the wedding photographer….. 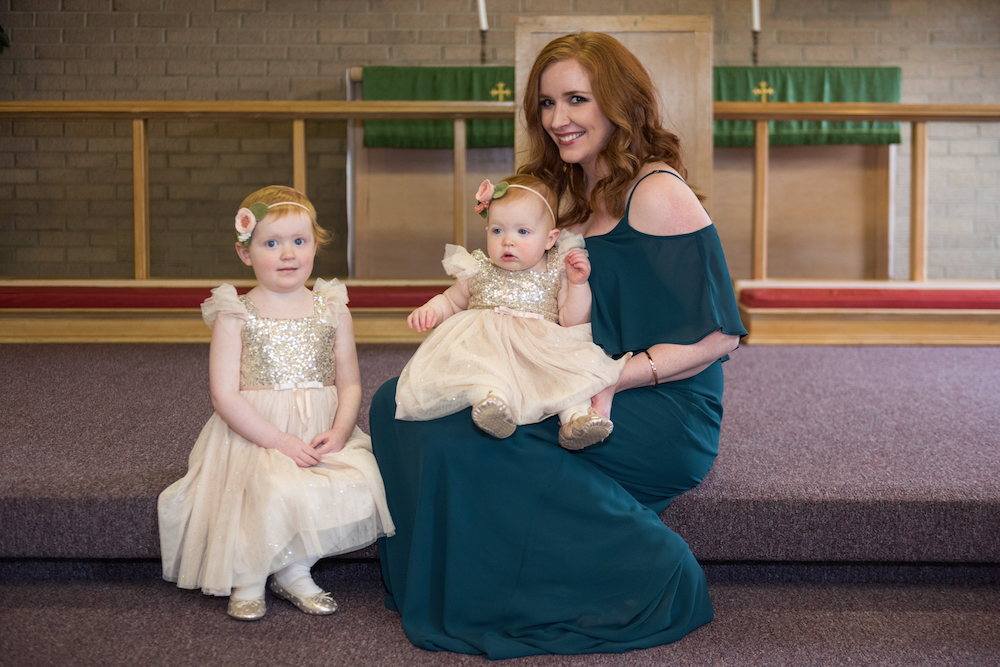 Sadie was excited to be a flower girl, and I was so excited for her! Hudson, however, was not. But that’s typical. And Belle….well, she did her best! 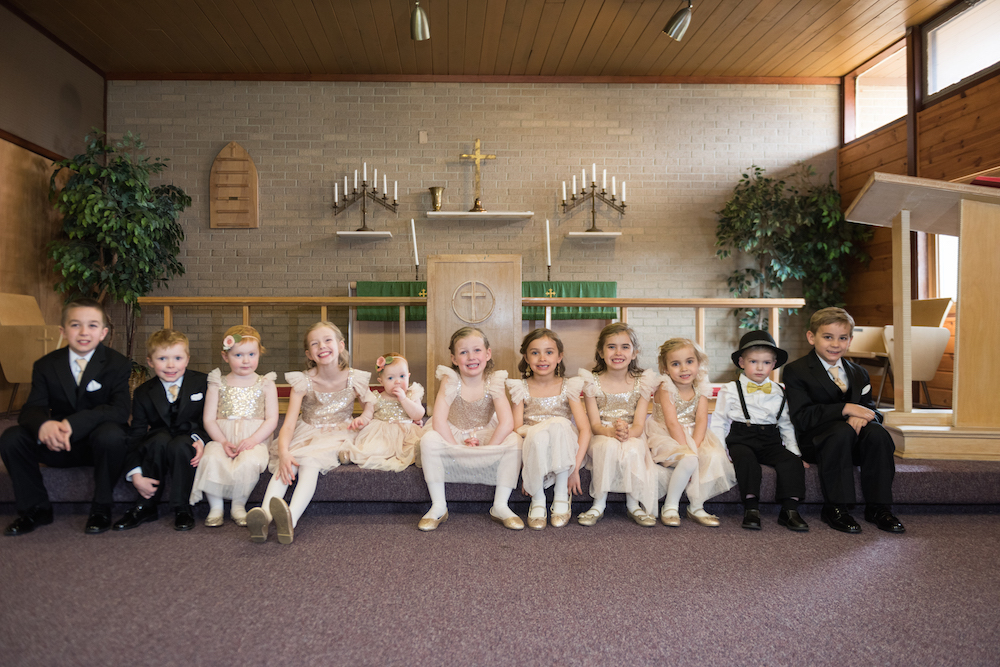 There were 11 kids in the wedding. Holy cow. Five of them were Tim, my new brother-in-law’s, nieces and nephews, three were my kids (obviously), and three were my sister-in-law’s best friend’s kids. It was the most kids I’ve ever seen in a wedding. But they all did so great. 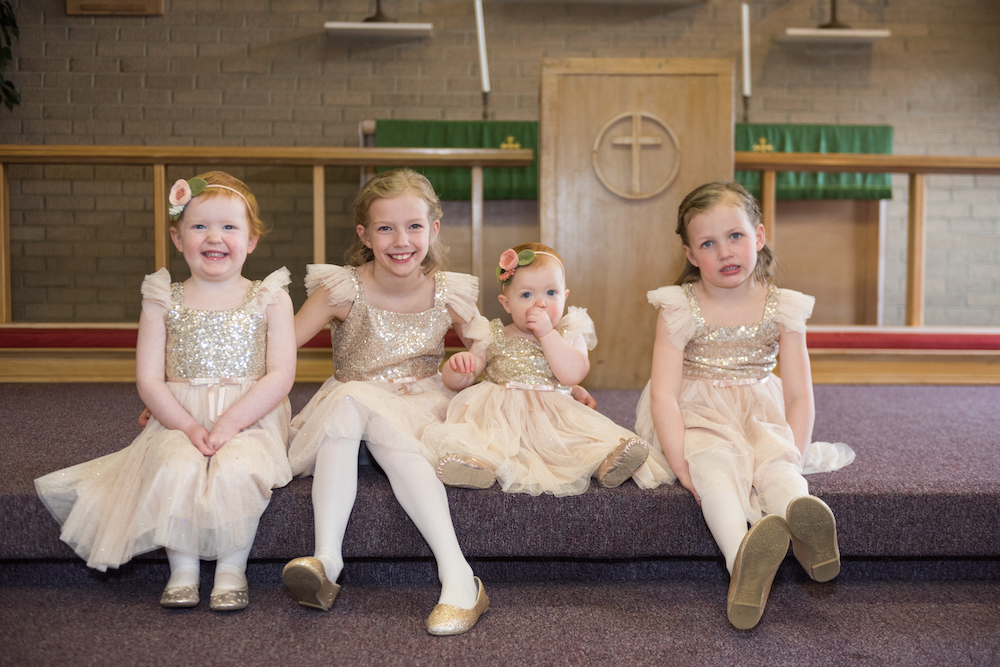 Sadie was SO excited when she saw that all the girls were wearing the same dress as her. She kept saying “the girls match me!” Her face in the pic is my favorite. 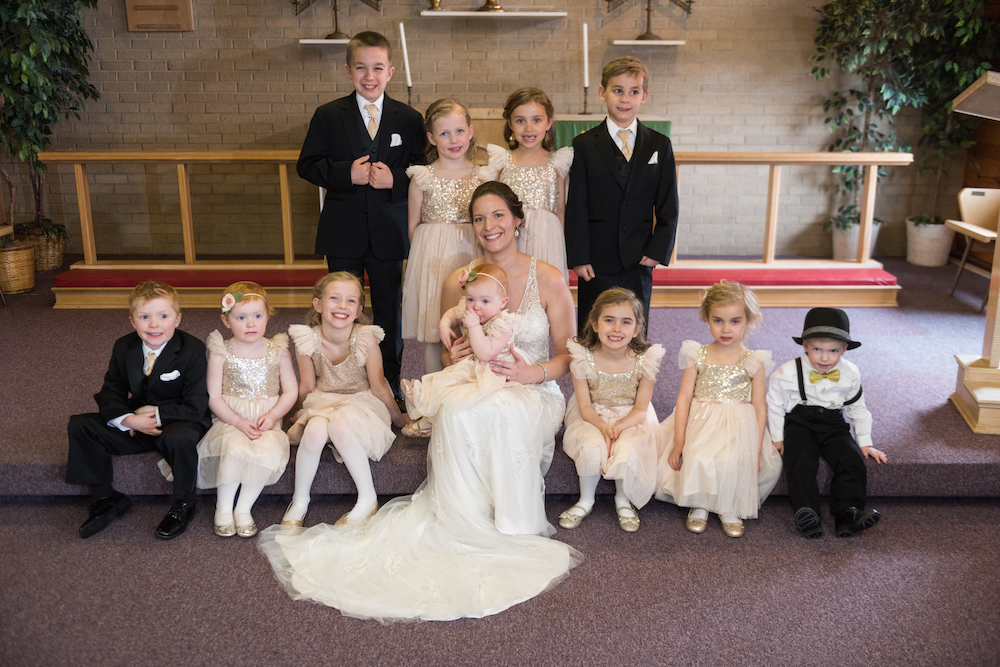 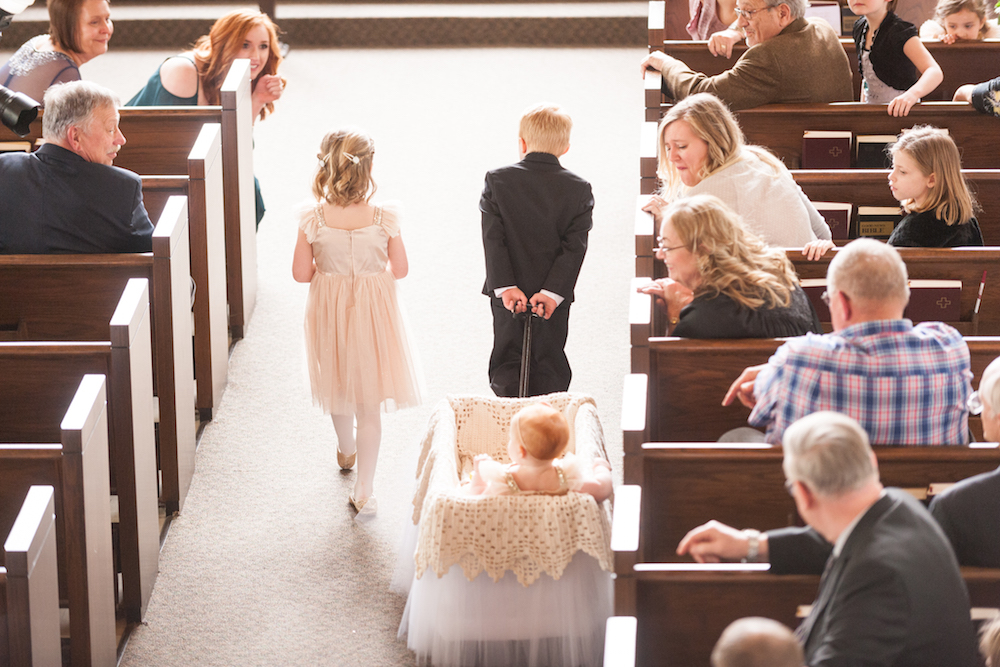 For the ceremony, Hudson pulled Belle in a wagon down the aisle and it was hands down the most stressful part of the day for me! I handed the three kids off to my father in law because I knew they wouldn’t behave for me, so somehow he got Hudson to pull the wagon. 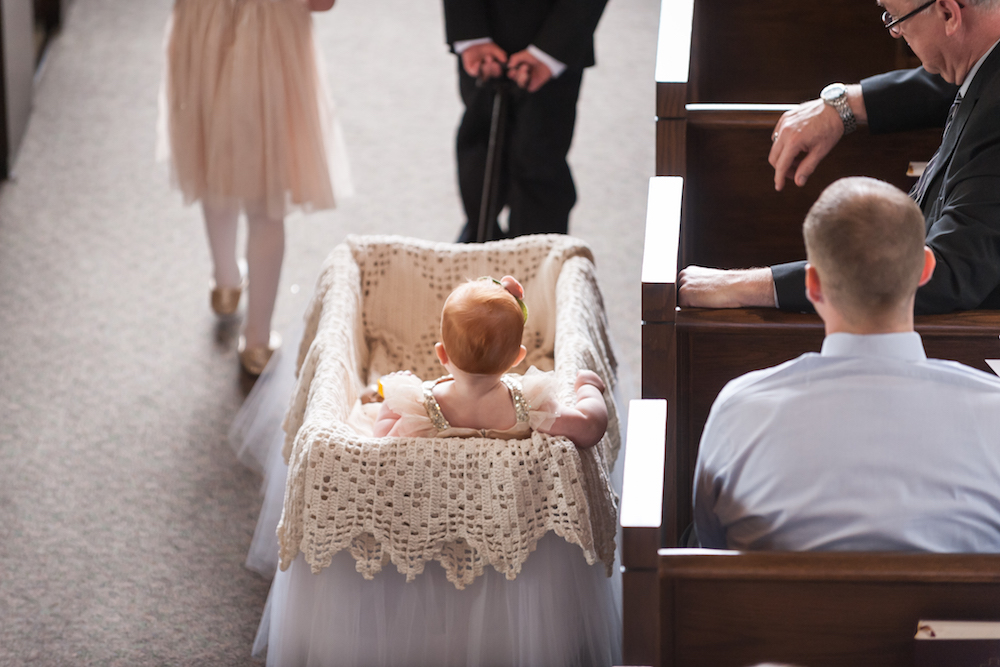 Unfortunately I didn’t get any pictures because I was stressing about her crying, or falling out, or Hudson ramming the wagon in to the aisle (like he did at rehearsal). But thankfully he did great! 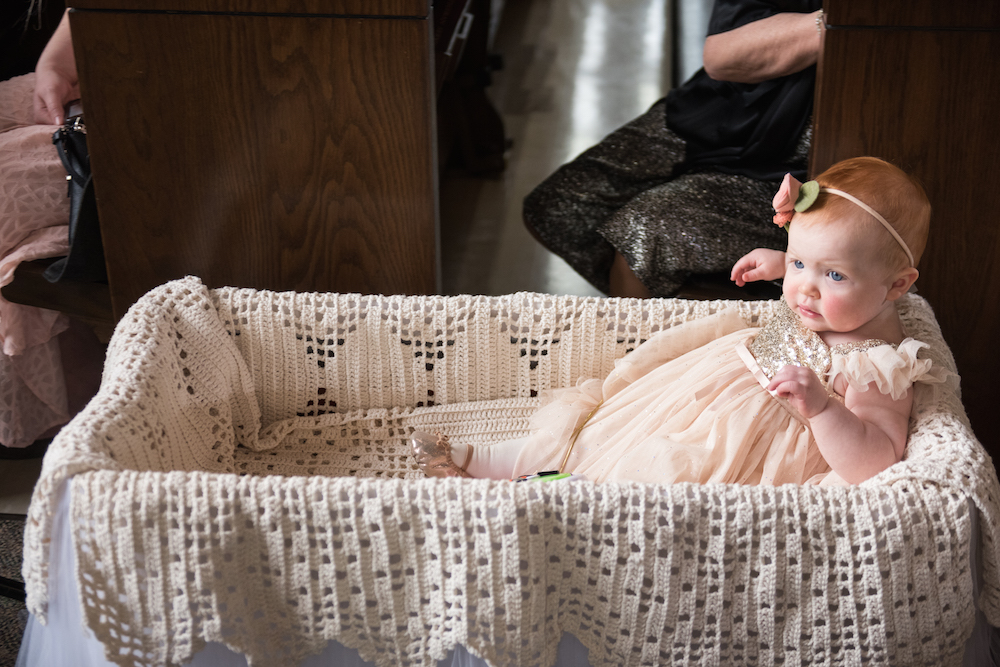 And Belle was adorable as ever! 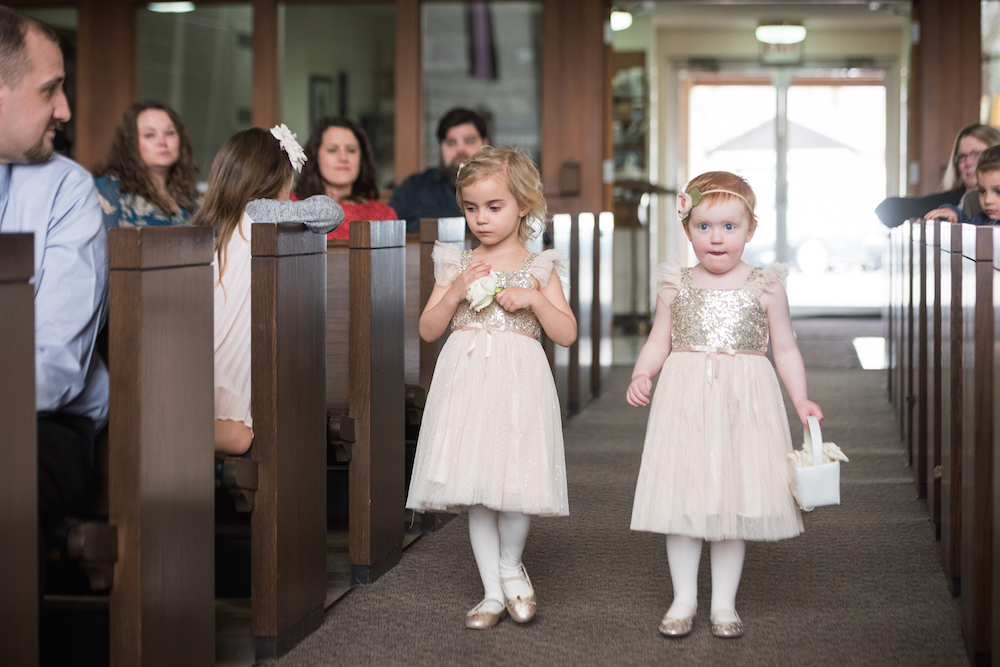 Sadie came down the aisle after Hudson and Belle and I totally missed it because I was getting Belle out of the wagon. She was the most excited and I didn’t even get to see her! I’m so bummed. And of course all of the professional photographer’s photos of her look like this. Oh well! 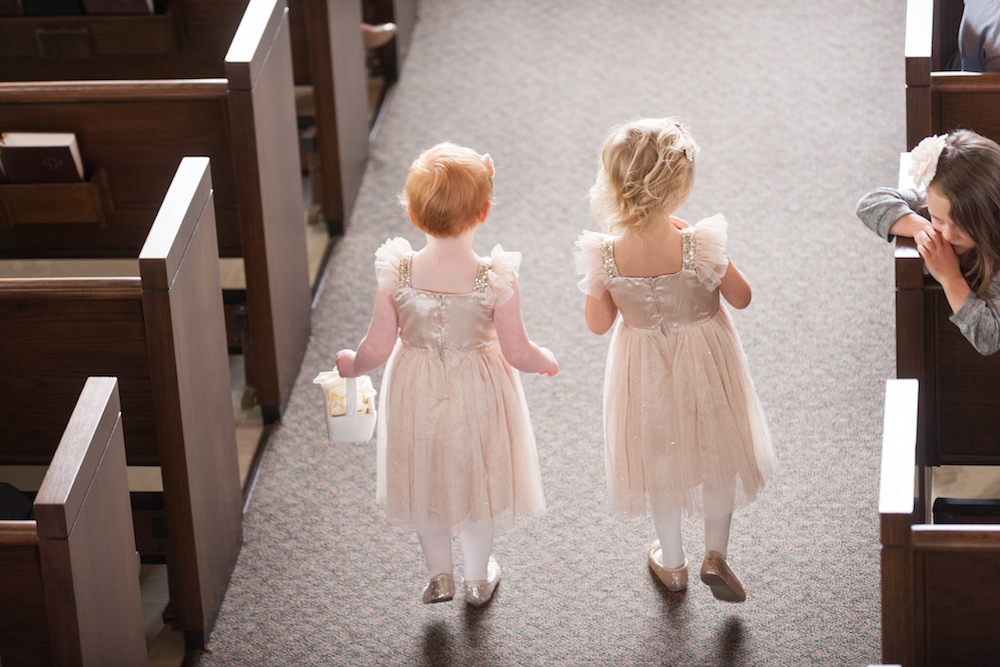 She had a basket of rose pedals but I don’t think anyone explained to her to toss them out as she walked down the aisle. 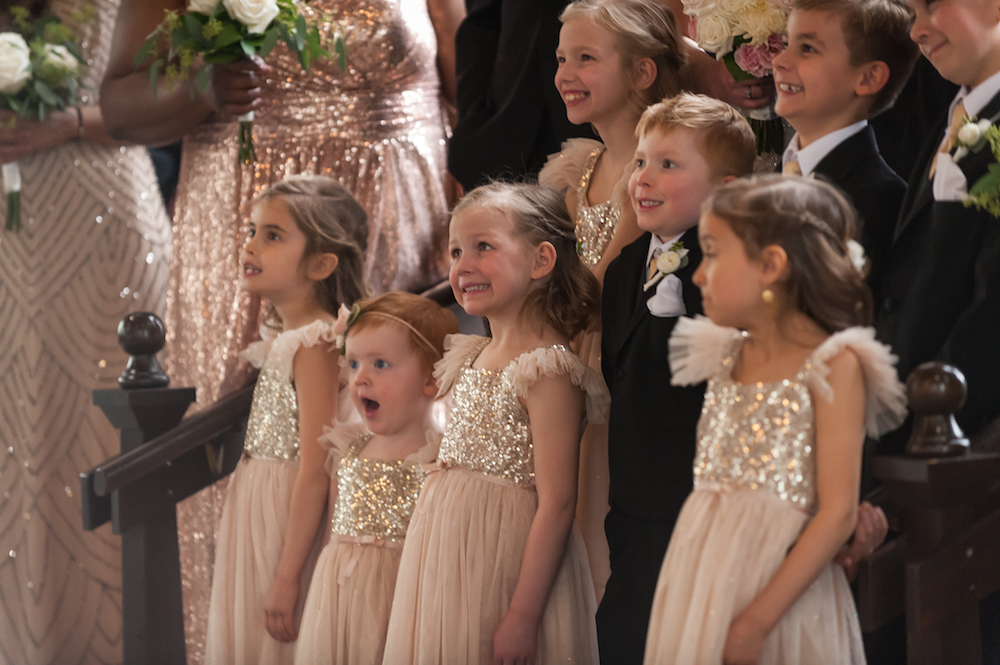 After the wedding the kids were so good to take a zillion photos! 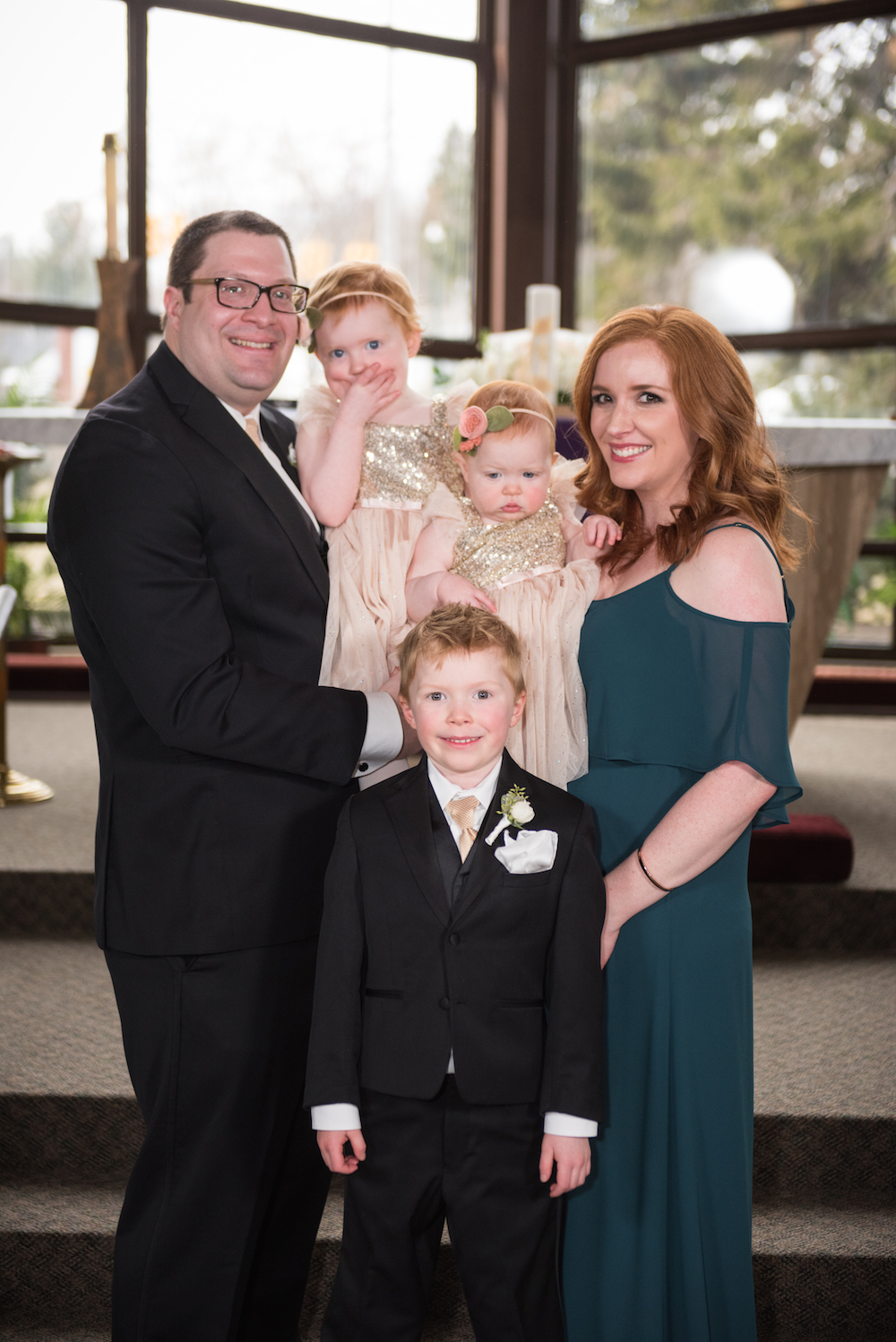 After photos my mom took Belle home (thank goodness!) and then Jon and I took the big kids to McDonalds. Classy right? It was their reward for being so good! 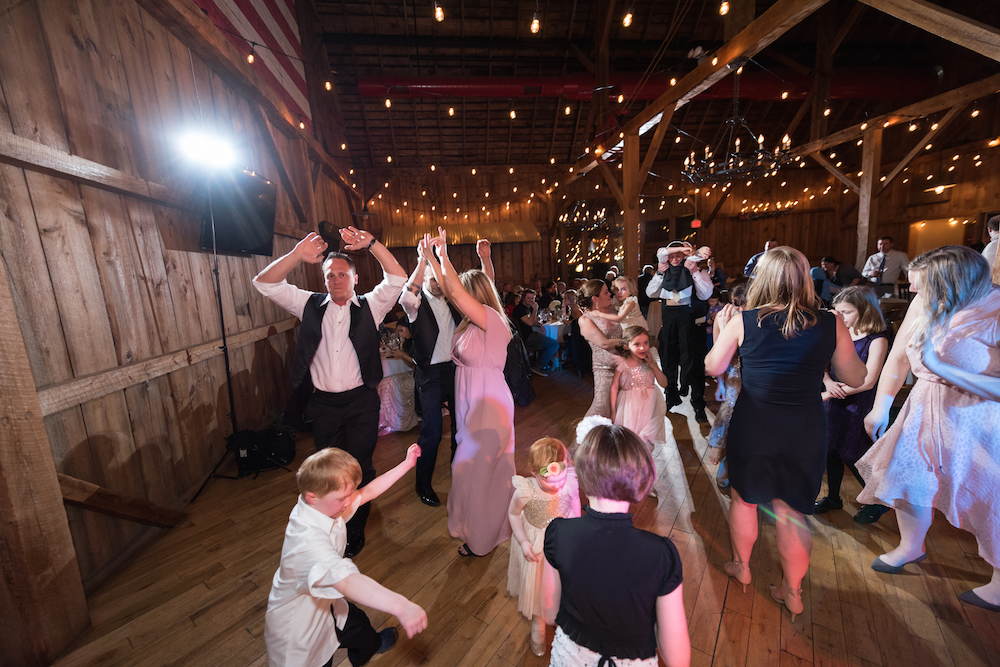 And then we hit up the reception! Hudson and Sadie LOVED dancing and had the best time. They were dancing fools. 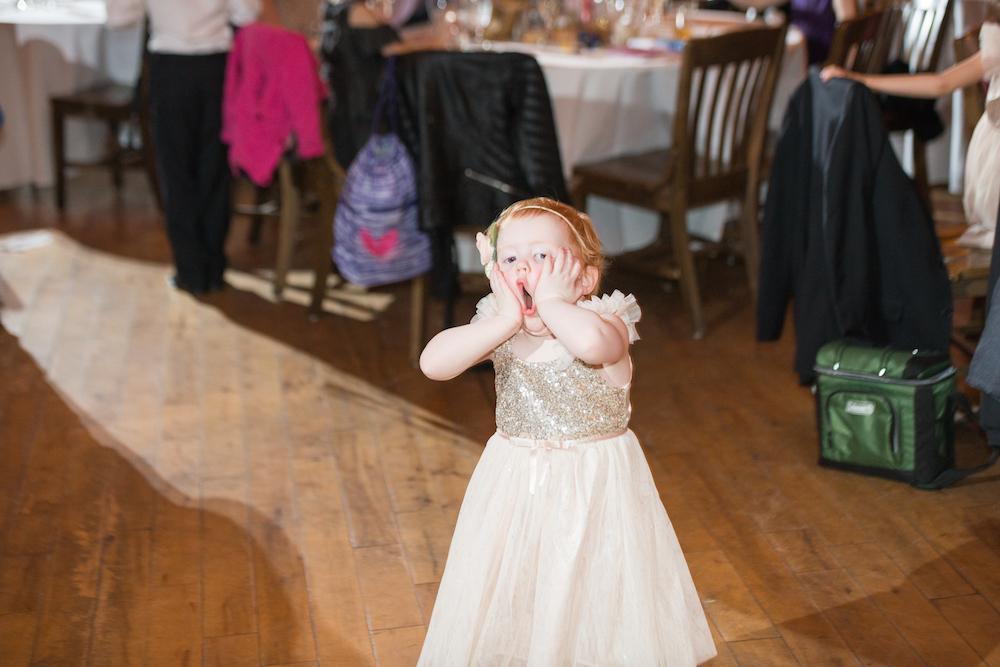 I just about died when I saw this photo! She’s such a goof and I love her so much. Sadie has been begging to be a flower girl again, so if you need some extra crazy in your wedding party, you know where we are.

« Frequently Asked Questions
Survival Guide for Eating Out with Kids »