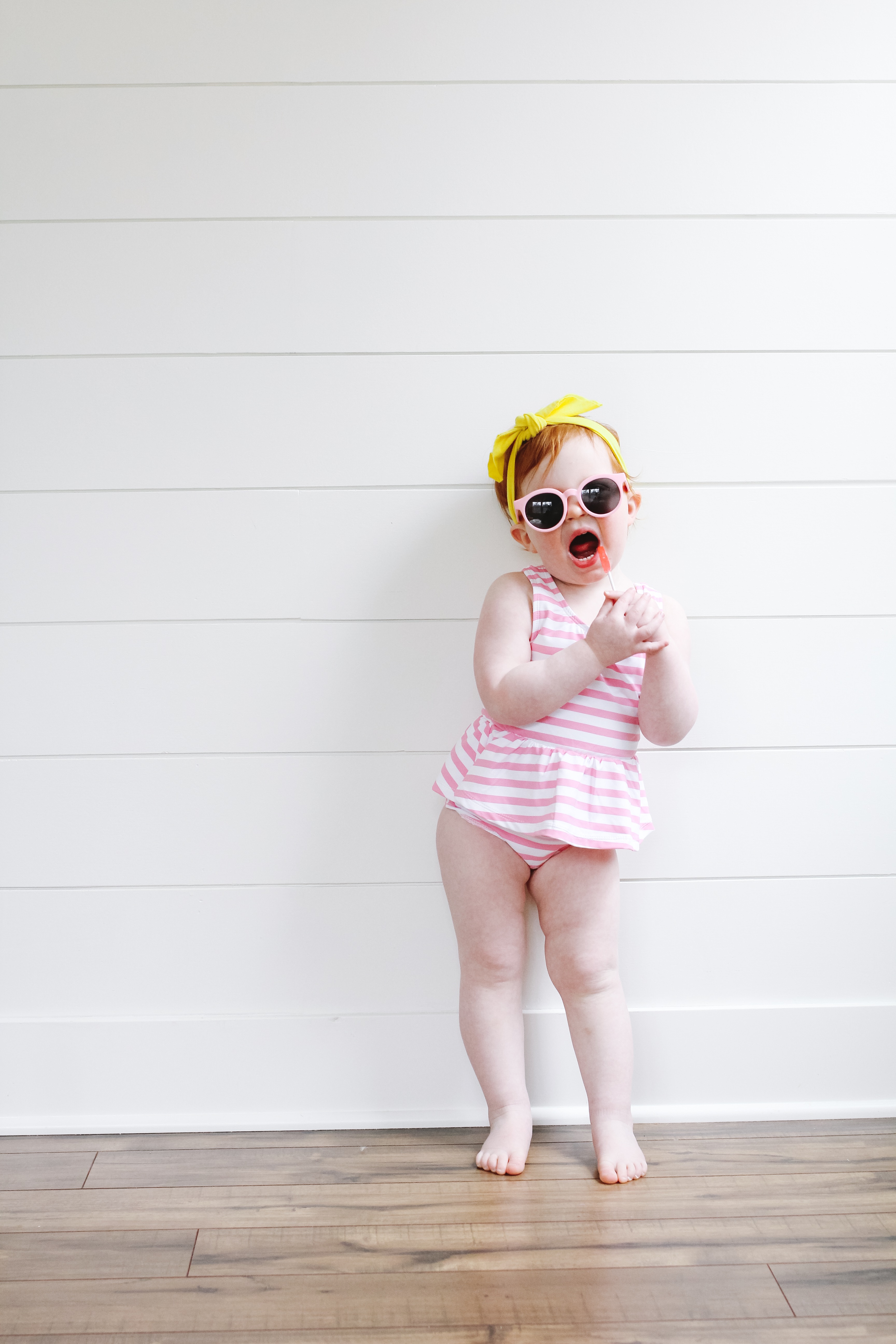 We are in FULL twonager (two + teenager) status over here. Belle has sass for days and days and days. Somehow Sadie skipped the twonager stage (don’t worry, she made up for it as a threenager instead). But Belle? She’s all spunk and spice and sass and sweet. It’s pretty cute most of the time, but sometimes she’s a bit, well, dramatic. She’s our only child who will actually throw themselves on the floor and have a screaming tantrum. Or arch her back and kick her legs when she doesn’t get what she wants. We mostly laugh it off….because she’s the third child and we know this stage will pass. And because, as the third child, she totally gets away with murder. AND SHE KNOWS IT. 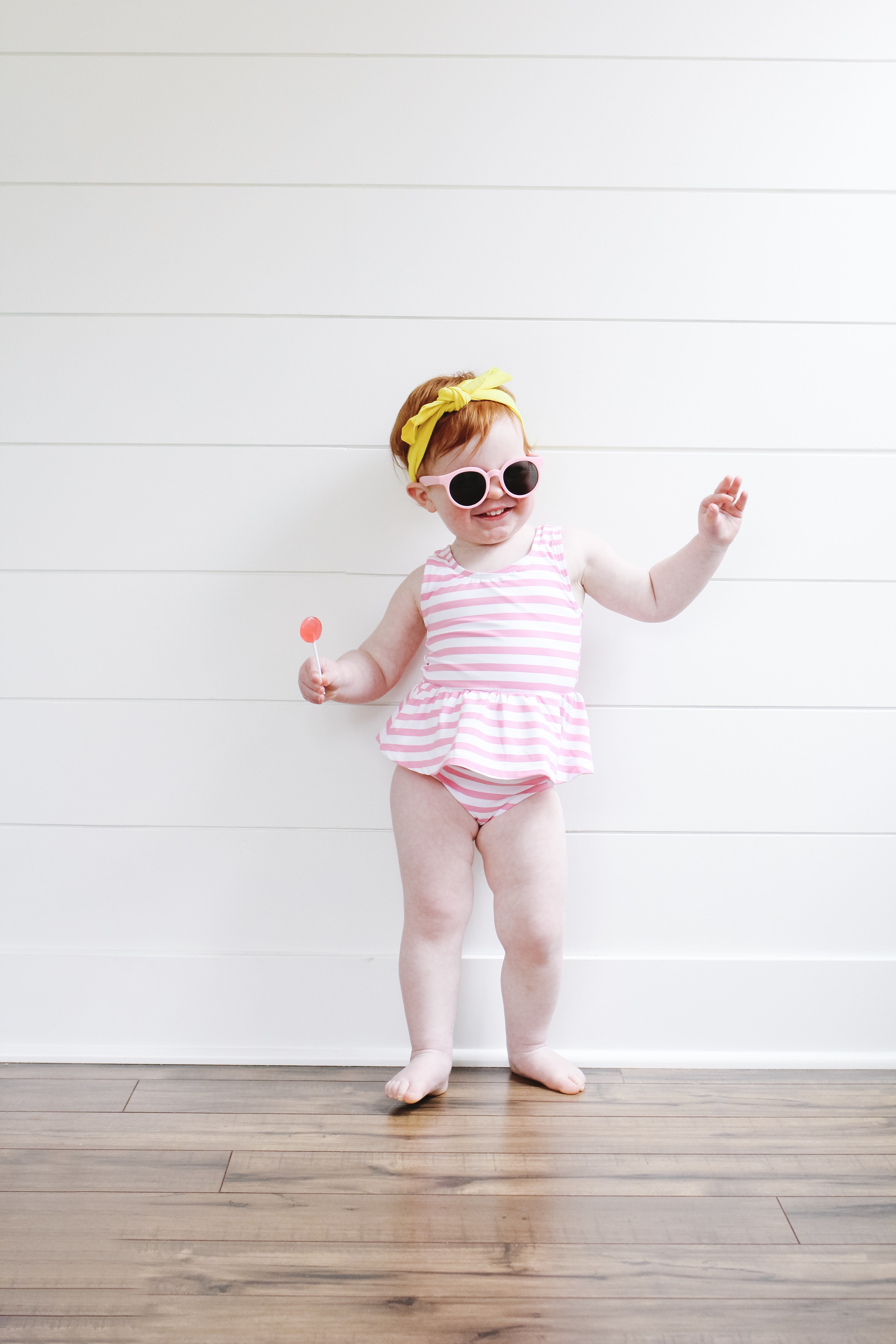 (Swim suit from here. Use code GIRLINTHEREDSHOES20 for 20% off your first purchase)

She is the life of the party and is happiest when all eyes are on her. We happily oblige her whenever we can.

There are some cute things she says and does that I never want to forget:

“where Say-see go?” She sometimes calls Sadie by her name or “sissy”, and sometimes she combines the two. It’s so cute.

She calls her belly button a “tummy button”

She calls applesauce pouches “bap-poos” and raspberries “bap-booies”….and now we all call them those things too.

Any time someone wrongs her, she says they hit her. If Wrigley’s tail bops in to her “Wiggie hit me!”

She calls Sophie the cat “Ophie”

When you ask her a question the response is always “no”….but if you ask again she might change it to “yeah”

Like all of my kids, she calls her back pack a “pack bag” or “pack pack” and she MUST have hers if the big kids are holding theirs.

She has a strong sense of injustice….if her brother and sister are doing something or have something, she HAS to have it too, or do it too.

If she thinks the big kids are getting something she’s not, she’ll say “WHERE’S MINE?!!!”

“peas mommy” when she wants something.

She loves dresses and jammies. 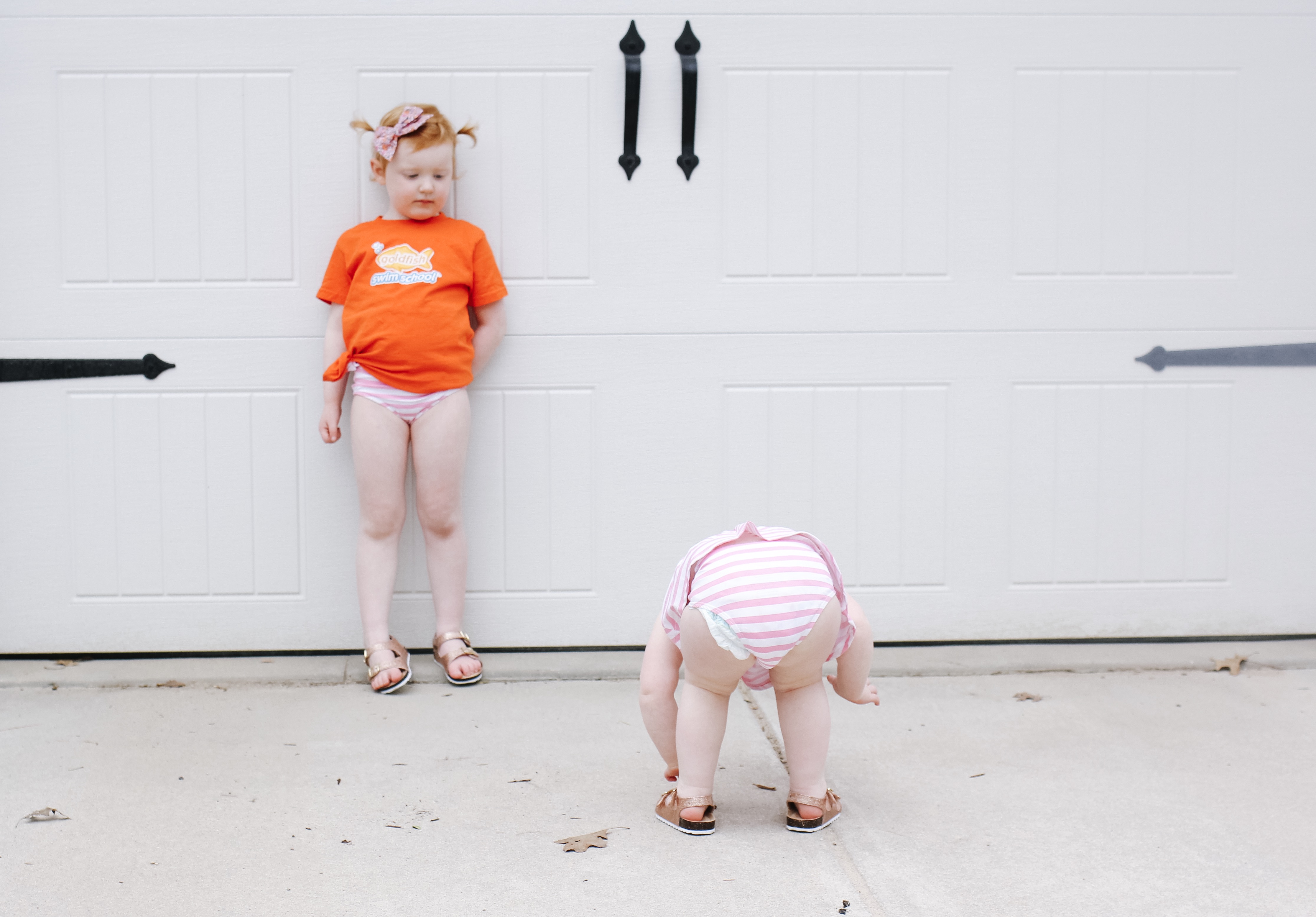 She calls this “shake-a my booty!”

She can count to ten and sing her ABCs, twinkle twinkle, Old McDonald had a farm, BINGO, Jesus loves me, you are my sunshine, and head shoulders knees and toes.

We love her to bits and can’t imagine life without her. She is the perfect blend of sweet and spice.