Did you enter my giveaway? If not, click HERE for info on how to enter! 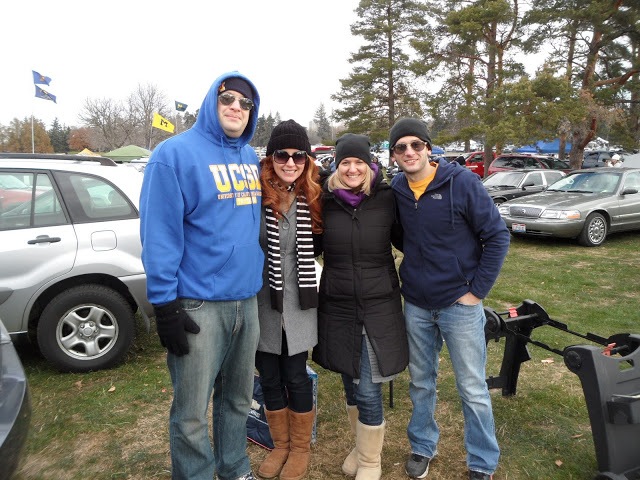 When it comes to football in Michigan you have to choose a side. You’re either a Michigan State fan or a University of Michigan fan. On the one day a year they play each other the entire state is wearing either blue or green. I went to MSU for grad school and the husband and I met in Lansing, so naturally we are State fans. But this weekend we were traitors. We went to a University of Michigan game with our friends Mo and Ali. The guys wanted Ali and I to experience a game at “the big house.” And yes, it was big. And very blue. 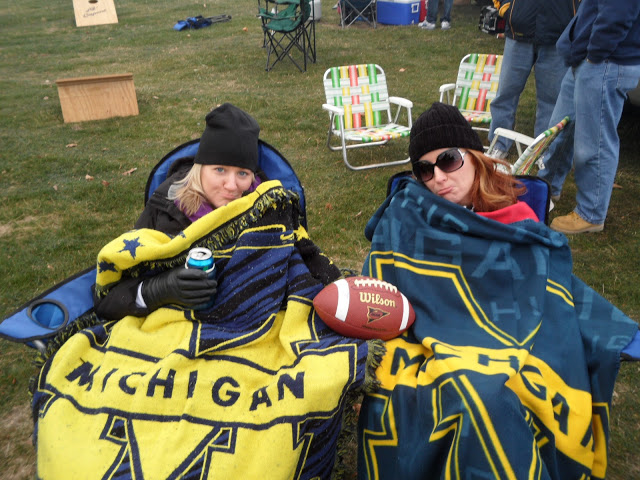 Ali and I with our sad traitor faces while tailgating. We were cold so of course Mo (big time Michigan fan) had to offer us his U of M blankets. 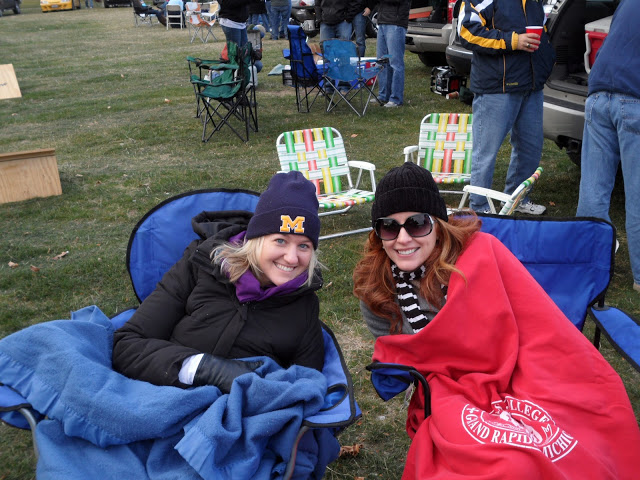 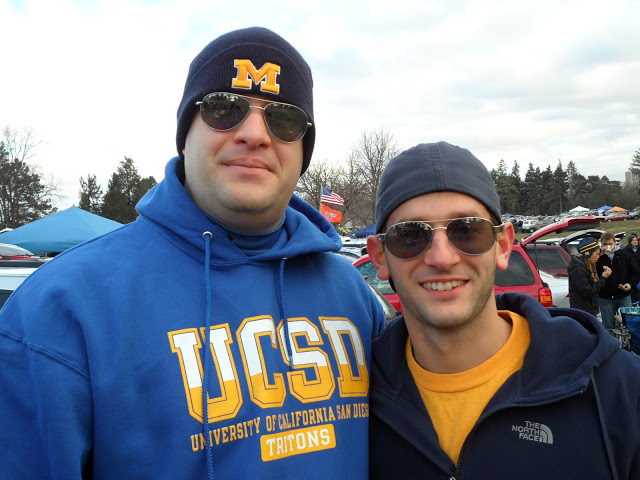 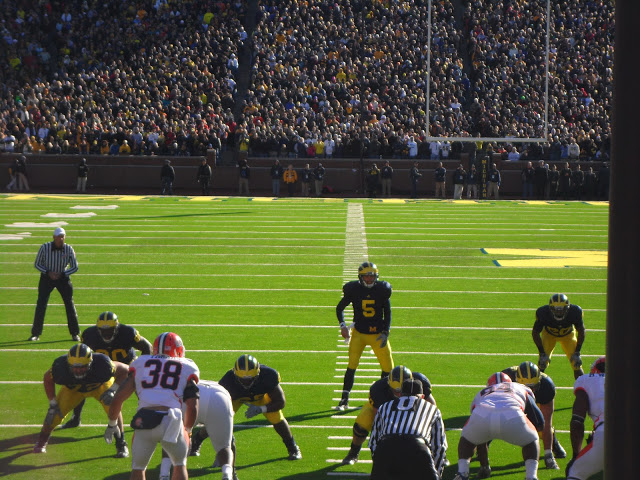 We had awesome seats…just three rows up and right in the end zone. We also had a great view of the band and the cheerleaders…which of course is always a great distraction from the game. 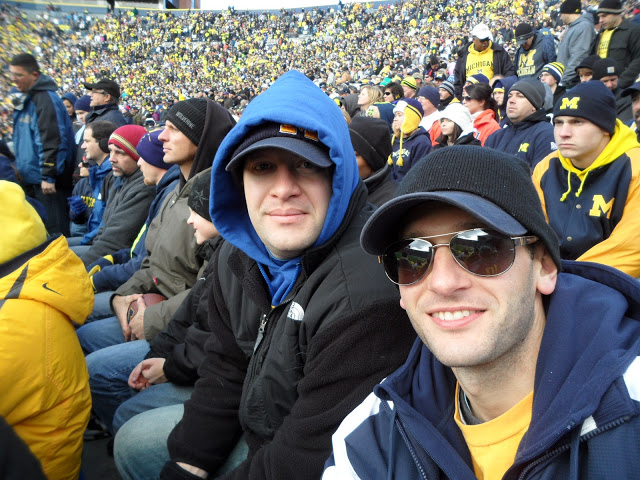 During the game I learned all about “Wal-Mart Wolverines.” According to Urban Dictionary  a Wal-Mart Wolverine is a fan of the University of Michigan who has never attended the school but roots for them while wearing one or more of the following:
1. $5 Michigan shirt bought at Wal-Mart
2. Mullet
3. NASCAR hat
4. Hunting clothes
I think I can also add someone who is missing a front tooth to that list too.
We saw a lot of Wal-Mart Wolverines. I actually sat next to one for the first few minutes of the game until we figured out we were in the wrong seats. So we moved back one row. Not 30 seconds later, the guy I had been sitting next to vomits all over the place. And just sits there. And then vomits two more times. Then he leaves but the woman with him stays and complains that he better pay her back for the tickets. I could not believe it. And I immediately thanked God that moved when we did. The man came back about thirty minutes later and tried to wash away the vomit with a glass of water…but basically he just pushed it down towards the people in front of him. Disgusting. 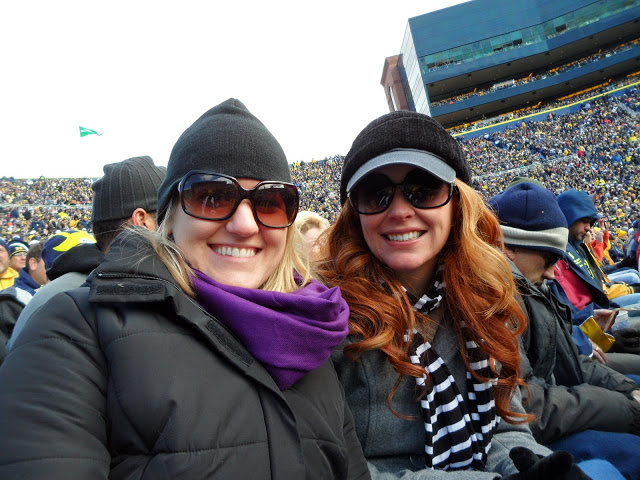 That’s the vomit man next to me…..about two minutes before his “accident.” Gross.
Believe it or not, we still had a great time even though Ali and I were secretly praying for the game to end. And just our luck they went into triple overtime…but finally pulled out a win.
Sorry MSU, I promise to never cheat on you again!

« I think it’s time for a giveaway….
Wordless Wednesday: My mom has an orange cat too. His name is Scout. He does NOT like having his picture taken. »