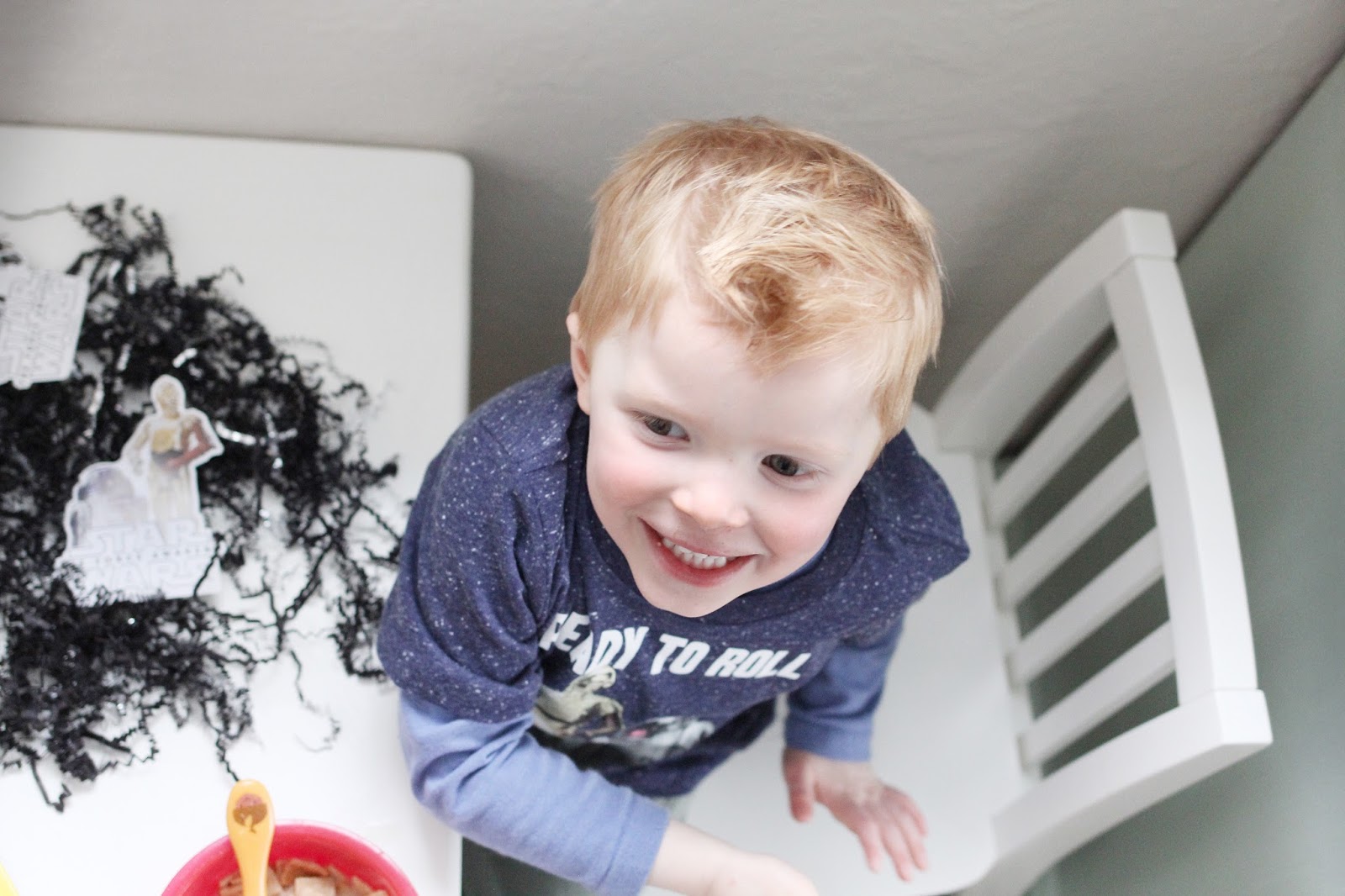 There’s no doubt about it….Hudson is Star Wars obsessed. He isn’t old enough to watch the movies but he plays with the toys and is constantly on the look out for any thing Star Wars related.

So of course he flipped out over the new Star Wars decals in some of his favorite cereals! 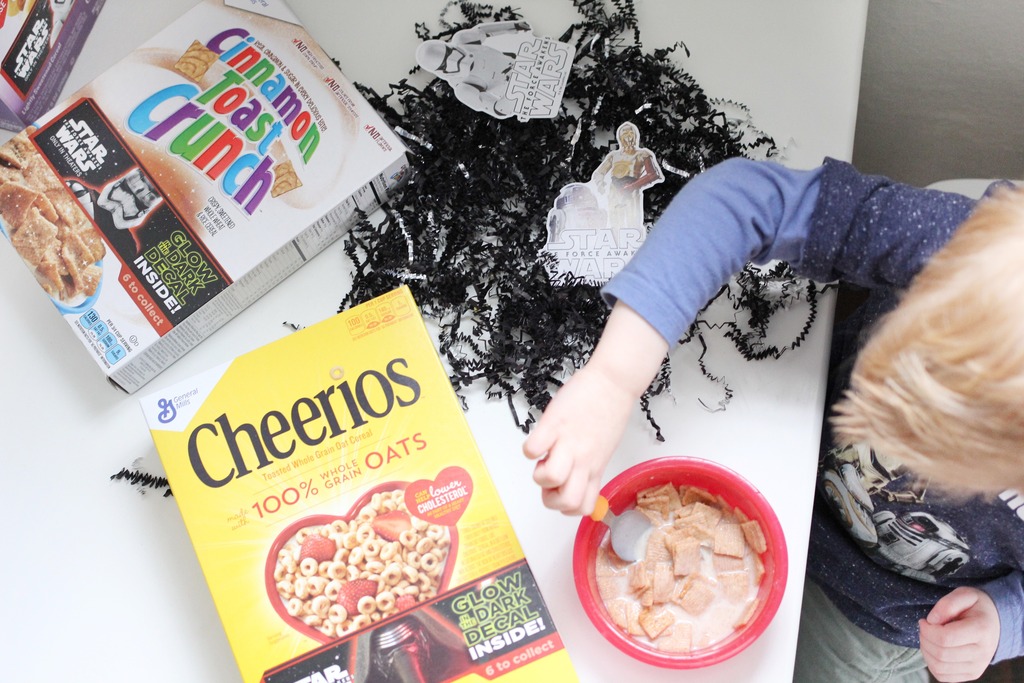 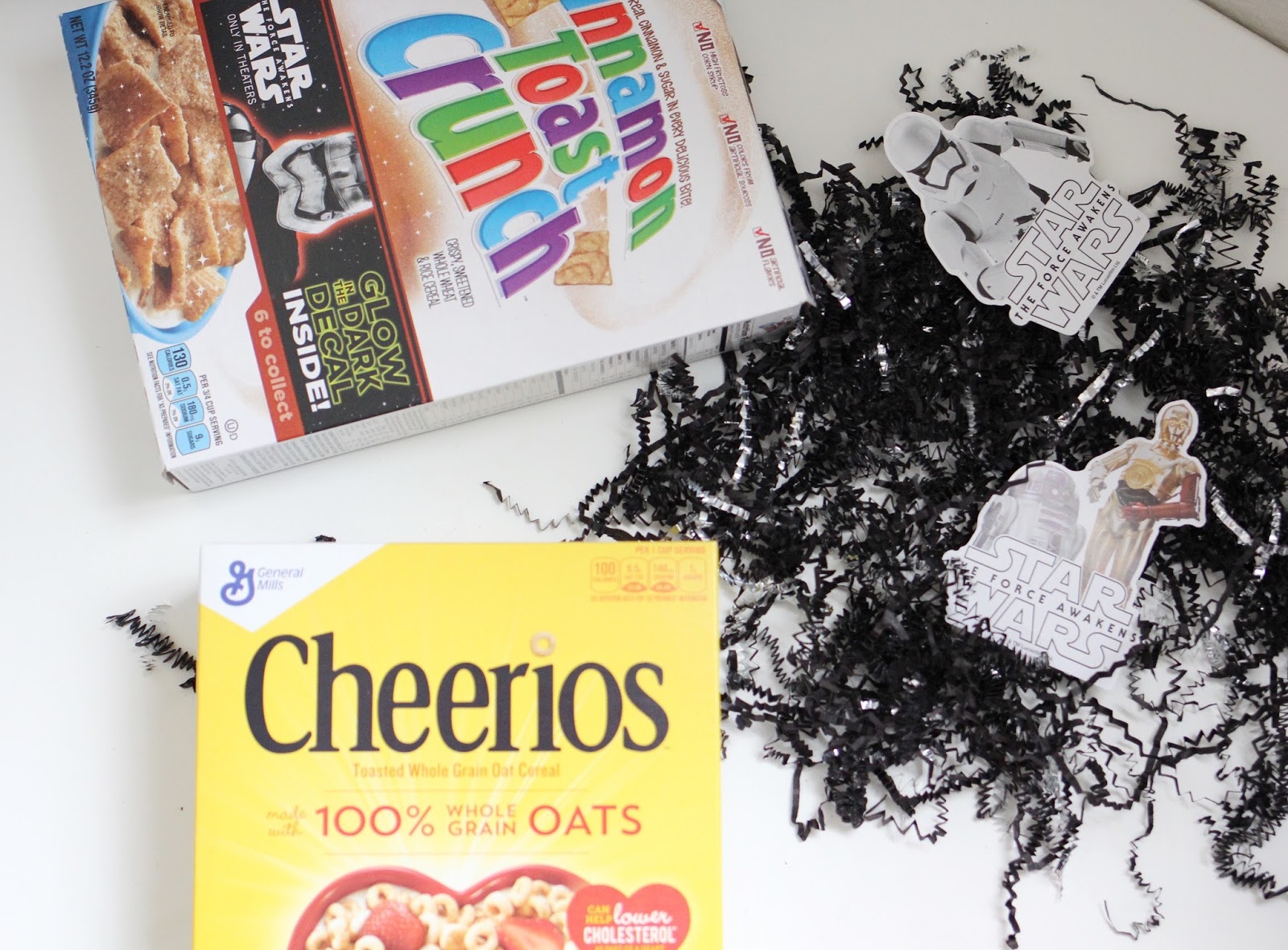 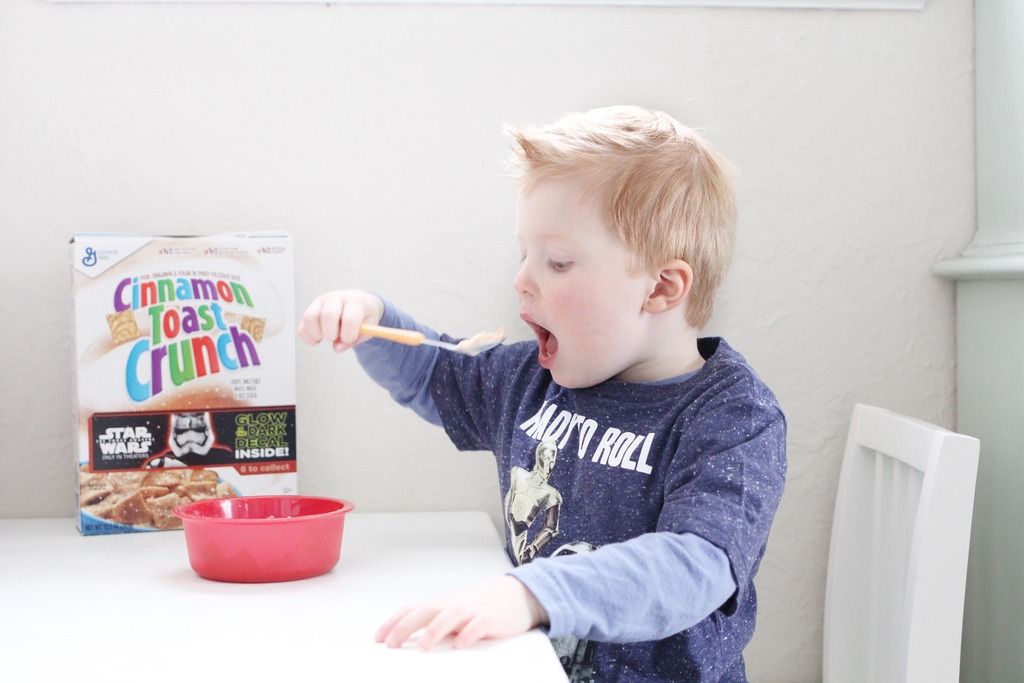 Of course Hudson was thrilled. 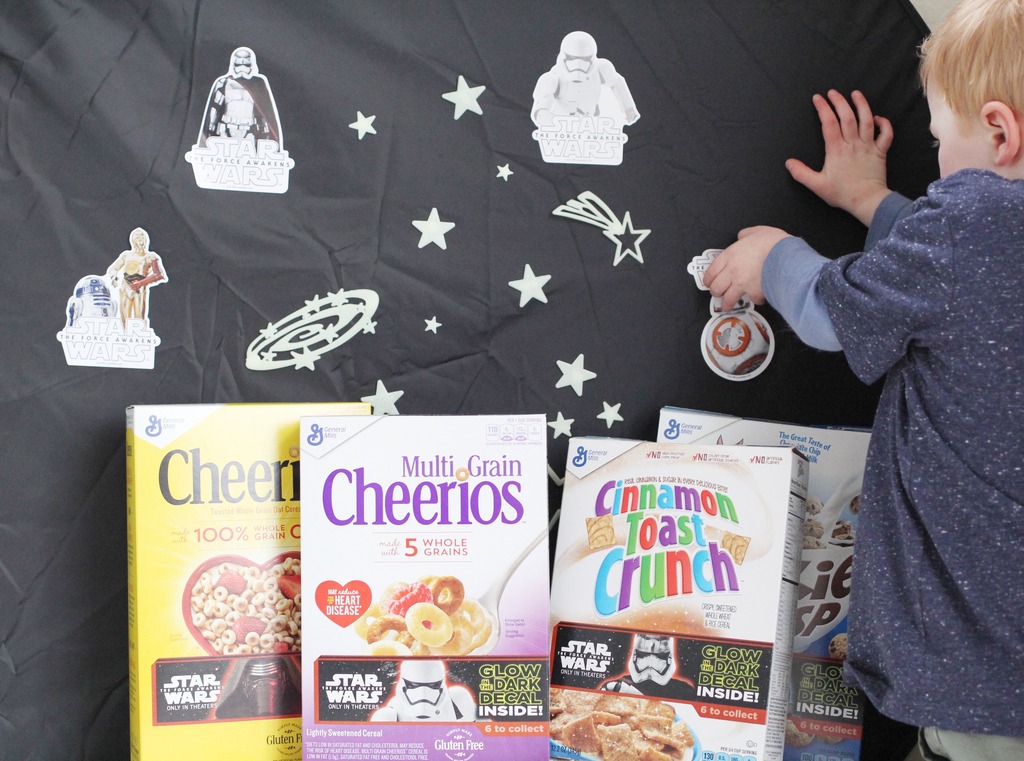 We used the decals from the boxes along with some glow in the dark stars to create a little space scene backdrop. And we plan to use the decals again in Hudson’s new room after we move in this weekend! He can’t wait. 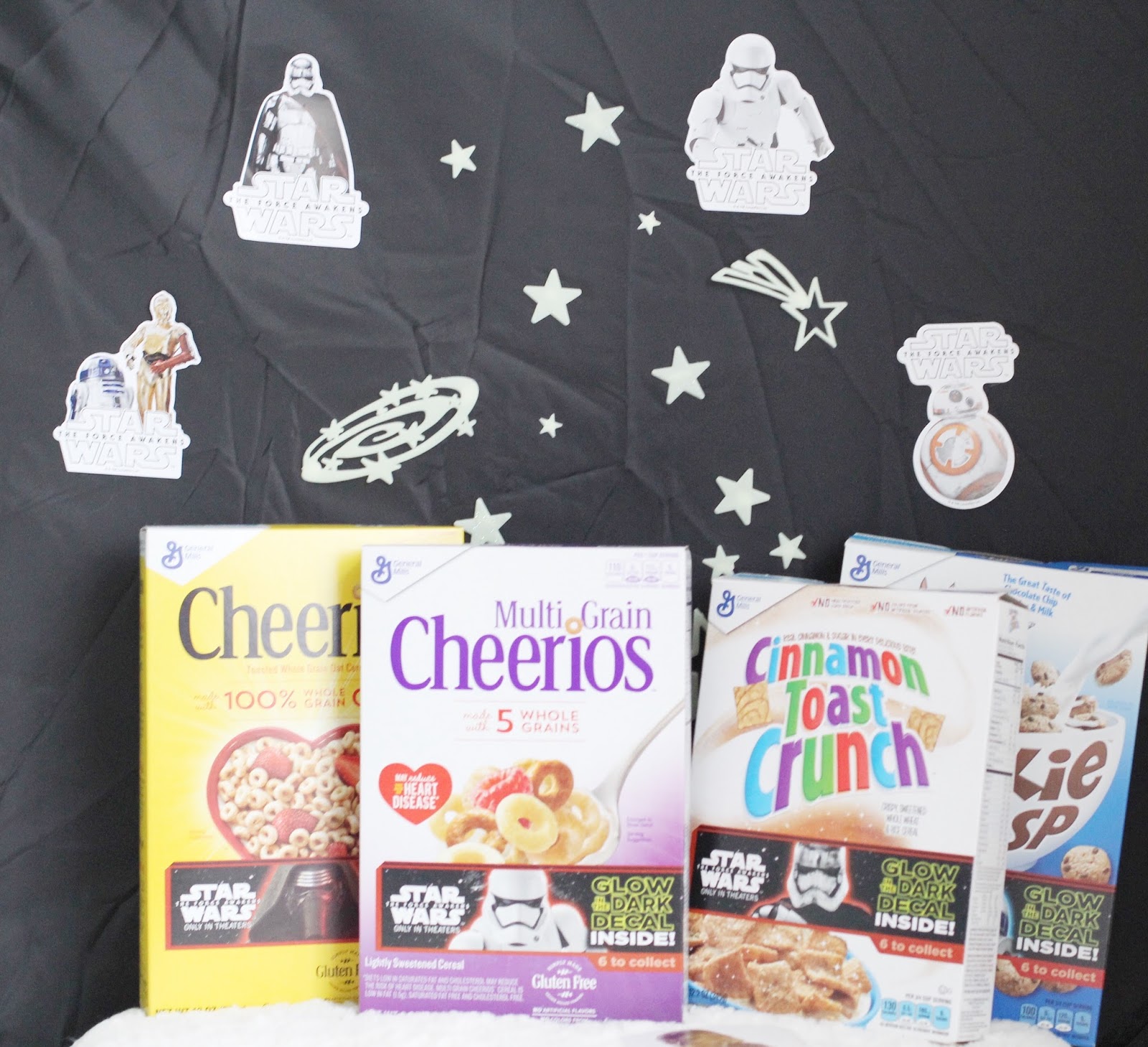 The way to Hudson’s heart is through food and Star Wars. 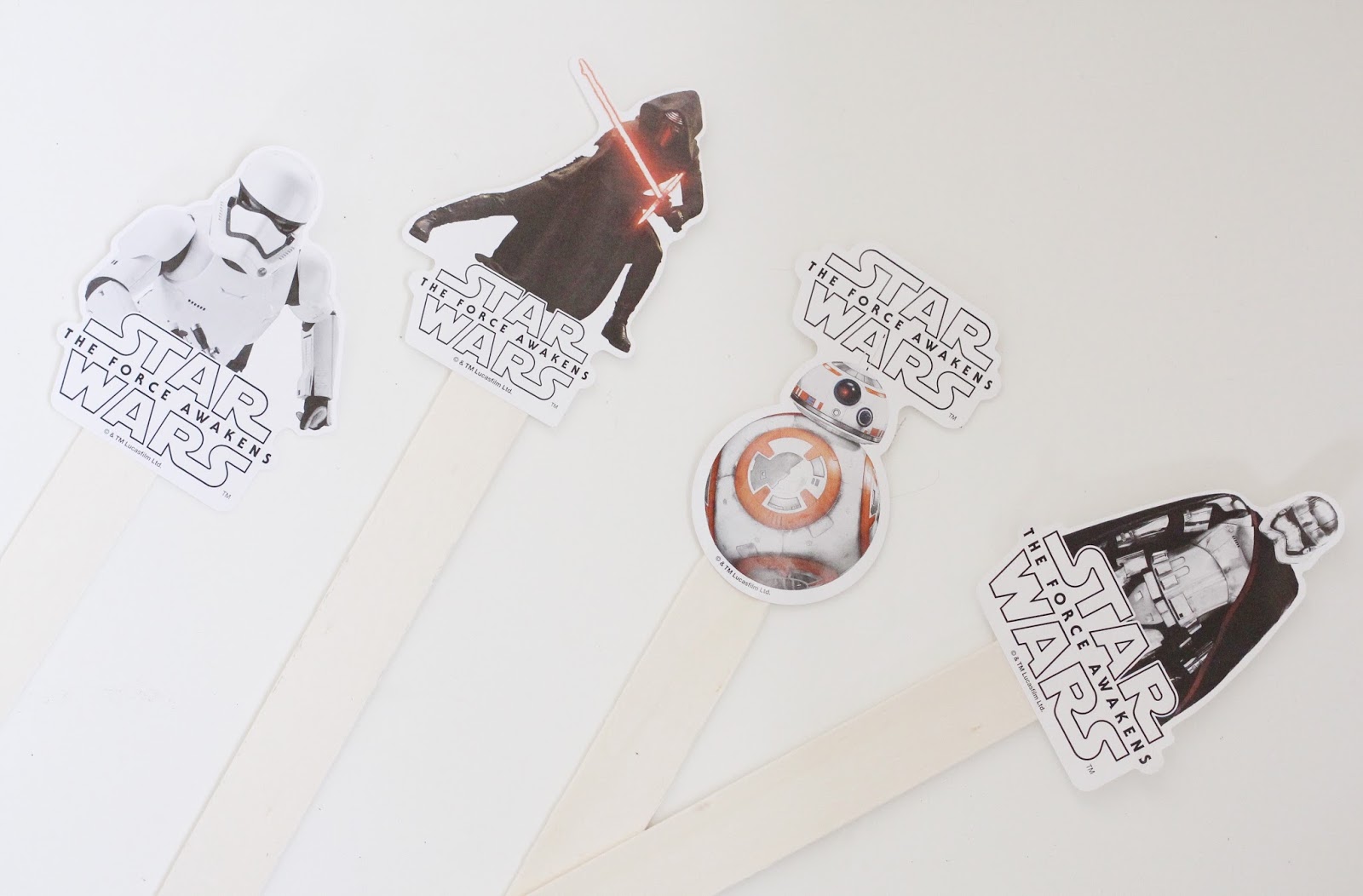 To make things even more fun, we made some stick puppets out of the decals too. They are re-useable so I know we will have lots of fun with these for a long time. 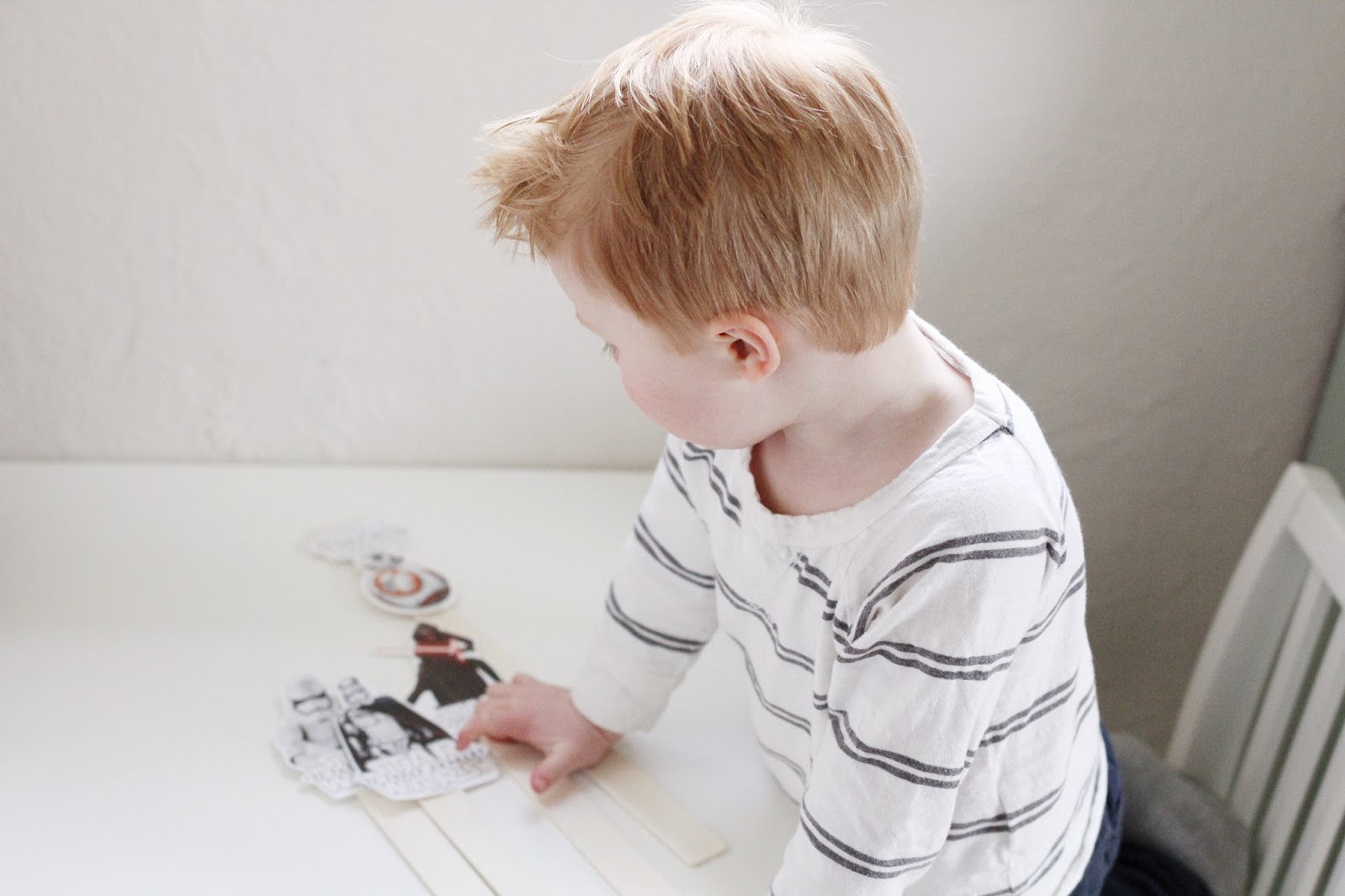 If you ask him, Hudson will tell you his favorite Star Wars characters are R2-D2, C-3PO, and Chewbacca.

He calls the new droid, BB-8 “Silly D2” for whatever reason. And if someone corrects him I’ll loose it. It’s just so stinkin’ cute. So of course Silly D2 is his favorite. I think Hudson is going to LOVE finally watching the Star Wars movies with us some day. But for now we’ll enjoy making up our own stories!
Compensation was provided by General Mills via MomTrends. The opinions expressed herein are those of the author and are not indicative of the opinions of General Mills or Momtrends.

« 7 Things I can’t do that other moms probably can
Sadie Mae: 8 Months »