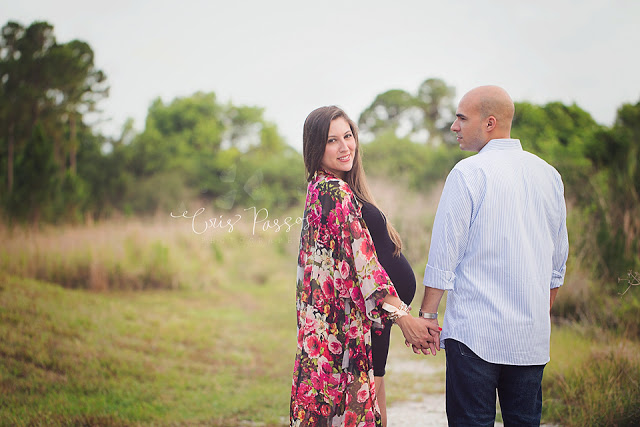 Hi!  My name is Renata and I blog over at Leave it to Ren (Which will be getting a major rehaul soon, bare with me).  I am a full-time, breastfeeding, working, South Florida momma.  My husband and I met when we were nine years old, we started dating in 2004, were married in 2009, and welcomed our sweet Liv in July of 2014.  During my pregnancy I stumbled upon Julie’s blog.  It just so happened that the very first post I read was about breastfeeding and I was hooked.  The Breastfeeding Diaries was like a breath of fresh air.  The women were honest, their words were raw, and their journey, unique to them and their child was beautiful.  From that moment on I knew that one day I would want to share my experience; I too wanted to be there to support, comfort, and hopefully provide some guidance to women during what I believe is the most vulnerable time in their lives.
If I am being completely honest, I had a very naive (Emphasis on the naive) view of what breastfeeding would entail. I mean, how hard could it be?  You give birth, your milk comes in, you put the baby to the breast, and bada bing! bada boom!  Boy, oh boy, was I wrong.  Mastitis?  Clogged milk ducts?  Milk blisters? Clogs?  Sore nipples?  Lanolin cream?WHAT?!?!?

Our breastfeeding journey began the moment I saw that plus sign appear on my pregnancy test.  My mother was unable to breastfeed me and none of my close friends had breastfed their children.  However, I was determined to breastfeed my unborn child.  I told myself that I would do whatever it took to make it work.  I began immersing myself in all things breastfeeding.  Every article, every blog, every pamphlet that I could get my hands on I would read.  It was like I was preparing for a final exam and I was ready to ace it.

It is important to note that I like having control over all aspects of my life.  When I discovered I was pregnant I had unrealistic expectations of what the next 40 weeks would look like.  I had a plan.  I was NOT going to deter from that plan.  Then I went a week past my due date and had to be induced (Game changer my friends).  Having to be induced was a defining moment in my pregnancy and in my future role as a mother.  It was then that I realized that I had absolutely no control, none, zero.  So, I just let it go.

My heart almost exploded when the doctor handed me my daughter.  She was so tiny, so precious, so beautiful, and she was mine.  Liv opened her eyes and in that moment time stood still.  We had skin-to-skin and immediately the nurse helped me to latch and nurse my baby.  It was so easy, so natural, I could do this with my eyes closed.  That Tuesday afternoon met all of my expectations.  I kept thinking to myself, “Wow, this is so easy, why was I so worried?”  Little did I know what was to come.

We left the hospital Thursday morning, which coincided with my milk coming in.  Breastfeeding during our stay at the hospital was easy.  The nurses checked our progress and they were happy, proud even.  They praised how well it was going.  Sure, my nipples were a little sore, but, that was to be expected, right?

Our first day at home was nothing like I had expected.  My milk had come in, my breasts were engorged, and the soreness in my nipples had gone from a 4 to a 9.  What was going on?  It was time to feed Liv and when I tried to get her to latch she just turned her head and cried.  Why wasn’t it working?  Wasn’t it supposed to be easy?  Where were the nurses to tell me I was doing it right?  I remember becoming anxious, “Was I going to starve my baby?”  So, I tried the left breast, and then the right breast, and then the left breast, and then the right breast once more.  Nothing.  Nothing.  Nothing.  Liv became frustrated and I started to cry.  What was going on?  I was feeling defeated and confused.  How had it all changed in such a short period of time.  My mother and husband assured me that it would be okay, and that whatever I decided to do, they would be there to support me.  All they wanted was a happy momma and a happy baby.

After what felt like hours of crying I gave in and fed Liv a few ounces of formula; she gobbled it up.  Our first night was just as expected, exhausting.  Liv was up almost every hour.  I would try putting her to the breast and after what felt like hours of frustration I would give her a few more ounces of formula.  The next morning was our first appointment with the pediatrician.  She immediately put me at ease.  Her calm nature made me feel relaxed and comfortable; it was as though we were long-time friends.  We discussed how the previous night had gone and how I desperately wanted to breastfeed.  She asked, “Would it be okay if you showed me what you are doing?”  And that made all the difference.  She helped me to latch Liv and assured me that I was doing just fine.  I can’t explain it, however, she gave me the motivation to keep going.  Unlike the lactation consultant that I had seen at the hospital, our pediatrician made me feel like I could do this.  “Yes, it would be hard”, she said, “But it isn’t impossible”.

The first few weeks were trying.  I was exhausted, my nipples were sore, and every-single-time Olivia would latch I cringed.  My nipples were warriors.  They had gone through unexpected battles.  But, with lanolin and coconut oil they made it through.  During this time I also discovered that I had an oversupply.  Olivia would feed one breast at a time and until my milk was regulated I remember waking up leaking, engorged, and in pain.

One morning at four weeks postpartum I woke up in horrible pain.  My body ached, my head hurt, and I was burning up.  So, normally, I assumed I was coming down with something.  I mean, I was running on little to no sleep, of course my immune system was down.  Then I took one look at my left breast and knew there was something wrong.  There was a triangle like shaped redness and it was hard to the touch.  I immediately called my gynecologist.  Turns out, I had mastitis.  Yes, my oversupply caused a clogged duct which caused mastitis.  I was on antibiotics for ten days and on the fourth day I thought I had a relapse.  At five months postpartum I discovered another clogged milk duct, this time in my right breast.  After lots of massaging, warm compresses, and dangle feeding I was able to work out the clog myself.  But, I kept on breastfeeding.

When Olivia was 17 weeks I returned to work.  It was by far the hardest thing I had to do. The thought of not being with her left me all sorts of emotional.  Also, I was very overwhelmed by the breast pump.  I had pumped a few times before going back to work, however, the thought of pumping at work gave me anxiety.  A few weeks after I went back to work I discovered a milk blister on my right nipple.  That was completely unexpected.  Without thinking I popped it, man, was that not a good idea.  The next day when I pumped my milk was pink, there was blood.  Would I be able to feed this to Olivia?  What was wrong?  Would I get thrush?  I was able to feed Olivia the milk, there was nothing wrong, and I didn’t get thrush.  I settled into a nice routine of pumping in the morning and in the afternoon at work.  And, pretty soon it became second nature.  Yes, it was hard.  Yes, I was tired but in my heart I knew that this was exactly what I wanted to do.  I was happy, my daughter was happy, and that was what mattered.

Now at 13 months I nurse Olivia in the morning and before bed.  I dropped the first pump at work and will soon drop my second.  For some reason, dropping the second pumping session has been harder than I thought it would be.  Emotionally I am just not ready to let it go.  I intend on letting Olivia wean from the breast when she is ready.  To me nursing has become much more than just nourishment.  It is a moment when time stands still; a moment between just my daughter and me.  I am amazed at what a woman’s body is able to do.

Throughout all of my worries, my doubts, and my anxieties my husband always assured me that no matter what I chose to do, he would be there to back me up.  I am a believer that no matter how you choose to feed your child, be it breast or formula, all that matters is that you do it with love. I remember reading, “Don’t give up on your hardest day”, and during those times where I felt like I just couldn’t do it anymore (middle of the night feedings, waking up to go to work, pumping at work) that phrase would pop into my head.  If I did decide to stop I didn’t want it to be in a moment of despair.  So, I kept on going and going and going and going.

Breastfeeding was not at all like I imagined it to be.  However, with the passing of time it became easier.  Olivia and I worked like a well-oiled machine; completely and utterly in sync.  The one thing I did learn was that I would not have been successful had I tried to go at it alone.  So, here is what I recommend to all the mothers who would like to breastfeed: 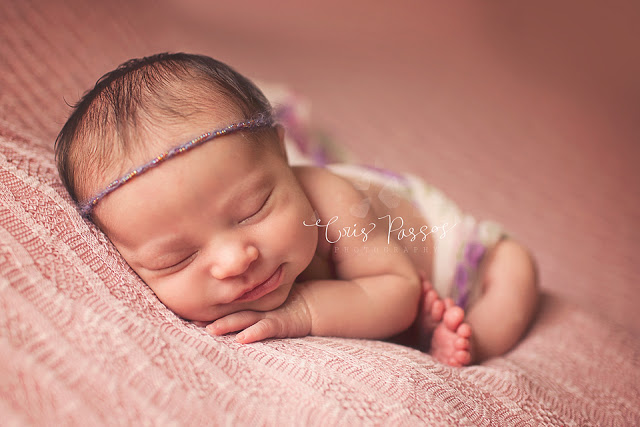 My life was drastically changed that Tuesday afternoon in July.  It no longer became just about me.  And, now that I am coming out of the sleepless fog, I know that I have done everything in my power to provide my daughter with what I believed was best for her and me.  Our experience is unique and our own.  I hope that in a small way I have given you hope that even during the darkest of times, there is a light at the end of the tunnel.  And whatever you decide, it is  okay, your baby will love you the same. 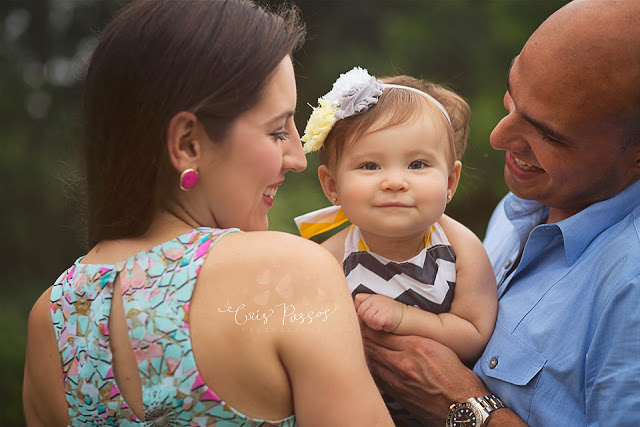