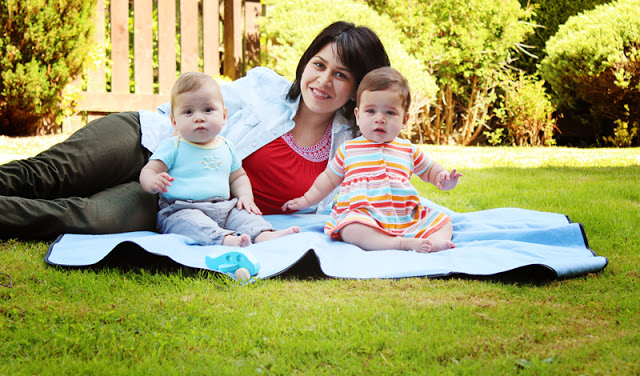 Hello, everyone!  I’m Mercedes–wife, expat, and stay at home mama to my boy/girl twins, born in September 2012. My husband and I have been expats since we got married, living in South Africa and Angola before ending up in Aberdeen, Scotland. I blog over at Project Procrastinot, where you can read about what it’s like raising twins and living far away from home.

I’d always known I would try to breastfeed my children. But when I found out I was having twins, I wondered how it would be possible.  I devoured books on all aspects of pregnancy and multiples pregnancy, searched for blogs by other twin mamas, and in general, thought about it constantly. I determined that not only was breastfeeding twins possible, but I made it my goal to exclusively breastfeed for six months, with the ultimate goal of nursing at least one year. I knew there were lots of potential problems with preterm labor and NICU time, but I did everything I could to make it to full-term, and I delivered my babies via c-section at 37 weeks and 1 day.

Thankfully, no NICU time was necessary for my little ones. But the first moments of breastfeeding didn’t go as I’d hoped. I was feeling pretty loopy from the surgery and my arms were very heavy from the spinal block. A nurse held a baby up to my breast and we attempted to nurse. To be honest, I don’t remember which baby that was–I was pretty out of it. The rest of the day I made several attempts to nurse the twins, some successful, others not so much. I was very weak and ended up needing a blood transfusion that night.

The next day I was feeling much better, and had a visit from the lactation consultant. My son was nursing pretty well but my daughter was having latch issues. The LC talked me through it and told me that she just needed to learn. She also showed me how to use the pump, which I rented and used for a month at home. I wanted to give the babies a bottle of expressed milk at least once a day to give myself a little break.

The LC gave me a very valuable tip–have someone else give the babies their bottle–not me. This was to help avoid nipple confusion, and in reality I used it as my little getaway time. My mom or husband would feed the babies and I would go to my bedroom and pump and watch some TV. At this point, I was pumping way more than we needed for one bottle a day. 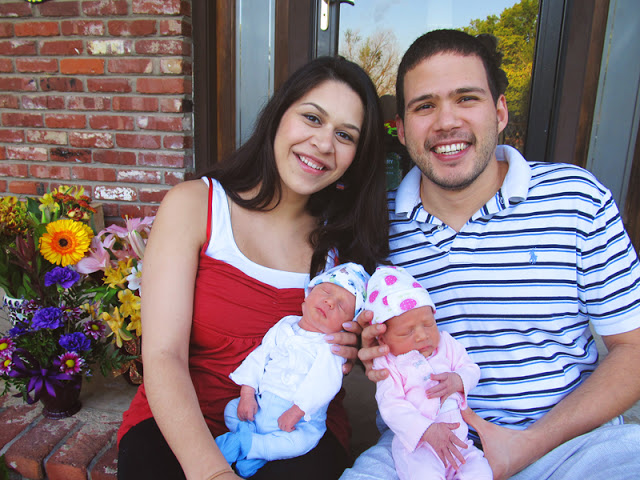 The first few months were absolutely grueling. Growth spurts were killer. Sometimes the babies would go through a spurt one after the other, and sometimes they were simultaneous. Either way, I was physically and mentally exhausted, but I just kept going. There were times when I felt like I wasn’t worth more than my milk because I was literally feeding somebody every hour of the day.

But it did get better. I started using a nipple shield to help my daughter with her latch, and after a few weeks she was doing fine and I wasn’t in pain anymore. My supply regulated and I no longer had to constantly change out the soggy breast pads in my bra. I didn’t enjoy feeding them simultaneously as much because it felt like a chore. When I allowed myself to bond with each baby individually, I was much more relaxed. We were establishing a rhythm, finally.

I really could go on and on about our breastfeeding journey. As hard as it was in the beginning, I’m very proud to have reached our goal of one year. Breastfeeding is the one decision I can be 100% sure of–I am providing the best for my children. 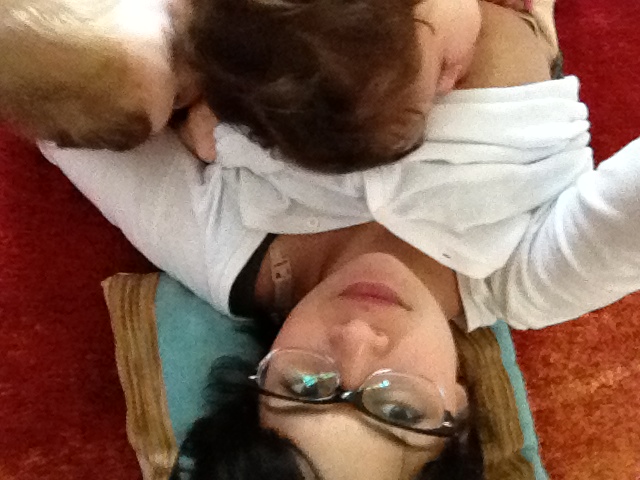 Now that the twins are over one year old, I don’t have any concrete plans to stop, but I am thinking about night weaning. They have never slept through the night and that is one thing I’d like to encourage!

If I could give any advice for moms-to-be who are expecting twins and hoping to breastfeed, I would say to believe in yourself without pressure, and to find like-minded mamas to support you, whether that is at a local twins club or online. Breastfeeding twins is possible and enjoyable and is worth your best effort.

I’d like to thank Julie for sharing her space and encouraging us to tell our stories. I’m so happy to have found this blog and honored to be a part of the Breastfeeding Diaries! 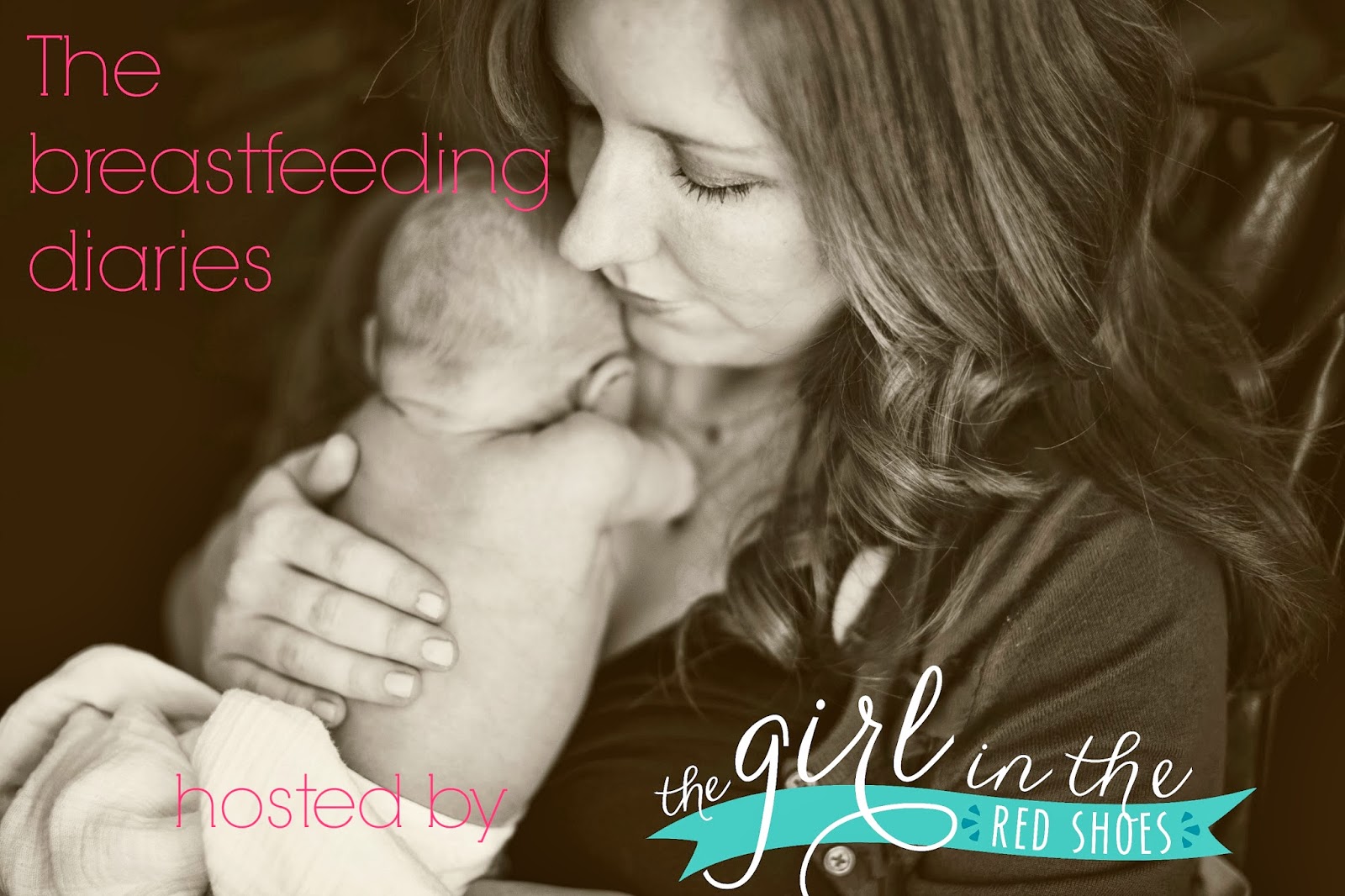 If you would like to contribute your breastfeeding (successful or not!) story, please email me at thegirlintheredshoes @ gmail.