I’m so excited that Julie is sharing my breastfeeding story today!

My husband, Jake, and I welcomed our first baby boy into the world on September 12, 2013. (birth story here) 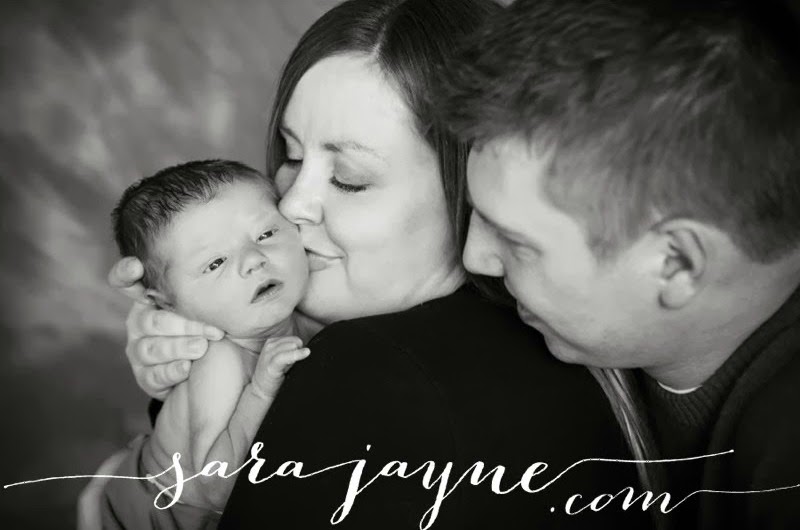 I had an amazingly easy pregnancy, and enjoyed everything about it. (pregnancy posts here) I was excited to become a mommy, and I assumed that breastfeeding would be a part of that. I did a little research on it, but I assumed that it would come relatively naturally, and that the nurses and lactation consultants at the hospital would give me all the help and information we’d need. 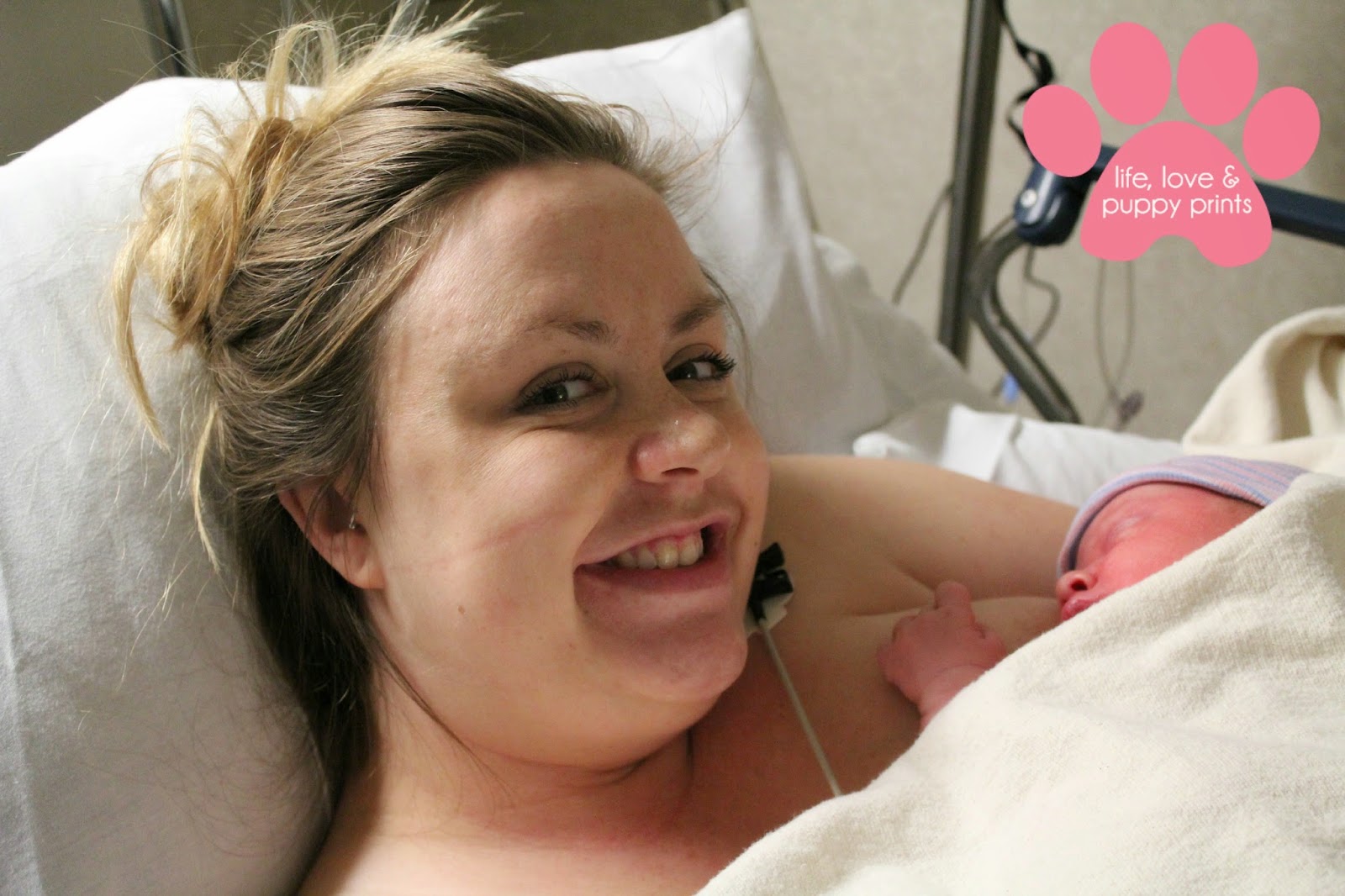 I quickly learned that all of the information and help in the world doesn’t make breastfeeding easy. It’s hard work, and it’s going to hurt. I laugh when I hear “if you’re doing it right, it won’t hurt.” HA. They obviously didn’t have a suckerfish baby attached to them every few hours.

The first 4-6 weeks of breastfeeding are hard. Really hard. You’re overwhelmed, exhausted and you and your little baby are just starting to get to know each other. If you’re anything like me, you’ll bleed, cry, wince and wonder if it’s worth it. But if you stick with it, one day, breastfeeding won’t hurt. And after that, breastfeeding can be pretty awesome. 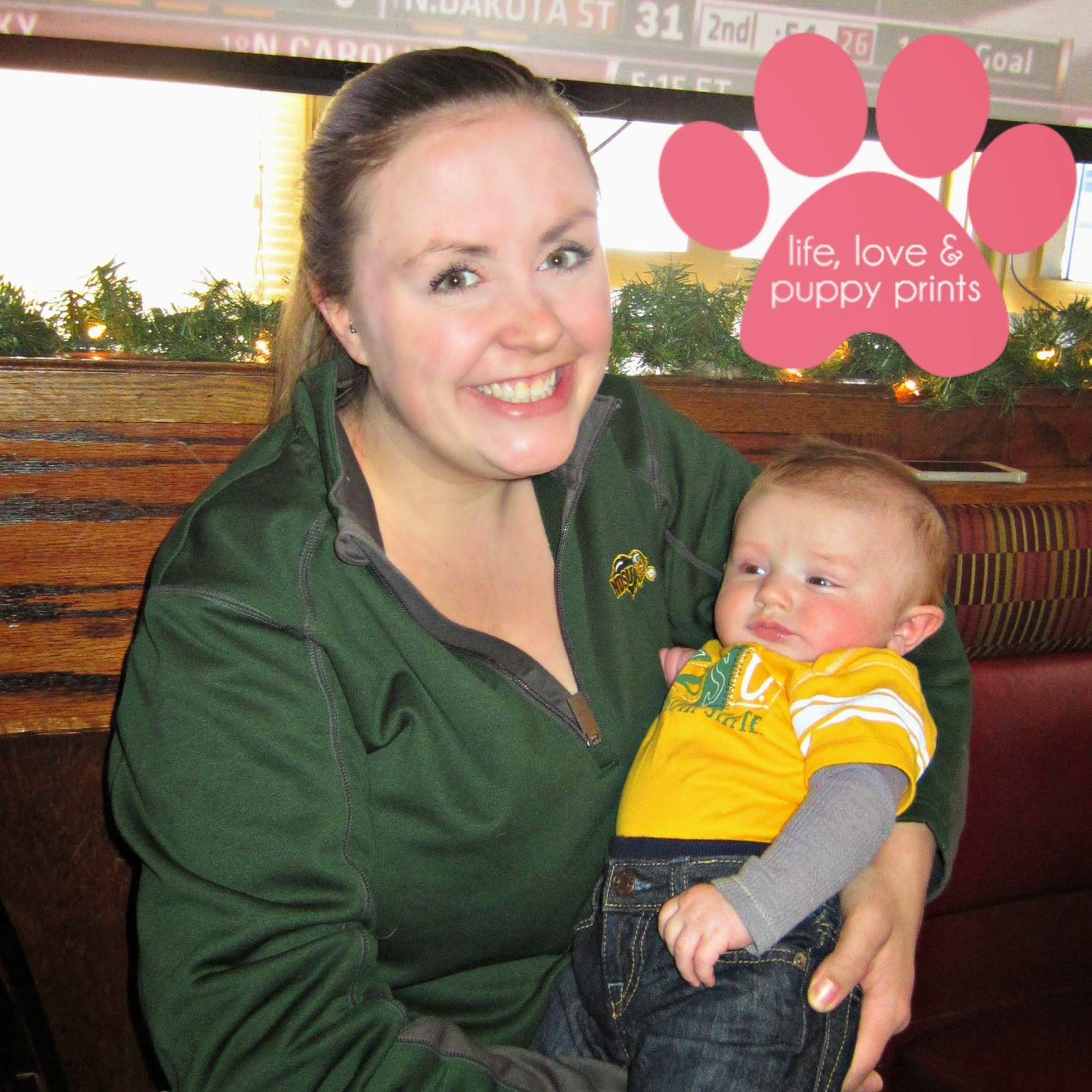 I met with a lactation consultant about a week after Weston was born, and it helped immensely. Weston had already surpassed his birth weight (eating has never been an issue with him!) but it was still comforting to have someone watch me nurse and critique things. She promised me that I was doing everything correctly, and that if we stuck with it, we’d get into a routine. And she was right.

Another thing she told me was to start pumping right away. By pumping milk, I could build my supply for when I went back to work, but we could also start giving Weston a bottle. She warned me that if we waited too long to give Weston a bottle, he may refuse it, and going back to work would be that much more difficult. I don’t know about him refusing it, but I do know that pumping and doing a bottle feeding was the right choice for us.

Jake would give Weston a bottle every evening, and I would pump while Weston ate. It gave me a break from nursing, and gave Jake a chance to bond with Weston. After a week of that routine, I added in a morning pumping session as well. I quickly started building a supply, and I was hooked. I knew that I wanted to pump enough milk so Weston could have breastmilk for his first year. Luckily, my body produced quite a bit of milk, and my stockpile grew quickly.

When I went back to work, I had over 500 ounces. To make sure the milk stayed as fresh as possible, I used the frozen milk for bottles while I was at work, and froze the milk I pumped while at work. By February, I had over 1,000 ounces frozen. That sounds like an obscene amount of breastmilk, but it actually was only a month and a half supply if Weston only drank bottled milk. Even though 1,000 ounces wasn’t enough to stop all together, it did give me a chance to slow down the pumping. I cut out the weekends, and went down to one pumping session a day at work. By doing this, I pretty much just kept the supply at 1,000 ounces, but it was worth it because I was able to disconnect from the pump a little. (detailed breastfeeding/pumping story here)

In June, I was finally done with the pump. I had enough milk to get us to a year, and I was ready to be done. I still nursed Weston at wake-up and bedtime, and he got bottles during the day. When Weston turned 11 months old, we eliminated the morning nursing session and replaced it with a bottle. I knew that we’d be done nursing all together around the year mark, but I had no idea how to end it. I was stressing about it, and Weston must have known, because that sweet boy gave me the best possible ending to our breastfeeding journey possible. (goodbye to breastfeeding post here) 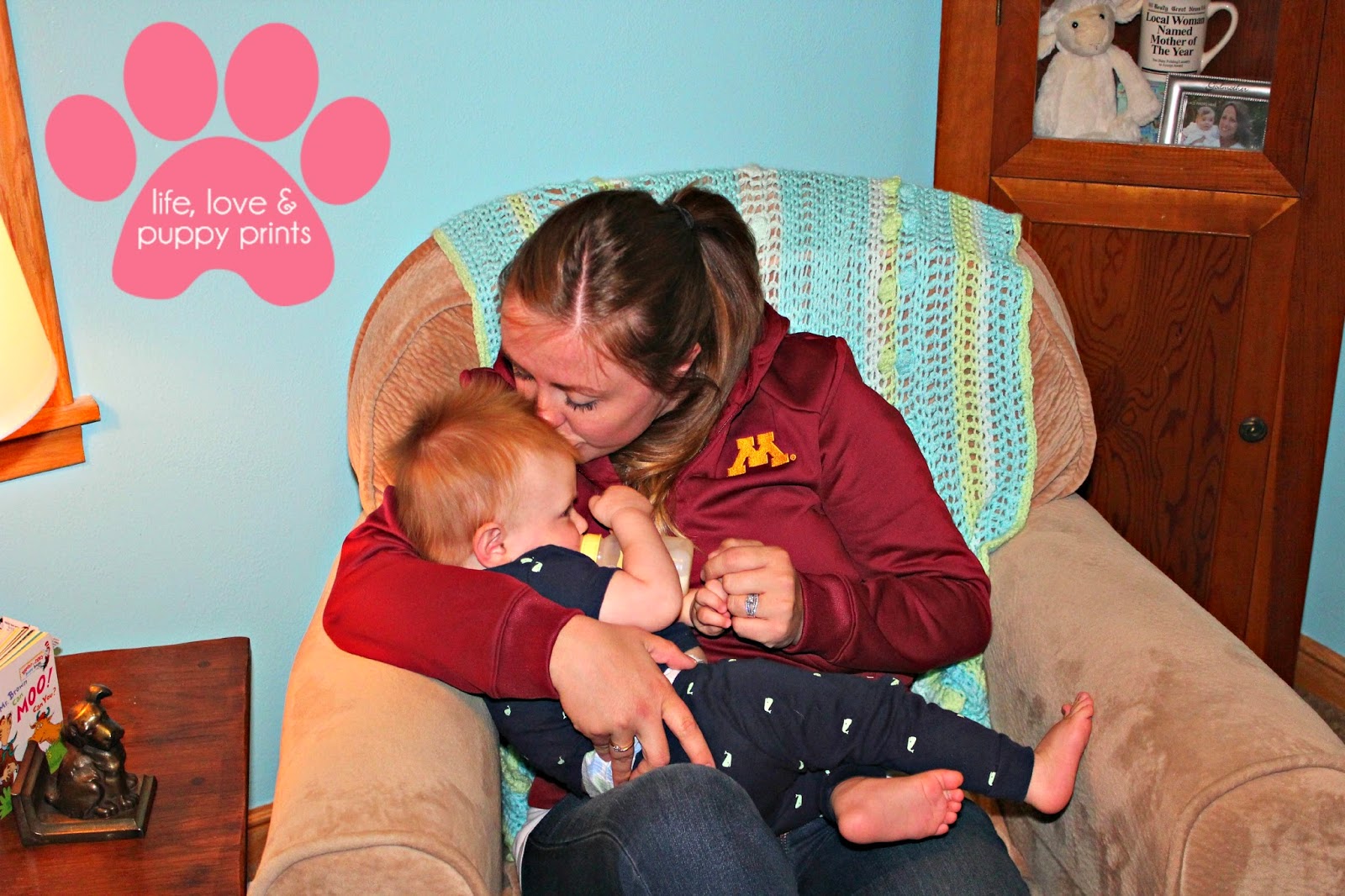 We transitioned Weston to whole milk a couple weeks before his first birthday, and he was a champ. He didn’t even flinch, and the transition was so easy. I am so proud of my body for being able to feed my son and help him grow into the strong, healthy and amazing little boy he is today. 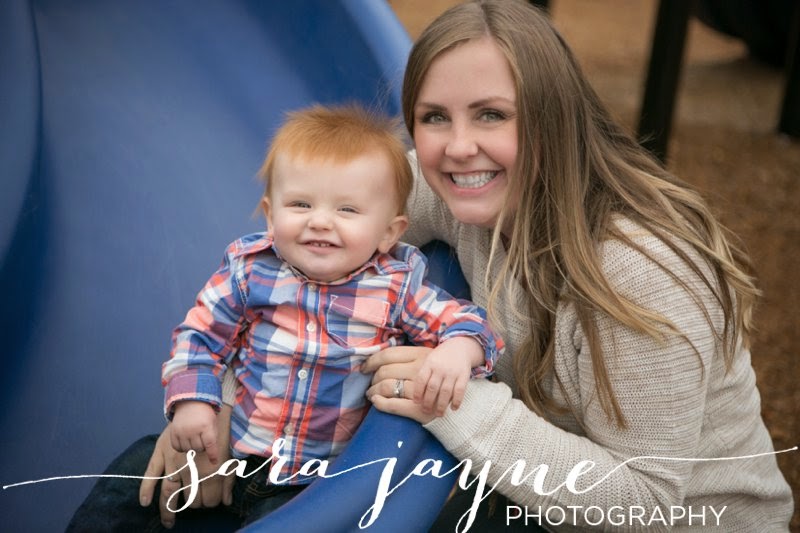 Breastfeeding is not the easiest choice, and it takes an amazing amount of dedication and effort. There were times where I thought that it would be easier to just give Weston a bottle, or that I “didn’t need to pump this once”, but I also knew that every ounce of milk is truly gold, and so I nursed and I pumped. Even when I didn’t want to. Nursing in public can be an awkward thing (even if it shouldn’t be!) but I found that using a nursing cover worked for us, and we got pretty good at it.

Through my year of breastfeeding, I learned a few things.

Things I wish I had known when I was starting out… so I’m sharing them with you!

– it might hurt. Sometimes, your nipples just need to get used to being sucked on all day, and the cracking, bleeding and healing needs to happen. It’s not fun, but it happens. That being said – it’s still a good idea to check with a lactaction consultant to make sure there are no issues.

– meet with a lactation consultant OUTSIDE of the hospital. I was in such a daze while in the hospital, a lot of what she taught me went right over my head. Meeting with an LC after being at home for a while helped us so much. It made me feel better to know that we were doing everything right and that Weston was getting enough milk.

– use Motherlove Nipple Cream. I started out using lanolin, but the LC I met with suggested this, and it is AMAZING. It’s oil based, which means insted of being sticky like lanolin, it glides smoothly, and soaks in quickly. This was a LIFESAVER for me, and I suggest it to ever new mom.

– start pumping early. It’s better to work out all the kinks when you still have time, instead of stressing about it the week you go back to work. (if you’re going back to work) Even if you’re a SAHM, you’ll want some milk stashed away for dates and girls nights.

– freeze your breast milk flat. If you’re freezing your breast milk, LAY IT FLAT. It takes up so much less room, and makes storing them so much easier. I recommend the Lansinoh bags – they were my favorite by far.

– do what works for your family. Whether it’s exclusively breastfeeding, exclusively pumping, a mix of both or formula – if it’s best for your family… DO IT. Mommy judging happens way too often, and as long as mommy and baby are both happy and healthy – that’s the best way to do it. 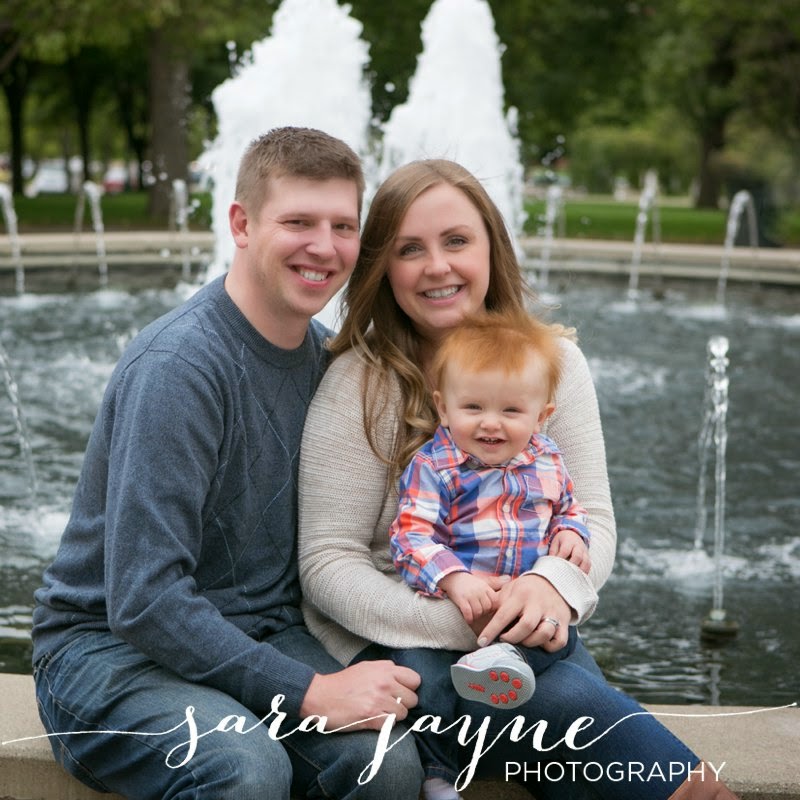 Thanks again to Julie for letting me share my story!

« I’m Dreaming of a Farmhouse Table….
10 Tips to Surviving Your Toddler’s Public Meltdown »

One more from yesterday because I do what I want.

There’s nothing like being in a parade AND getti

Happy July from these three crazies!

Chicago, thanks for the memories!