Today I couldn’t pass sup the opportunity to link up with Momfessionals for Show and Tell Tuesday, High School Edition! I mean, who doesn’t love a good old flashback, high school style? 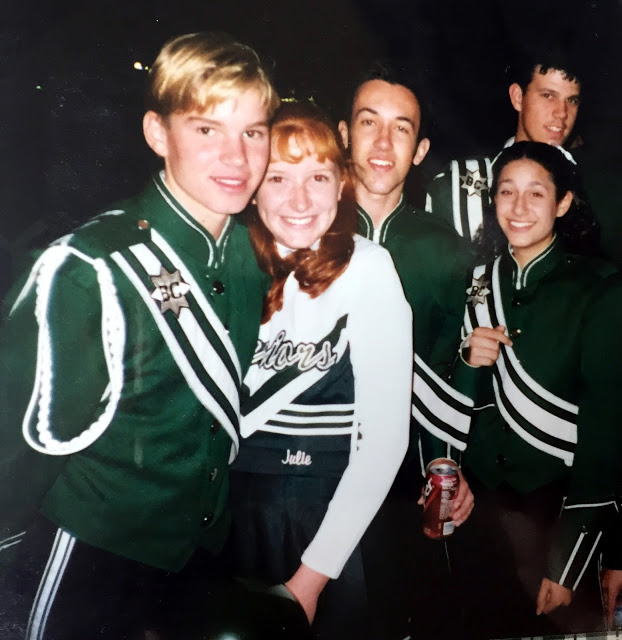 I went to a small private Christian school my entire life, so I grew up with mostly the same people until jr. high/high school. My freshman year I did something kind of out of character and tried out for the cheer team….and actually made it. I think my mom and I both cried we were so happy! You may not know this about me, but I’m like 80% introverted, so this was HUGE for me. I was also in the band (I played clarinet) but my cheering duties got me out of the marching part…thank goodness because playing and instrument sitting down was hard enough for me, there was NO WAY I could have marched around too. At my school practically everyone was in either the bad or choir….and both were really really good. See that blonde boy? He caused me major trouble from 7th grade until 10th grade. More on that later. My best friend Rebecca is in this photo and it just does not do her justice…she’s gorgeous…see more photos below and you’ll know what I mean. She was supposed to try out for cheer with me but couldn’t…..so I did it all by myself.
That blonde boy in the photo above broke up with me, but still hung around all the time so basically every other boy thought we were together. So no one asked me to the winter dance. Talk about fourteen year old girl heartbreak! But I did what any girl would do….walked up to a boy at church who I had my eye on (but had never spoken to), introduced myself, and asked him to the dance. And he said yes! I still can’t believe I did that. 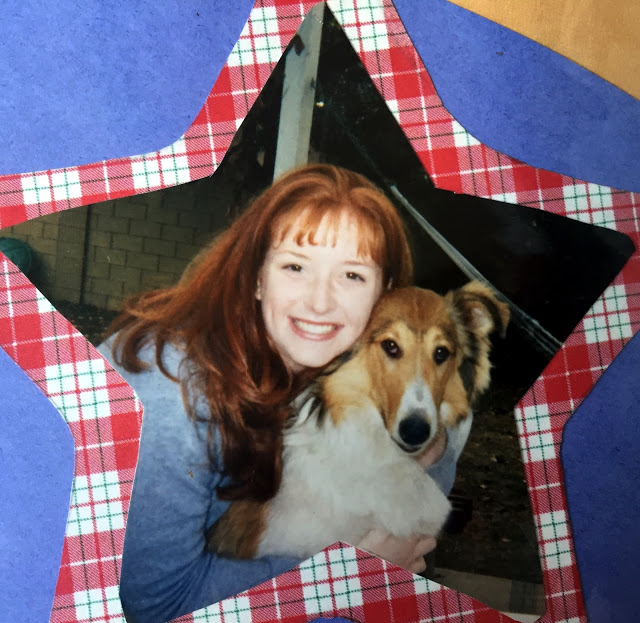 Let’s take a quick moment and reflect on my bangs. Oh. My. Goodness. 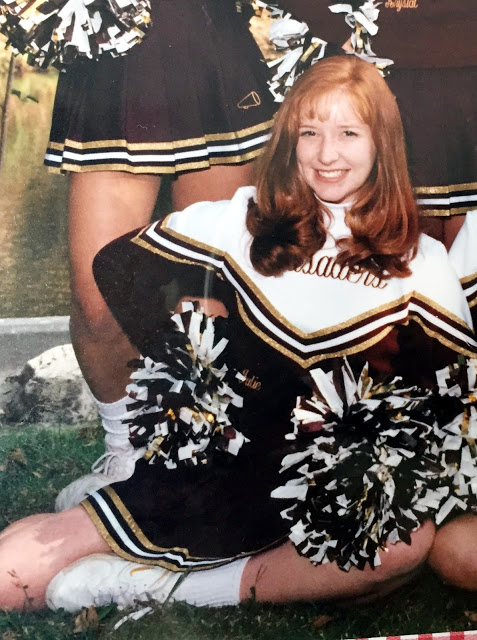 My sophomore year I switched high schools because my old school lost their contract on their land and had to move….but the good news was basically all of my friends switched schools with me, so it wasn’t too bad. I tried out for cheer again at  that school and made it…along with Rebecca this time! And I was captain. It was a pretty good year I guess….I mean, at least it was a better year for my hair. 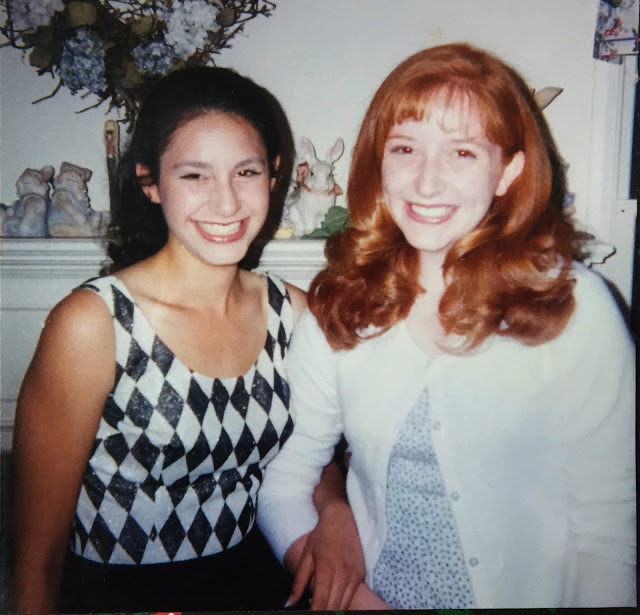 See what I mean? Gorgeous bff. She’s getting married next year and I can’t wait to be in her wedding. More gorgeousness to come! 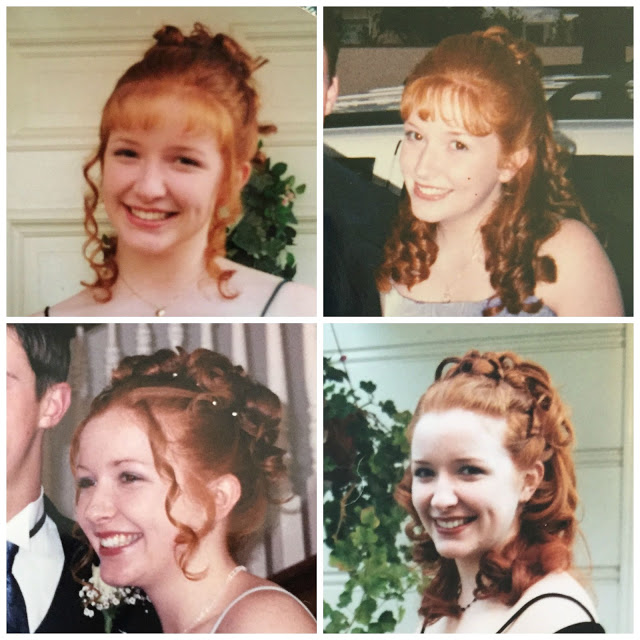 Let’s talk hair some more, shall we? File these under 90s prom hair. So. Many. Bobby pins.
My mom and I joke that I peaked my junior year of high school. And yes, I was the type of girl who told her mom EVERYTHING. In fact, I still am…and I love it. Anyway, not one, not two, but three boys asked me to prom that year! For the girl who had to ask a boy herself this was a big deal, haha. My mom and I also have a joke that if you were supposed to ask me to a dance, and then didn’t, then you would end up miserable at that dance. It was true like 4 different times! I guess I had a lot of dance date drama. Oh high school. 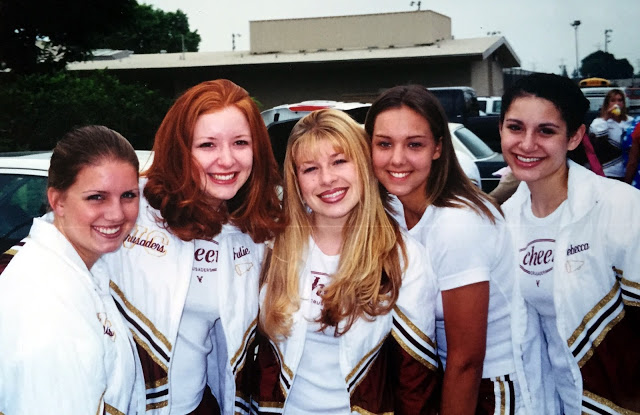 More cheer my senior year…co-captain this time with Rebecca. So many of my memories from high school involve cheer….it was such a great experience for me! 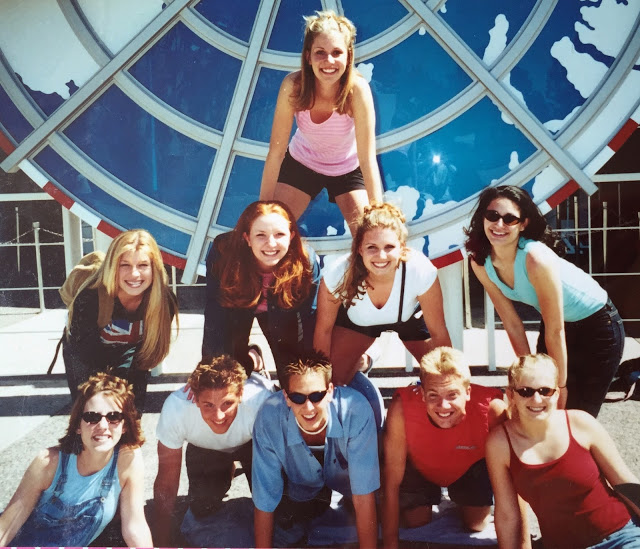 This was our senior trip…we took the train to Sea World in San Diego and apparently made a human pyramid. Funny story,  those boys in the photo helped rescue my mom and I once when our car broke down on the side of the freeway. The boy I was kind of dating at the time was with them coming home from a basketball tournament and they saw a redheaded girl on the opposite side of the freeway….and he swore it was me, so they got off, turned around, and went back to check. I remember being suspicious of the van as it was pulling over to help and then feeling so shocked when all of those boys popped out! It was perfect timing! Ha. Red hair comes in handy. 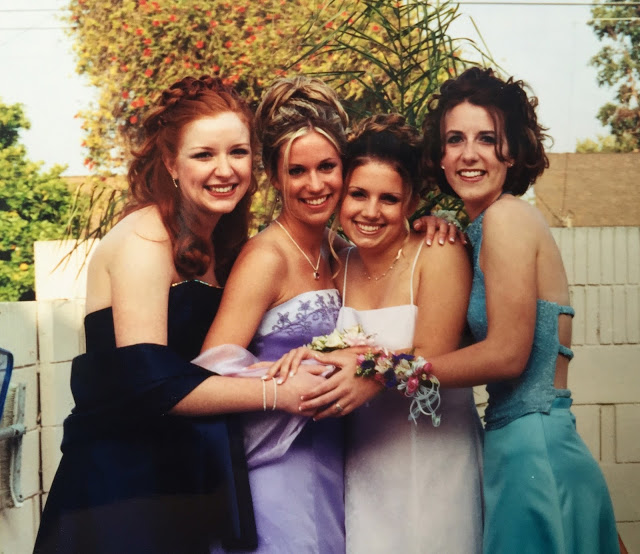 I think I finally got the prom look right my senior year…I still like my hair and dress! My dress was navy blue with some sparkle in it and fit just right. 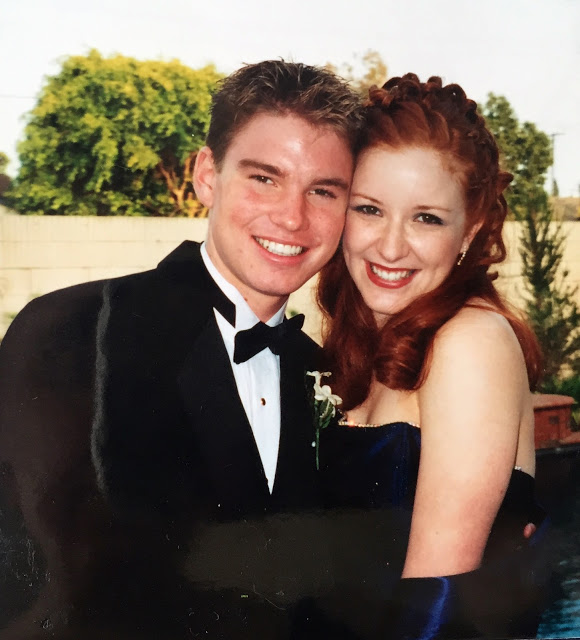 We had two dances every year and I guess no one asked me to the final one my senior year. I really can’t remember why! I ended up going with that same blonde boy from the beginning of this post…I warned you that he stuck around! Probably because we became the best of friends. We were each other’s back up dates my sophomore year too. When I was a senior he was in college but came back to take me to this dance…and now he is gay and happily married. So that explains why there was no “spark” with us. Ha!
So fun to flashback, don’t you think? I graduated in 2001 with a 4.0 GPA (I took a lot of AP classes)…..so I was kind of a nerd too. I think I studied and stressed myself out way more in high school than I did in college! And thank goodness we didn’t have Facebook in high school….because there are a lot of embarrassing photos of yours truly floating around out there. And although it was tons of fun, you couldn’t pay me to go back to high school…ha!

« FRI-YAY
The Breastfeeding Diaries: Jamie from Life with Lily »