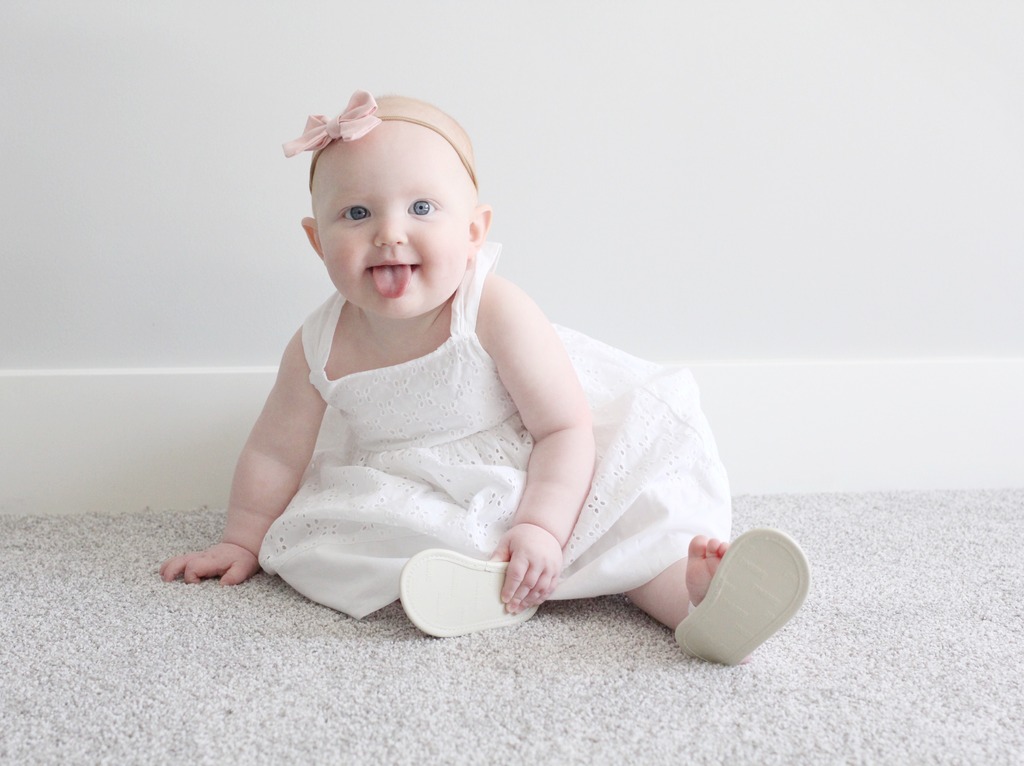 Time flies when you’re having fun. I can’t believe Sadie has been with us for 9 whole months….just as long as she was in my belly! 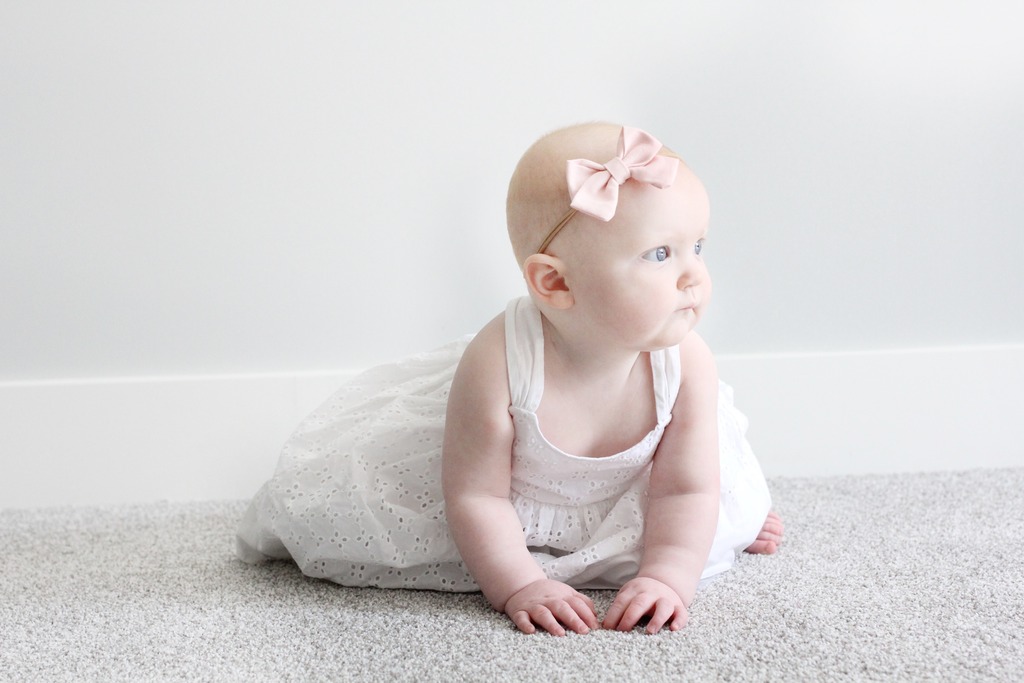 Sadie is pure joy and sunshine. Everywhere I go someone tells me what a beautiful baby she is….and it’s not just because she’s cute. It’s because she’s always bouncing, smiling, and waiving. She just radiates happiness wherever she goes. And I love that about her.
This month Sadie flew on an airplane to California for the first time and rocked it. When we were getting off the plane people let me know they didn’t even know she was there…..except all the people right around us of course….because Sadie made sure to charm the pants off everyone nearby. Girlfriend, however, DID NOT LIKE sleeping in a strange place while we were gone. She wanted to sleep in bed with me the whole time. 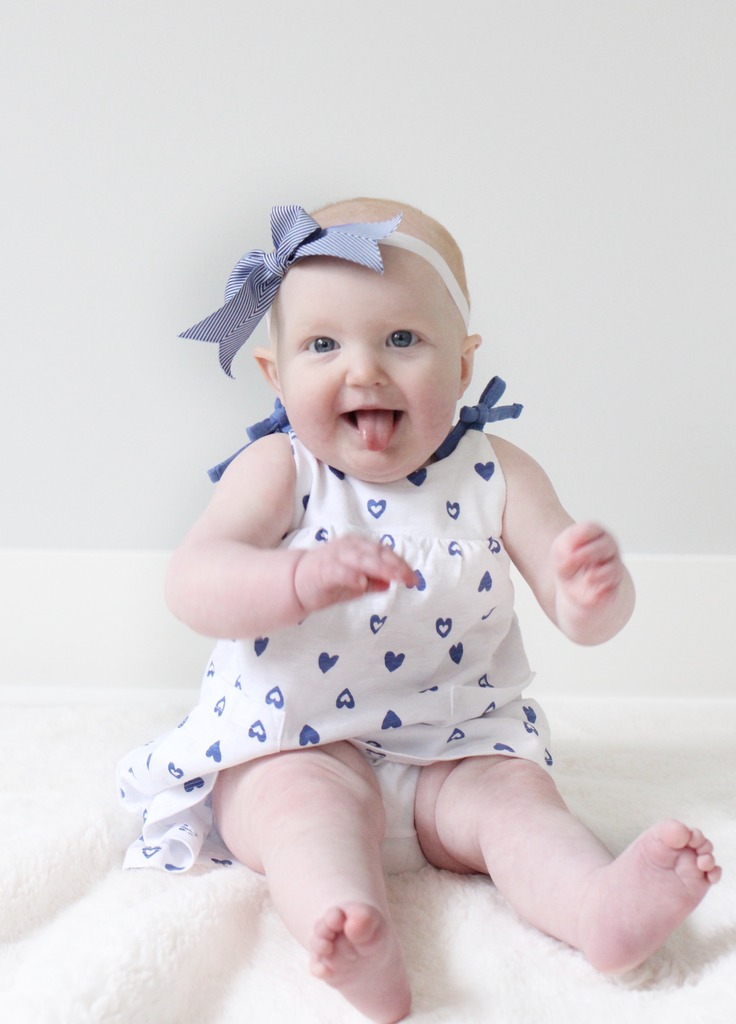 We’ve started calling her puppy dog because that tongue is out ALL THE TIME. And if she wants you to pick her up, she’ll crawl over to you and head-butt you until you do what she wants. Crazy girl. 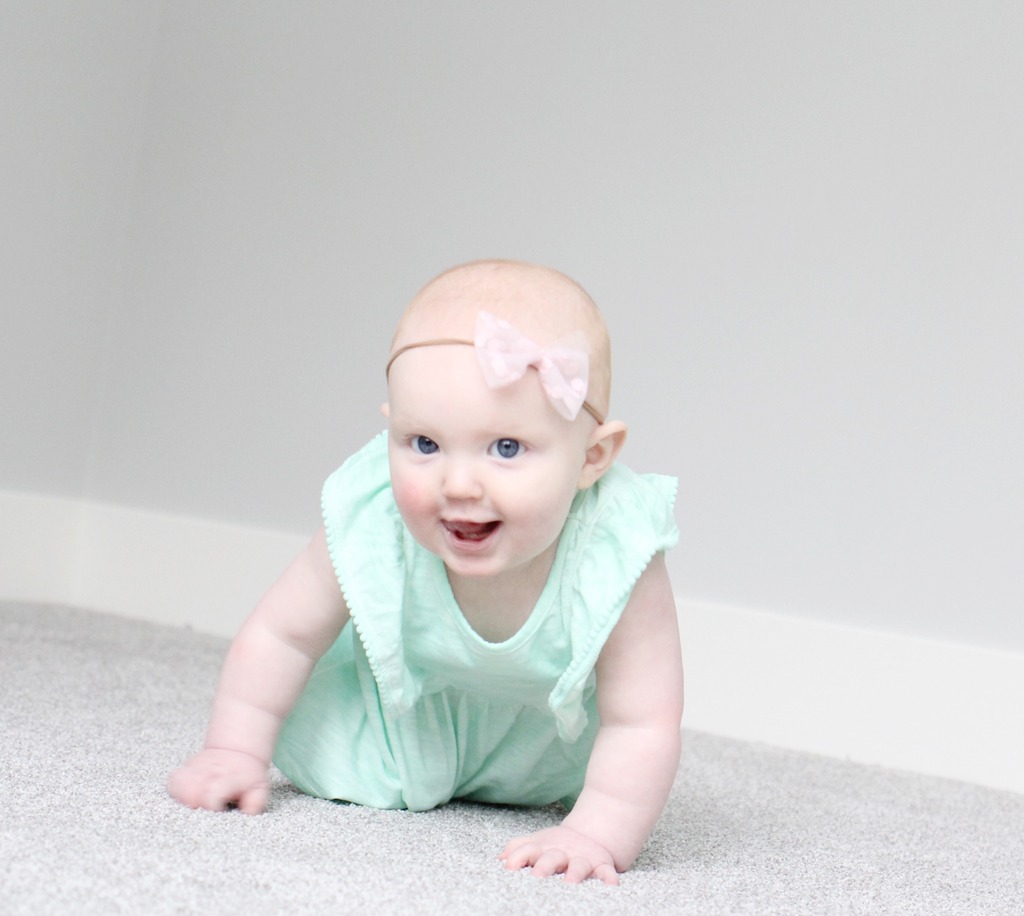 Sadie weighs a little over 20 pounds and has 4 teeth: 2 on top and 2 on the bottom. She is still breastfeed on demand (literally, she demands it by pulling on my shirt and sticking her head down it), but also loves to eat cut up blueberries, bananas, green beans, peas, black beans, cheese, puffs, and applesauce. She flips out over those freeze dried yogurt puffs too. She prefers finger foods she can feed herself over purees. I have about a month’s worth of butternut squash I made that we need to get through and then we’ll ditch the purees for good.
She typically wakes just once during the night and will take 2-3 naps during the day. I prefer for her to get 2 solid naps but with Hudson’s schedule that doesn’t always happen. So she often just takes little cat naps here and there. 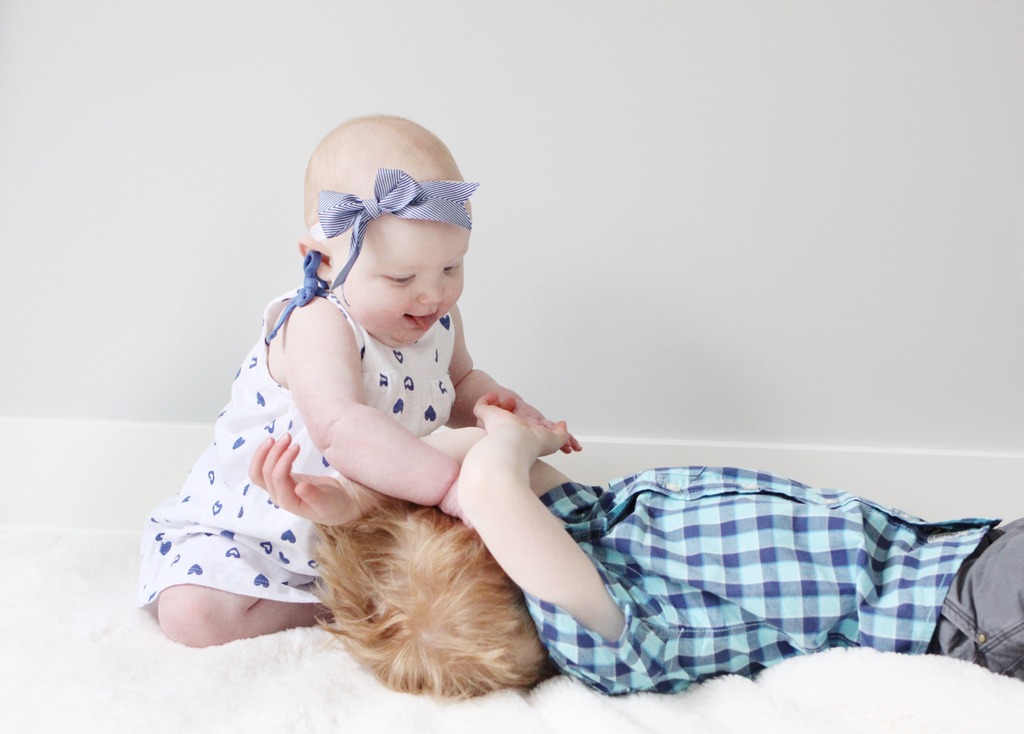 Sadie LOVES Hudson almost as much as she loves mama. She always wants to be with him and play with his toys. She loves to tackle him and slobber on his face! He’s such a good big brother and puts up with her. 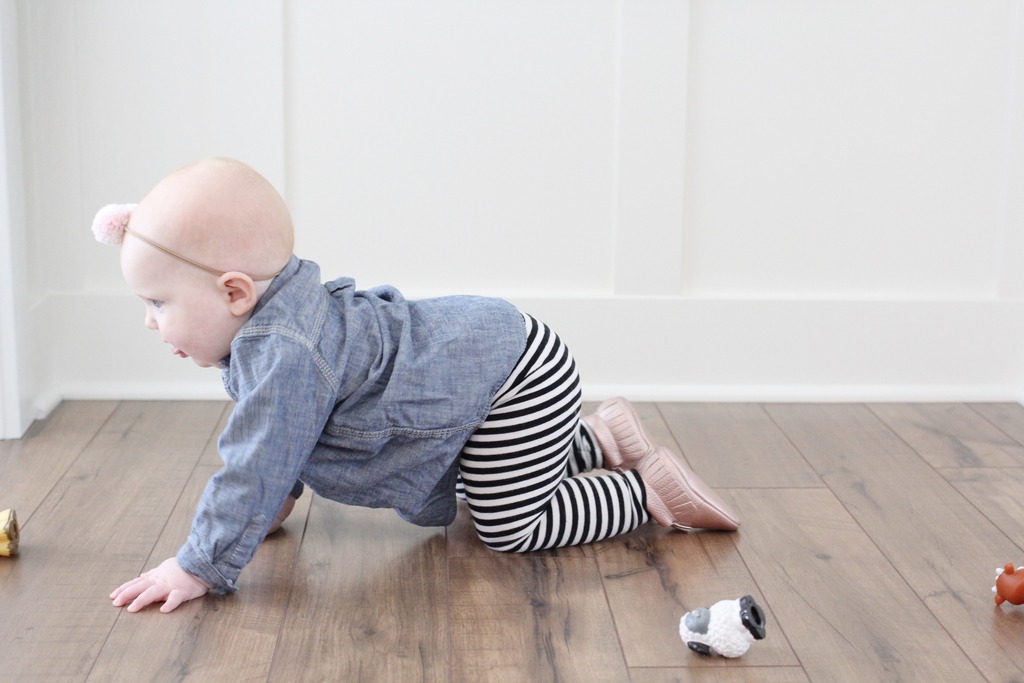 Sadie is also constantly on the go and sticking ALL THE THINGS in her mouth. She hasn’t tried to pull up on furniture yet but I’m sure that’s coming soon. She babbles, and claps, and waives bye-bye (backwards of course!) and is just the best.

We love our sweet girl so much. Happy 9 months Sadie Mae!