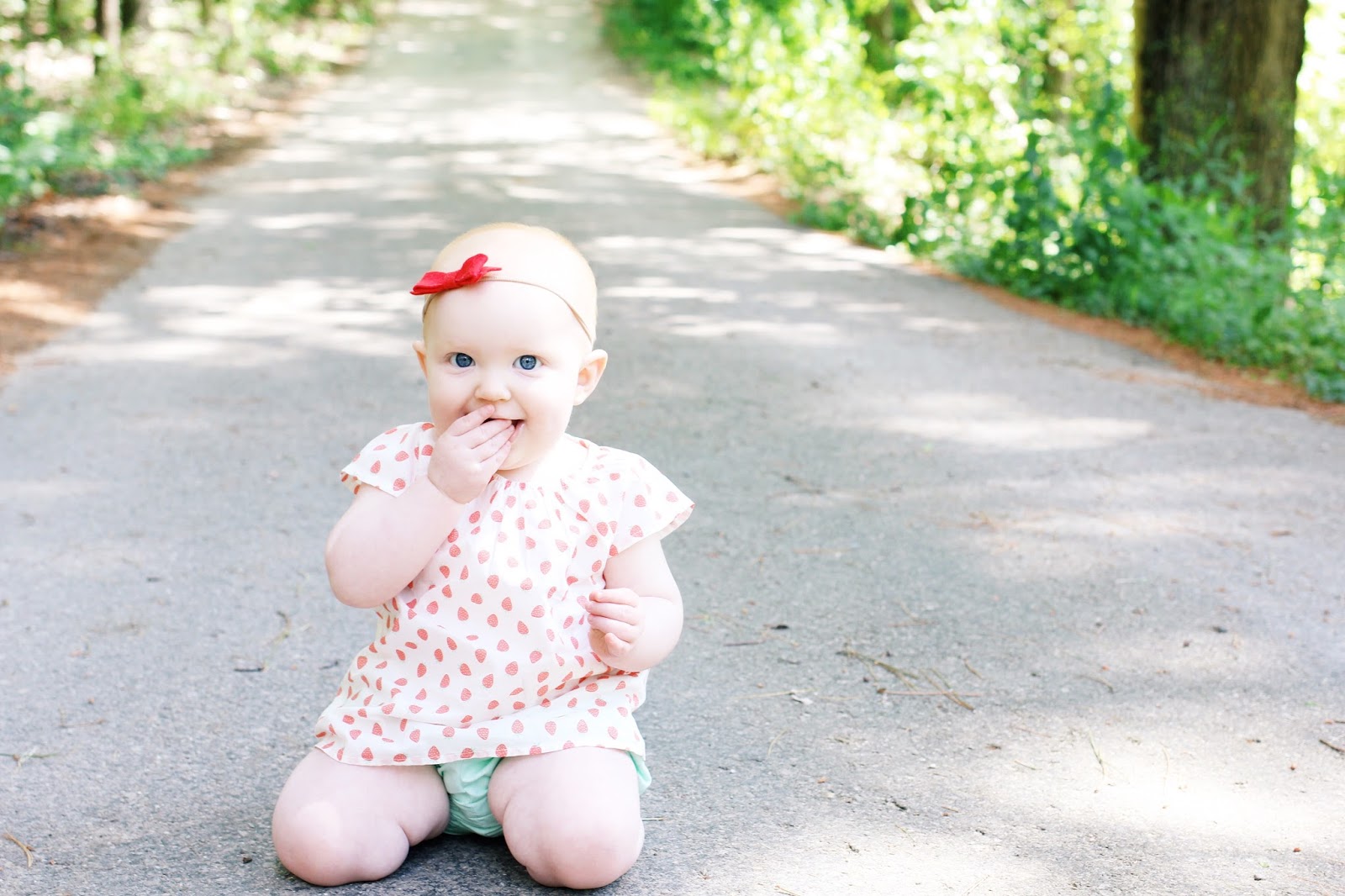 One just seems so old, don’t you think? Sadie is official a toddler now. Someone please hold me while I cry in the corner in disbelief. 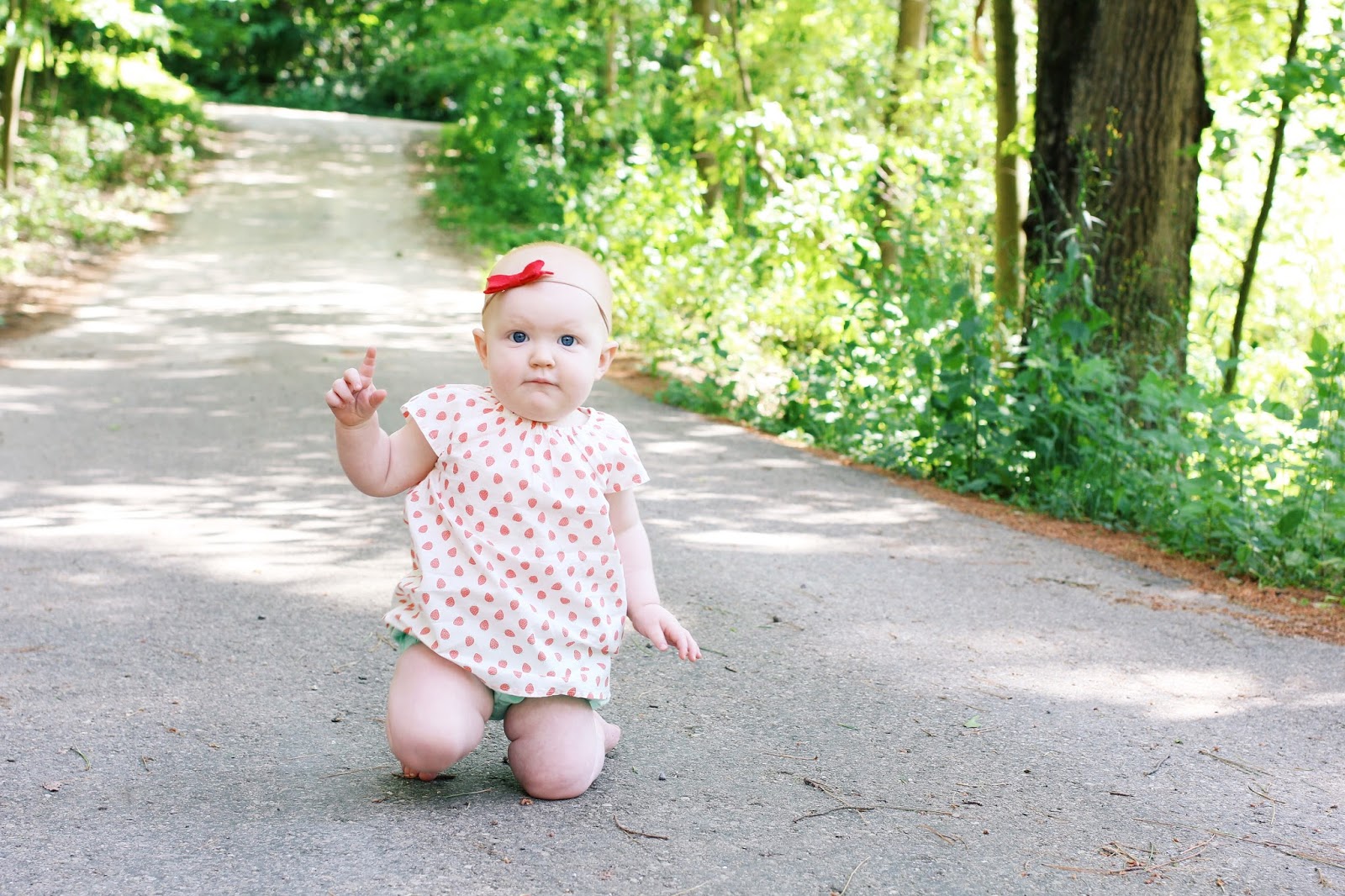 Girlfriend is sugar and spice and everything nice. And sass. And sweetness. I just can’t get enough. She says “mama” “dada” and “kiki” (kitty). She’s started to point to things she wants and it’s the cutest…except when she’s pointing at my ice cream sandwich that I have no intentions of sharing. Then she’s mad. 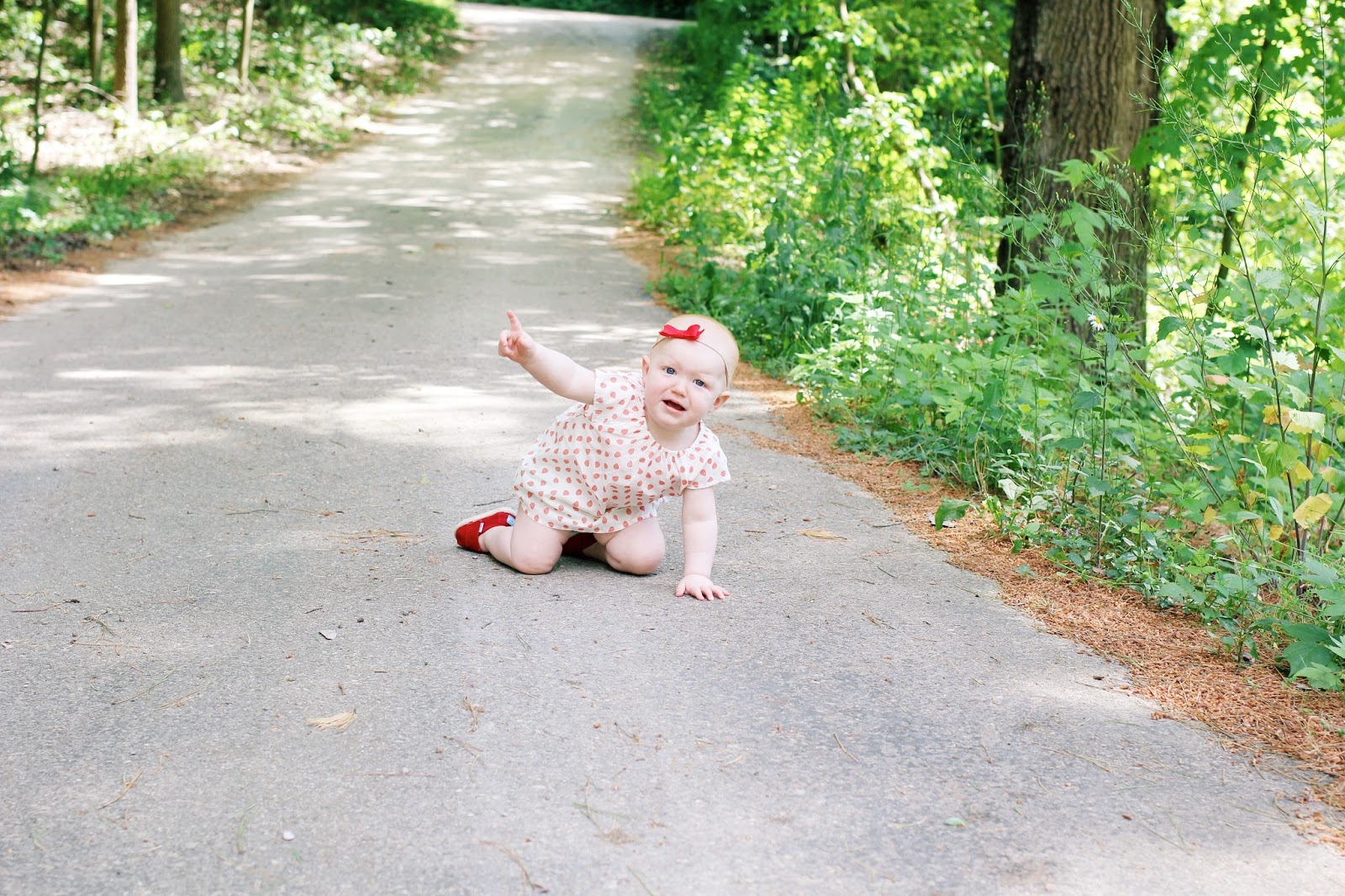 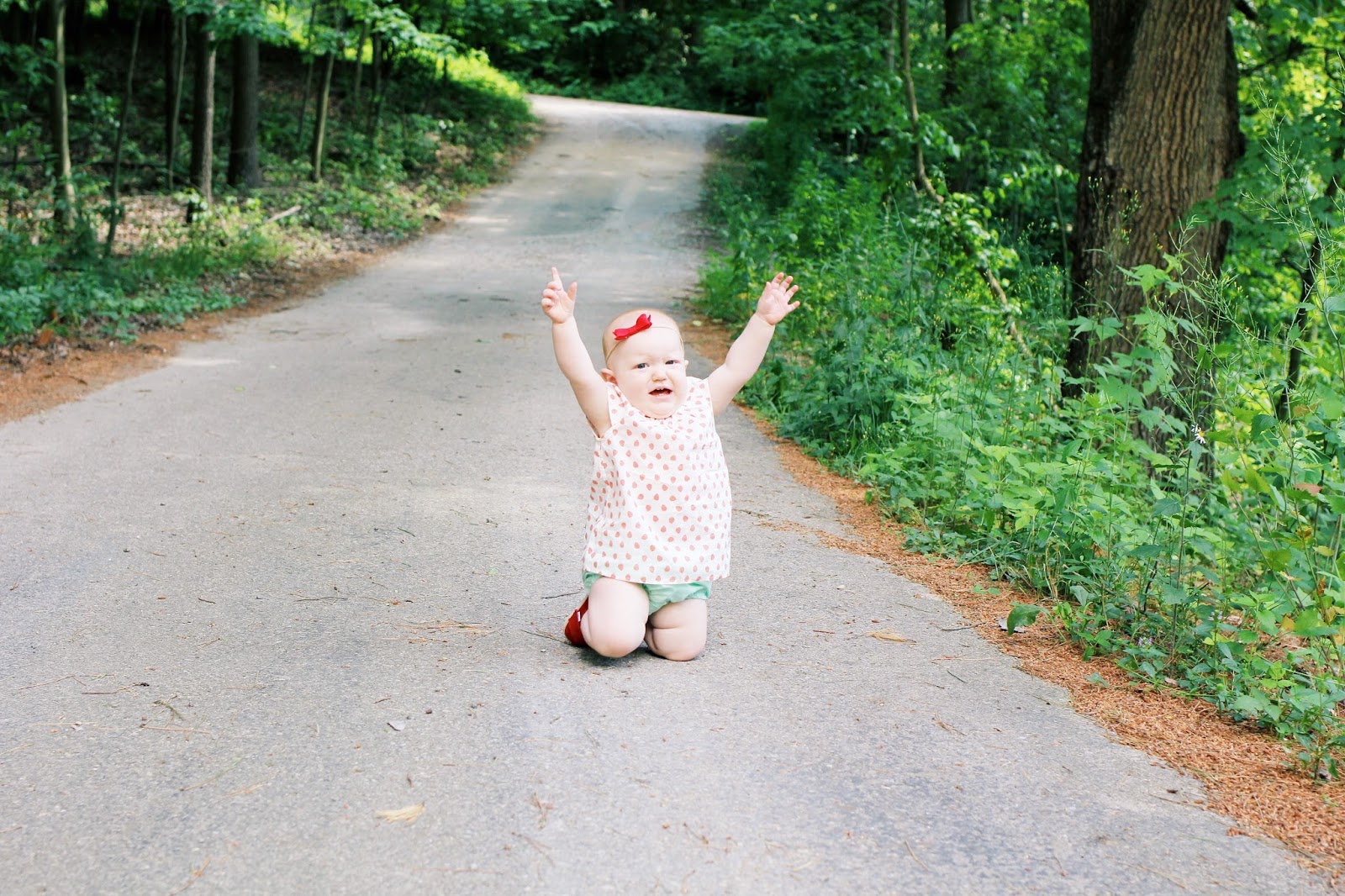 It’s a redheaded girl thing. Or a one year old thing. I can’t decide. Sadie is mama obsessed and unless she is playing, wants me to hold her all the time. And gets MAD when I put her down or try to leave her with a babysitter. She’s happiest when I’m holding her and she typically has one arm down my shirt. And if you don’t give her what she wants, when she wants it, she’ll bite you with her 6 teeth (2 on top, 4 on bottom). 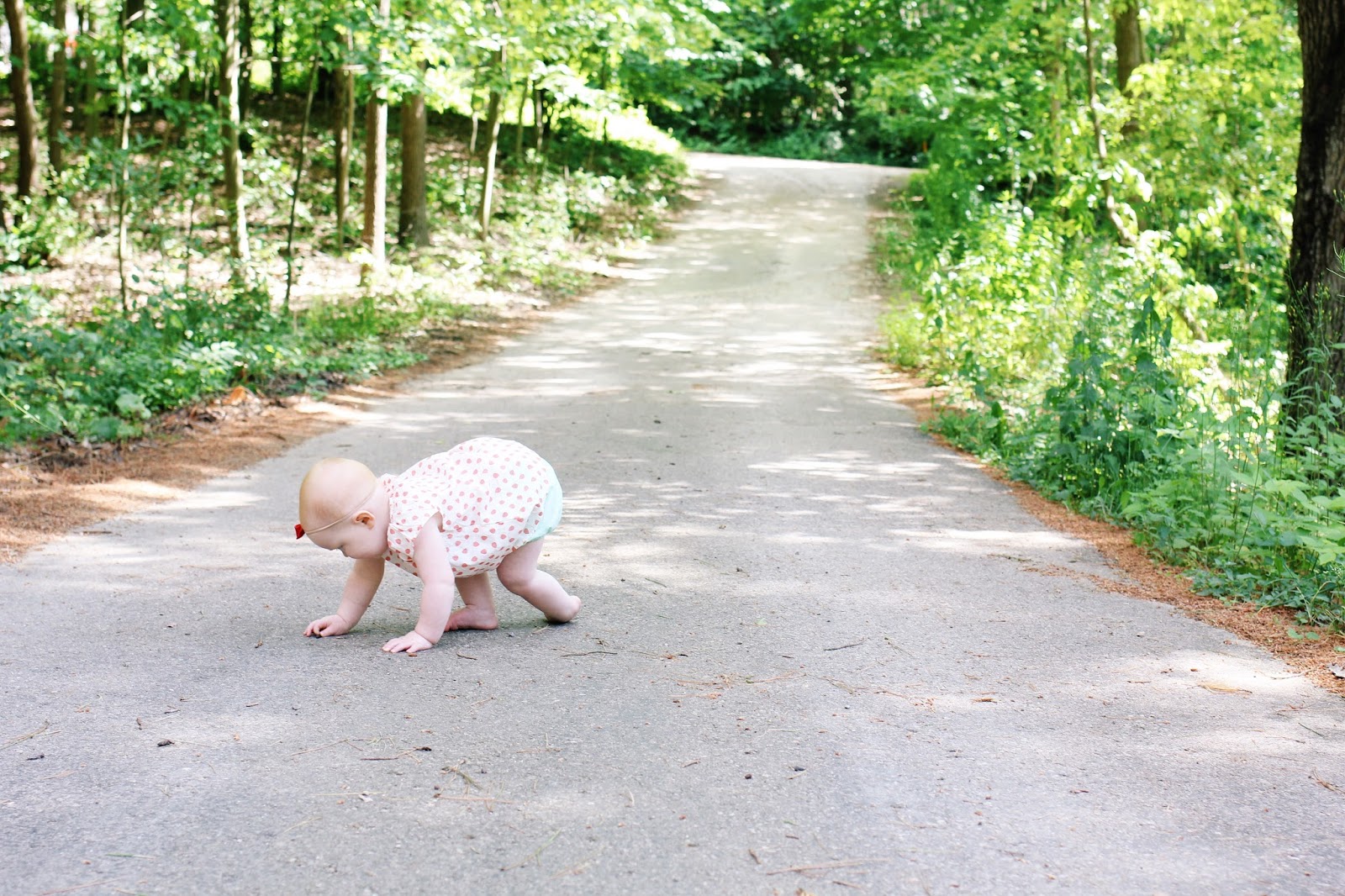 She still refuses to walk more than two steps. She pulls herself up on furniture and cruises around, but is still perfectly happy to crawl instead of walk. Or do this weird crawl walk thing. This girl is a trip! 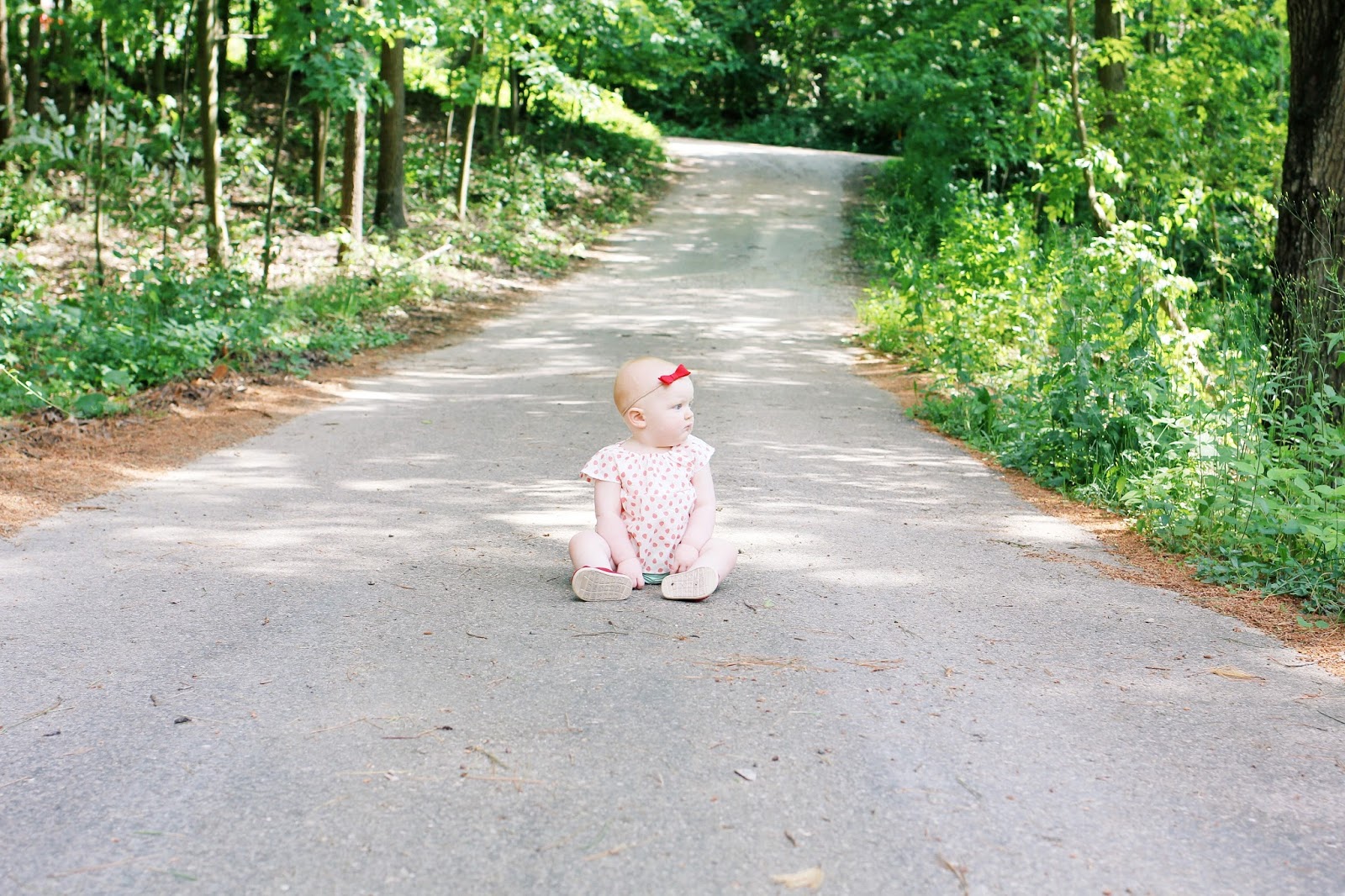 Official stats have her at 29.8 inches tall and 22 lbs 14 oz. Which is pretty much exactly what her big brother was at this age.
Knock on wood, but she pretty much sleeps 7:30pm (ish) until 6:30 a.m. and takes two good naps. But now that I’ve put that in writing she’ll probably change it up.
She eats basically everything we eat, but her favorites are blueberries, strawberries, raisins, goldfish crackers, green beans, mac n’ cheese, cheese quesadillas, and pizza. And she FLIPS OUT over ice cream. She has a very refined pallet, as you can tell.

Sadie is still breastfeed and we will keep going until she decides to stop. She’s a mama’s girl so I don’t think that will be any time soon.
We love this girl to the moon and back a million times forever.