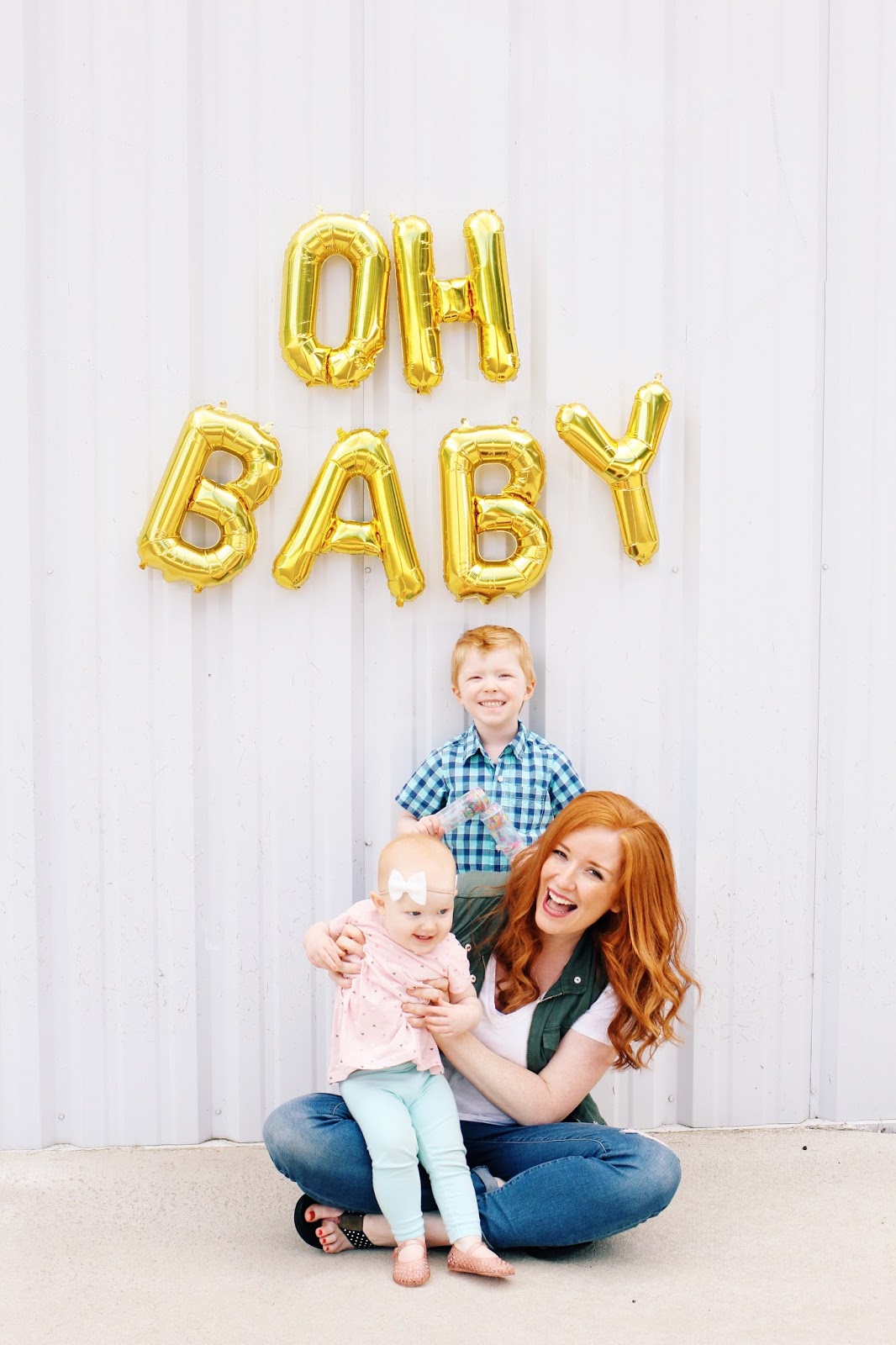 Surprise! Did you catch our little announcement on Instagram yesterday? Our little crazy crew is adding one more to the bunch in March! 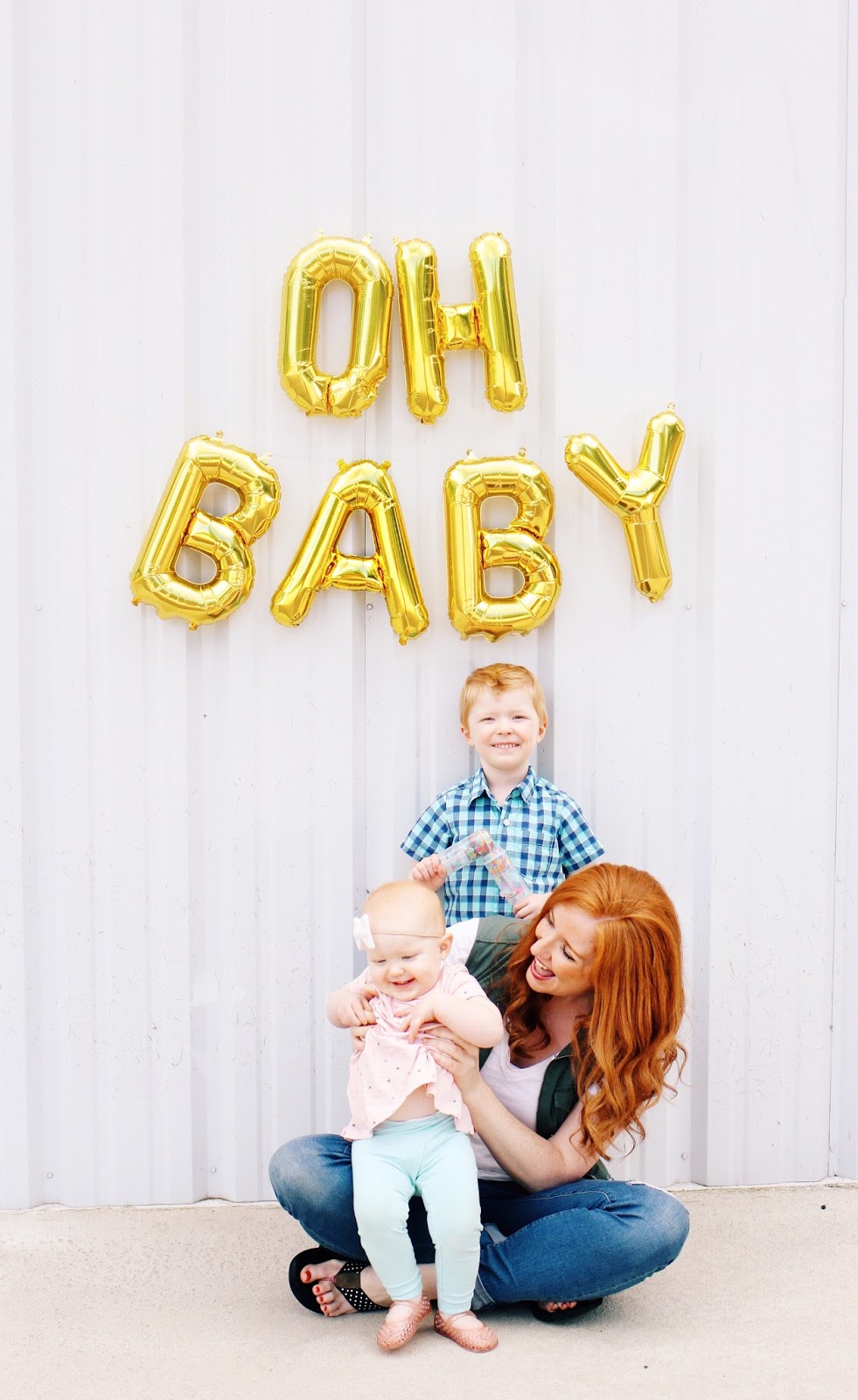 We were SO surprised. And are excited, scared, happy, nervous, over-the-moon. You name it and we’ve felt it. 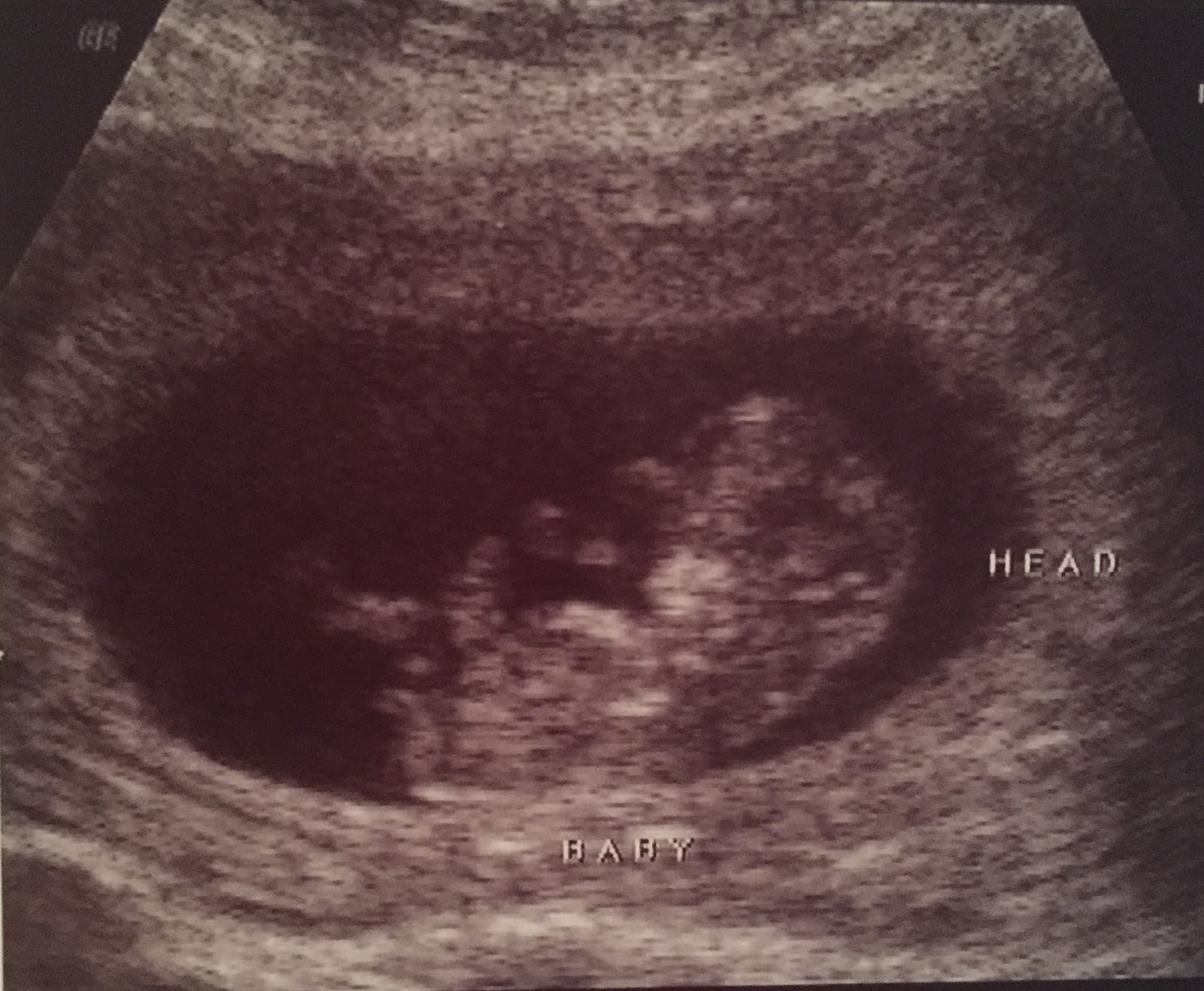 We’ve gotten lots of questions and I LOVE that you are all so excited to share in the journey with us. I found out on my birthday, July 14th, that baby #3 was on it’s way! I thought I had the flu or something because I was feeling so tired and crummy. And then I realized that my period was a few days late. I mentioned it to my husband and he started getting really nervous, ha! We went to dinner for my birthday and then straight to Target to pick up a pregnancy test. And sure enough it was positive. I took another just to be sure. We were SO shocked! We had talked about maybe one day having another baby but didn’t realize it would be so soon! I’m still breastfeeding Sadie after all! And we had to “try” to get pregnant with our first two, so this was just a double surprise.
Surprise or not, we are super excited. I might have had a small panic attack (just being honest!) because I was overwhelmed at the thought of having a third baby before Sadie even turns two years old. And Jon totally took it in stride when I was panicking and helped calm me down. And then he started worrying about things like do we need to get a van and how we need to save for another kid’s college tuition! This baby is due March 12 and Sadie will be two on June 10th. Holy cow. 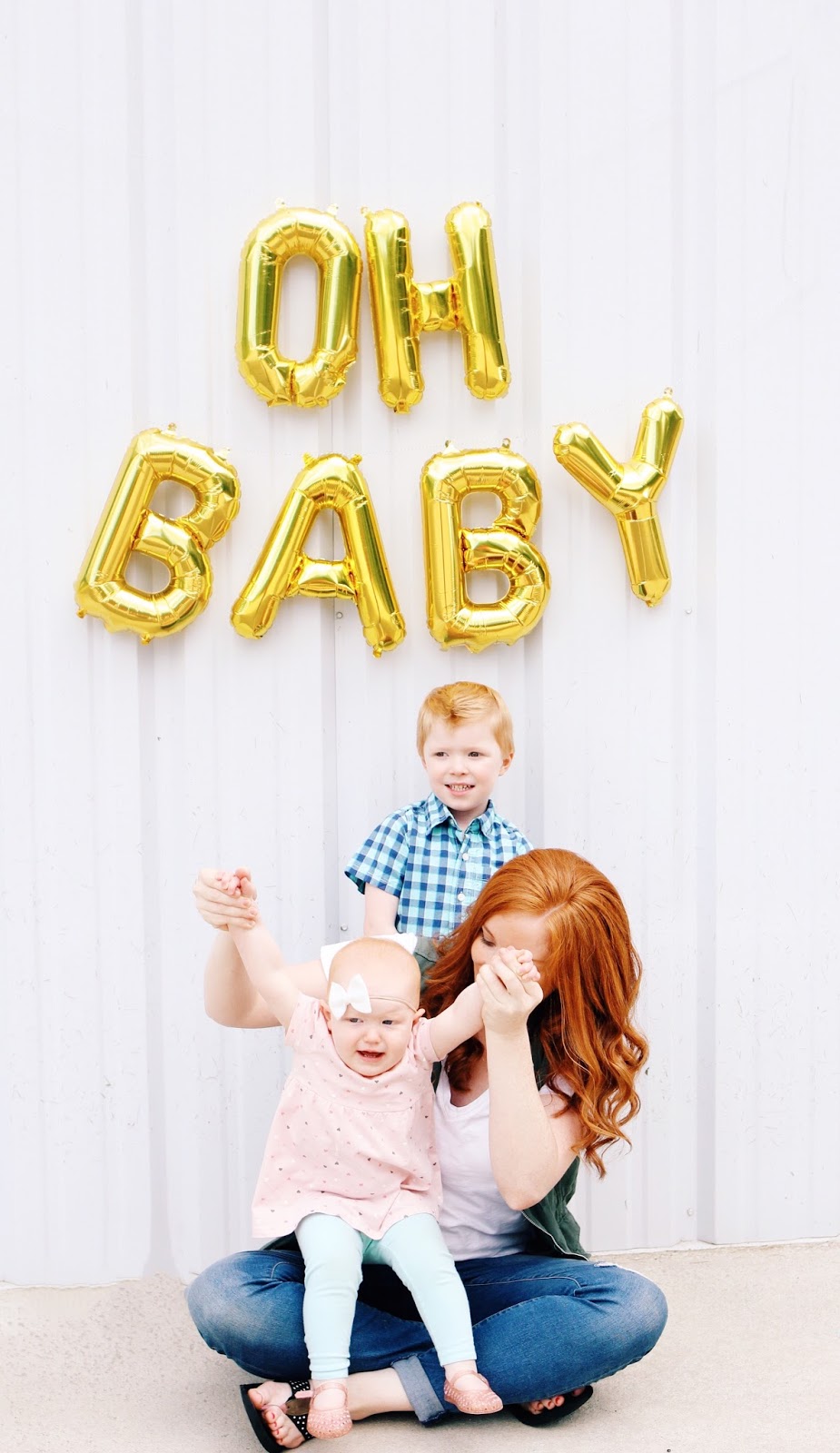 You can tell Sadie is super excited to be a big sister. As soon as I found out I was pregnant I noticed a drop in my milk supply. And Sadie noticed it too…..and responded by being more vigorous in her efforts to get milk. Which meant some sore boobs for me! I thought for sure she would wean but girlfriend was having NOTHING to do with it. My milk re-adjusted a week later and I have been cutting down on feedings. When I weaned Hudson it was SO easy and natural, but with this girl it has been hard. She will drink cow’s milk out of a sippy cup at meals but wants nothing to do with it (or a bottle, for that matter) at nap time and bedtime. She wants mama. And she will slap me, cry, and pull my shirt down until she gets what she wants. We’ve gotten down to 1-2 feedings a day but she’s not super happy about it. I feel incredibly guilty about trying to wean her before she’s ready. But my body is being overworked and I’m tired! My midwife (more on that below) said my milk will taste different and she’ll probably self-wean soon. Hear’s hoping.
I’ve felt super sick this pregnancy. Two kids + growing a baby + breastfeeding + working from home is exhausting. I’ve felt very nauseous every day (just like my pregnancy with Sadie) and had some really bad headaches and been really tired (just like my pregnancy with Hudson). So who knows if this is a boy or girl! Not knowing the gender with Sadie was so fun…and I’d love to not find out again this time around. However, Jon really wants to know. He says he can find out and keep it a secret but I totally don’t believe him. So we are still negotiating about what to do! I’ll keep you all updated.
In other news, I switched from the doctor who delivered Sadie to a midwife this time around, even though I had a great VBAC experience with my doctor. My doctor practices with about 12 other doctors and they recently changed their on-call policy…previously if you had your baby during business hours your doctor would deliver you, but they switched to only having the on-call doctor deliver, regardless of the time. With 12 doctors in the practice chances were slim I’d have my doctor. And I’m sure it would have been fine, but having a VBAC was so much more personal than a c-section, and I really didn’t want a stranger delivering my baby. So I am at a new practice that’s one doctor and two midwives. My mom knows the doctor really well and loves him (and I actually used to see his wife for care before I started having babies!). I’ll see both of the midwives thought my pregnancy and one of them will be with me the entire pushing/delivery process…unless something goes wrong with my 2nd VBAC and I need a c-section, then the doctor will step in. So far I’ve been very happy with my midwife experience and will share how it goes after I have this baby!
Thanks for all of your sweet comments! Now you know why I’ve been so quiet on this blog lately! If you have any other questions drop them in the comments…I’ll be sure to answer!