Happy New Year everyone! I can’t believe it’s already 2011….it seems weird to even type it! We had a great New Year’s Eve party at our house with a few friends. 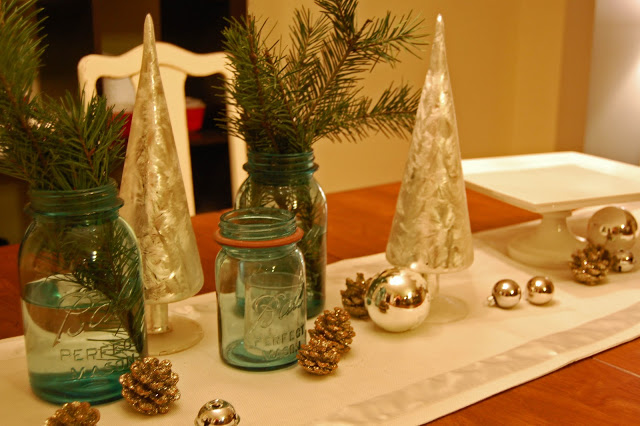 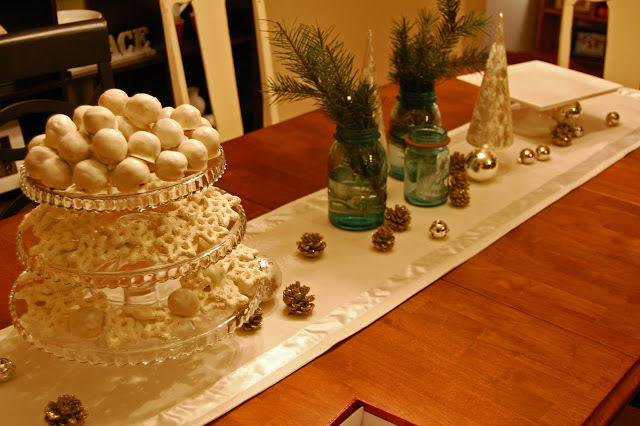 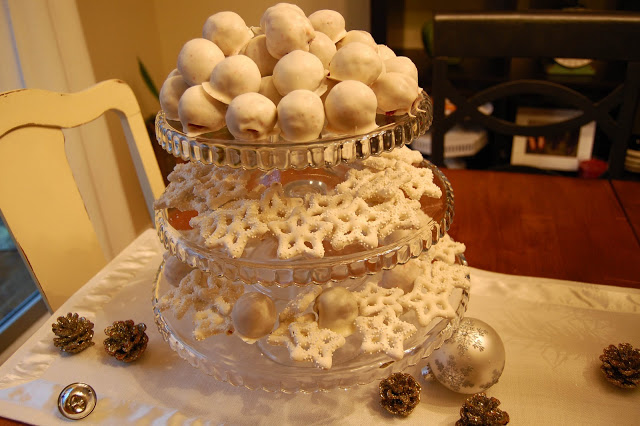 I made red velvet cake balls…they were a huge hit! I also found some cute snowflake shaped pretzels dipped in white chocolate. The three cake stands were a Christmas gift from my in-laws…love them! 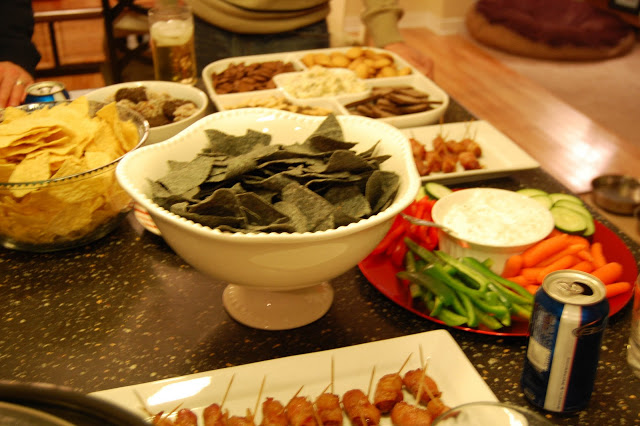 And now the food! I made these bacon-wrapped sausages and they were amazing! They were gone so fast. I also made BBQ meatballs, spinach artichoke dip, and queso. Oh and we had veggies and dip too. 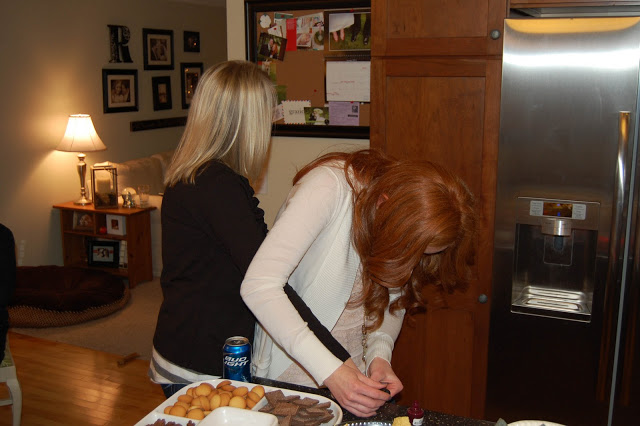 Our friends Mo and Ali came over early to help us set up. For some reason the boys thought it was hilarious that I helped Ali paint her nails. I had to have her pose like I was painting my own nail…..so of course the husband had to document the process. 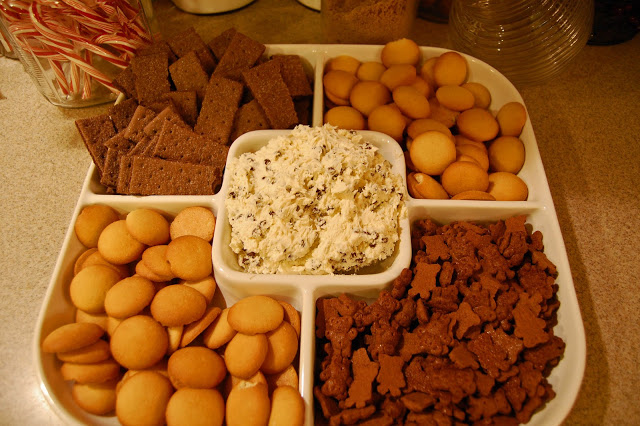 For dessert I also made this yummy chocolate chip cheese ball. It sounds gross but is really good. It’s basically cream cheese, powdered sugar, brown sugar, butter, vanilla, and chocolate chips. So easy and so good. 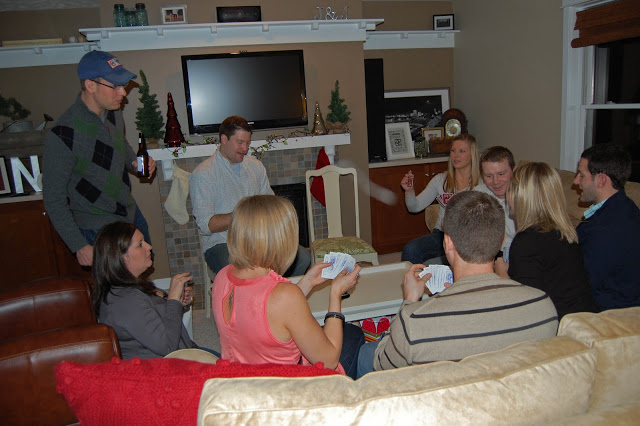 After some snacks and a few drinks we played our new favorite game, Pit. Basically you trade cards with other players until you have 9 of the same commodity. The commodities are things like wheat, flax, corn, barley etc. Everyone tries to trade at once, kind of like a stock market, so it’s just mass chaos! It was so fun and hilarious to see people really getting into it.
Unfortunately that is the only picture I got of our group. Picture fail. 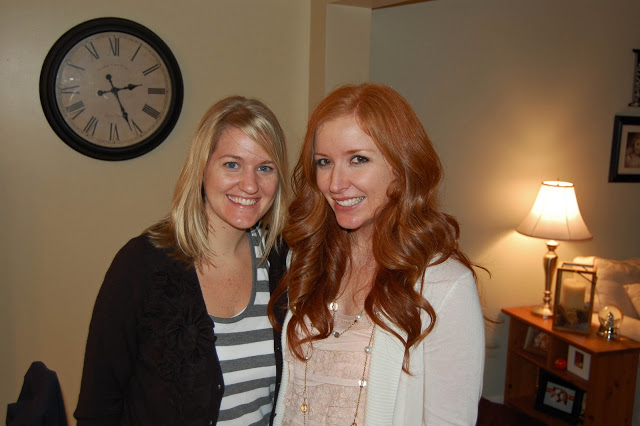 Ali and I managed to get a photo together after 1:00 a.m. Not the best idea. Please remind me next time that we need to take photos as soon as people arrive.
I hope you had a great new year. I can’t wait to see what 2011 brings!