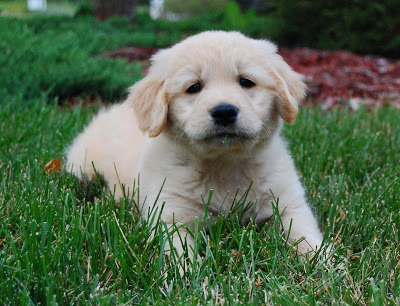 Here he is…..meet Wrigley! Thanks to all of you who voted for his name….we secretly wanted to name him Wrigley so we were really excited when the name won in the end….it was a close one! 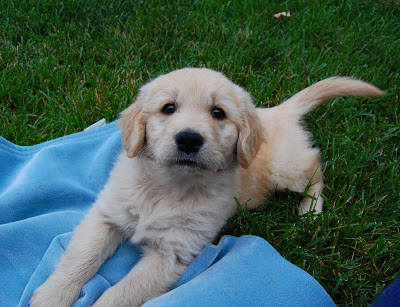 He has only been home for a few hours, but so far he is doing great! 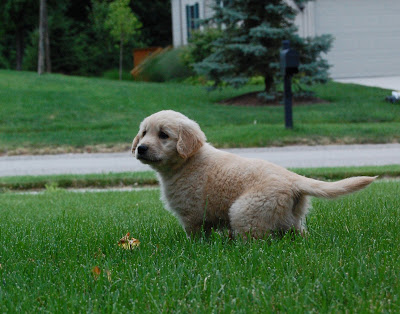 He loves to play! 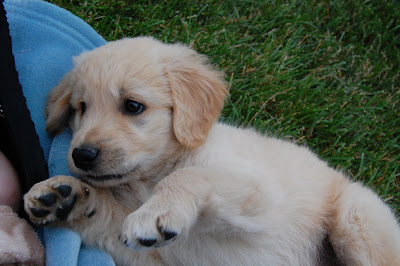 Isn’t he the cutest puppy you have ever seen? 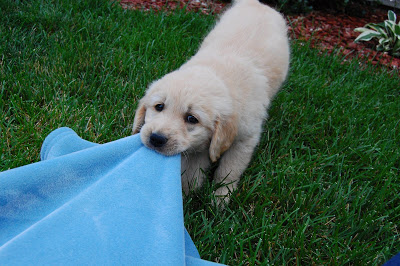 He started to play tug of war with the blanket…so cute! 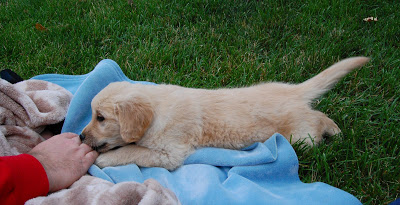 More pictures coming soon, I’m sure. Right now our little man is exhausted and taking a much needed nap in his bed! As for Pancake and Henry, they are actually doing really well! There were a few hisses, but so far they are being good boys. I hope it lasts!