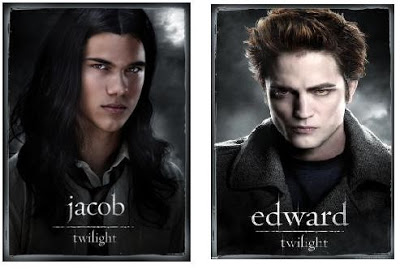 Okay….so I saw New Moon on Sunday. By myself. Like a loser. But I totally didn’t care. I couldn’t talk the husband in to going with me….I really didn’t try too hard because I know he would rather jam hot spikes into his eyeballs than see a movie about shirtless vampires and werewolves. So yeah. I was that girl. Luckily it was crowded (at 11 a.m. on a Sunday!) so I don’t think anyone noticed my loserness.
Anyway, let me tell you what I thought of the movie…because I’m sure you haven’t already read a million other reviews on other blogs. If I lost you at the whole “I saw New Moon on Sunday” part, then I’m sorry. I’m a twenty something girl…what can I say? We are all obsessed.
Moving on, I actually liked the movie even though it was my least favorite of the books (there are 4 for all of you non-Twilight people). I liked Twilight too, even though it was cheesy and the make-up was awful. I think they did a better job on New Moon. The effects were better and the make-up was a little less cake-like. Oh, and they didn’t leave a bunch of stuff out, which was good too. Apparently everyone joins Team Jacob after seen this movie because he is basically shirtless the entire time. Um, hello? He is 17. NO THANK YOU! I wasn’t feeling that at all. But, I do have to admit that he did a great job in the role. And it made me like him a little bit more. However, I am still on Team Edward, even though he wasn’t in much of the movie (he wasn’t in much of the book either, so I was prepared). I totally loved Charlie, Bella’s dad, in this movie. He is just so cute and awkward. And I sort of liked Bella too….even though I can’t stand the actress who plays her (please someone tell her to try and smile when she does interviews. Oh, and sit up straight!). 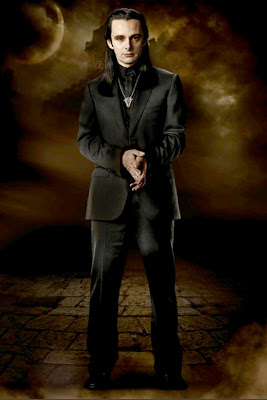 I would have liked to see more of the Cullen Family. Except Jasper. He sort of creeped me out. I think it was his hair. Oh, and I would have loved to see more of the Volturi (I would explain what they are to non-twilighers, but I think I lost you all a long time ago). Michael Sheen as Aro was wonderful. He was totally my favorite. Oh, and can we talk about the last few lines of the movie? I kind of loved that part. It made me laugh.
Overall, I give it a B+. Mostly because I am a fan….not because it was a great movie or anything like that. But I will definitely be buying it when it comes out on DVD.

So, what did you think of New Moon?