Remember last week when I posted the new chandelier in my dining room? Well, not only did I hate the old chandelier in there but I also hated the lights above my kitchen island.

Ugly, right? They are too big for the space and don’t match the feel of my kitchen. And they sort of look like boobs to me. 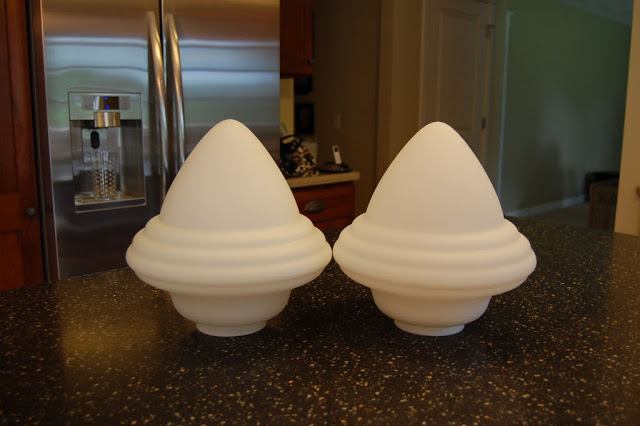 See what I mean? Maybe Madonna would like them in her kitchen.
Ideally I would love to install a light fixture pot rack combo above the island. But that would mean we would need to drill a new hole in the middle to hang the fixture, re-work the wiring, and patch the holes left by the old lights. Which basically means we would have to hire someone to do the work. And my budget for this project is $20. So, as a compromise I began looking to just replace the ugly glass globes. Easier said then done because the fixtures seem to be an odd size. Anyway, I finally found some that would work!
First I needed to paint the bases black to match the pretty chandelier we hung last week. 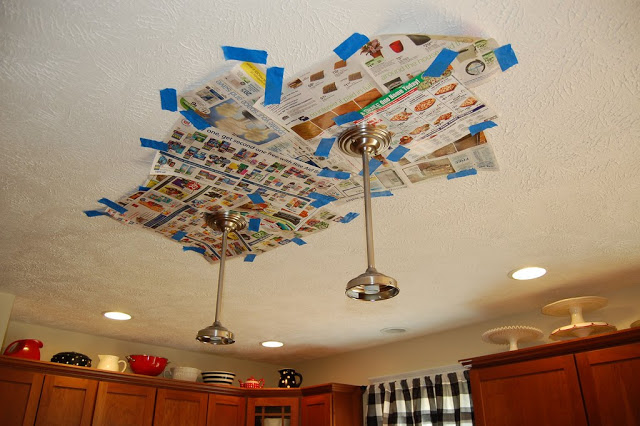 It was too much work to take them completely down, so I just loosened them a bit and taped some newspaper around the bases. The husband thought I was crazy. Maybe I was, a little. 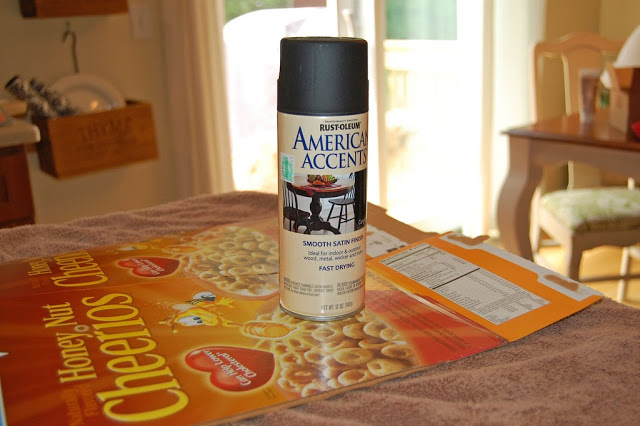 My supplies: spray paint and a Cheerios box. Only the most sophisticated materials were used for this project.
I know what you’re thinking….you spray painted something inside your house? Yes, I did. And it worked fabulously. I just opened some windows and went at it. I used the Cheerios box as a shield for stray spray paint so it wouldn’t go everywhere and make a mess. Then I just snapped the new globes on. 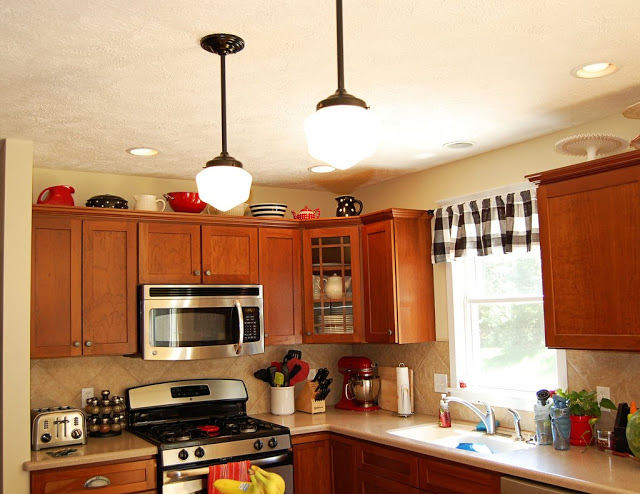 And here they are! SO much better than before, don’t you think? 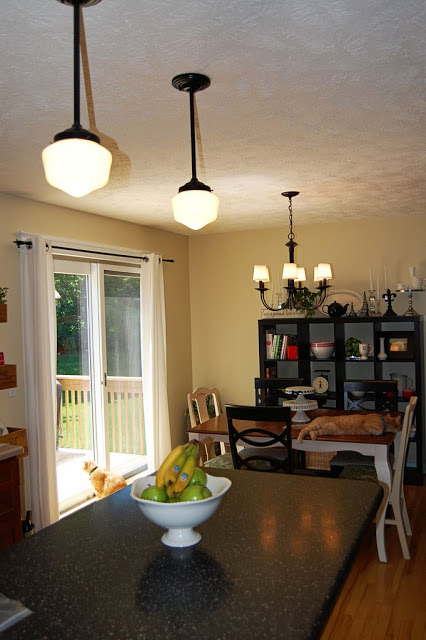 Here they are with the chandelier. I’m so happy I’ve finally gotten rid of the ugly fixtures! It feels much more me now. Next project: work on the dining room chairs.