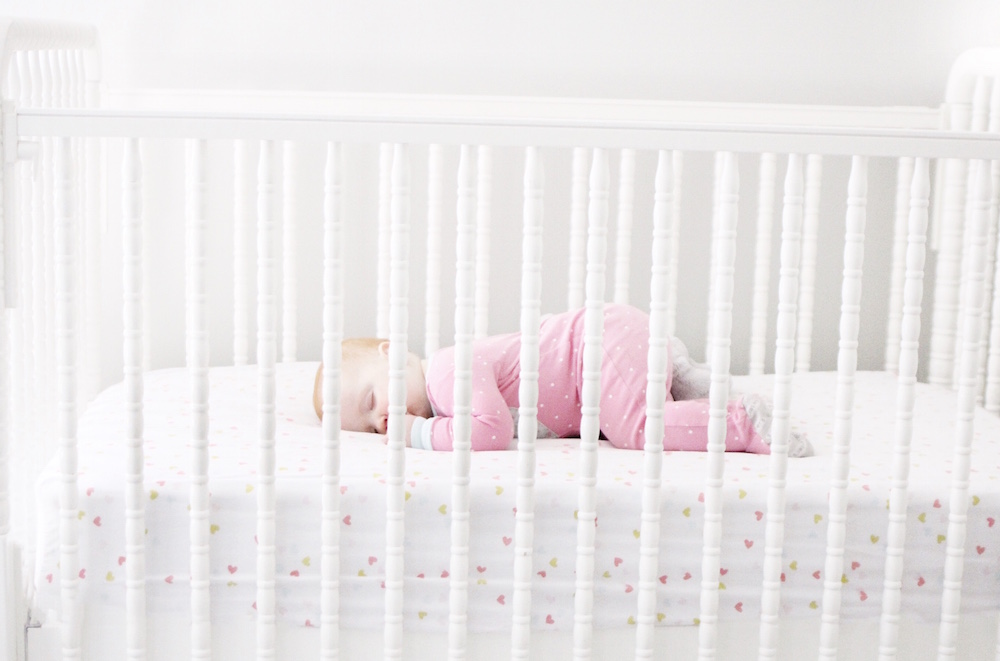 All three of my kids transitioned from two naps a day to one nap shortly after turning a year old. I know every child is different…but mine all seem to have the same type of schedule! In order to know when it’s time to switch to one nap, you need to pay close attention to your baby. If your baby is anything like mine have been, they do best with a schedule.

After my kids turned one I started to notice a few changes that signaled to me it was time to make the switch! My kids typically would nap for about 1-2 hours in the morning, and 1-2 hours in the afternoon. When they are getting ready to switch to just one nap they start to fight going down for their afternoon nap, and start to fight bedtime. I’m always hesitant to make the switch because I don’t like change! And neither to my babies! But in the end, it’s better for everyone. 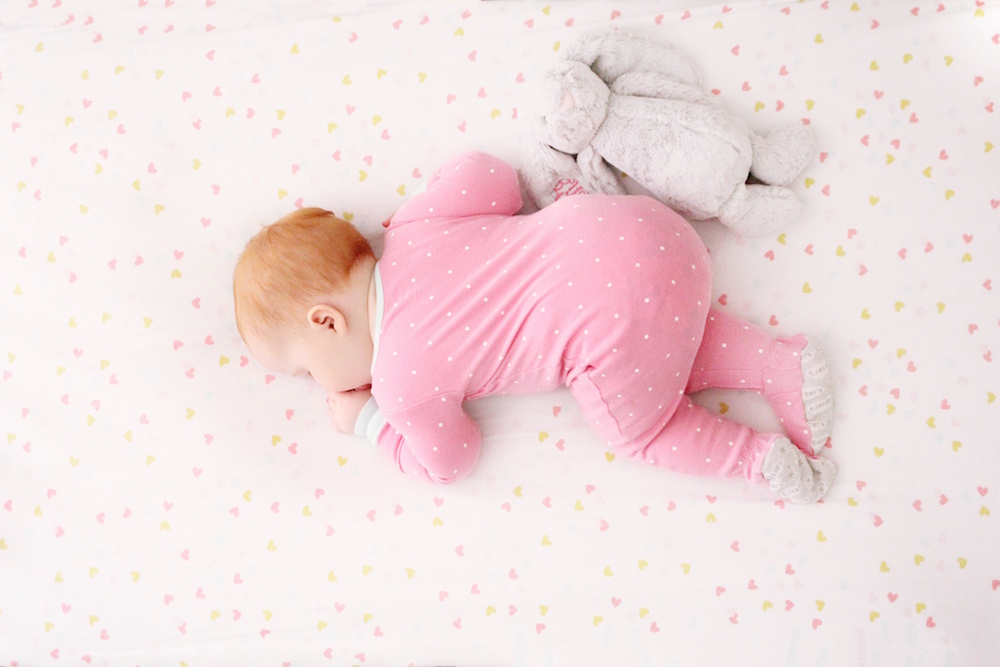 1. Put baby down for a nap 30 minutes later than normal. I’ve found it’s best to ease in to the transition, so instead of taking a nap at 9:30 a.m., Belle would take a nap at 10:00 a.m. Then, around 3:00 p.m. I would let Belle take a little cat nap. She was pretty tired in the afternoon the first few days, so this was necessary. But I would wake her up after about 30 minutes, so that bedtime wasn’t ruined. 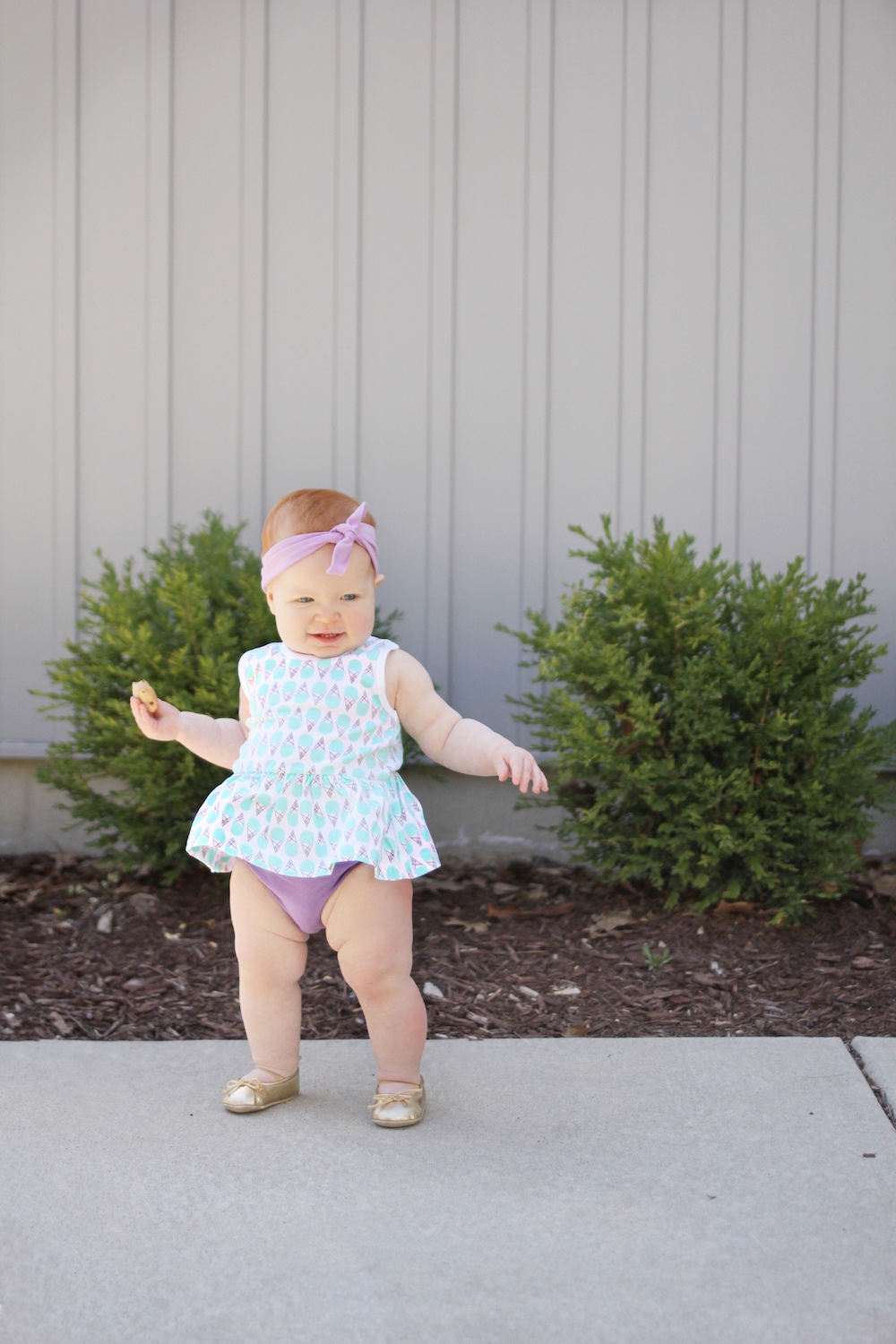 Not gonna lie, that first week was rough. But this girl was still all smiles.

3. Next, ask for help! During this transition phase, I had to pick Hudson, my five year old, up from school four days a week at 11:45 a.m. Which was smack in the middle of nap time. So, I asked my mom and my in-laws to either pick him up for me or watch Belle while I picked him up. I only had to do this for about a week and a half, and then Hudson was out of school for the summer.

4. Pick a schedule that works for you too. If you have to pick a child up from school, I have zero advice for you, other than solidarity. It’s hard. Luckily I live just a few minutes from school…but even a few minutes in the car can RUIN nap time. In the fall, I will have to pick Sadie up from pre-school at 11:30 a.m. three mornings a week, so my goal for Belle is for her to learn to stay awake until 12:00. We are working on that this summer! I did this same schedule when Hudson was in pre-school and Sadie was a baby, so I have a few tricks up my sleeve. My biggest tool for keeping a baby awake in the car right before their naptime is snacks. Lots of snacks. Also, loud music, a book for them to read, toys, and if all else fails, a fun kid’s app on my phone. Belle is so curious about my phone that if I ever hand it to her it totally has her attention…which means she stays awake! I also enlist my older kids to help keep her awake by playing peek-a-boo, and talking to her. 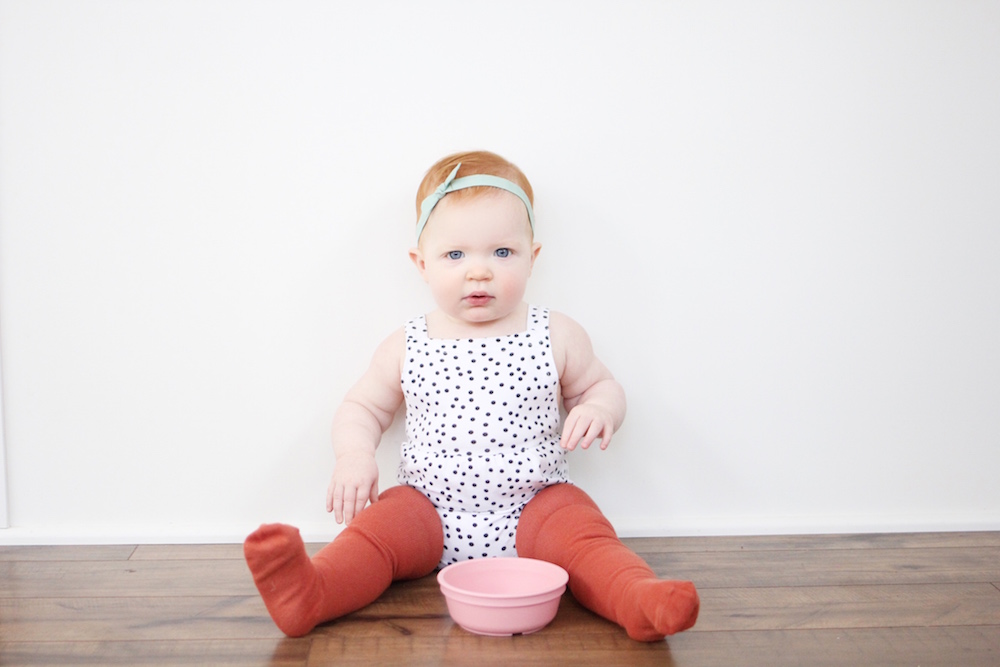 5. Fill up that belly! Belle sleeps best when her belly is full! But she also takes about 20-30 minutes to eat….so I’ve found that giving her a big snack before her nap and after she wakes up from her nap is best! So basically I give her two mini lunches. Usually I’ll give her some cheese or yogurt, fruit, and crackers. Or sometimes mac n’ cheese. Really, she’ll eat anything! I give her a snack around 10:30 a.m., then let her play for a few minutes before putting her down for a nap.

6. Break those rules if you need to. You know your baby best. Here’s how I break the rules (and always have). I know that experts out there will say to put your baby to sleep while they are sleepy, but awake. That’s just never worked for me. Especially with a little baby. When my babies get to be around 2 years old, I follow this rule, but when they are little, I rock and nurse them to sleep. It works for us. And I love it….and so do they. But if you have more willpower than me, try and put your baby to sleep awake. But if you typically don’t put your baby to sleep awake, then during the nap transition is NOT the time to start. Try one big transition at a time! 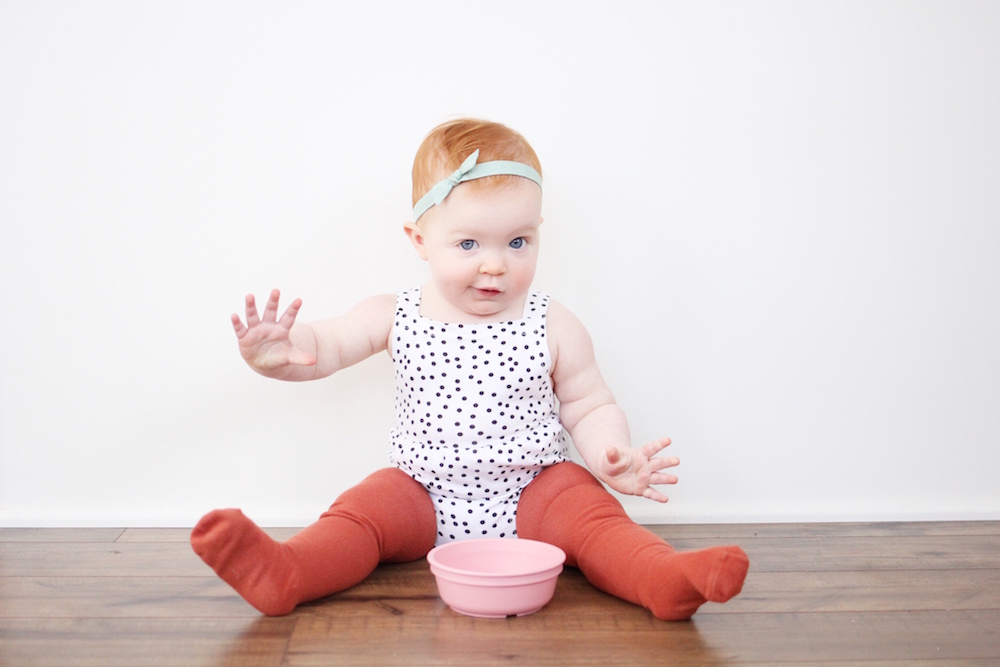 8. Establish a bedtime routine. A predictable bedtime routine is a MUST when transitioning to one nap. Belle knows that when we head upstairs it’s time for bath followed by bedtime. I try to keep this consistent every night.

Making any transition with a baby is hard work. I’d love to hear what works for you!

« It’s the Little Things….Like Picnics
My Secret to Day 3 Hair »