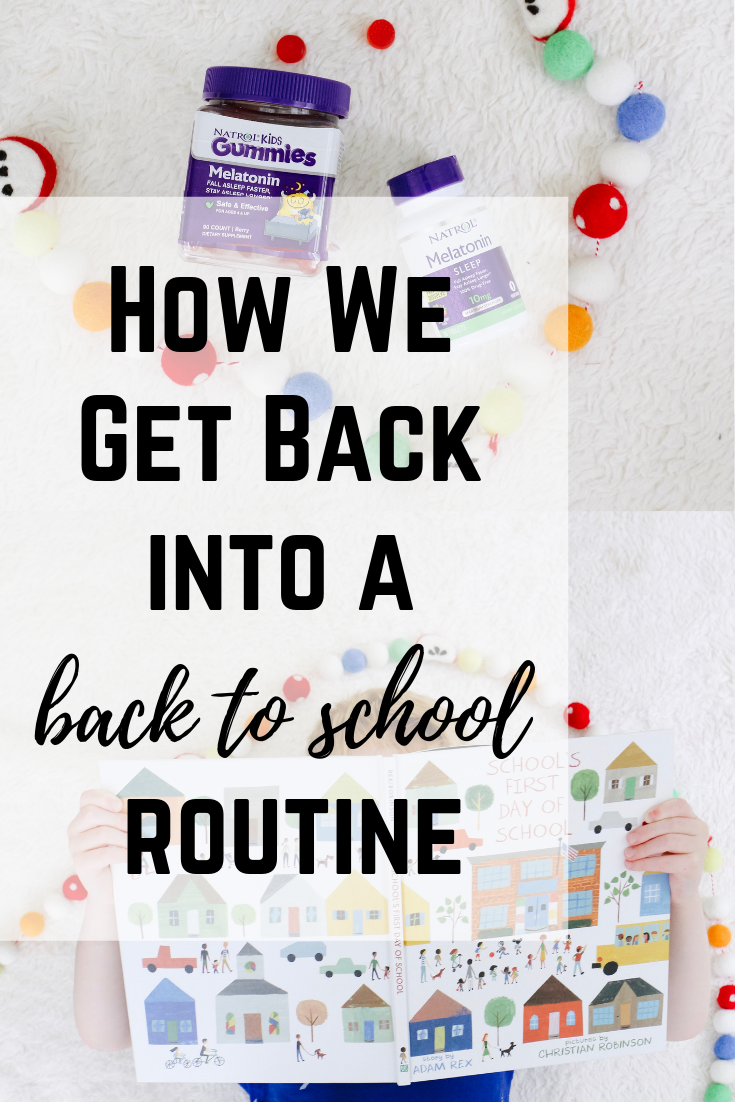 Oh my word…..it’s back to school time! That is crazy! I stressed all spring about how I was going to fill our summer days and I blinked, and it’s almost time for school. We will have a big 1stgrader this year and he is finally excited about it! We’ve got our supplies, new shoes and clothes have been ordered, and backpack is ready! And now all that’s left is to attend meet the teacher night and get back into our school routine. 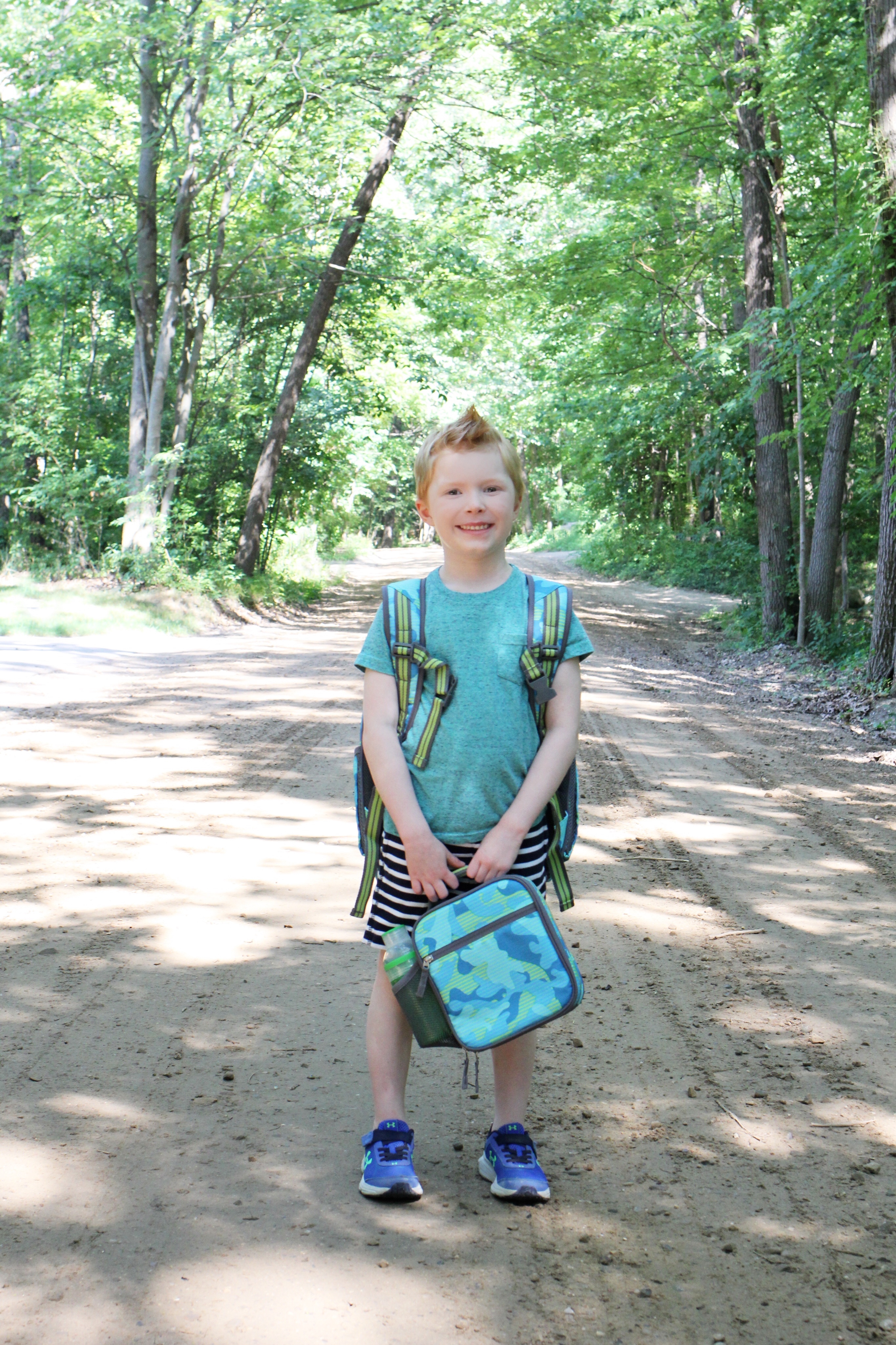 About two weeks before school (which is NOW! Yikes!) we start practicing our back to school routine so that once the first day of school rolls around we are prepared and have worked out all of the kinks! 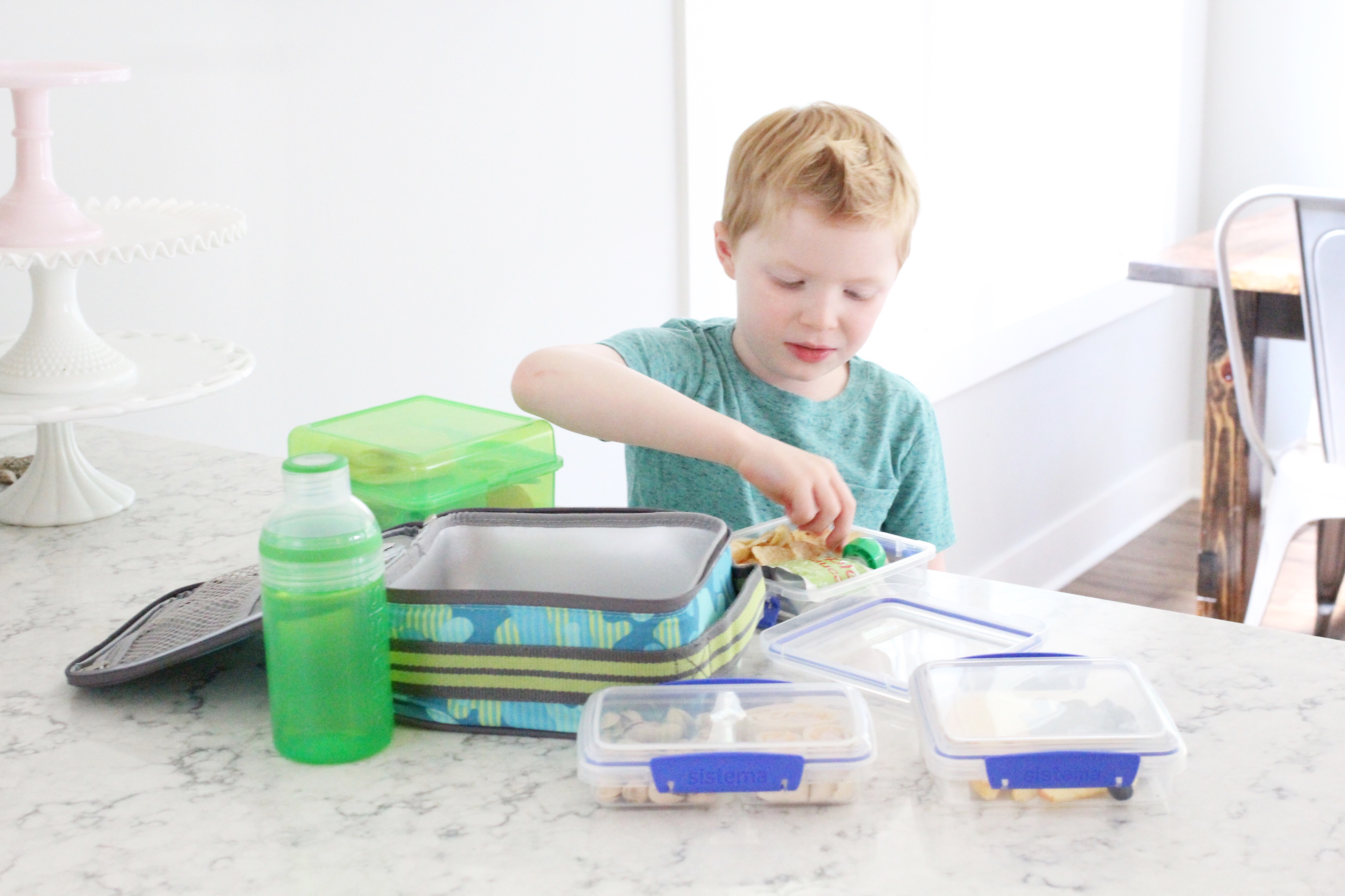 First, we focus on lunch. And it’s a struggle. Eating isn’t high on Hudson’s priority list. He would much rather play than sit down and eat (who is this child?) so again this summer we’ve been working on increasing the list of foods he will eat for lunch while he’s at school and have been practicing eating them during the designated lunch time too. Last year Hudson said he wasn’t hungry at lunch time because his snack was too big and snack time was too close to lunch time….but this year his lunch is a little bit later and I’ll be making sure that snack is smaller! 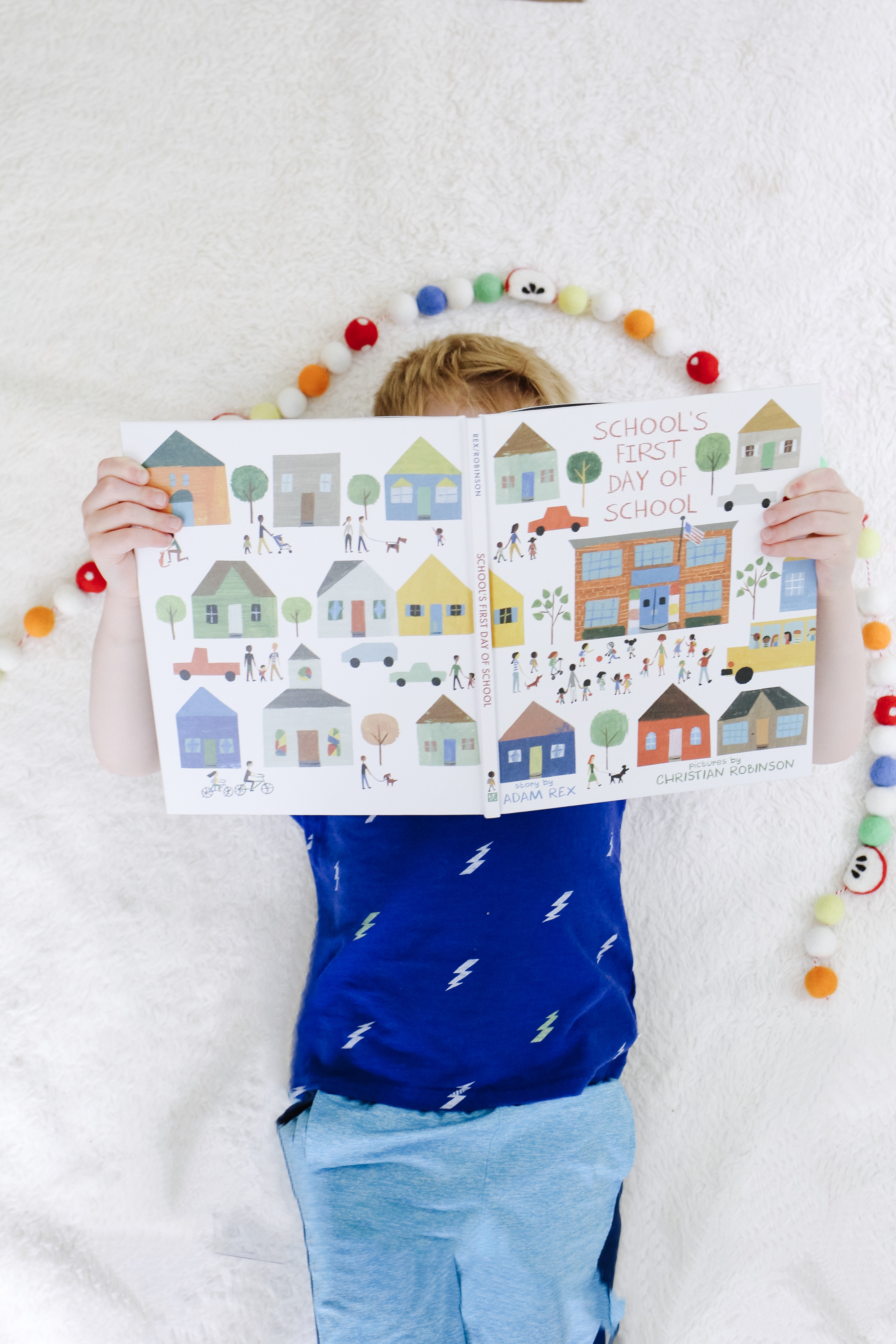 Secondly, we are working picking out Hudson clothes for school the night before. This one is super easy because Hudson doesn’t really care what he wears, as long as it is comfortable. Yay! Since I’ll have to get all three kids ready the three mornings a week Sadie has pre-school, I need to streamline things a bit. Picking out everyone’s clothes the night before will help us all stay on time during those busy mornings. 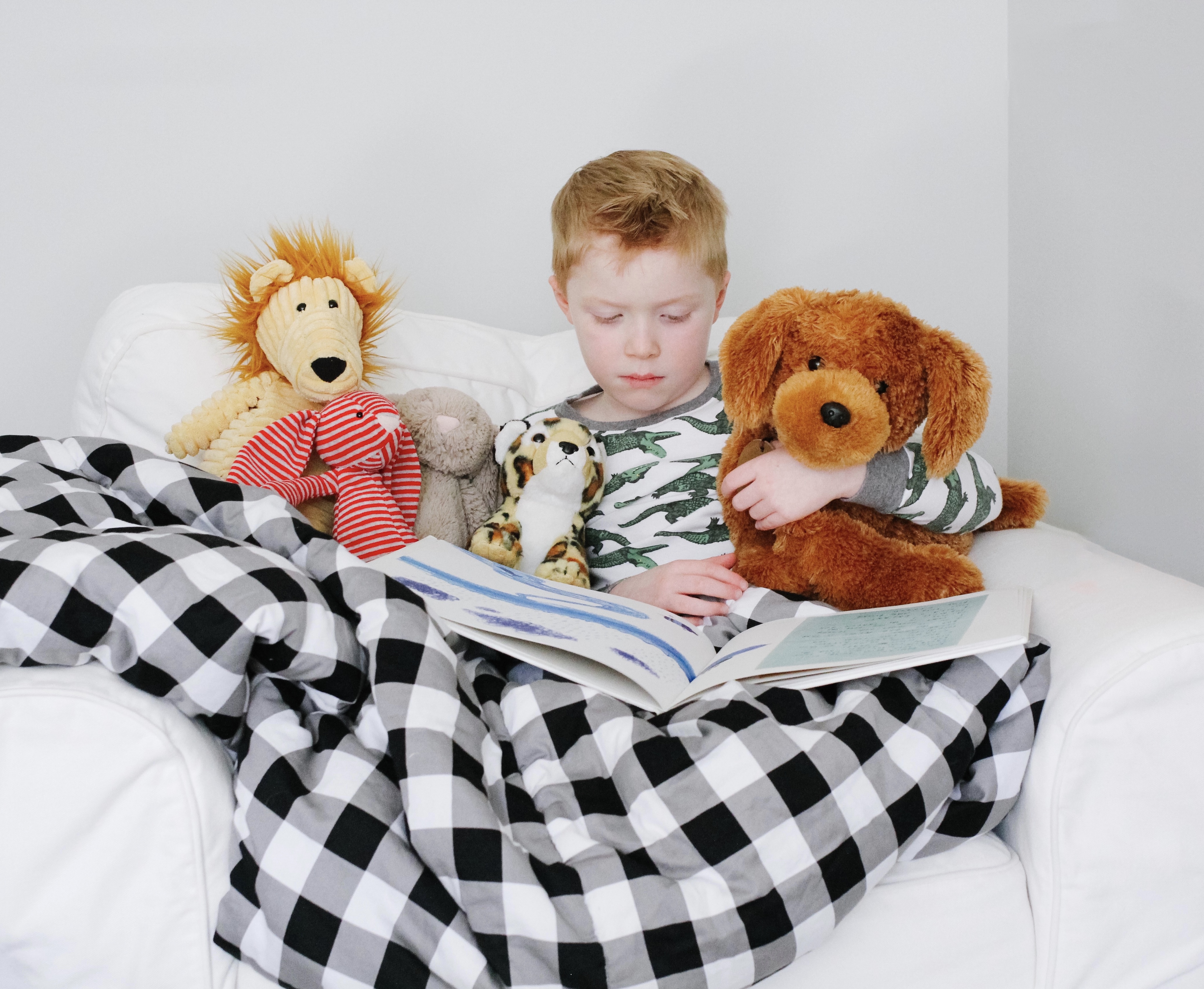 Now, the hardest and easily most important part of getting back in to a school routine is bedtime. We practice healthy sleep routines in our home and are pretty strict with bedtime during the school year (lights out at 7:30 p.m.) but during the summer we let our kids stay up a little bit later. It’s so hard because in Michigan, where we live, it doesn’t get dark in the summer until after 9pm! So two weeks before school I slowly start moving bedtime up by 10-15 minutes until we get to 7:30. That way, Hudson isn’t struggling with bedtime the night before school starts.

Routines are SO important, especially at bedtime. We try to keep the same bedtime routine as much as possible and typically looks like this: bath, pajamas, brush teeth, book, rub back, and then bed. We also keep our kid’s bedrooms dark, quiet, free of electronic devices, and cool. One thing that I typically have to remind myself over and over again during bedtime is that “no means no”. So when I say we will read 2 books that does NOT mean we will read 3. When I say I will rub your back for 2 minutes that does NOT mean it will turn into more. My kids will push me and push me until I give in, unless I stay firm. I think during the summer we were a bit too lax, so two weeks of a stricter routine is a must in my house so that my kids know exactly what to expect! 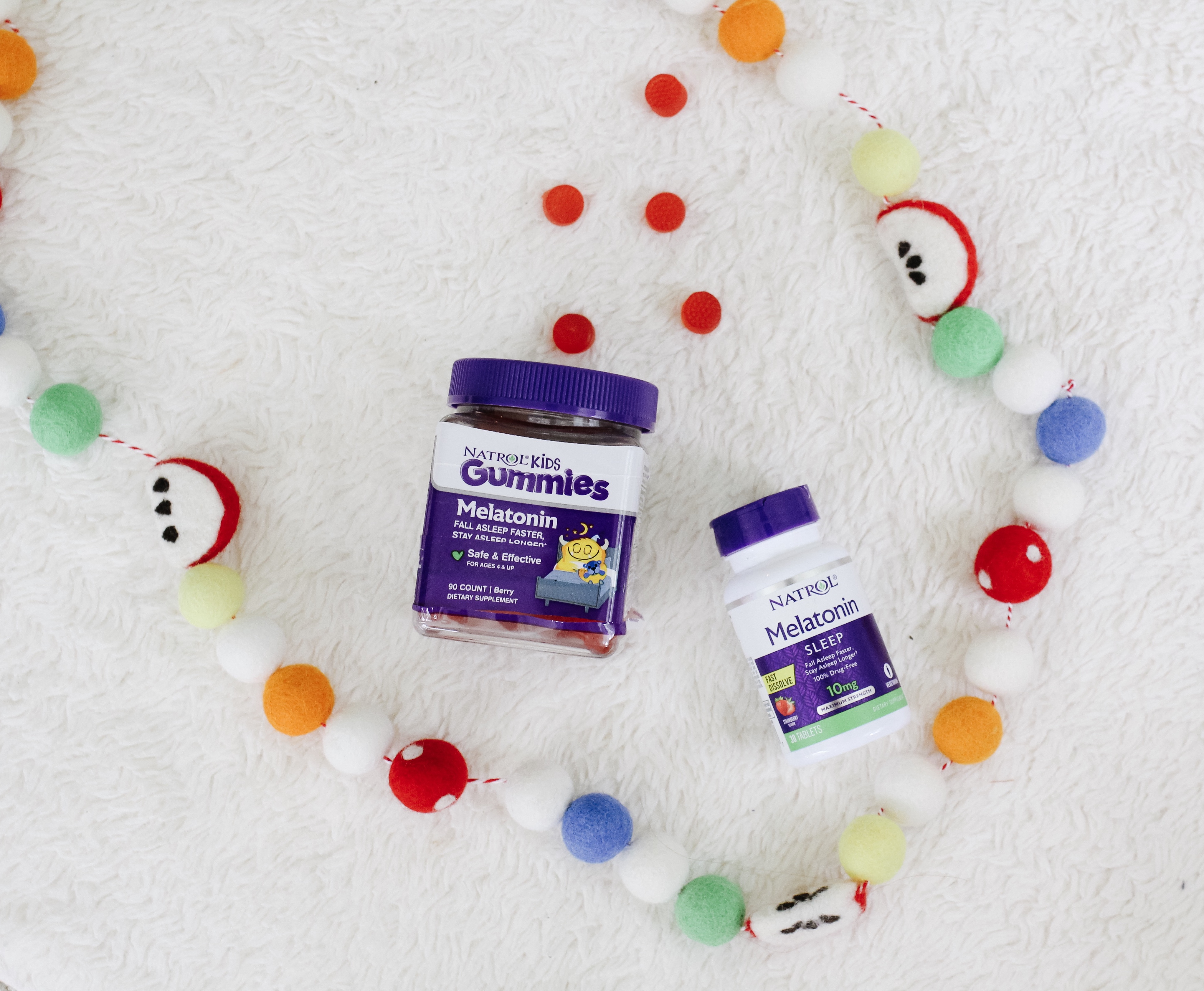 Something I have recently discovered that has helped us SO much with the back to school bedtime transition is Natrol Kids Melatonin. If your child is struggling to fall asleep at bedtime, it might be time to talk to your pediatrician about a melatonin supplement like the new Natrol Kids Melatonin. I will occasionally turn to Natrol if Hudson is a little over-excited or anxious at bedtime — which can happen sometimes when it’s time to start back at school. Natrol Kids Melatonin has been vital in helping Hudson get the sleep he needs and back on a regular sleep schedule. From the #1 melatonin brand in America, Natrol Kids Melatonin is a drug-free solution that can help remedy occasional sleeplessness for little one ages four and up. 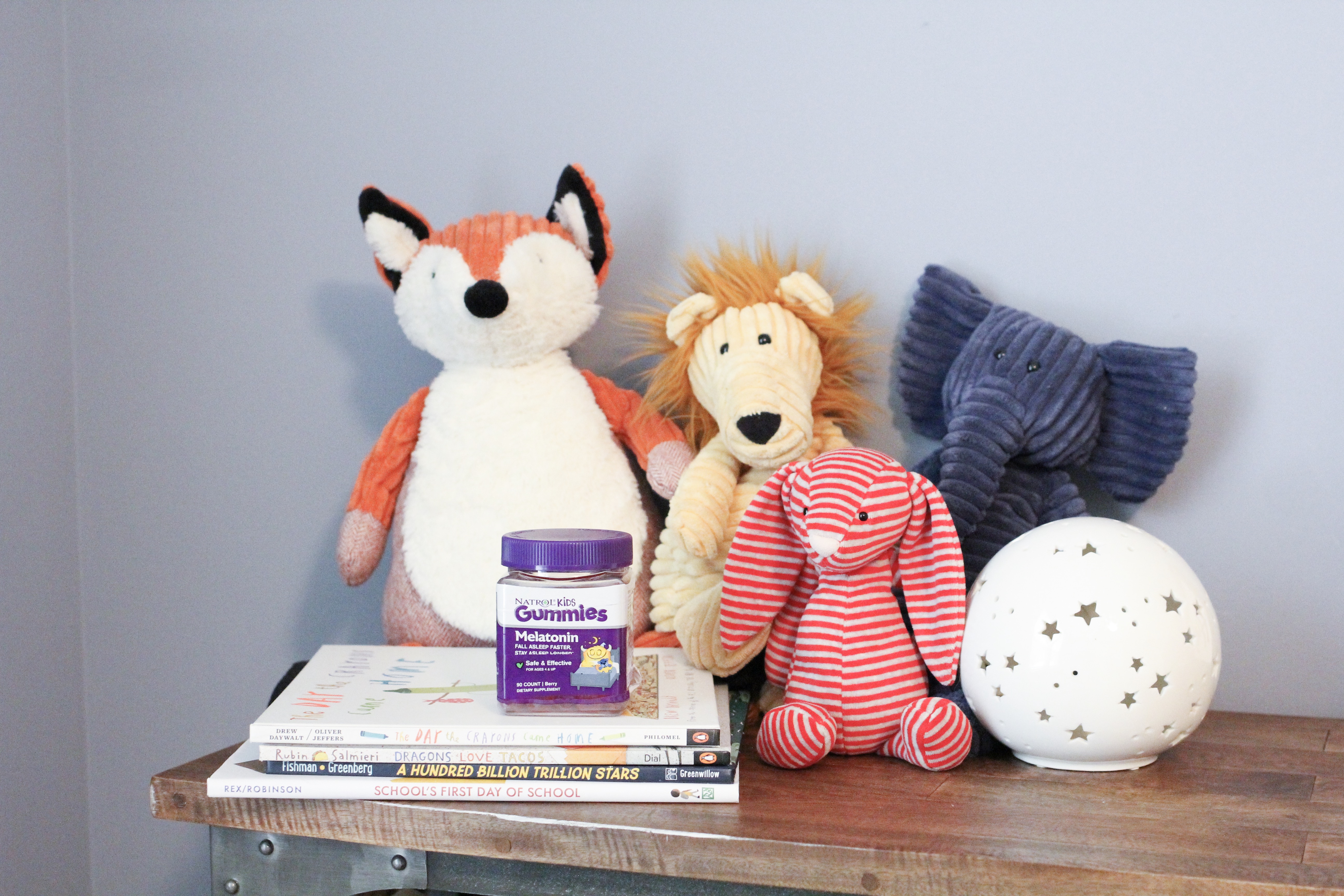 How are you getting your child back into a back to school routine?

**These statements have not been evaluated by the Food and Drug Administration. The product is not intended to diagnose, treat, cure, or prevent any diseases.