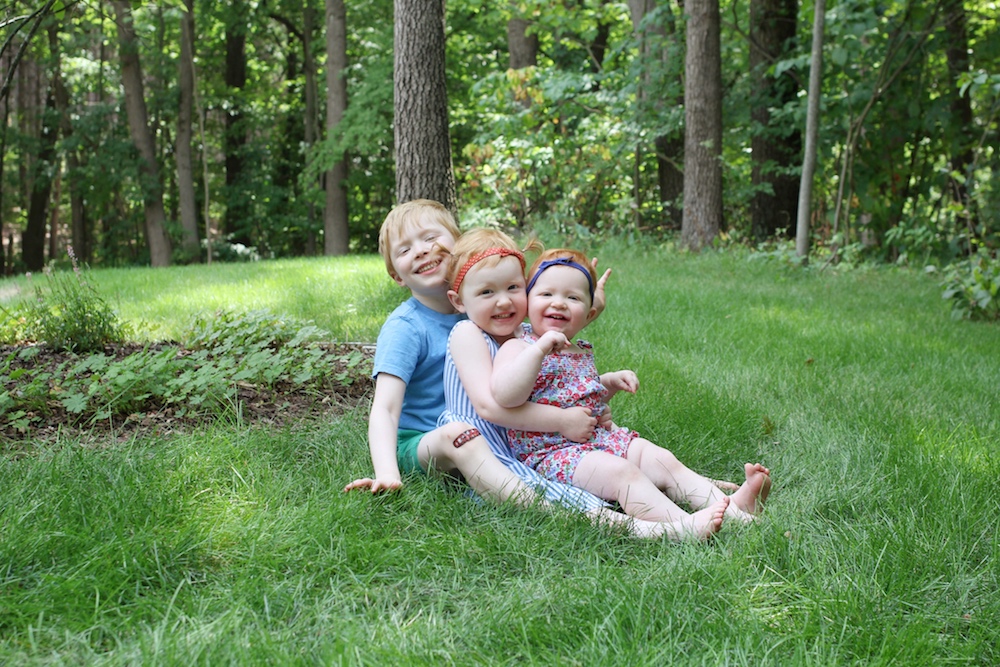 I get asked a lot how I get my kids to cooperate with all my photo taking. And I kind of chuckle a bit. Because yes, they turn out pretty cute, but dang, it’s a lot of work and sweat on my part to get a good photo. And for every cute photo I take, I also take about 1,000 not-so-cute photos. And this one above? It’s a RARE gem. All three siting and looking at the camera? And no tears? It’s a miracle. I actually don’t think I’ve ever been able to accomplish it! The only other photo I have where all three are looking and smiling was taken by a professional during Christmas. So there’s that. I usually don’t even TRY to take a posed photo like this one, because it usually ends up in disaster. I seriously don’t know what got in to me to even try this pose, but I’m so glad it worked! Maybe in another 6 months I’ll try it again. In the meantime, here’s how our photo taking sessions usually go down: 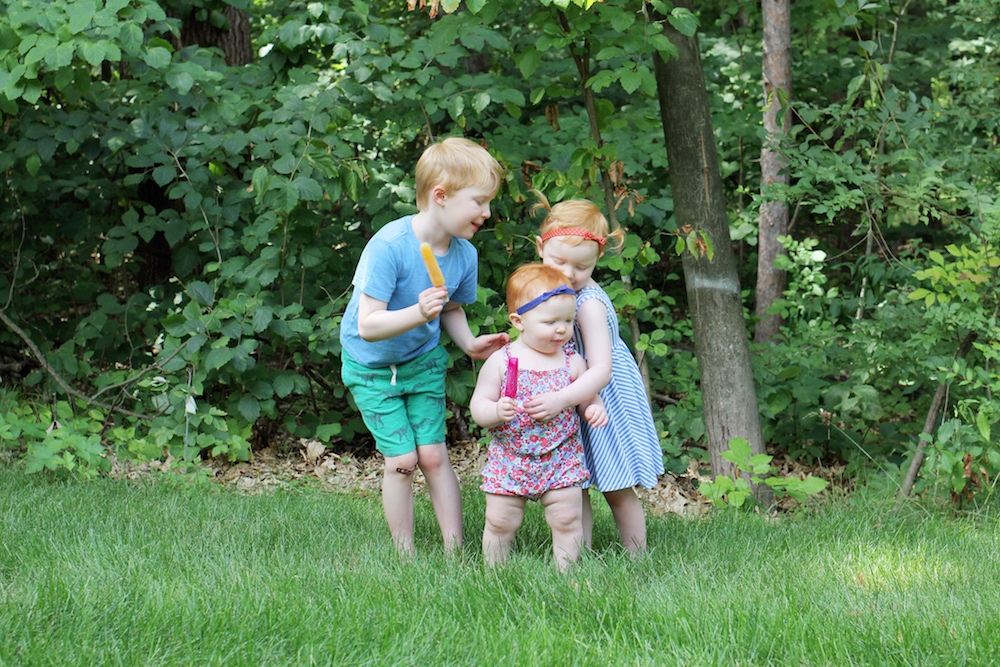 My kids are very used to my camera, because they see it basically every single day. I am totally that mom who takes pictures of them constantly. My best tool for photos is my Canon 60D. It has a super fast shutter speed that allows me to snap a million photos super fast. That is the key to capturing these moments…because typically they only cooperate for so long before someone decides they are d-o-n-e. SO I have to act fast! 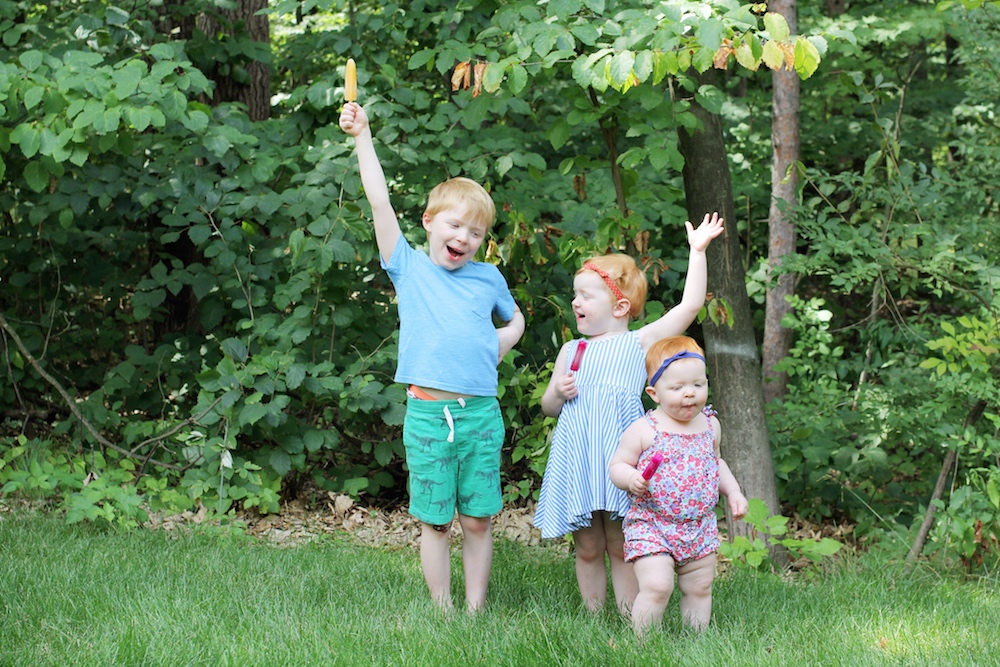 Second, I typically don’t try and pose them too much, or ask all of them to look at the camera. It doesn’t go over very well, and getting all three of them to cooperate is next to impossible. So I usually give them a task like: “jump up and down!”, “who can jump the highest?”, “show me your best dance moves!”, “give your sister a hug/kiss”, or “what does a puppy say?”. Sometimes, especially with Hudson, I say “don’t smile!” which often has the opposite effect. Or, when all else fails, I make a toot noise or well-timed poop joke. Works like a charm.

Hudson’s undies peeking out of his shorts crack me up. #reallife 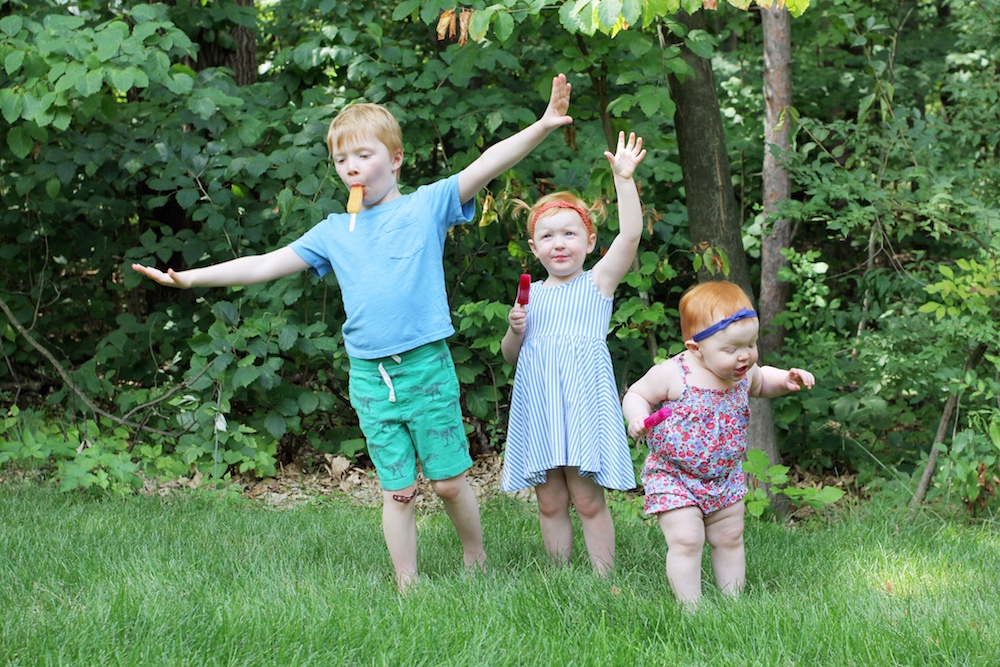 I love it when my kids look like themselves in the photos. AKA, act crazy. Because that’s how they are in real life. 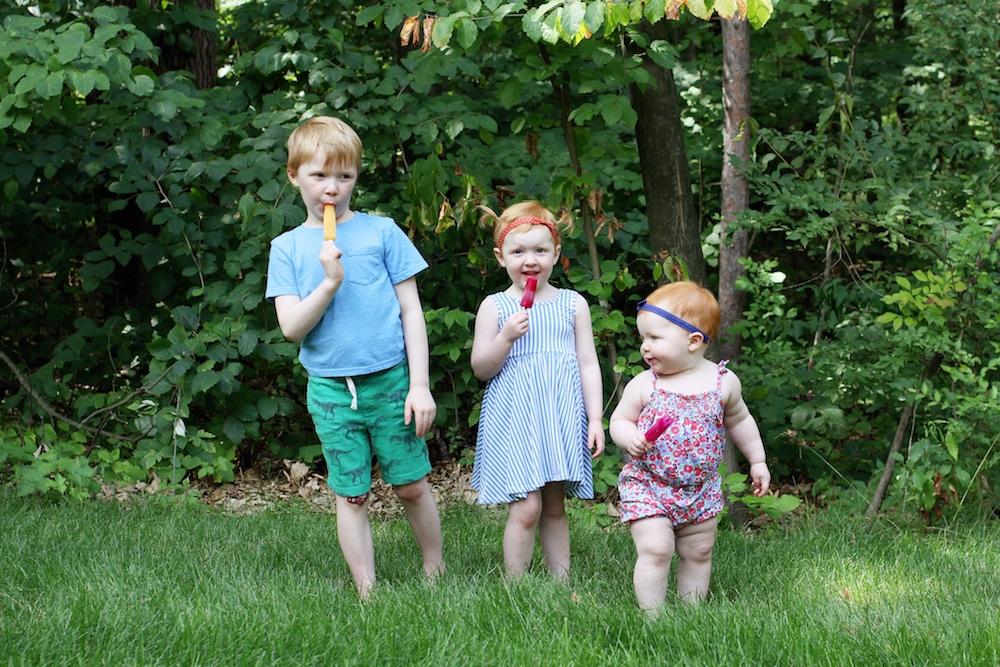 The photos above this capture them so much better than this one where I tried to pose them and get them to look at me. 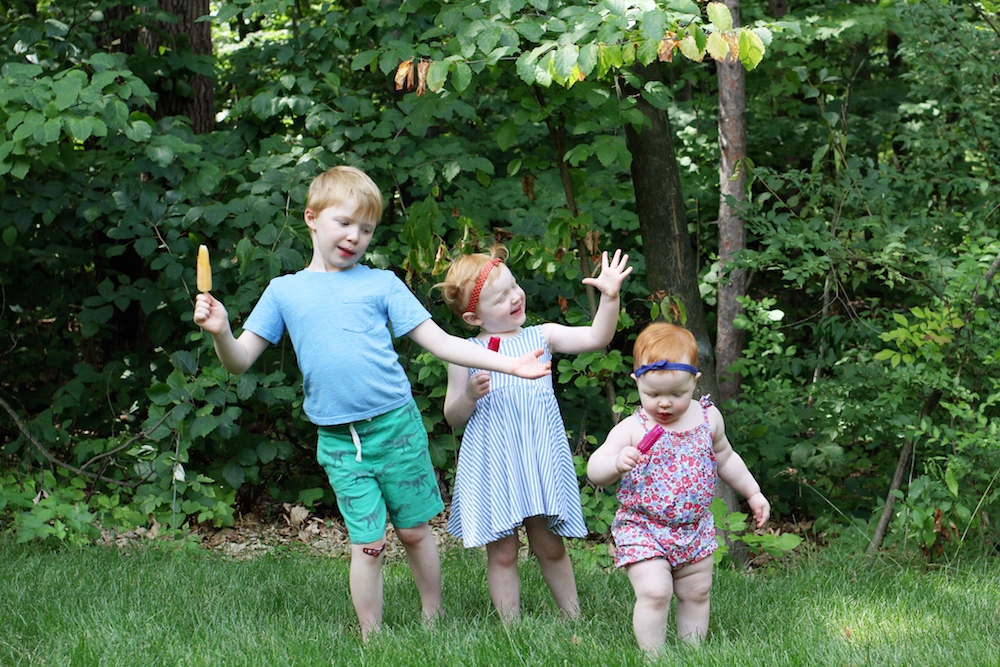 I often have an entire camera roll of photos that look like this, where I have no clue what’s happening. But I just roll with it. 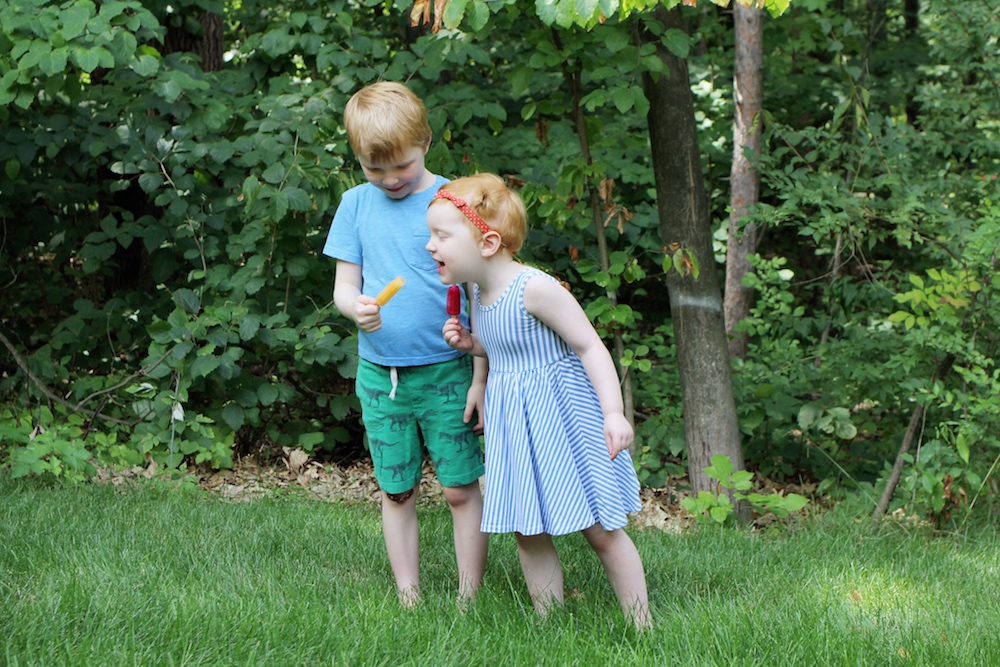 And finally, I’ve learned to be flexible. If someone isn’t feeling my photo shoot, I’ll try again later or the next day. Or simply remove the problem child, in this case it was Belle, and capture an un-prompted photo of the big kids. I never want my kids to dislike my camera. I want photo sessions to be fun and fast! 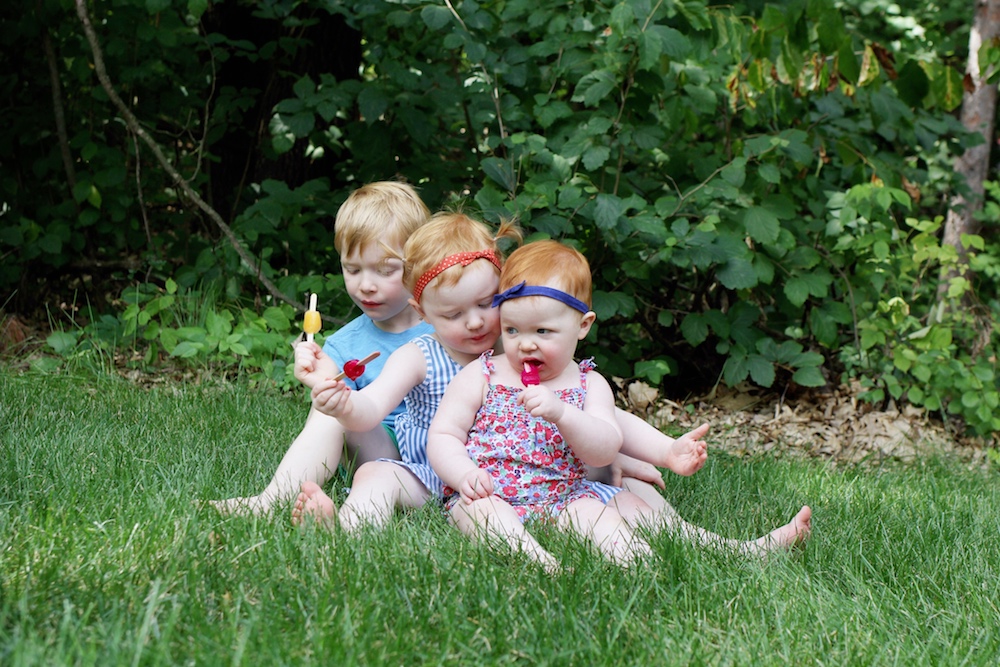 Oh and also, I bribe them. With popsicles usually. Or a lollipop. Works like a charm.

« How We are Getting Ready for Kindergarten
Making Summer Memories Last »