Last week Hudson turned 3 months old! I can’t believe how fast time flies when you have a baby! I absolutely love the stage that he is in right now. He is such a sweet boy and brings so much joy to our lives. 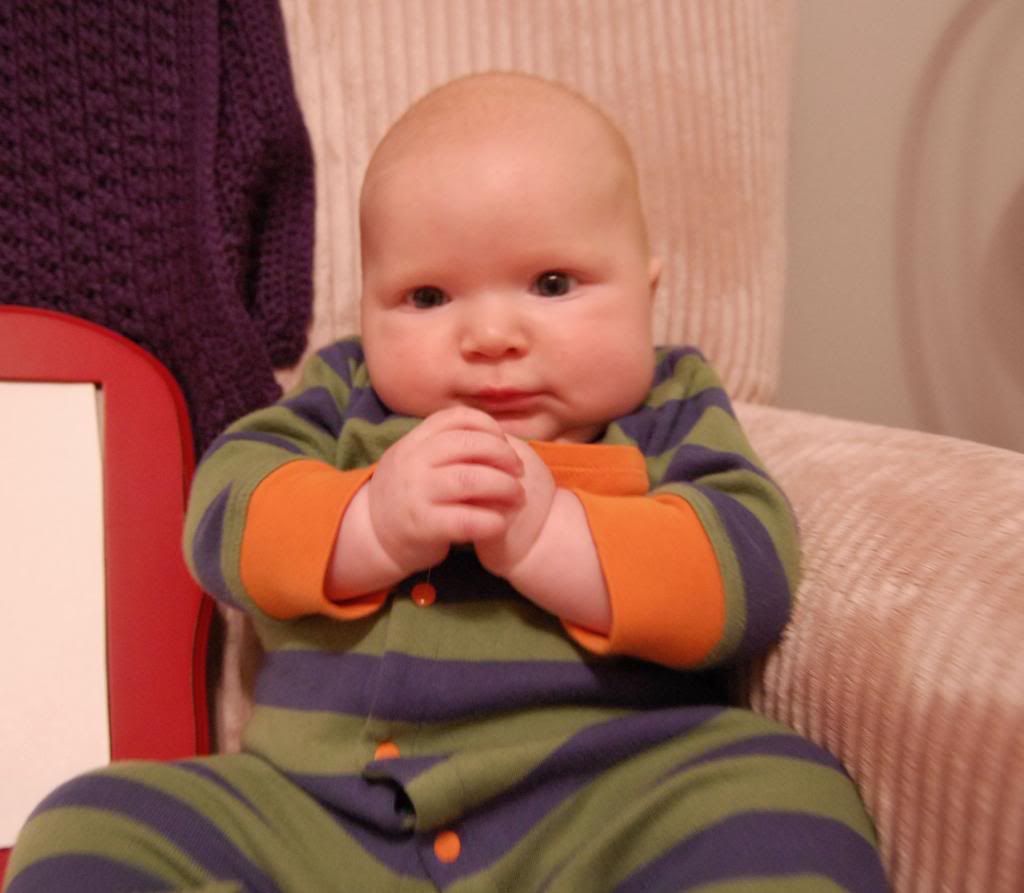 Height and Weight: We haven’t had a doctor’s appointment this month, but according to our scale he is 16 pounds 6 ounces! The last time we measured him he was 24 inches…so he might be a little taller now. He is growing so fast!


The little hair he has is definitely red/strawberry blonde. I LOVE it. And so far his eyes are staying blue. 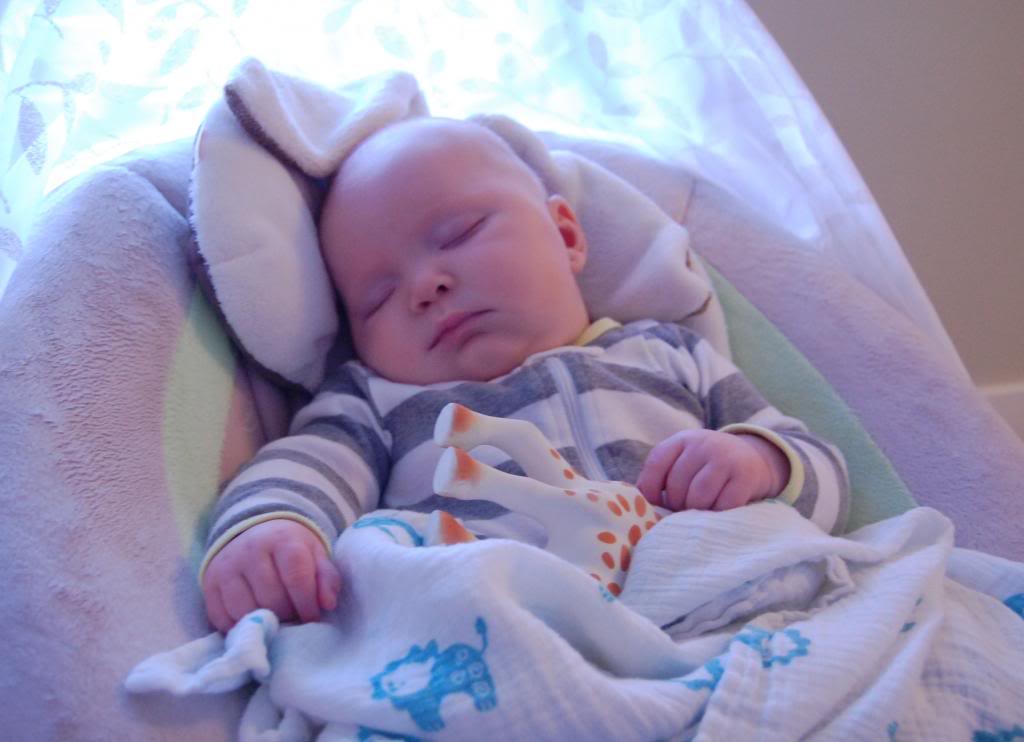 Health: The day he turned 3 months old Hudson got his first cold. He is still sick 5 days later, but starting to feel better. Hearing his little cough just breaks my heart! I am so thankful for an otherwise healthy baby. 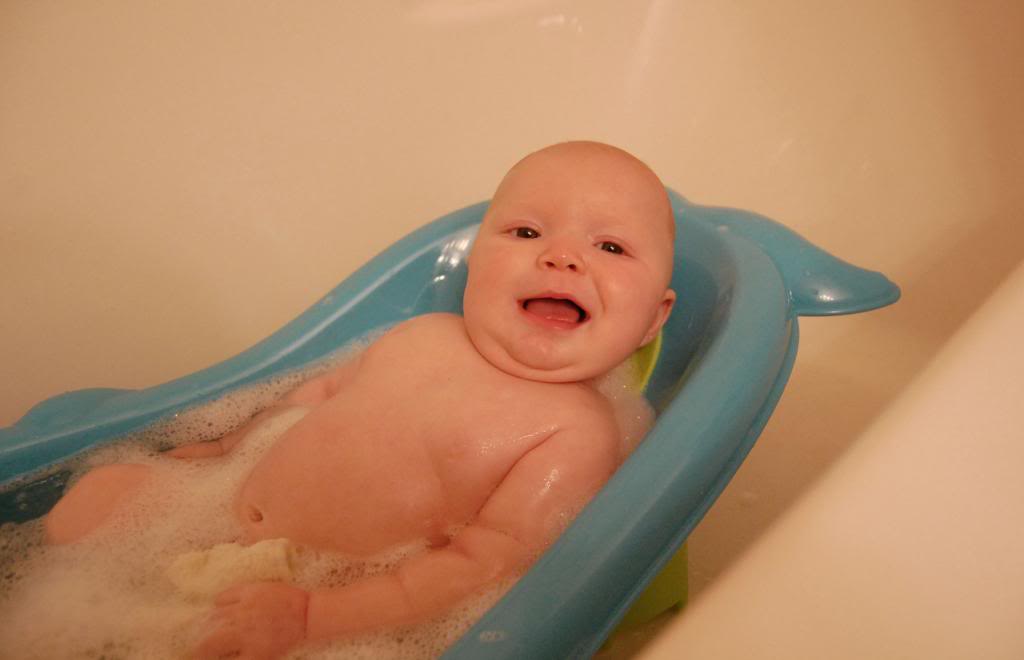 Even though he doesn’t feel well, he’s still all smiles!


Sleep: Hudson started sleeping through the night about a week or so ago! He usually sleeps for a 10-11 hour stretch. But now that he’s sick that has gone out the window. Hopefully when he starts feeling better he’ll go back to sleeping through the night. Fingers crossed! Hudson isn’t a very consistent napper, but I try to get him to take 2 naps a day. Some days he takes 3 naps and some days he takes one super long nap.

Diet: 100% breast milk. And thanks to his daddy he finally learned to take a bottle when he is at daycare or home with daddy or grandma while I am at work. 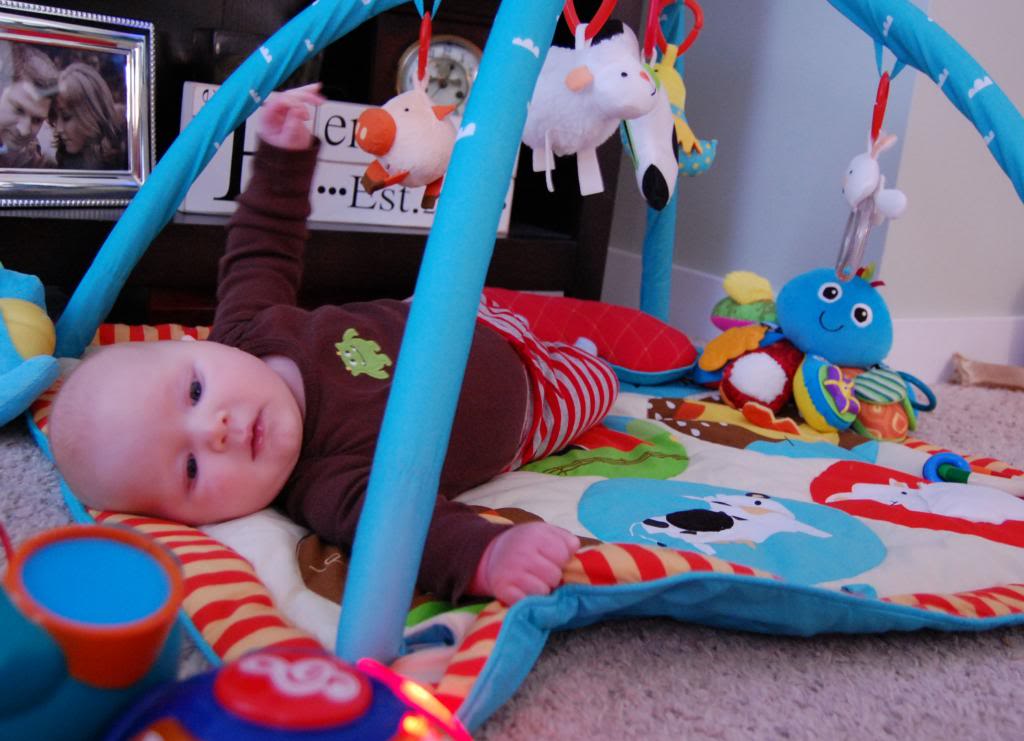 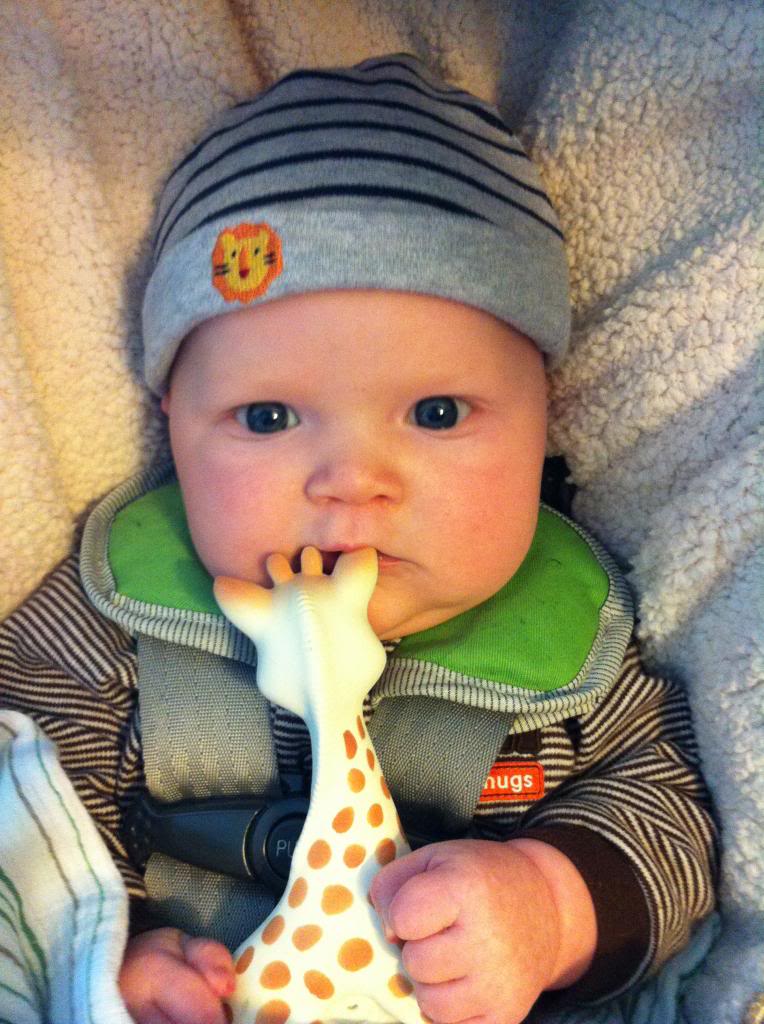 Baby Gear Love: Hudson loves his Sophie the Giraffe. It is by far his favorite toy. He also likes to swat at the toys on his baby gym.

Crying: Hudson cries when he is tired, hungry, and according to daddy when he has to take a bottle. 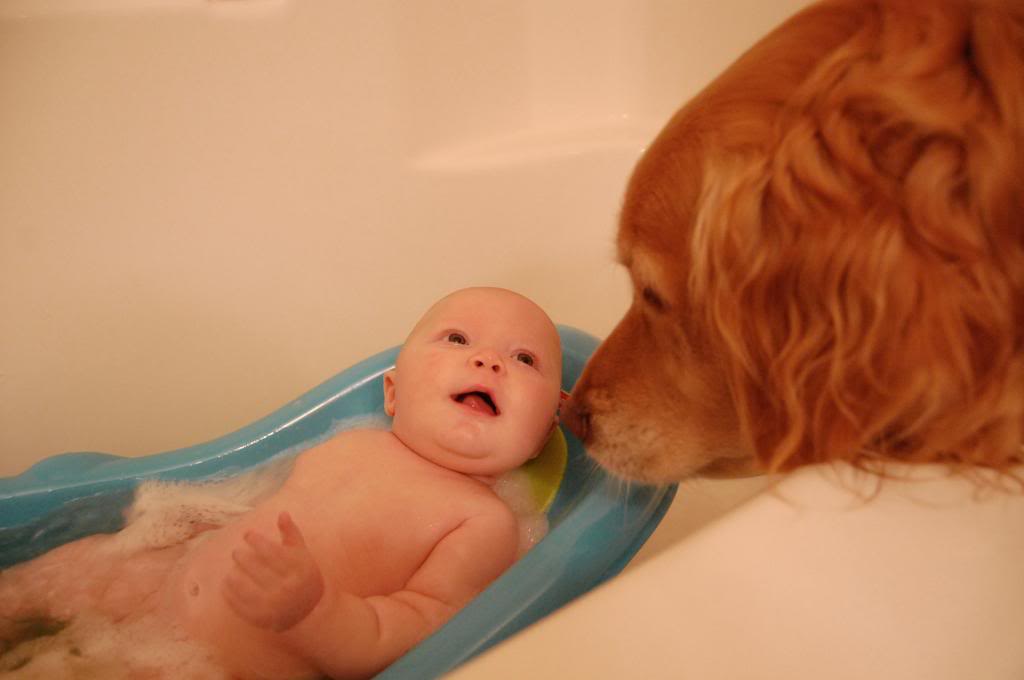 Likes: Eating, laughing at daddy, and chewing on his hands. And he still loves his bath. He is also noticing Wrigley and the cats more often now. Wrigley is dying to play with Hudson! They are going to be such great friends one day.

Postpartum: I still have a few pregnancy pounds to loose but I’m not stressing about it. And I’ve been shedding hair like crazy. I still have a ton of hair so it’s not noticeable at all…just a pain in the butt. 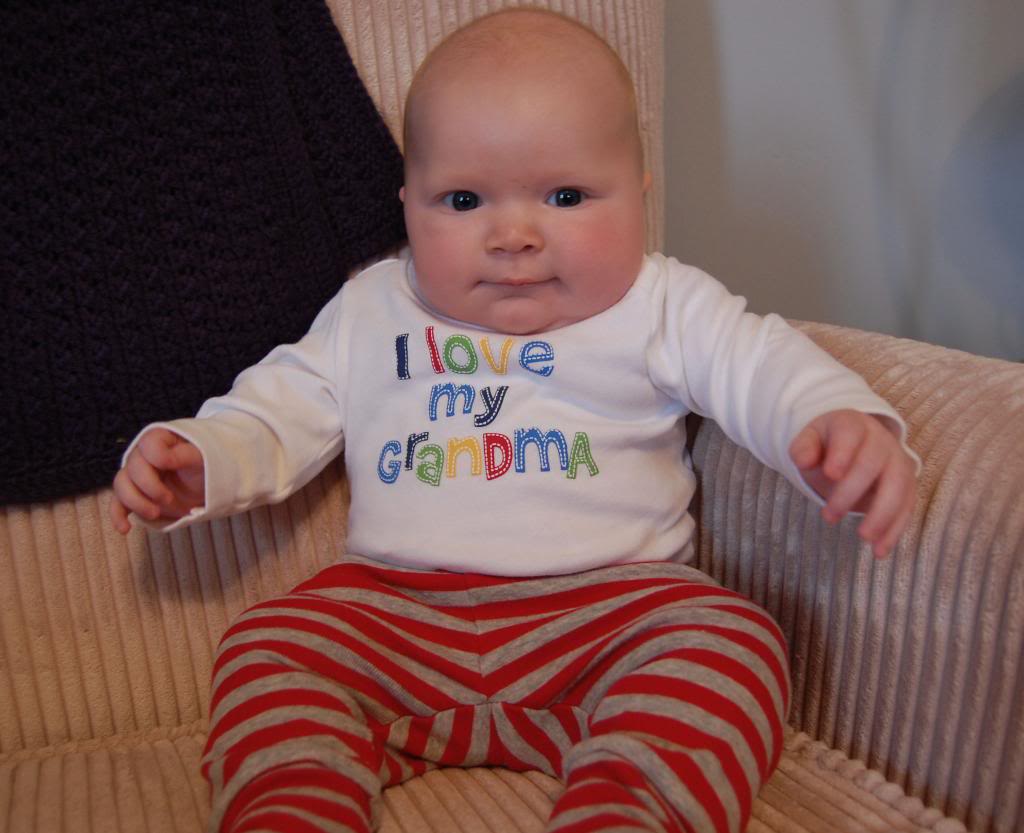 Social: Hudson started day care at 12 weeks. So far so good. It was much harder on me than it was on him! And all of the day care workers just LOVE him. His teacher, Miss Morgan, told me that teachers from other rooms come in just to see him and love on his chubby cheeks. It makes it a little easier to leave him knowing that he’ll get lots of love during the day. 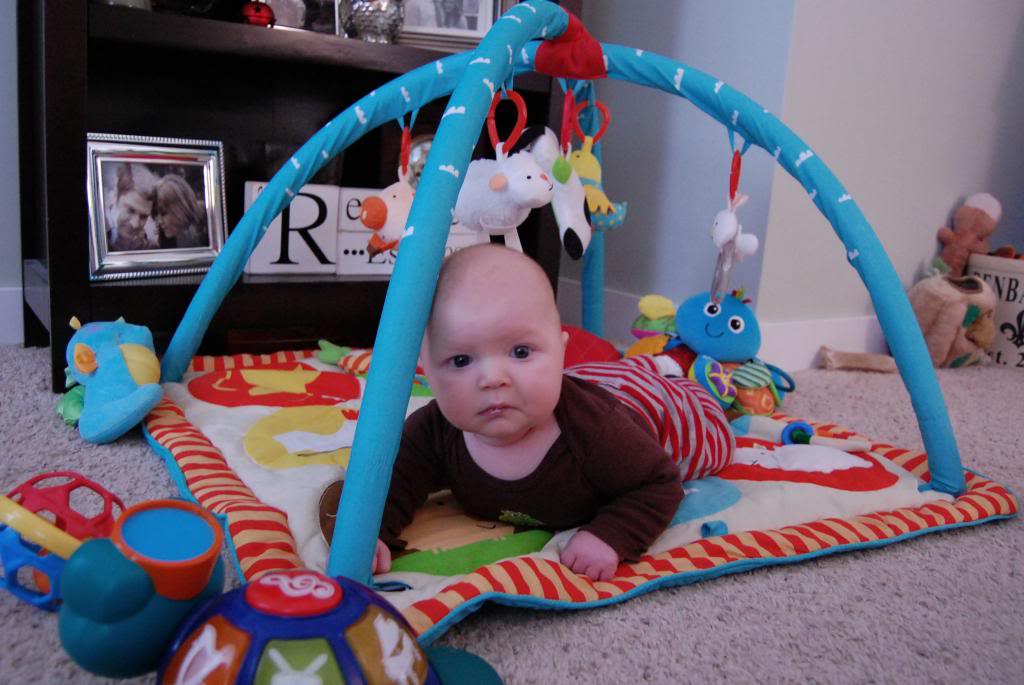 Milestones: Hudson can hold his head up now and sit in the Bumbo. He also started rolling over from his tummy on to his back! My mom watched him on Friday and he did it twice for her….she didn’t want to tell me because she was afraid I would be upset that I missed it. He still hasn’t done it for me! Funny story: when my husband got home I told him the good news and he said “oh, he did that for me last week too, but I didn’t think it counted.” WHAT? I guess my husband thinks that it was too easy for Hudson to roll from his tummy to his back because his head is so big it just sort of pulls him over….so he is only counting rolling from back to tummy as rolling over! Silly man. 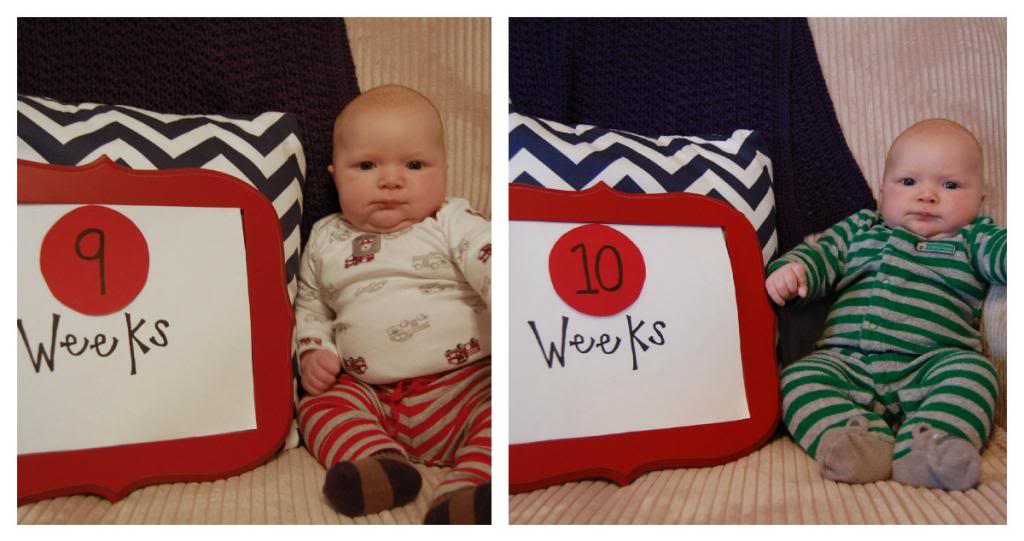 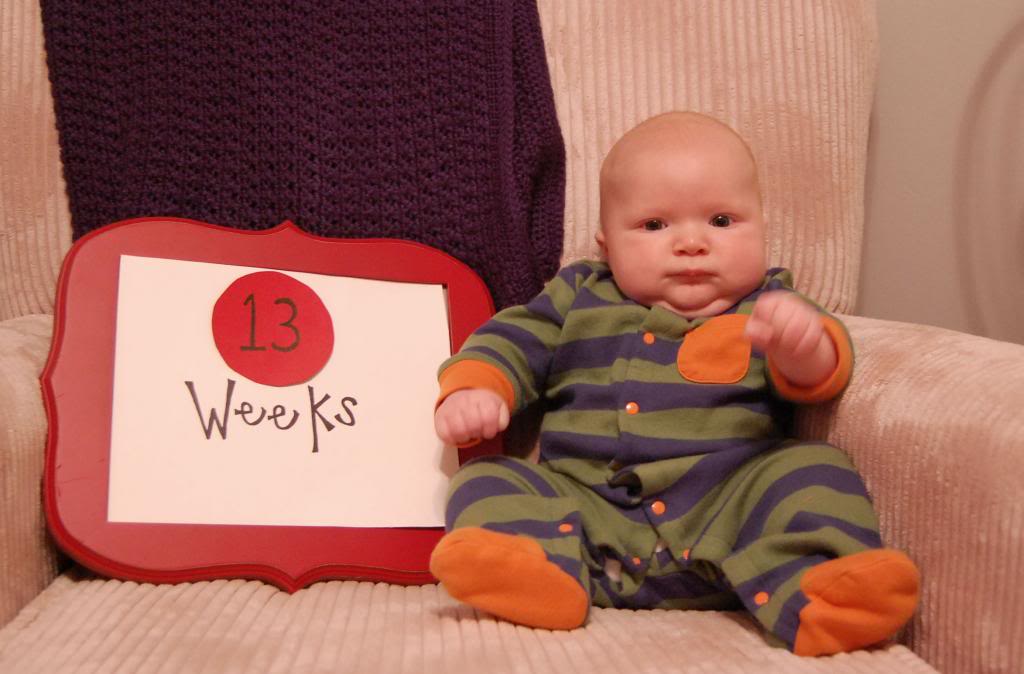 We love our little moose!

« Baby stuff I didn’t know we needed….until we did
O Christmas Tree! »