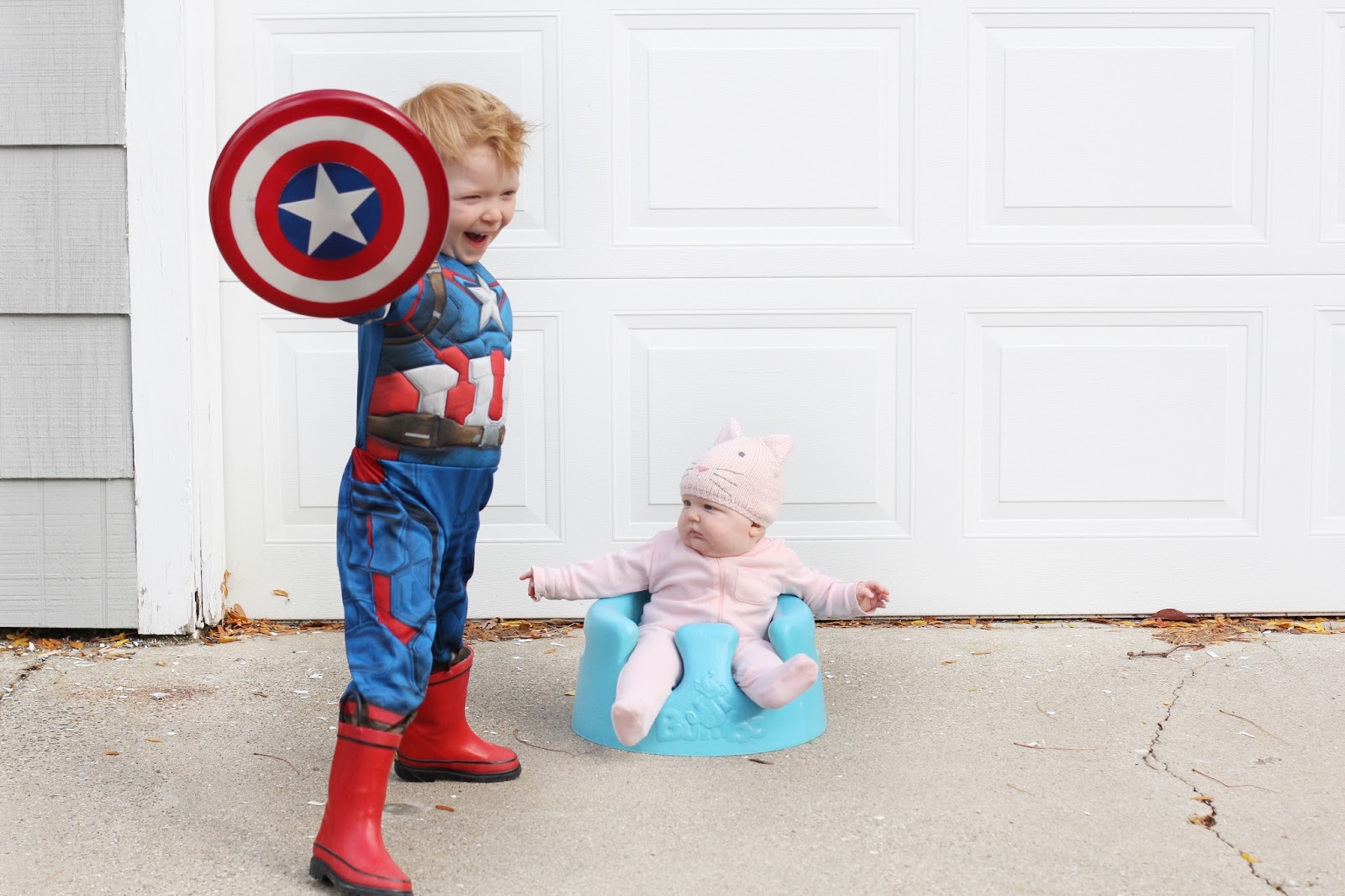 This year I cut myself some slack when it came to Halloween costumes. I didn’t really have time to make anything and Hudson all of a sudden was very particular about who he would and would not be for Halloween. Daddy took him to Costco one day and Hudson came home as Captain America….and basically that’s who he has been every day since. 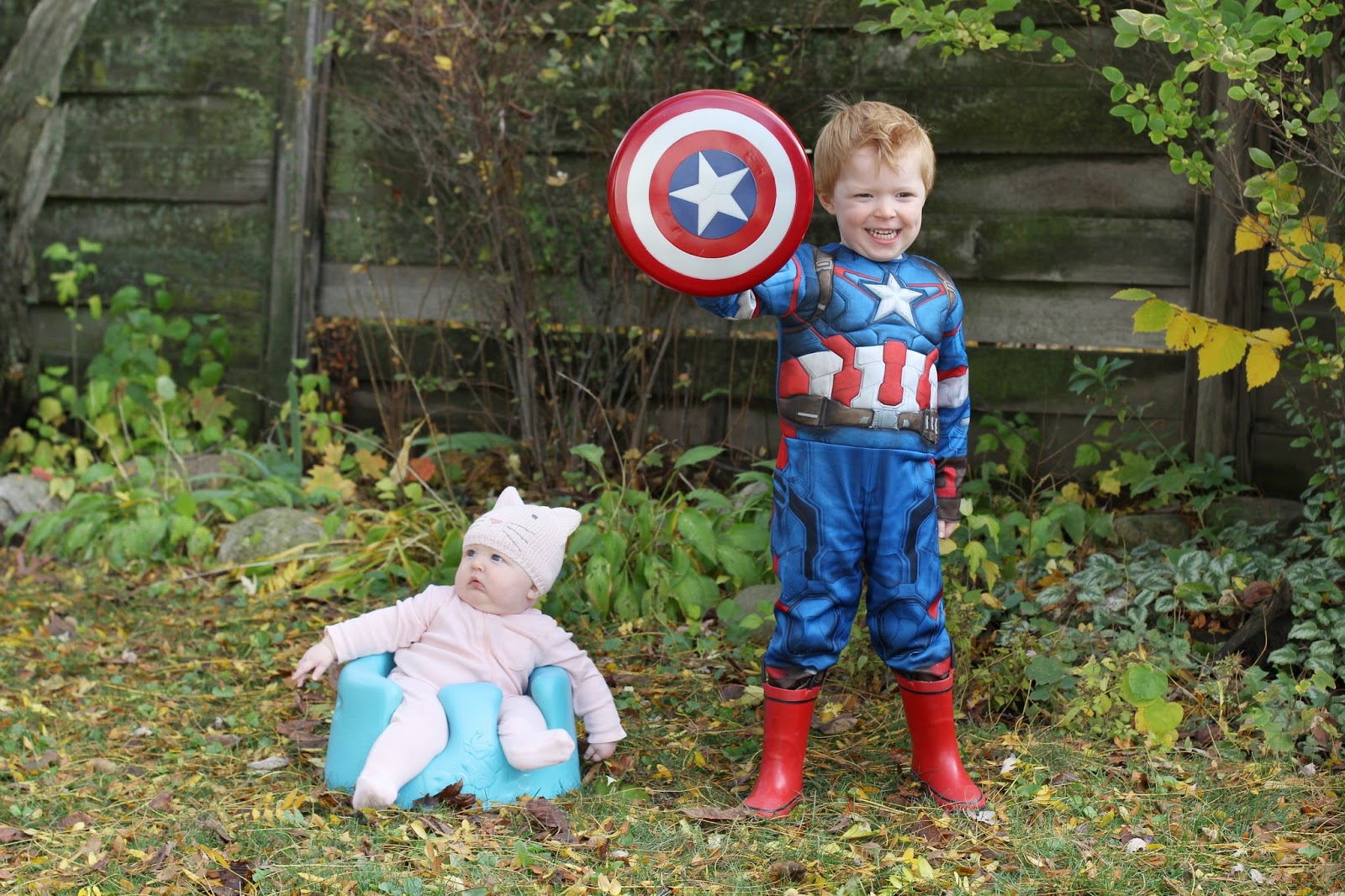 So of course when it came time for trick or treating he refused to wear his Marshall costume and opted for Captain America again! 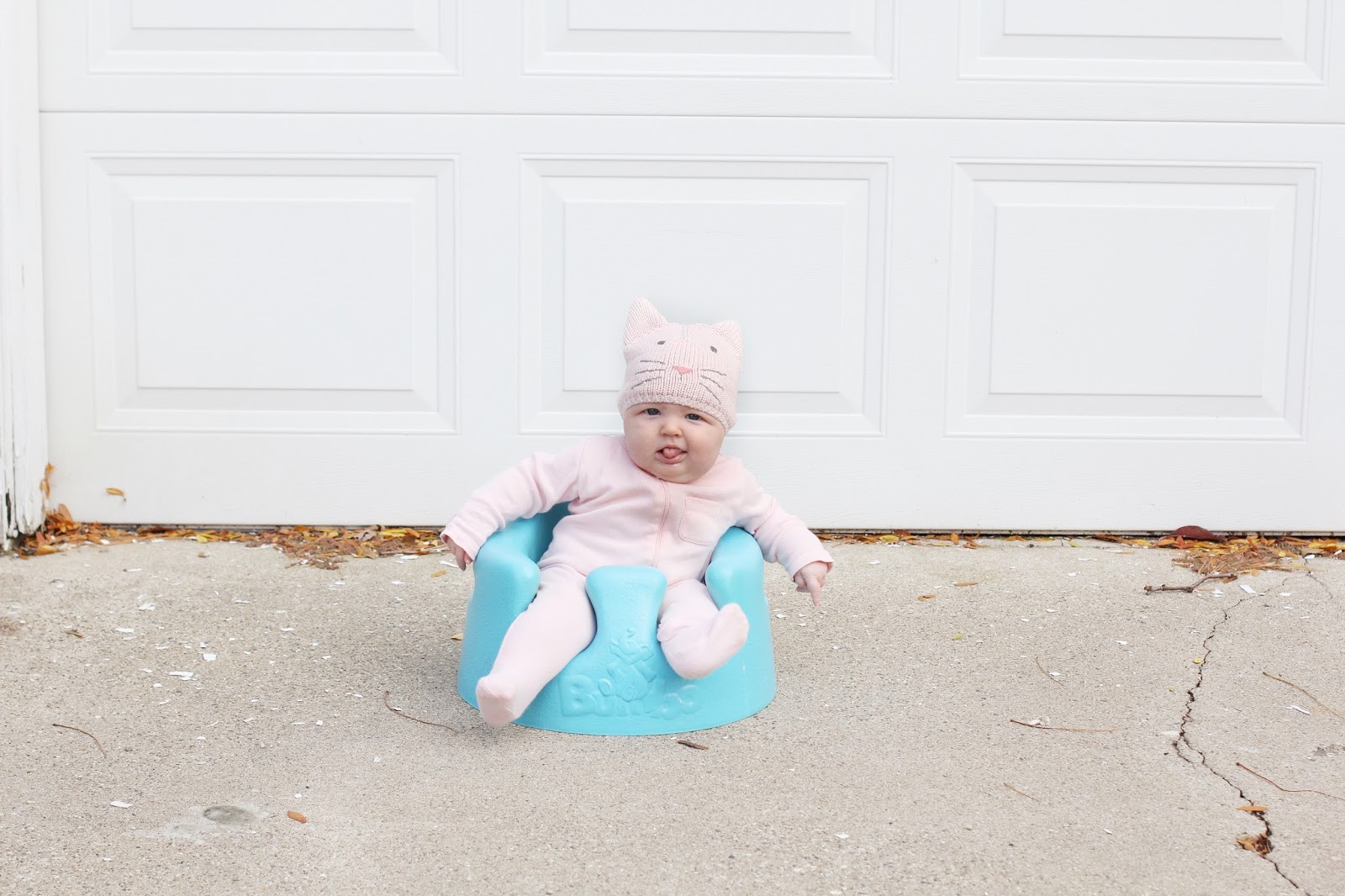 It was cold and rainy…so Miss Sadie got to be a snugly pink kitty. But believe me, once that girl is walking she’ll be wearing all kinds of cute costumes, I’m sure. She’s just lucky she didn’t have to be Iron Man or Thor. Because if it were up to Hudson that’s exactly what would have happened. That or a helicopter. Lucky for me, they don’t seem to make many baby sized helicopter or Iron Man costumes….so pink kitty it was. 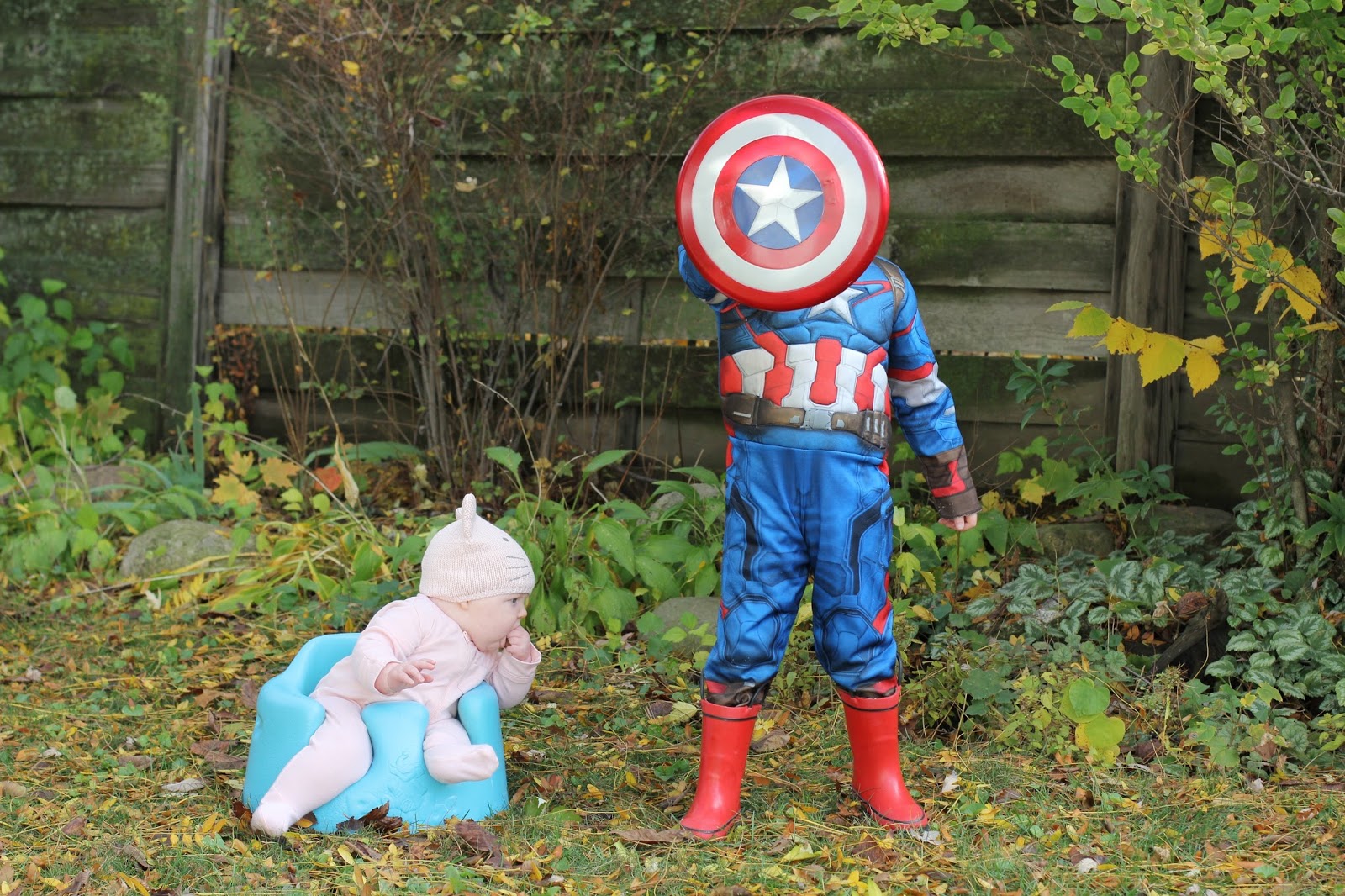 On Halloween it rained all day…but that didn’t stop Captain America! We went to a friend’s house to trick or treat and the boys braved the rain while the girls stayed warm inside and handed out candy. Totally my kind of night. 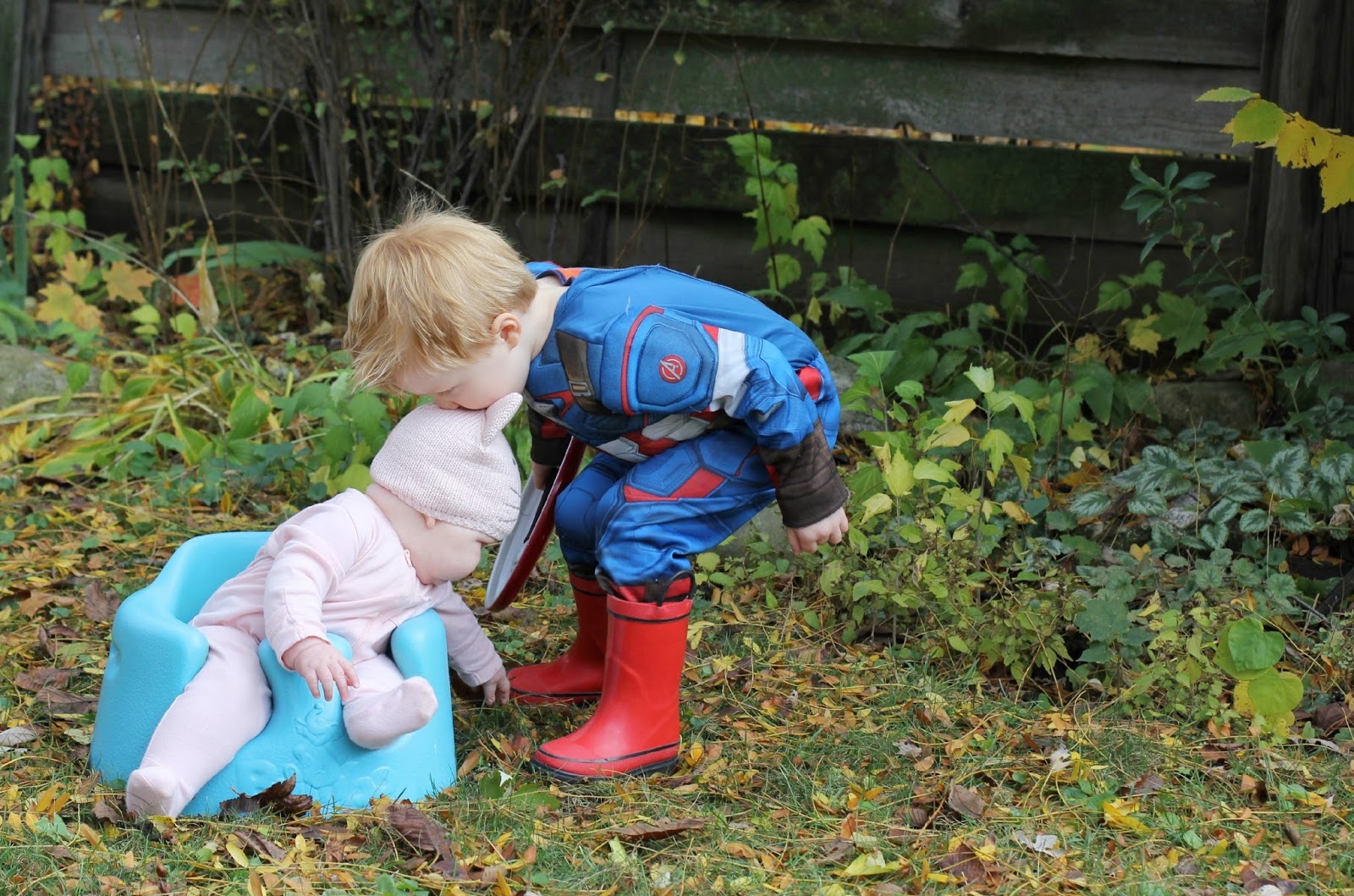 So I didn’t get any trick or treat action shots. These were staged the next day….just for you guys. Keeping it real. But that kiss? Totally unprompted. 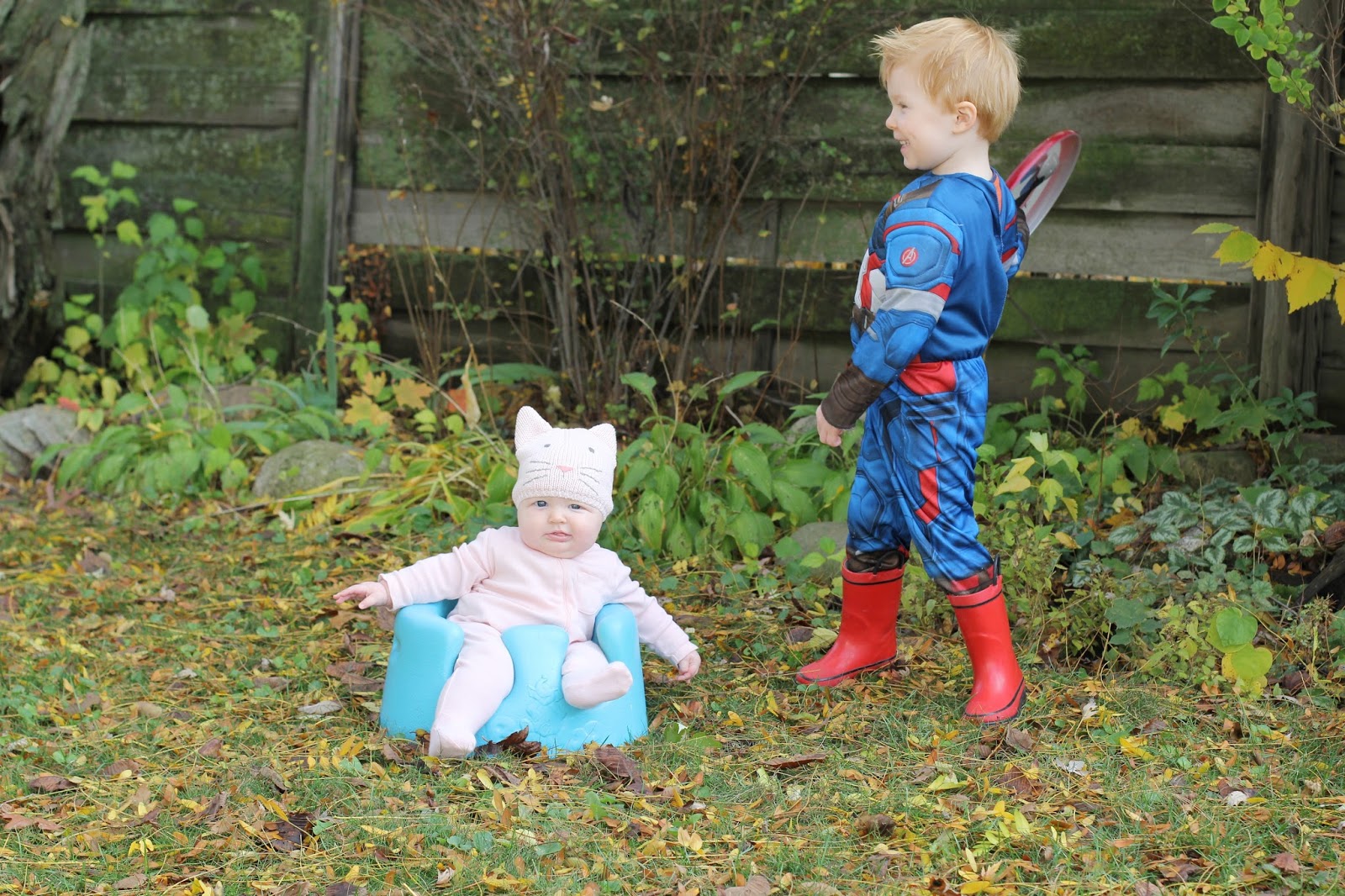 Next year, my fingers are crossed that I can somehow coordinate my two babes.
We did manage to snag Hudson a Thor costume too….so don’t be surprised if you see him pop up on Instagram.