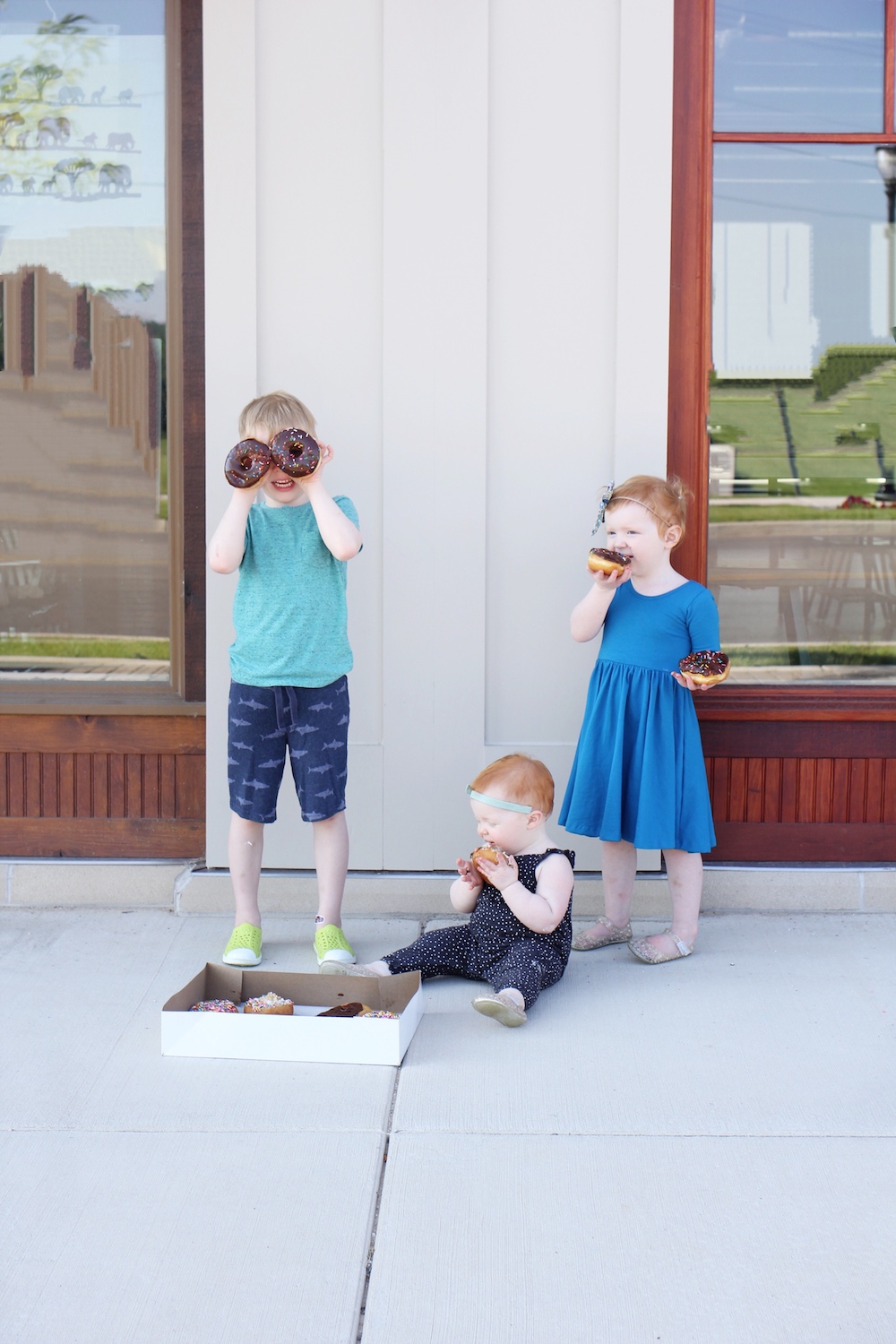 A new donut shop recently opened up by our house and you better believe we’ve been taking about it since the little “coming soon” sign popped up. So when they finally opened I jumped at the chance to bring the kids. 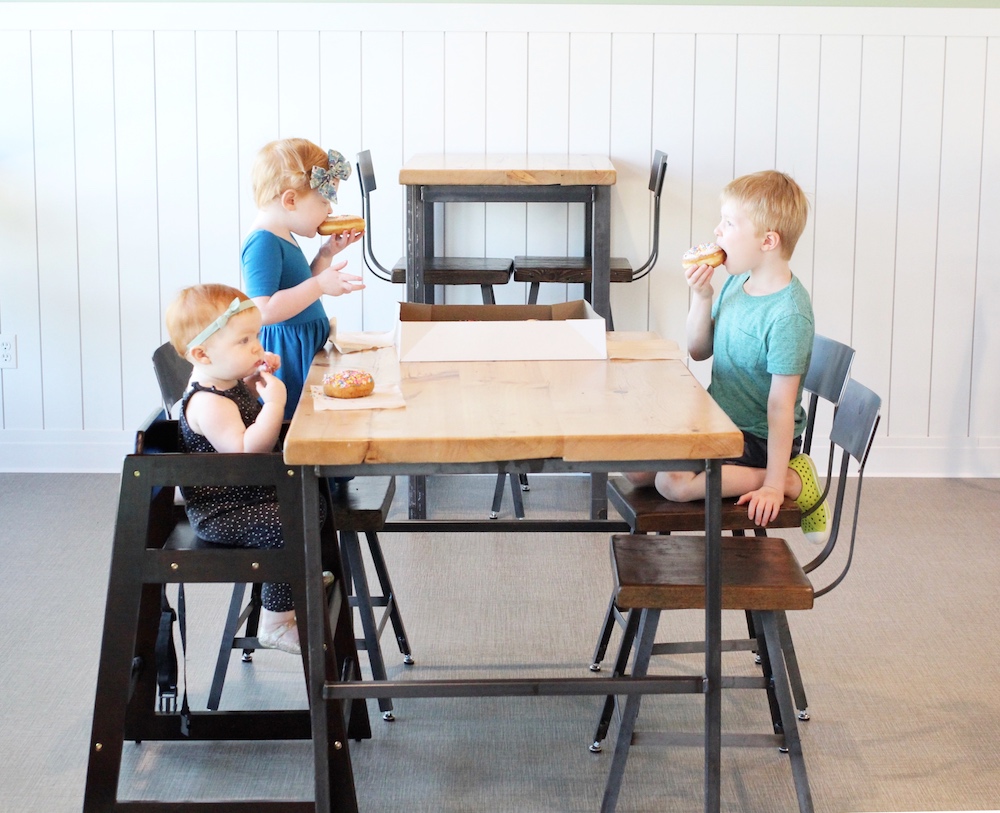 Now, here’s where my California ways start showing……I grew up in Long Beach, CA, where there was a mom and pop donut shop on every corner. And they were all GOOD. My mom and I could ride our bikes, or walk, to a donut shop and it was the best thing ever. And I never thought twice about it. Until Jon’s first ever visit to California. He kept saying, “dang, there are a ton of donut shops here!”…and he was right! Because in Michigan? They basically don’t exist. We have the large chain donut shops, and maybe two others…one that’s downtown and one that’s far away from us. And that’s it. So before Sprinkles opened, we had to drive 20 minutes to get a donut. And that’s just not right my friends! 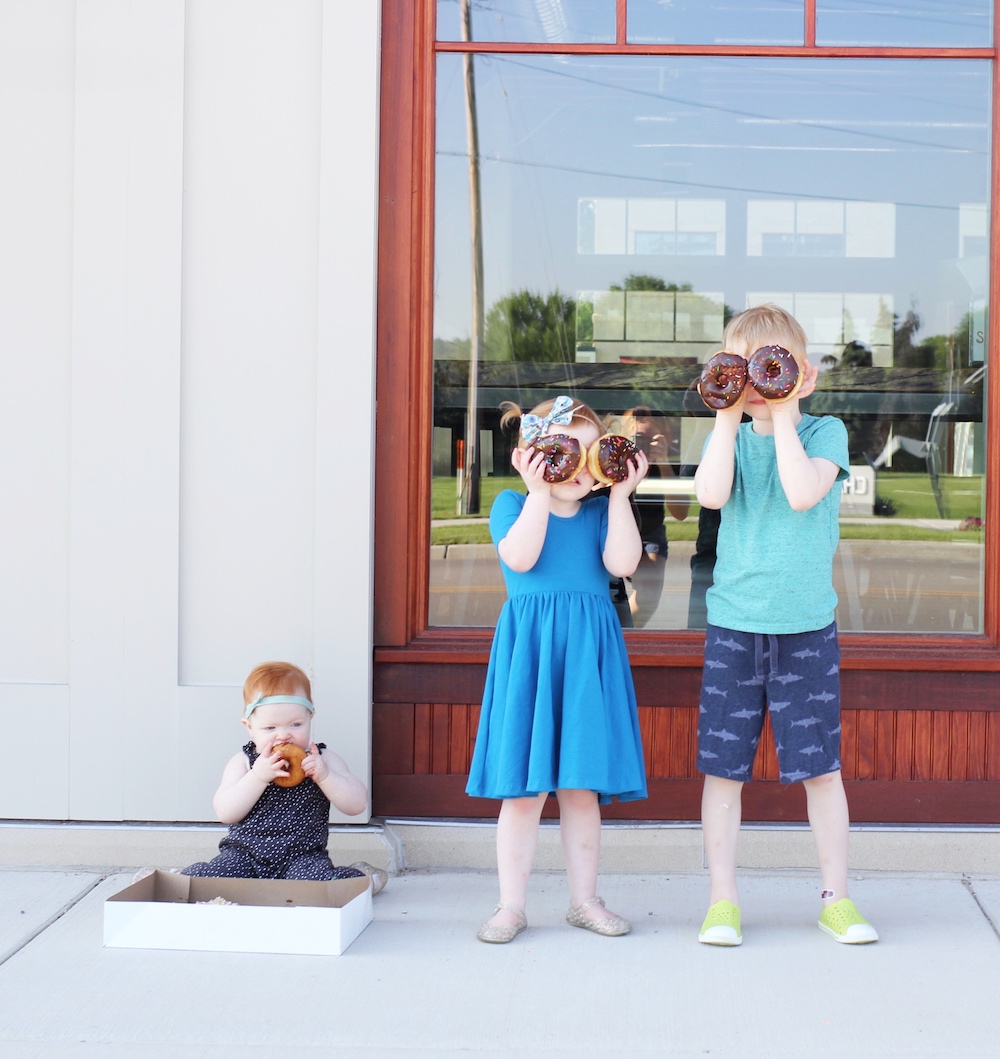 So now, not only do we have a donut shop just minutes away from our house, but it’s also family owned and 100% delicious. I feel like my kids just won the lottery. Also, explaining how to do “donut glasses” to a three year old is pretty hilarious. But she totally got it…kind of. I apologize to all the people who drove by and thought I was a crazy mom. I have NO SHAME. 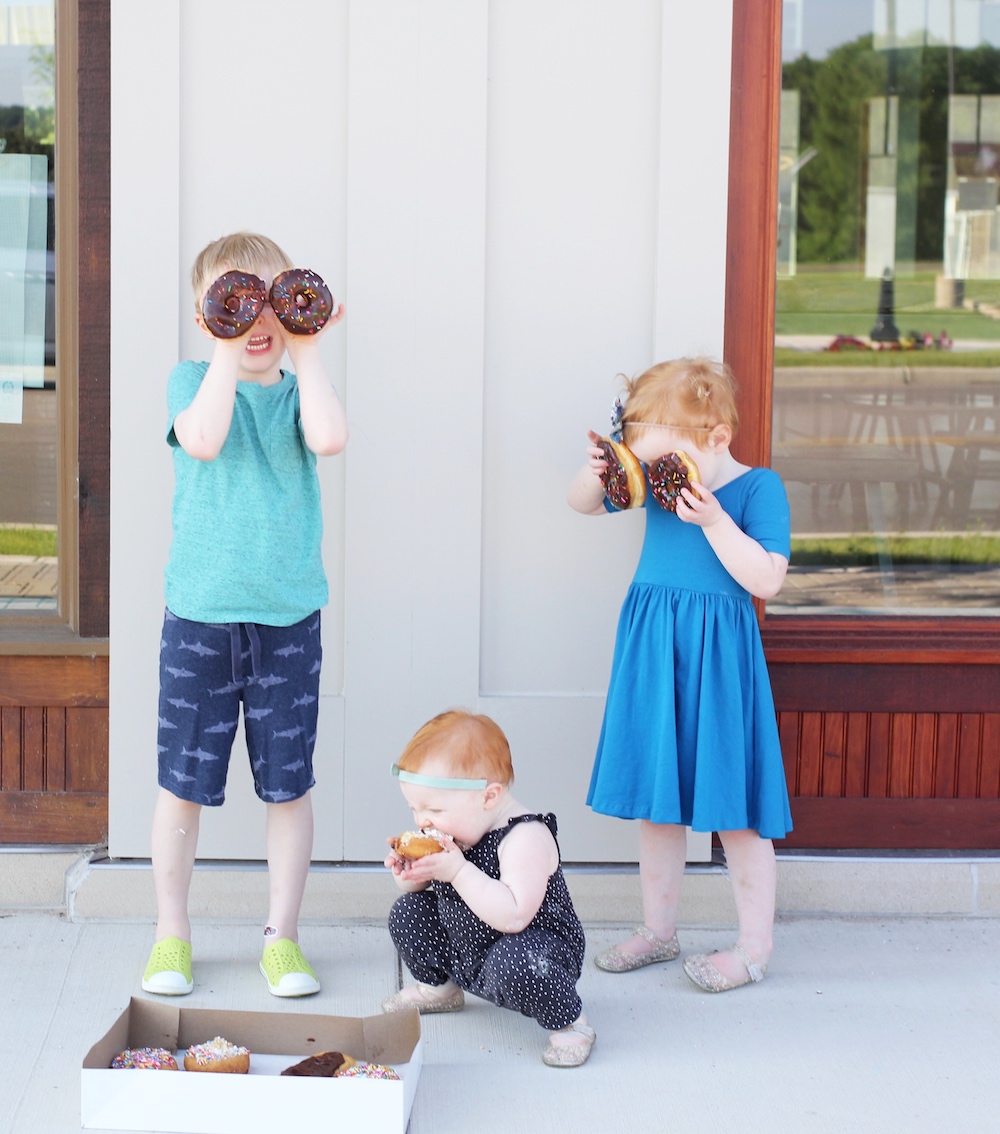 Belle didn’t care that I was trying to take photos. Girlfriend just went to town on her (second) donut. She’s totally my child.