I didn’t mean to take another blogging break yesterday….but the weekend just got away with me! Going back to work after a week off is SO hard….it’s especially hard when everyone else still has the day off!
We had a great New Year’s Eve….usually we have a party at our house but decided against it this year. It was so nice to not have to stay up until midnight. That’s right, I said it. I’m totally not a party girl. I went to bed at 10:30! 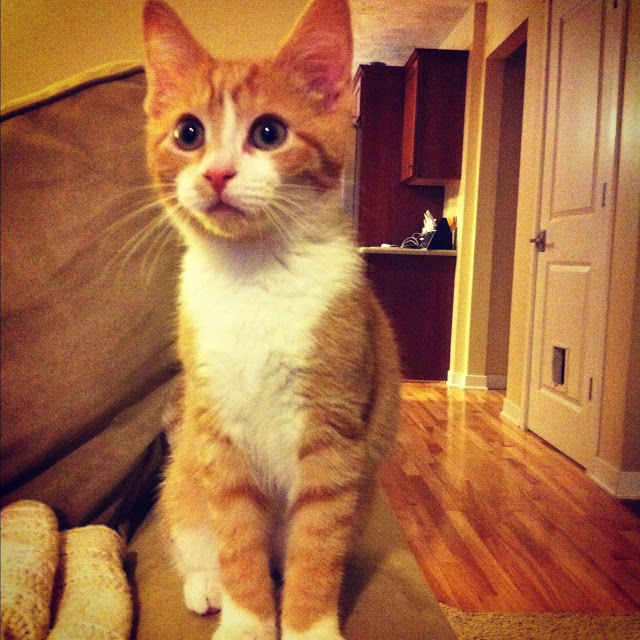 The rest of the weekend was spent lovin’ on Miss Sophie. I just can’t get enough. I’m SO that mom. 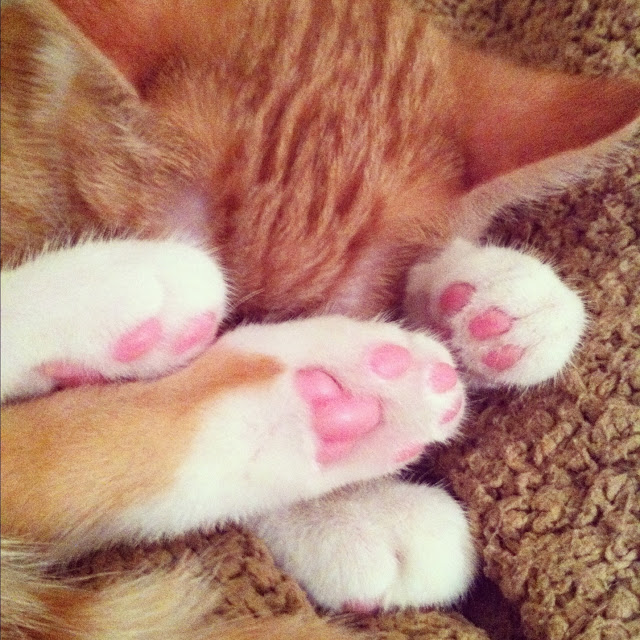 Seriously, look at those feet! Can you blame me for being obsessed? 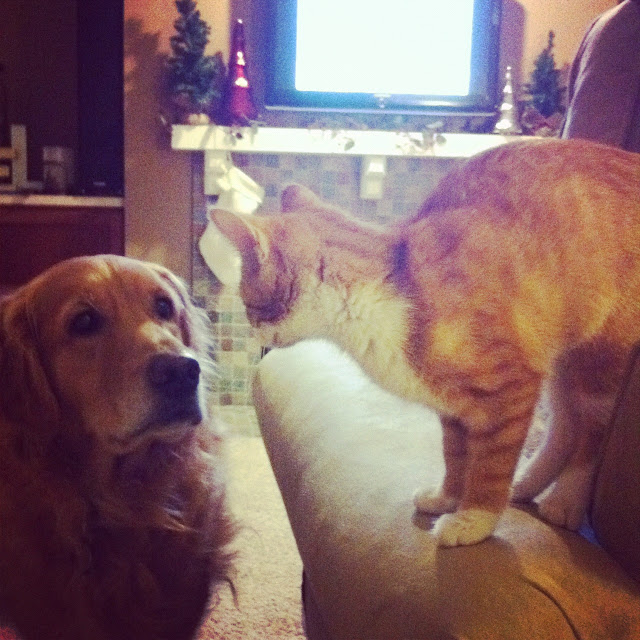 For those of you who’ve asked, Henry and Wrigley seem to love Sophie just as much as I do. Well, maybe “love” isn’t the right word. Henry spent the first two days alternating between hating her and being afraid of her. Luckily he came around and seems to like her. He still won’t snuggle up to her for a picture….much to my dismay.
Wrigley, on the other hand, is OBSESSED with Sophie. He wants to know where she is at all times. He wants to play so badly with her….but he totally freaks her out. The above picture was taken on day 4 when Sophie could finally be in the same room as Wrigley without either of them freaking out. Her out of fear, and Wrigley out of excitement. 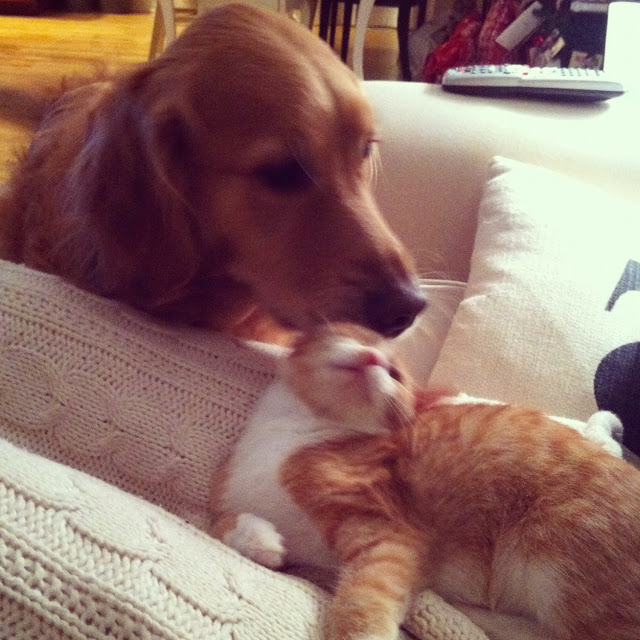 And now, we’re here. Full on puppy kisses. I’m not sure Sophie liked this…but it’s progress!
Did anyone do anything fun for New Year’s? Or were you like me and in bed before the ball dropped?

« So Yeah…..and My Christmas Present
The Weekend in Photos »

Little Known Fact About Me: I fear that one day I may turn into The Crazy Cat Lady. God, help me. Amen.