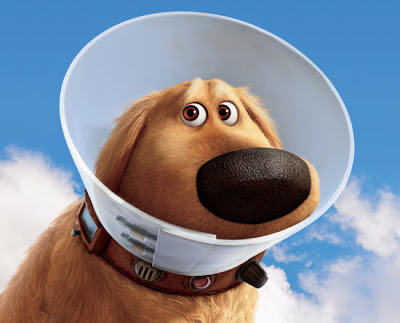 Has anyone seen the movie Up? If not, go watch it now. Trust me. In the movie a dog named Doug  has to wear what he calls the”cone of shame” whenever he is in trouble. 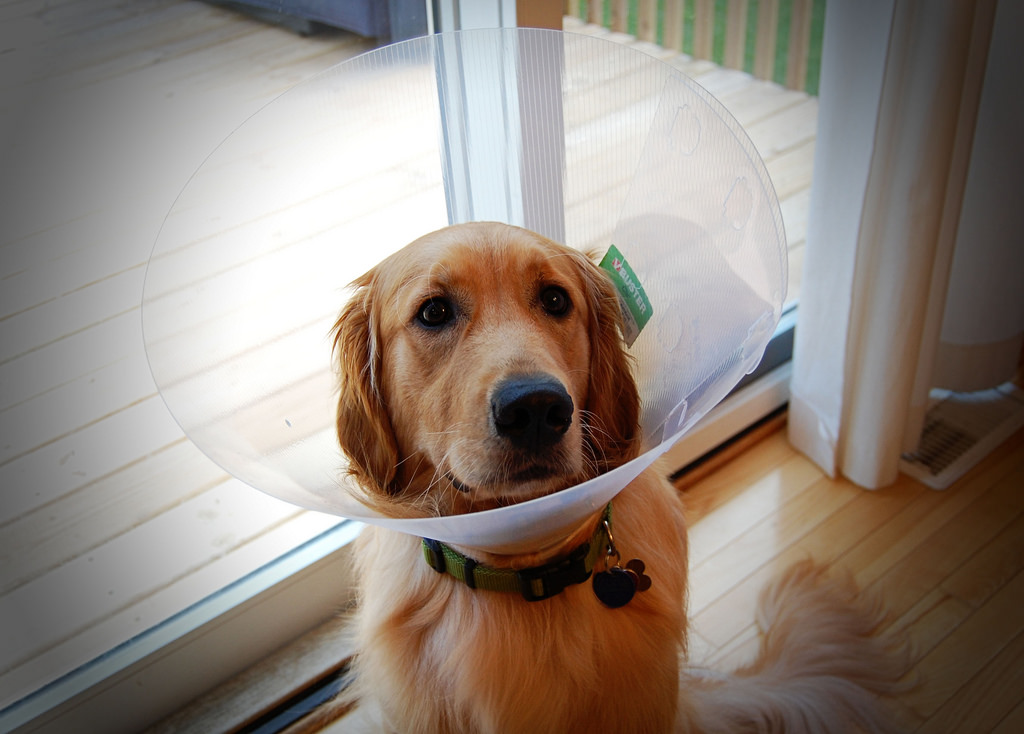 We’ve got our own cone of shame wearing dog around here. Only it isn’t because he’s in trouble. Wrigley isn’t too fond of his new collar….and I don’t blame him. 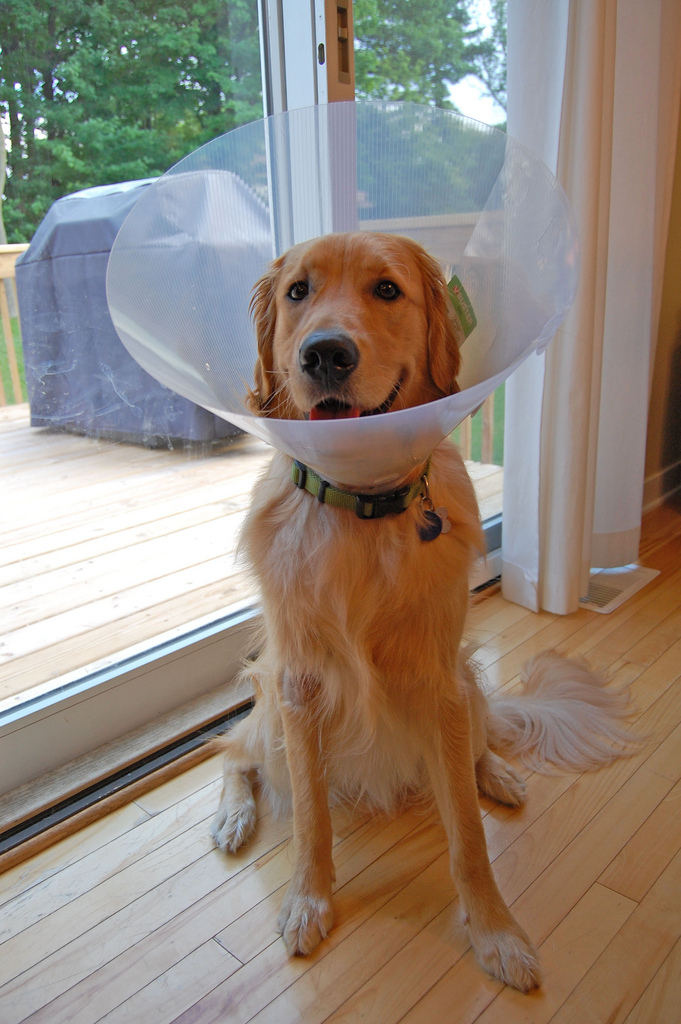 Last week he had surgery to remove a growth on his right leg…and now has 7 stitches. See the little bald spot on his leg? He keeps pick pick picking at the stitches so on went the cone. 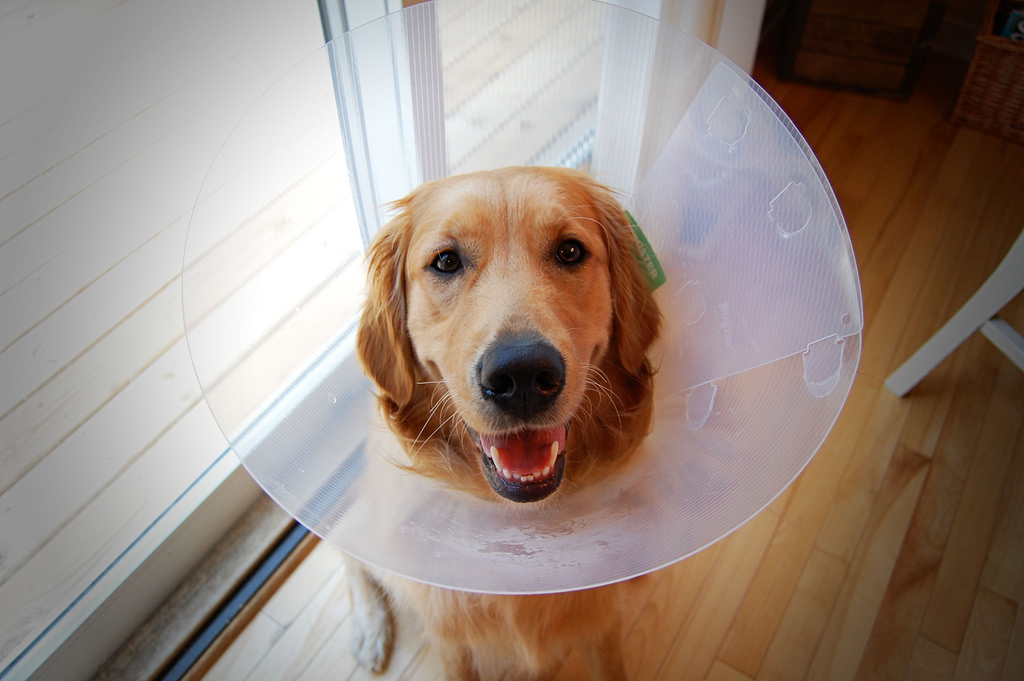 He’s still cute, even with the cone! Hopefully he gets his stitches out in the next few days and we can toss it in the trash!

« A Blog with Substance
Wordless Wednesday: It’s my birthday! »