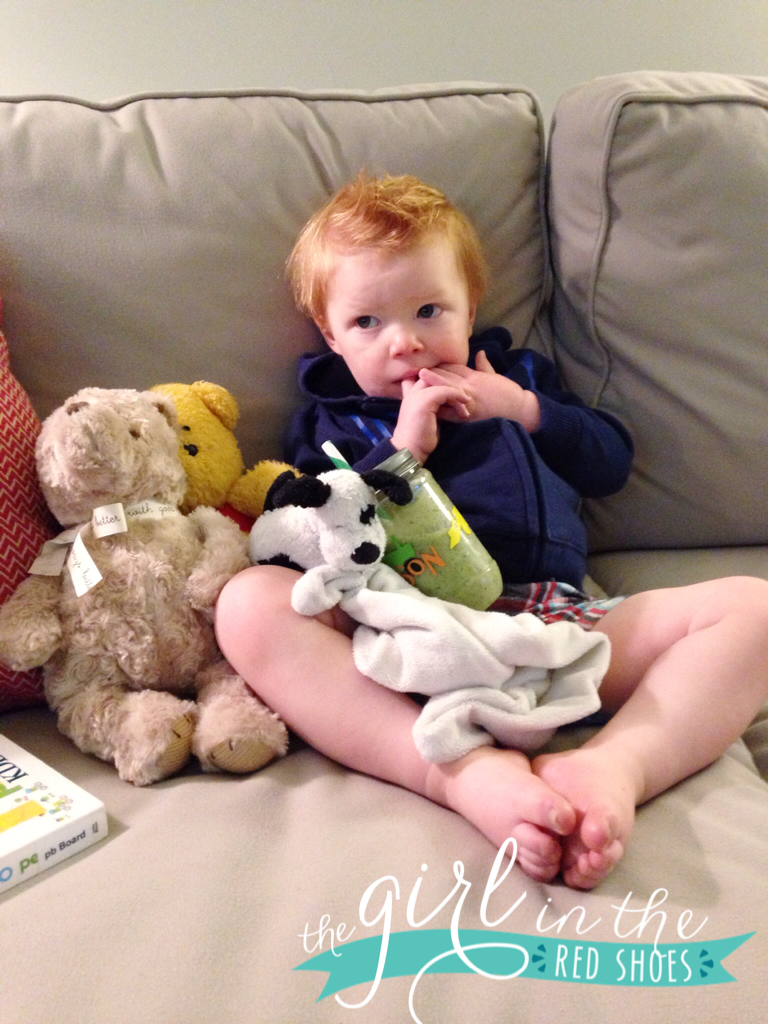 Lately, someone has been putting up a fight when it’s time for bedtime. And that someone isn’t me.
On a normal night, we give Hudson a bath around 6:30, then give him his milk while we read books or watch Winnie the Pooh, and then pop him in his bed and say goodnight. He usually reads a book or plays in his crib for 20 minutes or so and then is out. On a bad night, he plays/reads in his crib for an hour before falling asleep.

**Edited to add: The reason for the early bedtime (usually 7:30pm) is because he needs to be up by 6:30am the next day for my husband to take him to daycare.

But something changed two weeks ago and all of a sudden Hudson is anti-bedtime. He doesn’t want to take a bath. Doesn’t want to sit still to read books or watch a movie. He gets crazy hyper and just wants to jump on our bed or play with all his toys. And then when we put him to bed he screams and cries.
I’ve tried moving bedtime up. I’ve tried moving bedtime. I’ve tried rocking him. I’ve tried singing songs. Nightlights. Laying down with him. Nothing works. I can tell Hudson is super tired and needs to sleep…he’s just refusing it. And it has made our bedtime routine pretty miserable. Thankfully, he isn’t fighting his nap and usually sleeps 2-2.5 hours.
Has anyone else gone through this? I’m hoping it’s just a stage that will quickly pass….any tips would be appreciated!

« Weekend Shenanigans
The Breastfeeding Diaries: Some of my Favorites »