Okay…I’m back. Did you miss me? I am happy to report that we have a new computer power cord that so far hasn’t been eaten by Wrigley. We’ll see how long this one lasts. Anyway, as you know, last Monday was our one year wedding anniversary. To celebrate we went on a hot air balloon ride! We were supposed to go on one during our honeymoon, but it was canceled because of bad weather. So the husband had the great idea to try again for our anniversary. We were worried because it rained all weekend…but amazingly on Monday it was perfect weather for a balloon ride. 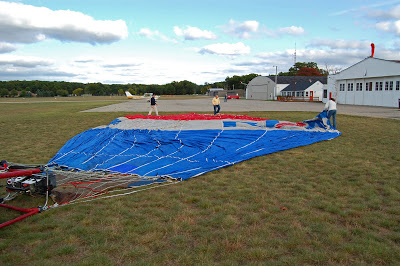 Getting ready to blow up the balloon. The pilot that took us up works for remax on the side, so he used their balloon for this trip. 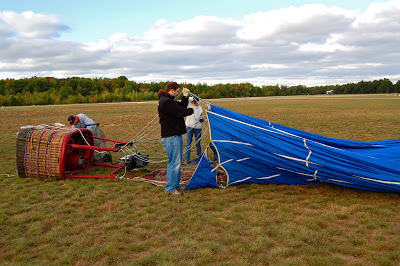 The team recruited the husband to help set up. 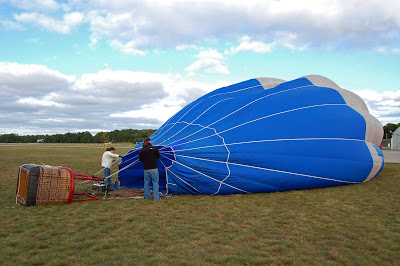 The inflation only took a few minutes. They start with just a large fan. 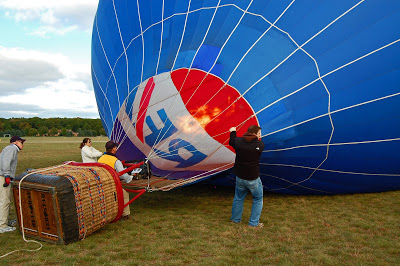 Then they switch to the heat. I was a little nervous for the husband….I was scared he was going to catch on fire! (But he was fine.) 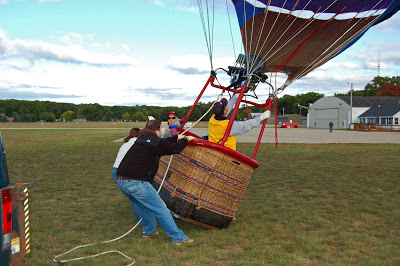 This was the scary part. The team has to hold the balloon down while the pilot completes the inflation. I was nervous he was going to fly away! This photo was snapped right before they gave me the signal to climb in. 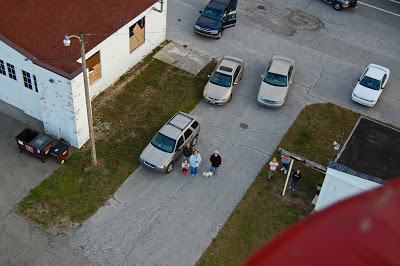 And in a matter of a few seconds we were up in the air! It was a really smooth take off. These people came to see us off. They just pulled over when they saw the balloon and got out to watch! 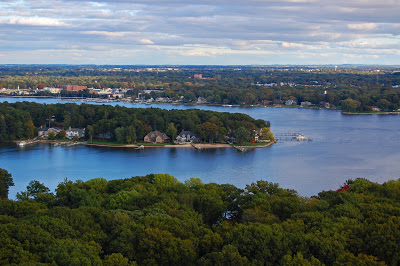 We flew over Lake Macatawa in Holland and got to see all the pretty lake-font houses. 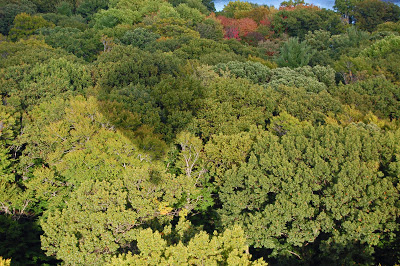 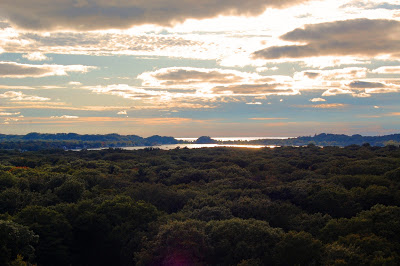 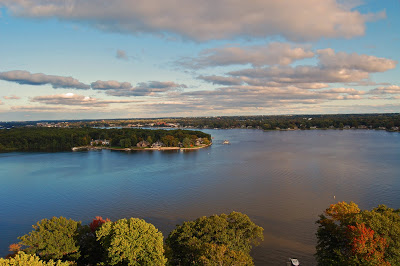 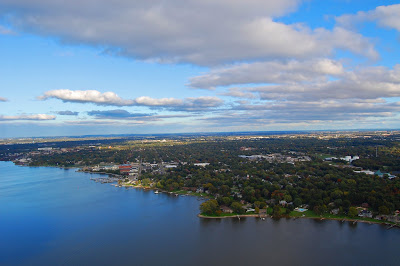 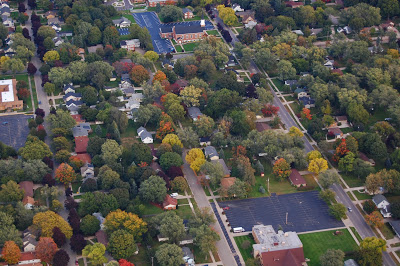 It was a really pretty day. Here you can see the leaves have started to change color. 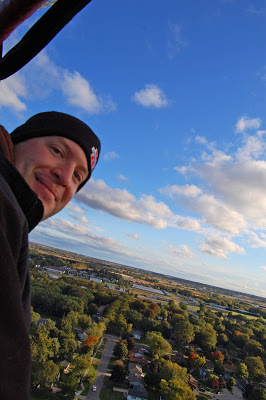 The husband enjoying the view. 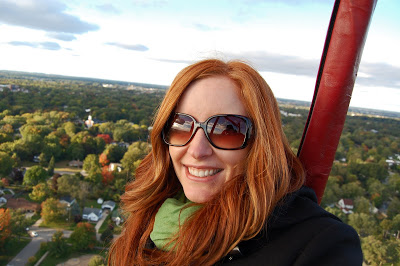 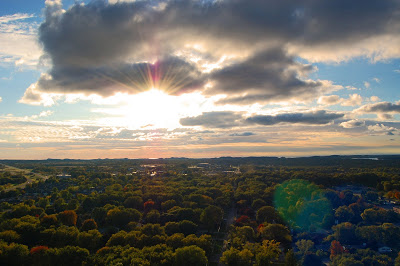 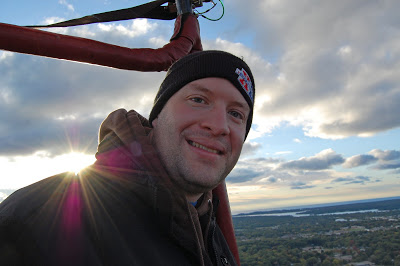 It was a little cold up there, but not too bad. It was such an awesome experience! 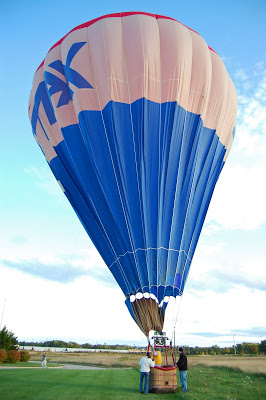 The balloon right after we landed. They had the other team members (aka, the “chaser crew”) follow us from the ground so they could be there to help with the landing. The pilot never knows exactly where he will land, it all depends on the wind speed and direction. We learned you have to be really in to the weather and navigation to be a hot air balloon pilot! 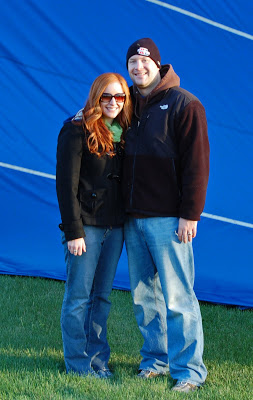 The landing was a little bit bumpy. We landed in a field out in front of a Marriott hotel. The chaser crew helped bounce us to a good spot and then held down the balloon down so we could get out. 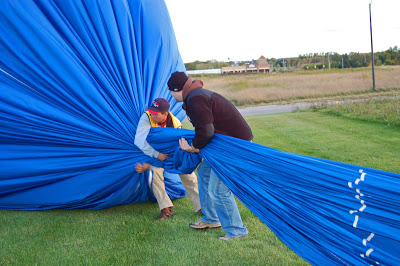 The husband helping deflate the balloon with the pilot. 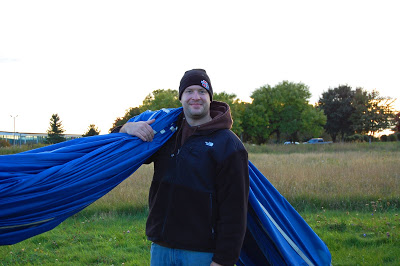 It came down in just a few minutes. Behind him is the field where we landed. 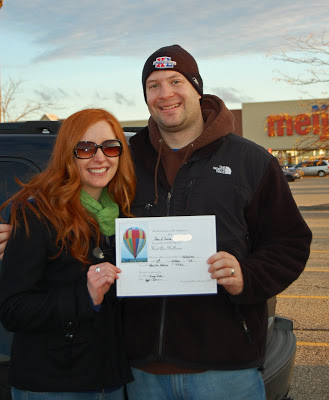 We did it! And we got a certificate too! Such a great way to celebrate our anniversary.