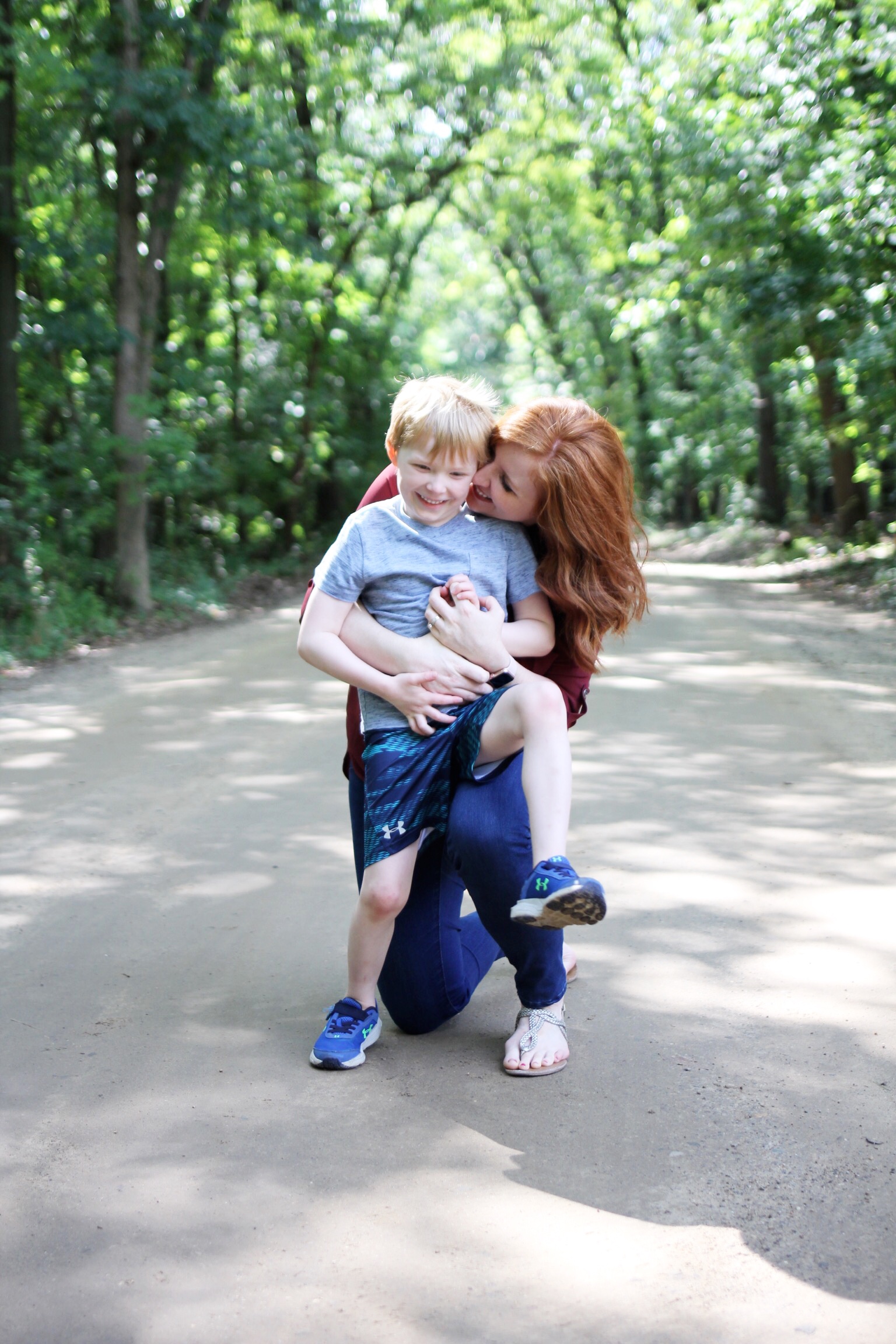 If you’ve been following along for a while now, you may know about our decision to wait on Kindergarten for Hudson. Gosh, that two years ago now. My how time has flown! But now that we are on the other side of kindergarten and getting ready for first grade, I feel fully equipped to share our experience of waiting on kinder with you. 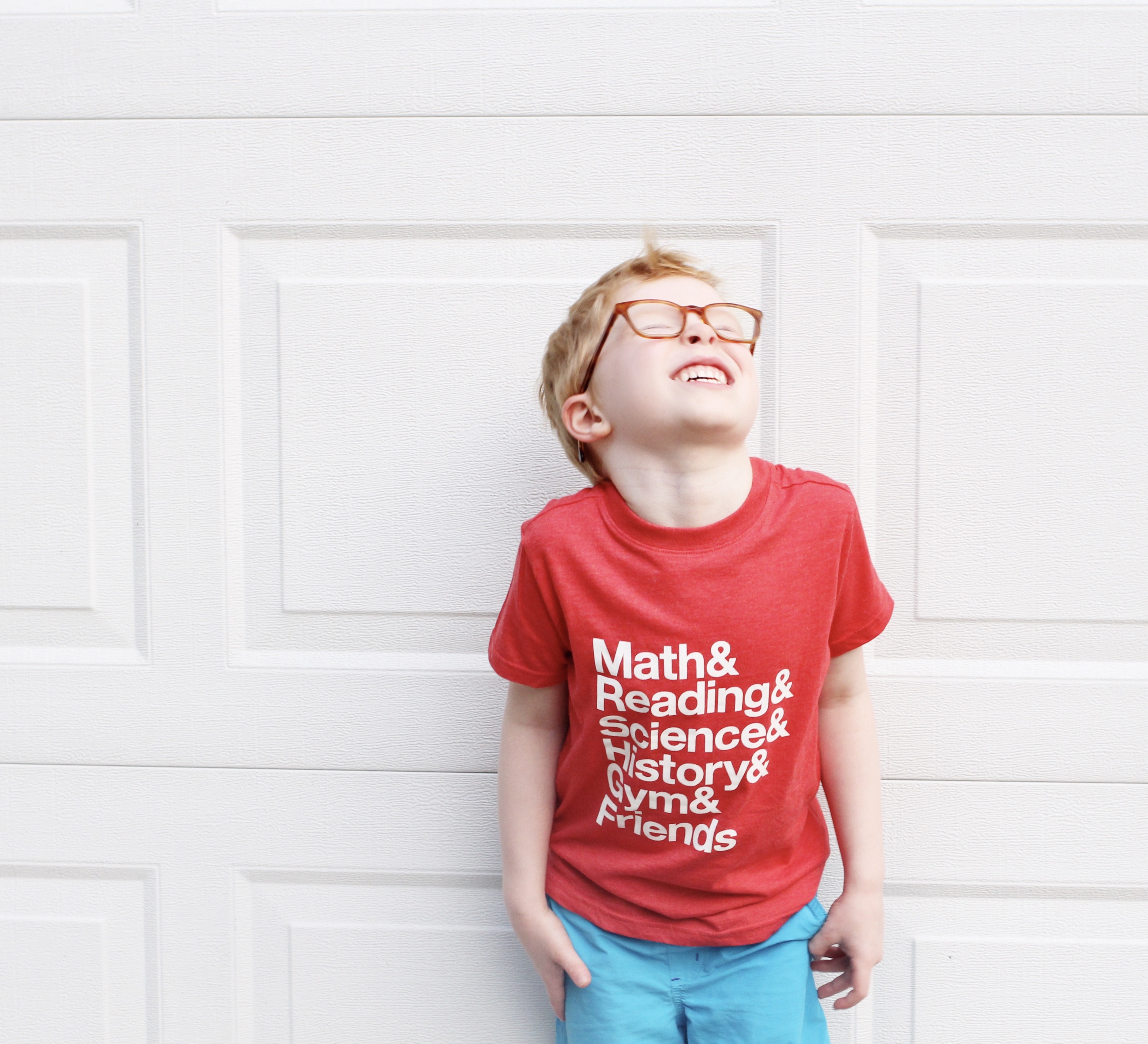 First, I want to be honest and let you know that the decision to wait was mostly made for us thanks to our school district cut off and Hudson’s birthday. Our district requires all students to have turned five by September 1st, and Hudson’s birthday is September 5th. Since he only missed the cut off by four days, we had the option to complete a waiver and send him to kindergarten early. In fact, his pre-school teacher even told us he was ready and could go if we wanted him to. And we were tempted. So many of his friends were moving on to kindergarten and it was hard to think about him being “held back” a year over four measly days. But in the end we went with our gut, and kept him home an extra year. So I’m writing this today for any moms out there grappling with the decision of sending your child to school or holding them back, even though our decision might not have been as difficult. We still went through all the emotions before arriving at a decision. I wanted to make the best choice for our son regardless of his birth date.

Also, let me say this, because I think you all need to hear it: You know your child best. You know deep down inside if they are ready for kindergarten or not. Part of my reasoning for sharing this with you is that I want you to know what it was like to wait. And to know it’s okay to wait. I’m also writing this to my future self, because next year we will be in the same boat with Sadie, only this time it will be a summer birthday. I want to fight back against the traditional “boys get held back and girls don’t” unwritten rule and truly decide what is best for my child. And I hope you do to.

When we first told Hudson that he wouldn’t be going to kindergarten he was a little upset. He knew so many of his friends were going and I think he thought that he would never get to go and that he would have to spend a year at home without any type of school. But as soon as we told him he would be attending a young fives program, his face lit up! To him, the “young fivers” as he called them were the “big kids” and he was thrilled to get to be one of them.

So what was that “young five” year at home like? It was AMAZING. He grew and changed so much. It was during this time that Hudson actually started to LOVE school. He loved his young fives teacher and his small class. He loved learning more and more about letters and numbers and having “free play” and “quiet time”. He loved singing silly songs and getting to be that big kid on campus. In this young fives program they followed many of the traditional kindergarten classroom rules and set-up in order to prepare kids for the next year. He loved the structure and I really appreciated the extra year to ease in to kindergarten in a fun and relaxed way. I feel like this year fully prepared him to be in school full-time and learn some of the more social and emotional aspects of being a student.

One worry I had with waiting on kindergarten was that Hudson would be bored at home with me. His young fives program ran Monday to Thursday mornings, which meant he was home with me every afternoon and all day on Friday. My worries quickly went away because being with him those days was so great. I loved having him home in the afternoon and loved spending some quiet time with him while his little sisters napped. Seeing how “little” he truly was made me realize that keeping him home was the best decision for us. 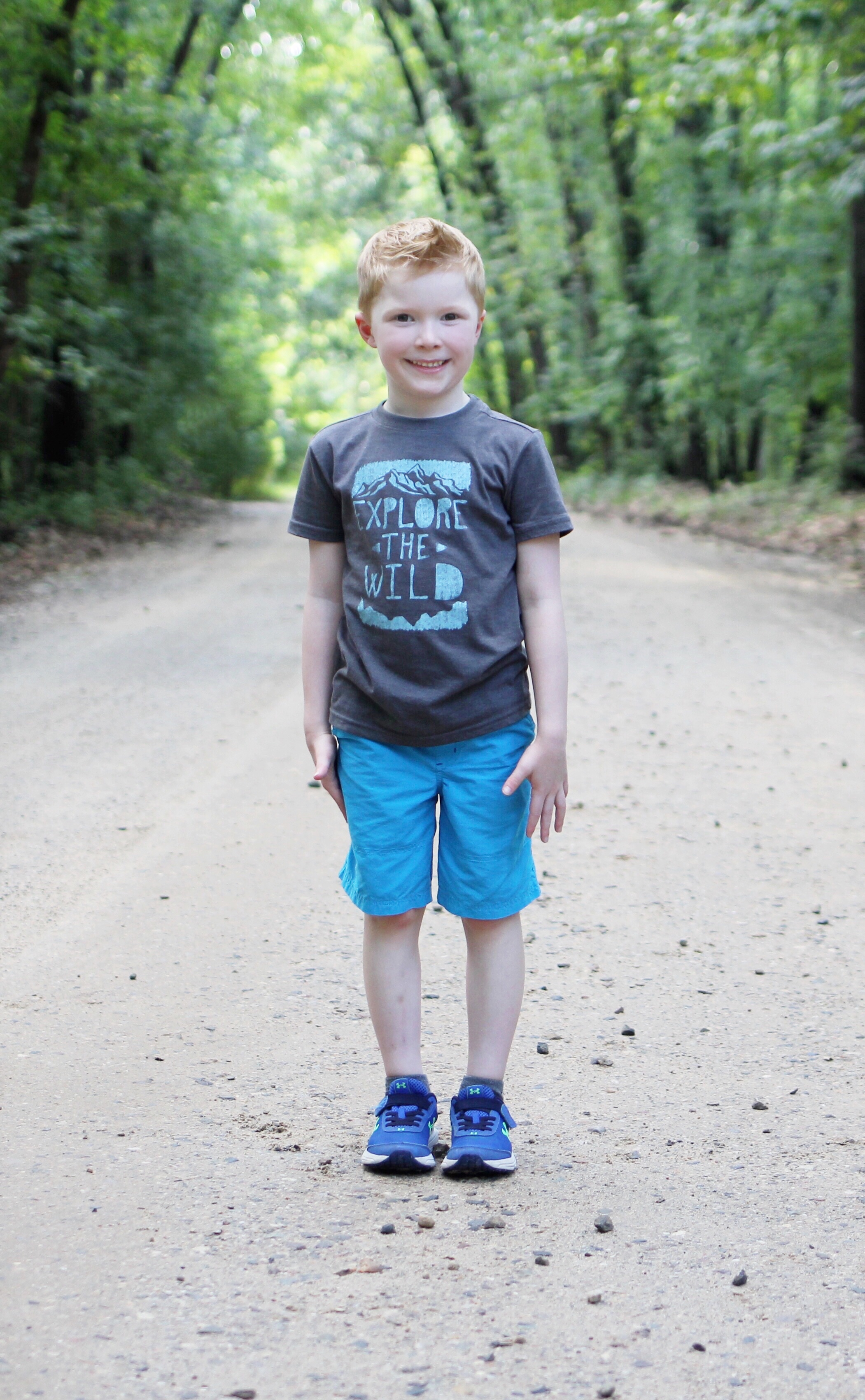 Another worry I had was that Hudson would feel older and would be taller/bigger than his peers once he did start kindergarten. And that just simply wasn’t the case. His class was filled with March-August birthdays, meaning he wasn’t the absolute oldest by any means. And there were several kids who turned six at the end of the year too. It was a true mix of ages, which I think helped Hudson feel at ease. He wasn’t the biggest or littlest in the class. He was smack in the middle, which is exactly where I wanted him to be. I realized that just as many parents decide to wait on kindergarten as do those who decide to send their child.

Again. You know your child best. Repeat this to yourself. Only you can make this decision for them and you know what type of environment he or she thrives in and their social abilities. You know if they are ready cognitively AND emotionally for full-time school. When it came right down to it, I knew Hudson wasn’t ready socially for kindergarten. Even though he knew all this letters and numbers and how to behave in a classroom setting, he wasn’t ready to have the types of social relationships that kindergarten would bring. He wasn’t ready to sit for long periods of time in a classroom (although kindergarten teachers are WONDERFUL at getting kids moving throughout the day). He also wasn’t ready to board and ride a bus to school, be responsible for his backpack and lunch box, and so many other little things that you often forget come with being a kid in school.

Waiting was the best decision we could have made for him and for us. If you find yourself in this situation full of questions and worry, please know that you have to trust yourself, and trust your child. I don’t think you’ll ever regret having your child home for an extra year, but only you can make that decision. You know your child best.