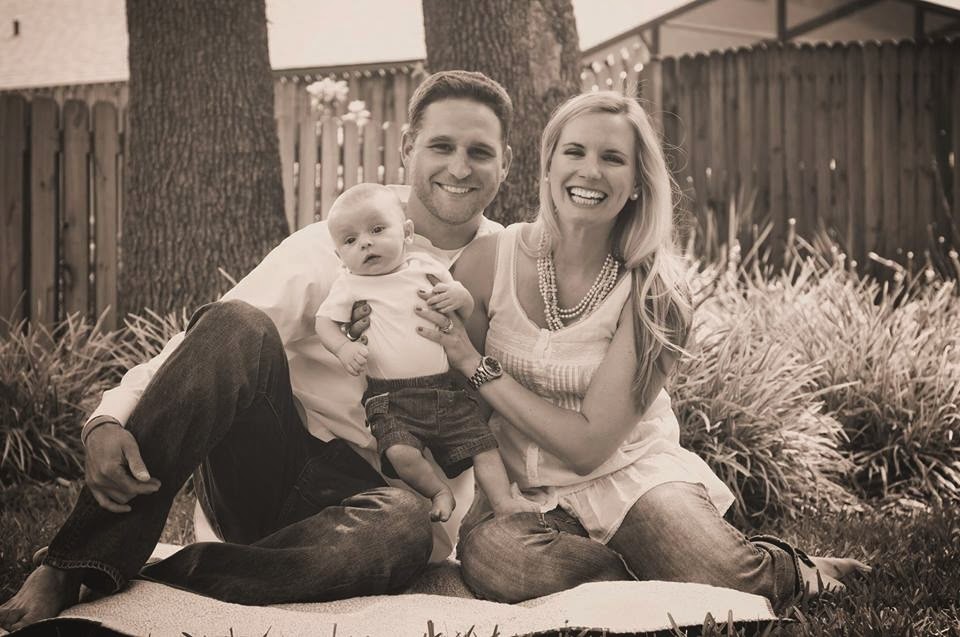 Hi, my name is Morgan and I blog over at Pampers & Pearls. I come from a breast family. No, not
large chested women, but women who all exclusively breastfed. My mother
breastfed my brother and I through the first year, my sister in law
breastfed all my nieces and nephew through the first year, and even my
mother-in-law breastfed my husband and his siblings until they were
drinking out of a cup. Bottles just weren’t a thing in my family, and I
assumed that I would breastfeed exclusively as well. Well you know what
they say about assuming! 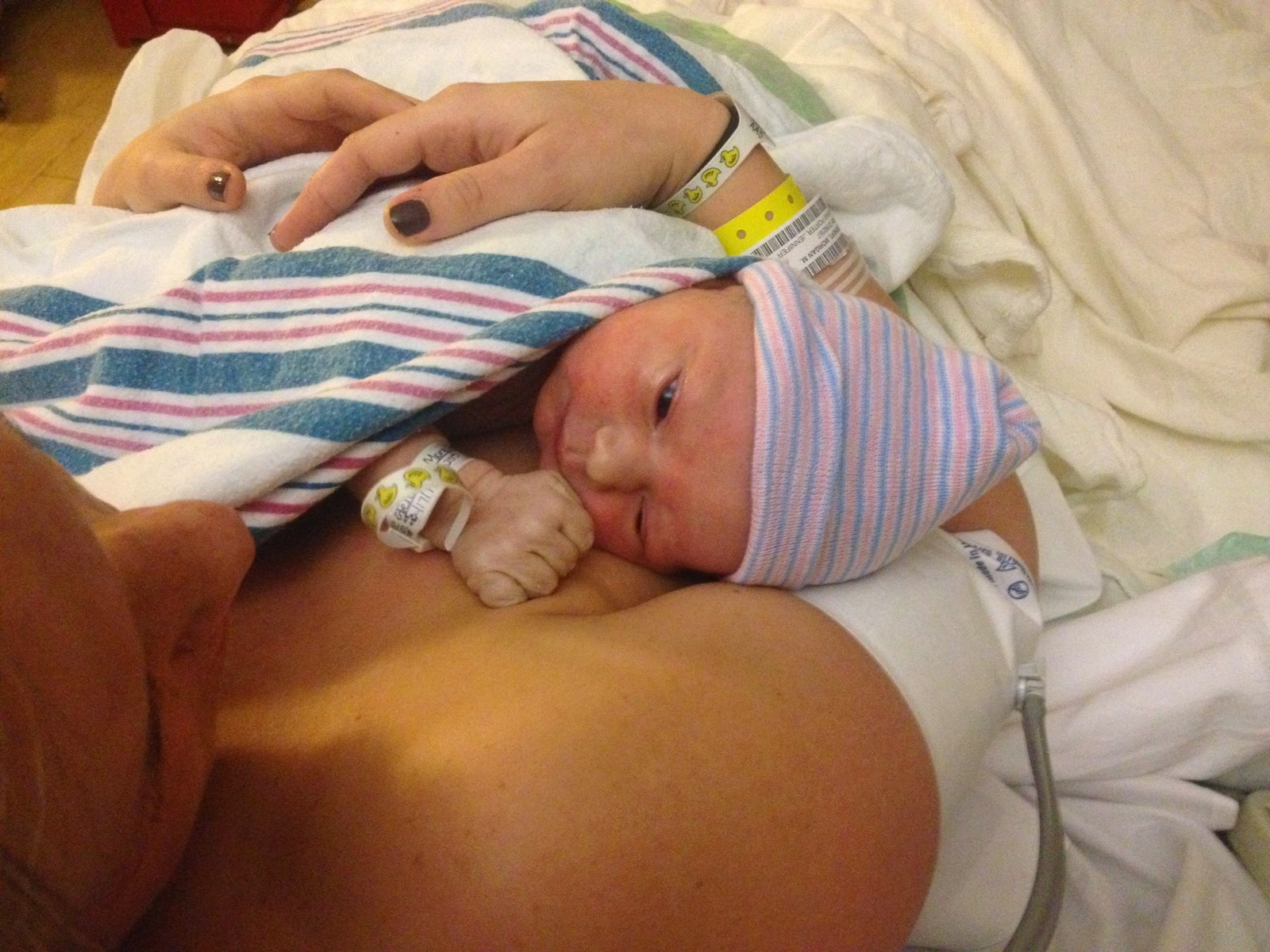 I
gave birth to my son Wakeland on February 17, 2013. My labor was long,
and just straight up sucked! Wake was occiput posterior, meaning the
back of his skull was laying on the the back of my pelvis. He was head
down…just not right side down. So every time I had a contraction his
skull would push on my sacrum and send a shooting pain up my spine. It
was terrible. Needless to say I got my epidural when I was 3cm. Other
than that his birth was fine and he was perfectly healthy; 7lbs, 7oz,
21.5 inches long. Yes…very long. Now I know why I couldn’t sit towards
the end of my pregnancy, his legs were legitimately up under my ribs.
He was our little string-bean but latched on to the breast like a
champ!! 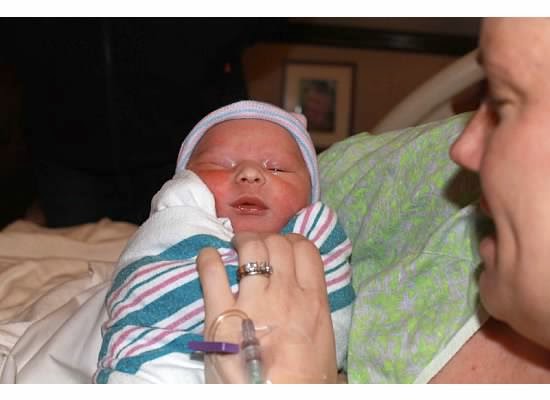 We
packed him up after only 24 hours at the hospital and headed home. We
were first time parents so everything was new to us. We just went with
the flow whenever he seemed to need something. He ate for 45 minutes at a
time, every 2-3 hours; this was “normal” for us. Looking back on it I
now know why I was so exhausted; that schedule is ridiculous! For
example, Wake would eat from 10 – 10:45pm, go to bed, and then be back
up between midnight – 1am to eat again. This was giving both of us only 2
hour periods of sleep at a time. Then one day when he was about 2 weeks
old, I sat on the couch and fed him for 2 hours straight. He took a 45
min nap and woke up hungry again! Everything was now going in reverse in
an even worse direction! I was losing it! I called my pediatrician,
mother in law, sister in law, etc… asking for help. They all gave me
different advice; he’s just using me as a pacifier, my milk isn’t
fatty/filling enough, I’m not making enough, and so on and so forth. So
the first step was to try and increase/ fatten up my milk. I ate
everything that I read/heard could do this; spoonfuls of coconut oil
(BARF), peanut/almond butter, avocado, cheese, etc… I drank tons of
water and an occasional dark beer. I tried it all…and nothing was
making a difference. 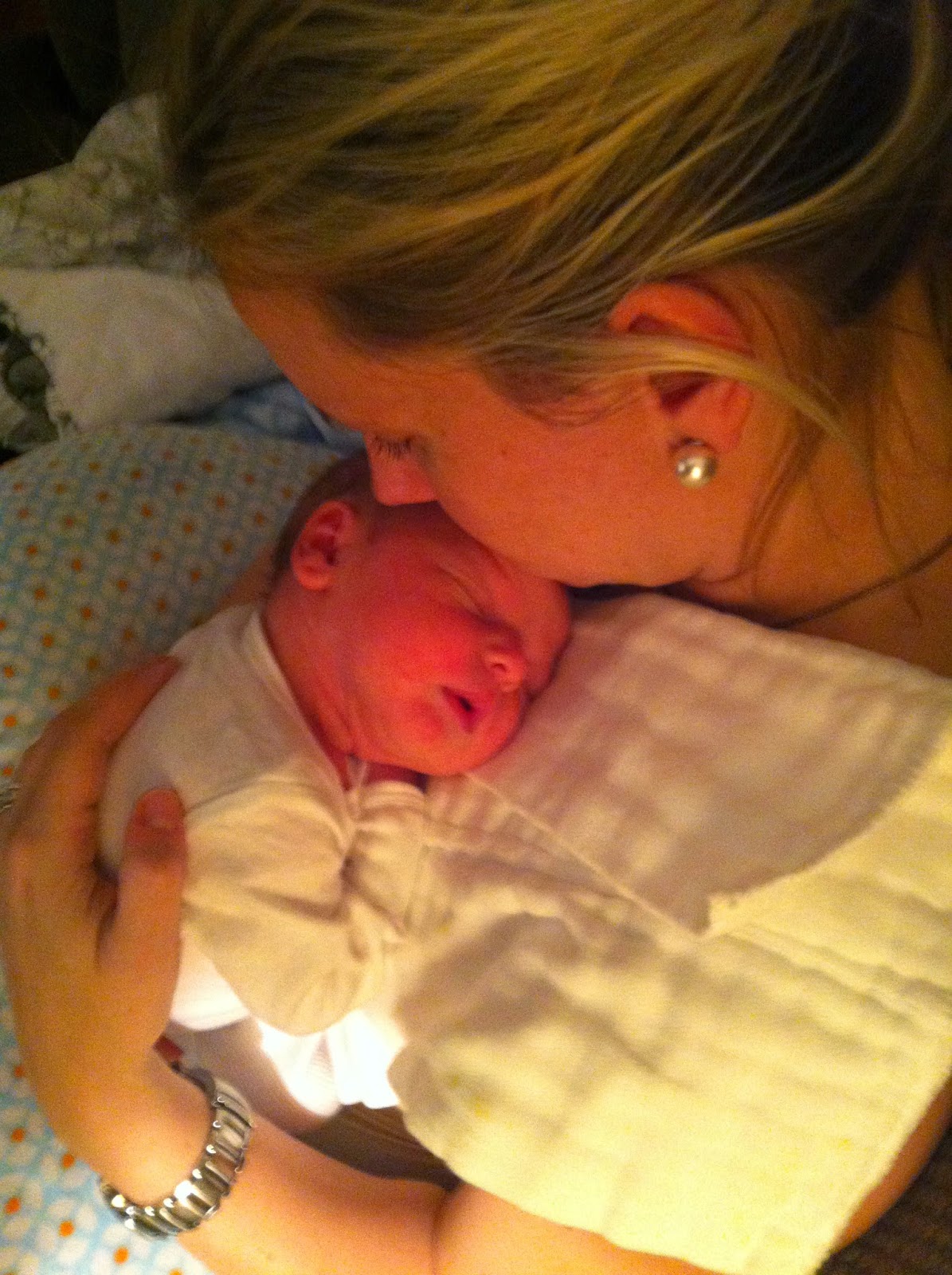 Finally
at Wake’s 2 month appointment I told my pediatrician that something had
to give. I was defeated and desperate. I don’t even want to tell you
what my nipples felt/looked like. Wake was completely perfect and
healthy so the pediatrician simply “diagnosed” him as a very hungry baby
and said I would need to start supplementing with formula. It was
suggested that I feed him on each breast for 15 mins at a time (total of
30) every 3 hours, and if he still seemed hungry, offer him 1-2 oz. of
formula. Well, Wake was ALWAYS still hungry and he always took the extra
formula.
Now
I’m not an OCD person. The only thing on my birth plan was NO MIRRORS, I
did not need to see my va-jay-jay in that state, gracias! Otherwise I
went into my pregnancy and labor with zero pre-conceived notions or
expectations. I was 100% confidant that between the doctors, my husband,
and myself that we would all work together to make the right decisions
for my baby as things progressed. However, the one thing I had planned
on, not thinking it would be an issue, was breastfeeding. And here I was
unable to keep up with my baby’s demands. I was sad. I felt like I had
fail6y`1ed him as a mommy. However, as much as I vacillated about giving
him formula (I hated the thought of pumping him with unnatural,
manufactured stuff) he was finally full and satisfied. He was eating
larger quantities of food over a shorter period of time which allowed
both of us a little bit more sleep and peace.
As
time went on Wake took the breast less and the bottle more. The bottle
was easier; he didn’t have to work hard at sucking and the formula
filled him up more too. By the time he was 6 months old I was completely
dried up. It was bittersweet. I was sad to not have that intimate
moment of cradling, connecting and providing for him, but now his eating
was more independent which gave everyone in the family the opportunity
to feed him. 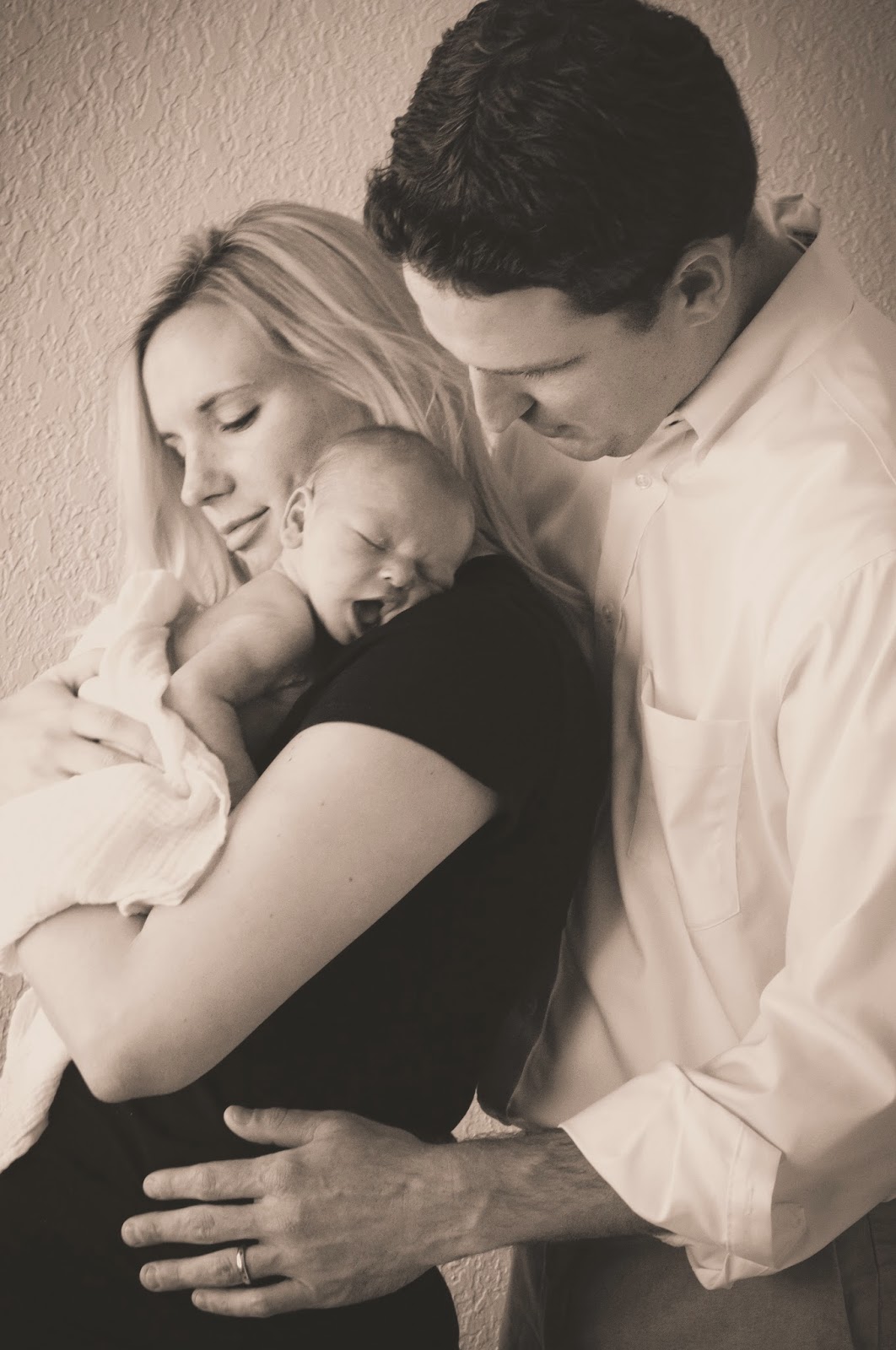 Now
I was really lucky when it came to work. I was a teacher, so with my
maternity leave and having Wake in February I didn’t have to return to
school until the very last week for finals. With this little bit of luck
in timing we didn’t have to put him in daycare, and I was able (albeit
very time consuming and painstakingly) to pump enough milk to get him
through the week while I was back at work. I was also able to pump in my
(empty and locked) classroom during my planning period and lunch break
which kept my milk flowing. Then it was summer and I was right back on
schedule with my little nugget. BUT with how much Wake was progressing
away from the boob at the time I can only assume that we would not have
even made it to the 6 month mark at all had I had to go back to work
permanently right after maternity leave.
Looking
back on it, I did not really have a difficult time. However everything
was strange and new and difficult to process when you have a specific
idea of how you want to raise your child. I had this vision of
effortlessly breastfeeding Wake like Giselle (that bitch) until he was
over a year. I’d never heard of anyone else experiencing something like
this before. But once I started talking about it, and asking questions,
so many people told me they had the exact same thing happen with their
babies. I had always only ever thought people exclusively breastfed or
formula fed, but apparently supplementing very hungry little ones is
very common. I wish I had known all of this beforehand because I think
it would have saved the whole family a lot of stress. But you live and
you learn and love your nugget no matter what. 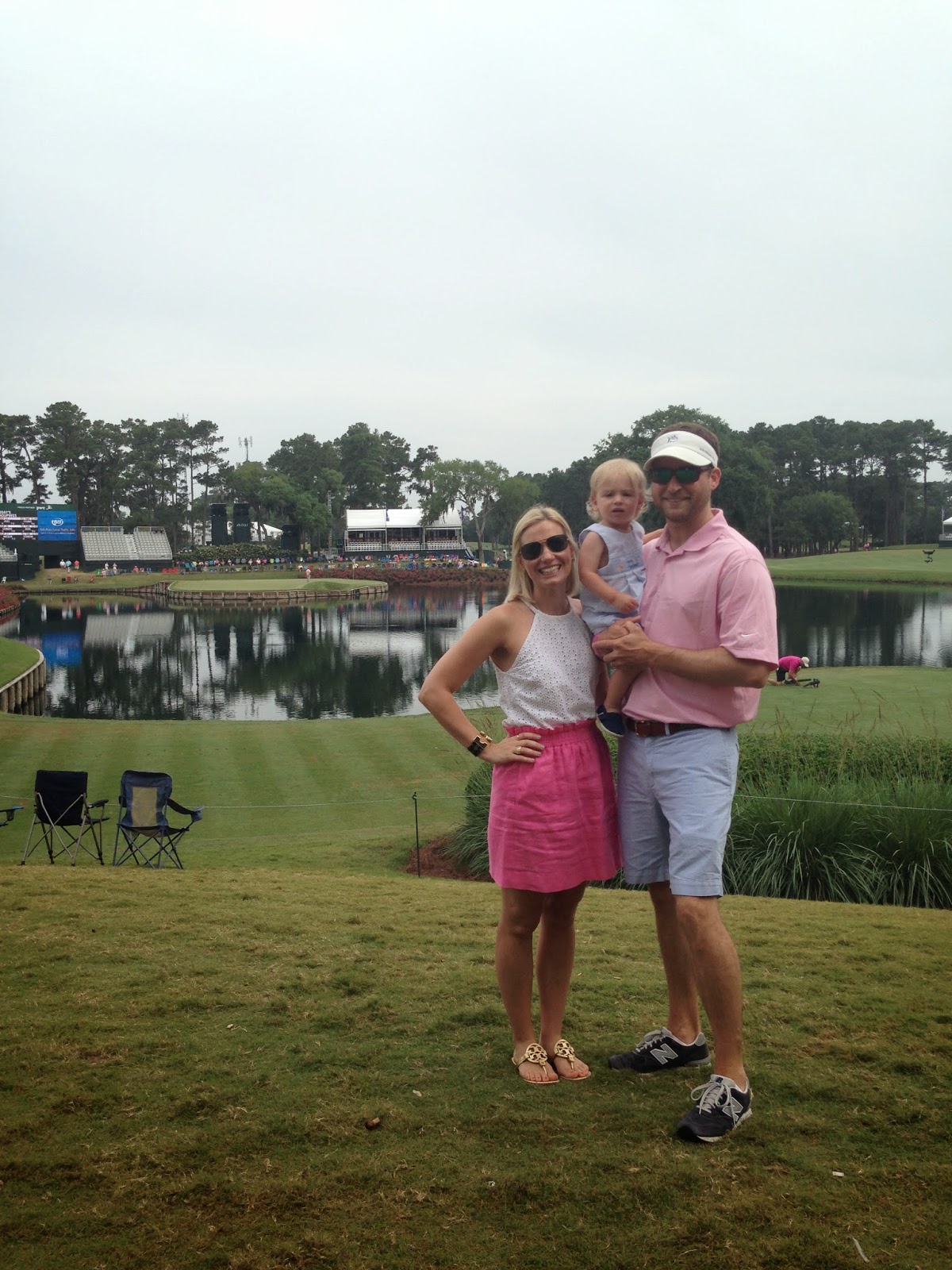 Wake
is now 18 months old and is healthy and contagiously happy. He is still
off the chart in height and eating like he’s going to the “chair.” It’s
just who he is; Stretch Armstrong with a Buddha belly and I wouldn’t
change a thing!! 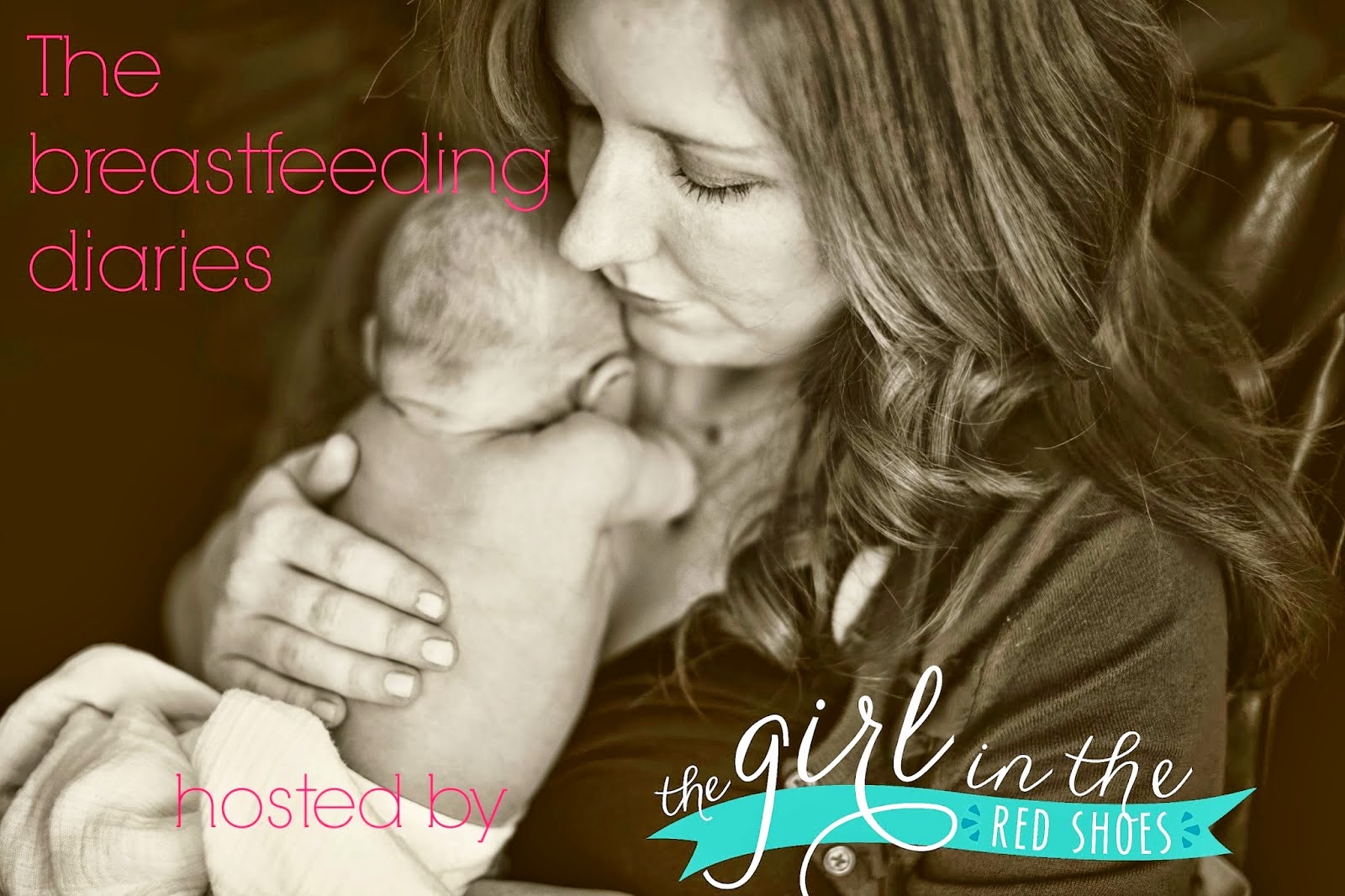