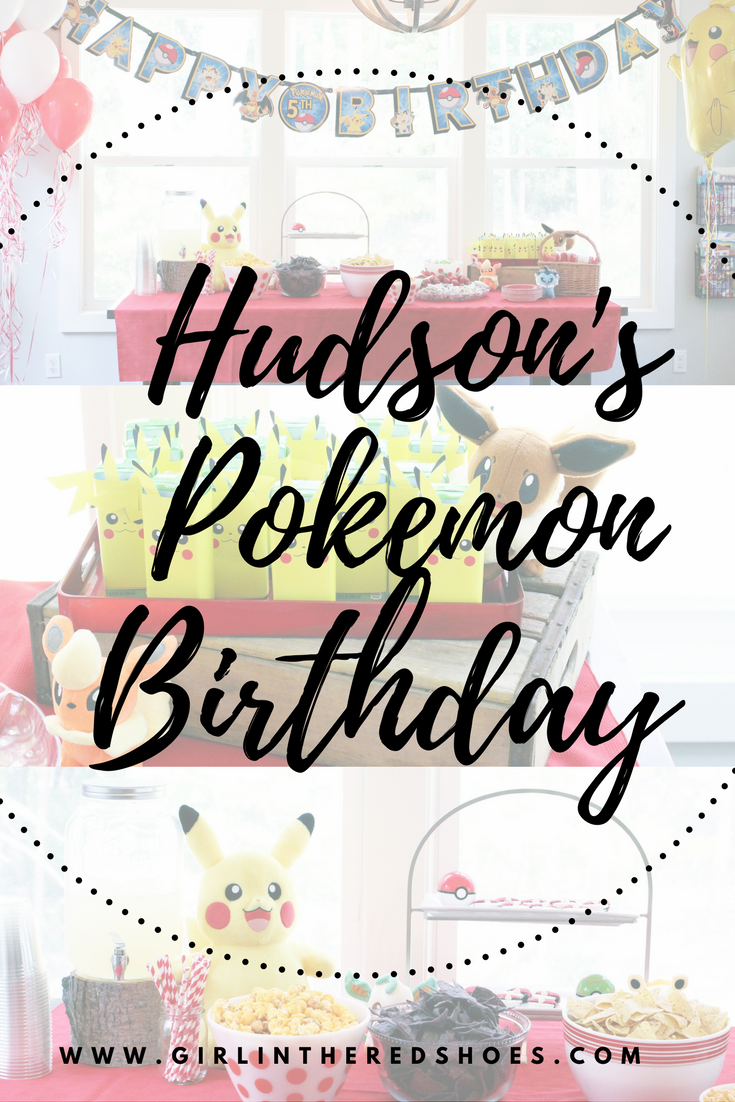 We celebrated our big FIVE year old with his favorite things: presents, friends, and Pokémon! 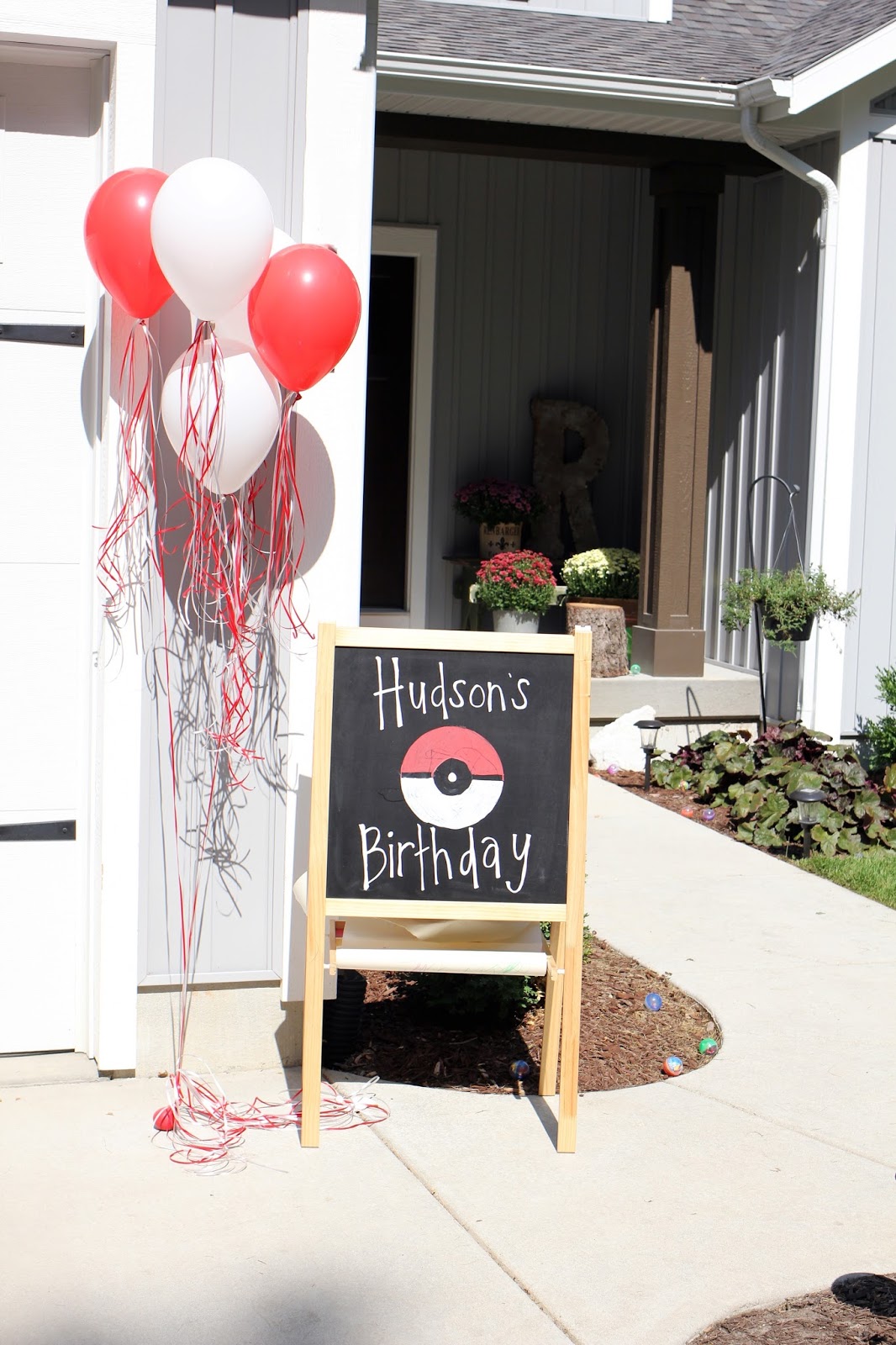 Welcome to Hudson’s party! If you look carefully at this photo you’ll notice some Poké balls hiding in the yard. More details on that below. 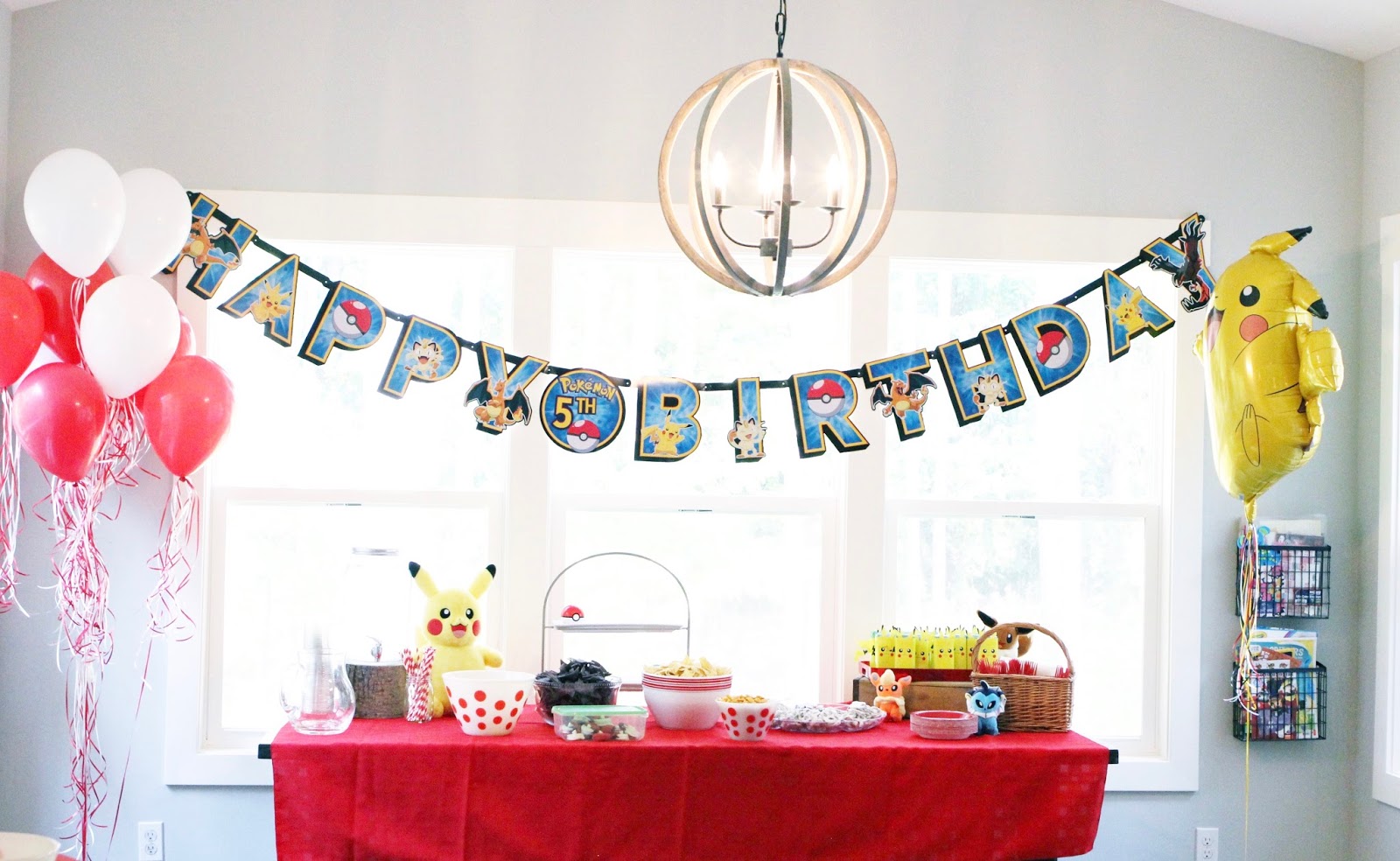 We had some yummy snacks for everyone: spinach artichoke dip, taco dip, popcorn, fruit, and white chocolate covered pretzels. 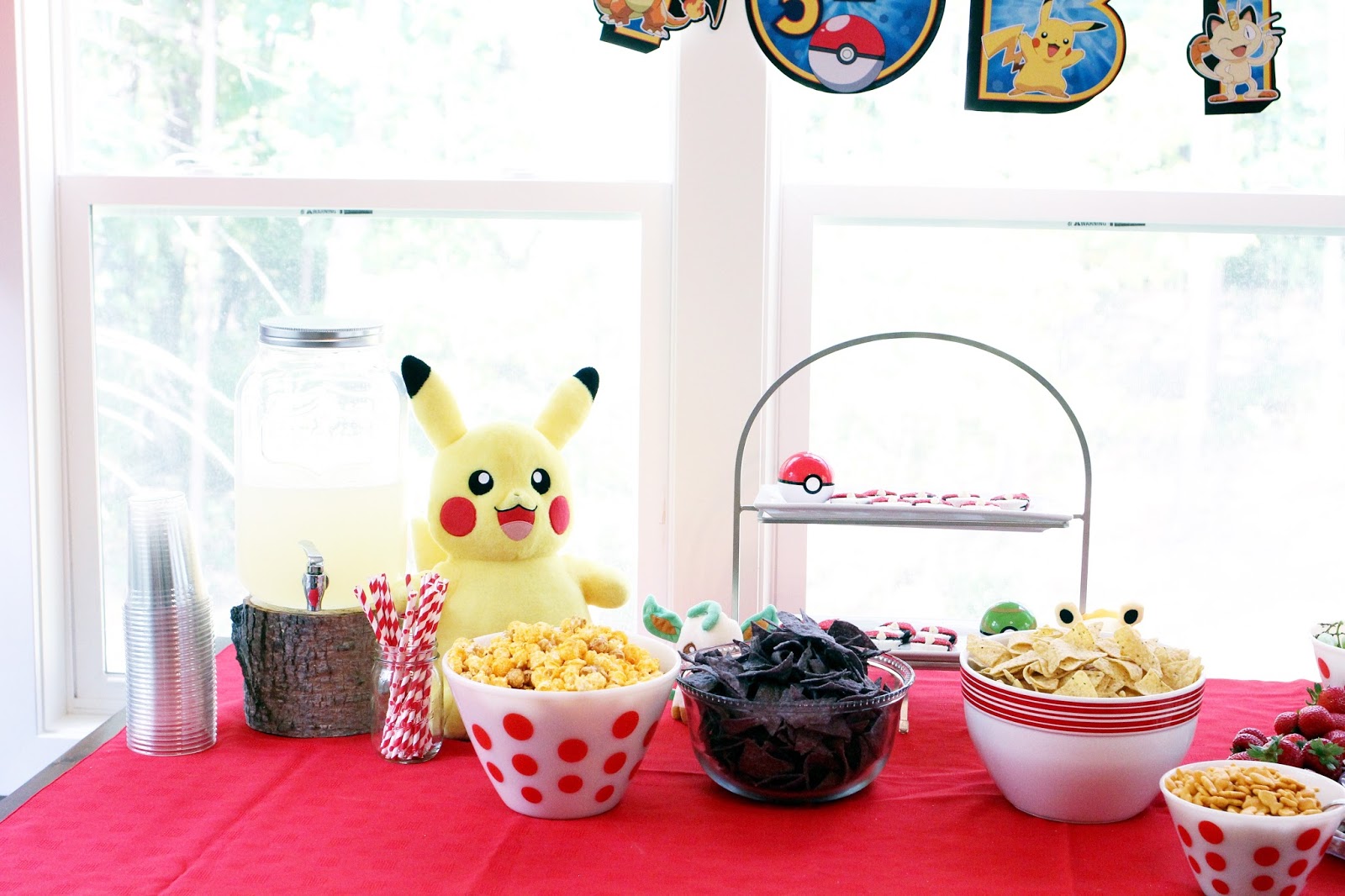 I kept things simple…and decorated with all of Hudson’s Pokémon toys. 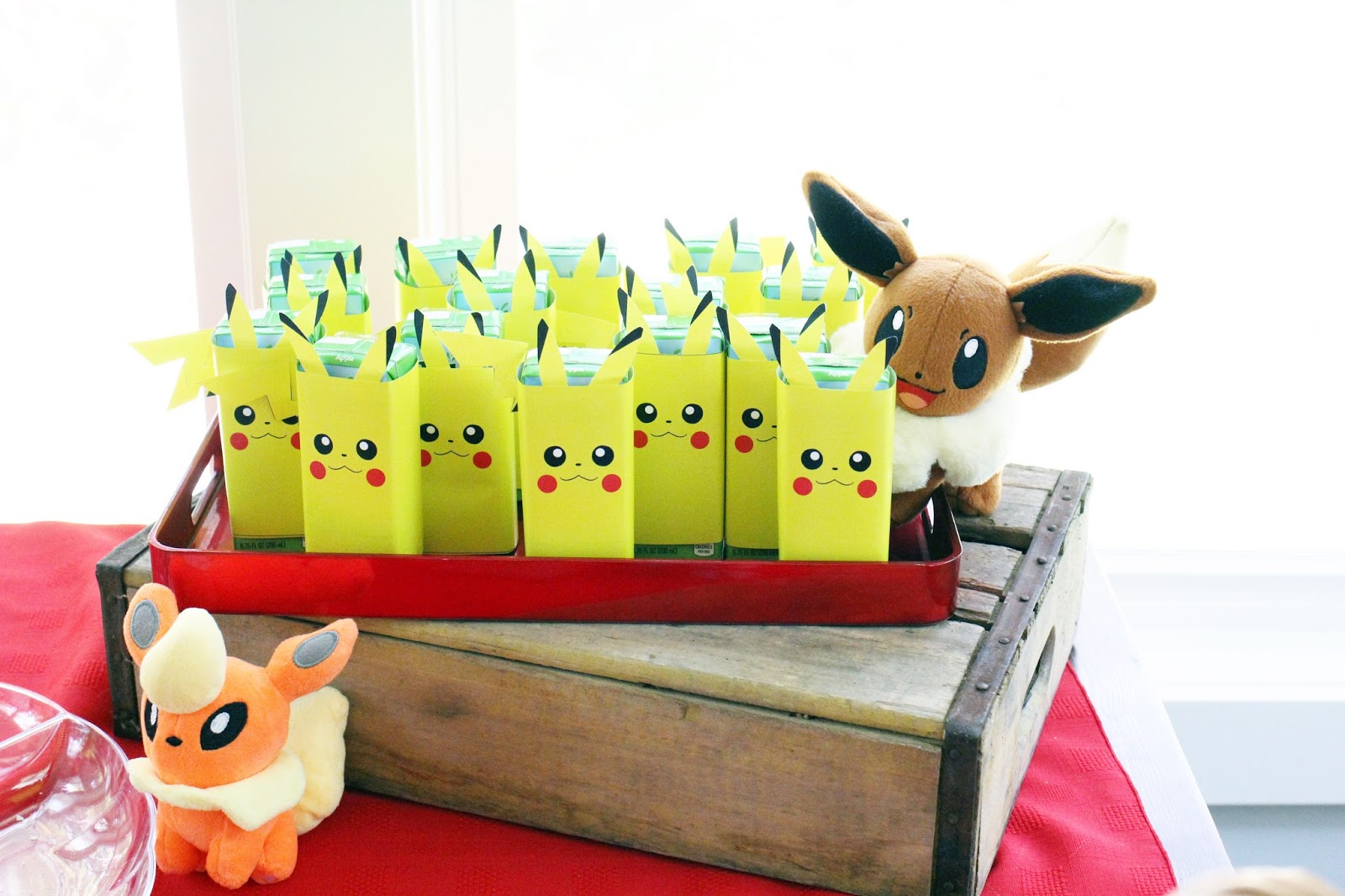 I found these Pikachu juice box covers on Pinterest and they were Hudson’s favorite little detail! 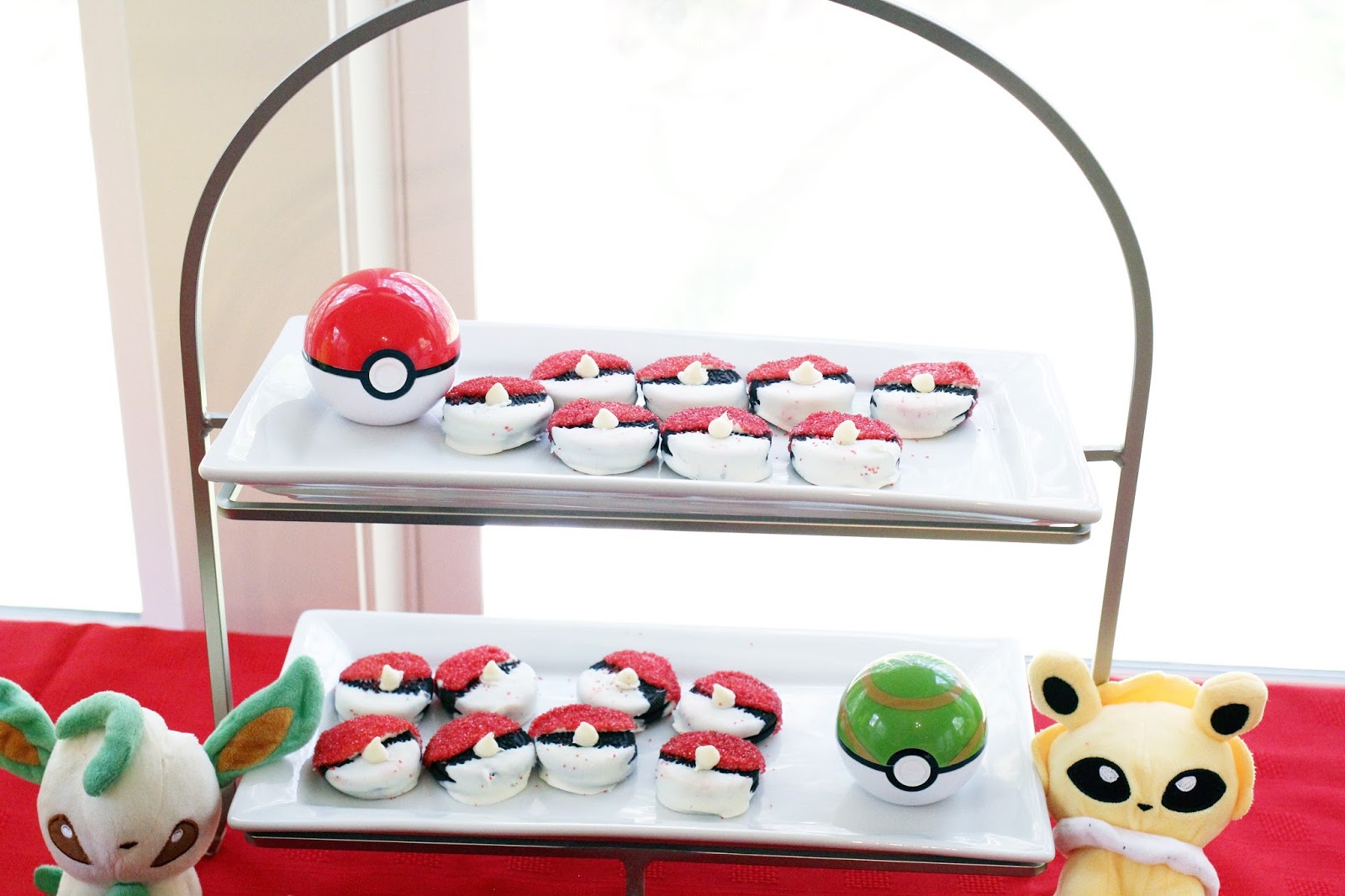 My mom made these chocolate covered Oreo Poké balls. 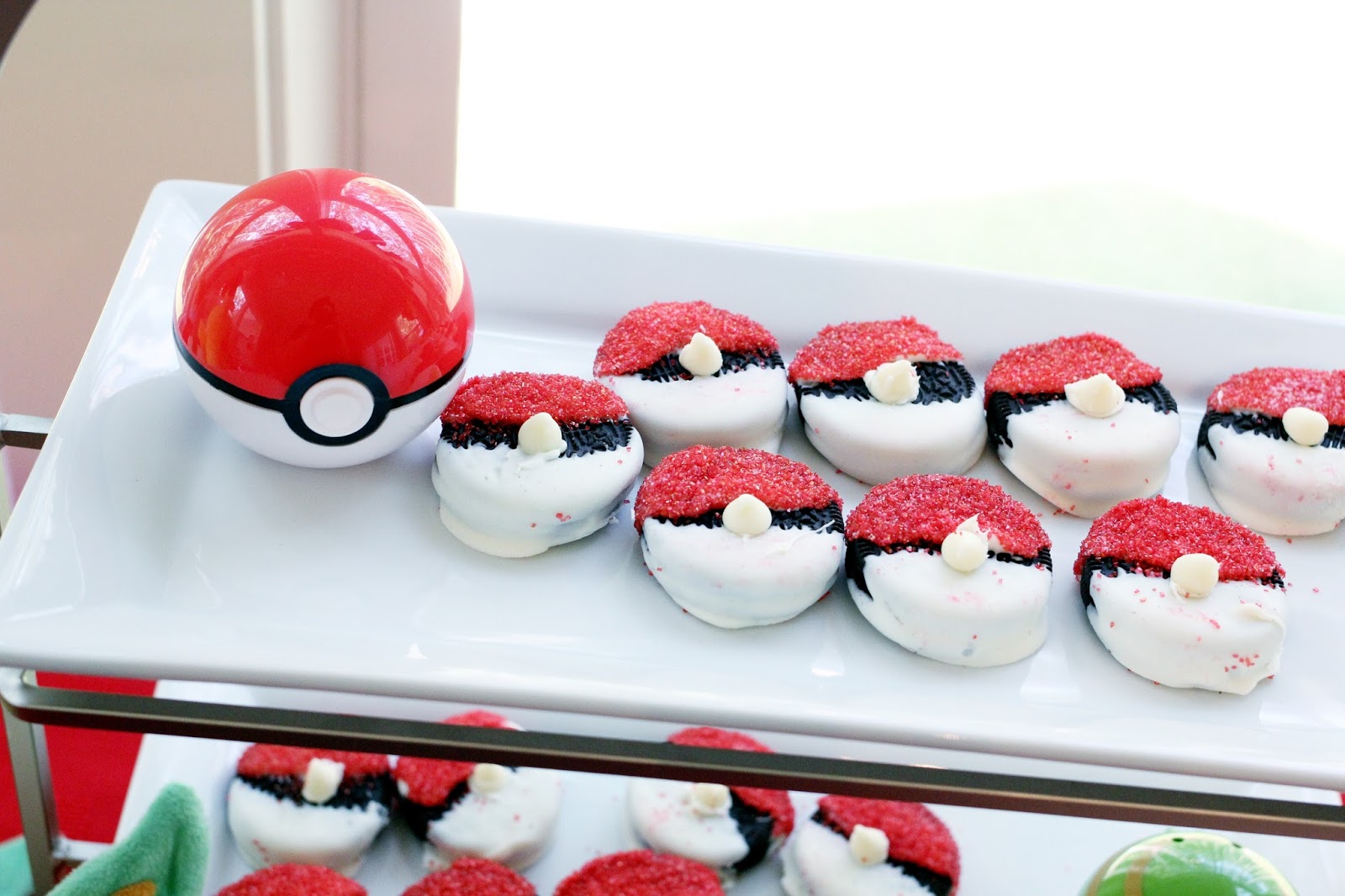 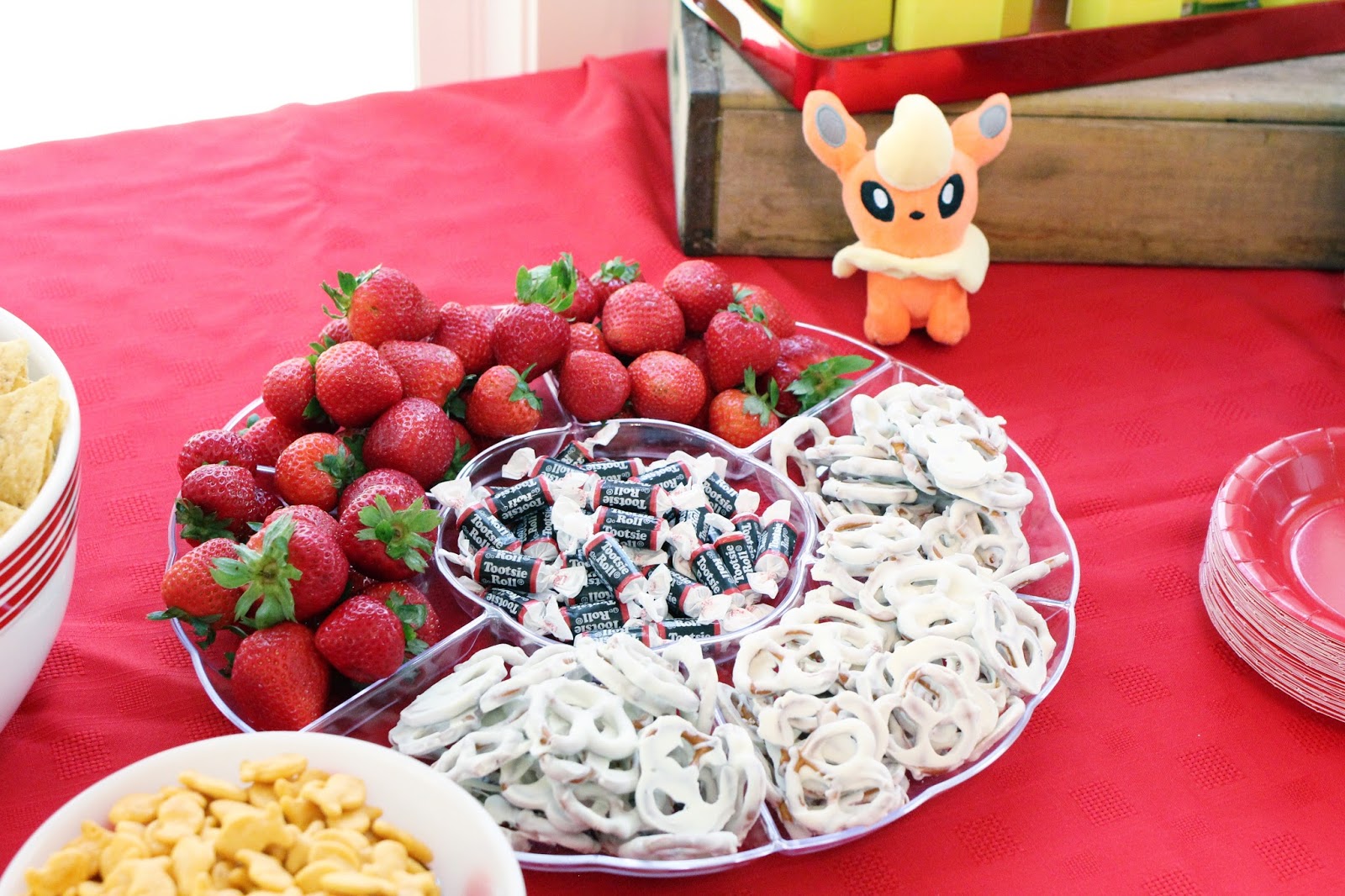 I also displayed some of the snacks like this….more Poké balls! I made sure to point this detail out to Hudson….and he loved it!

Some balloons, and that was it! 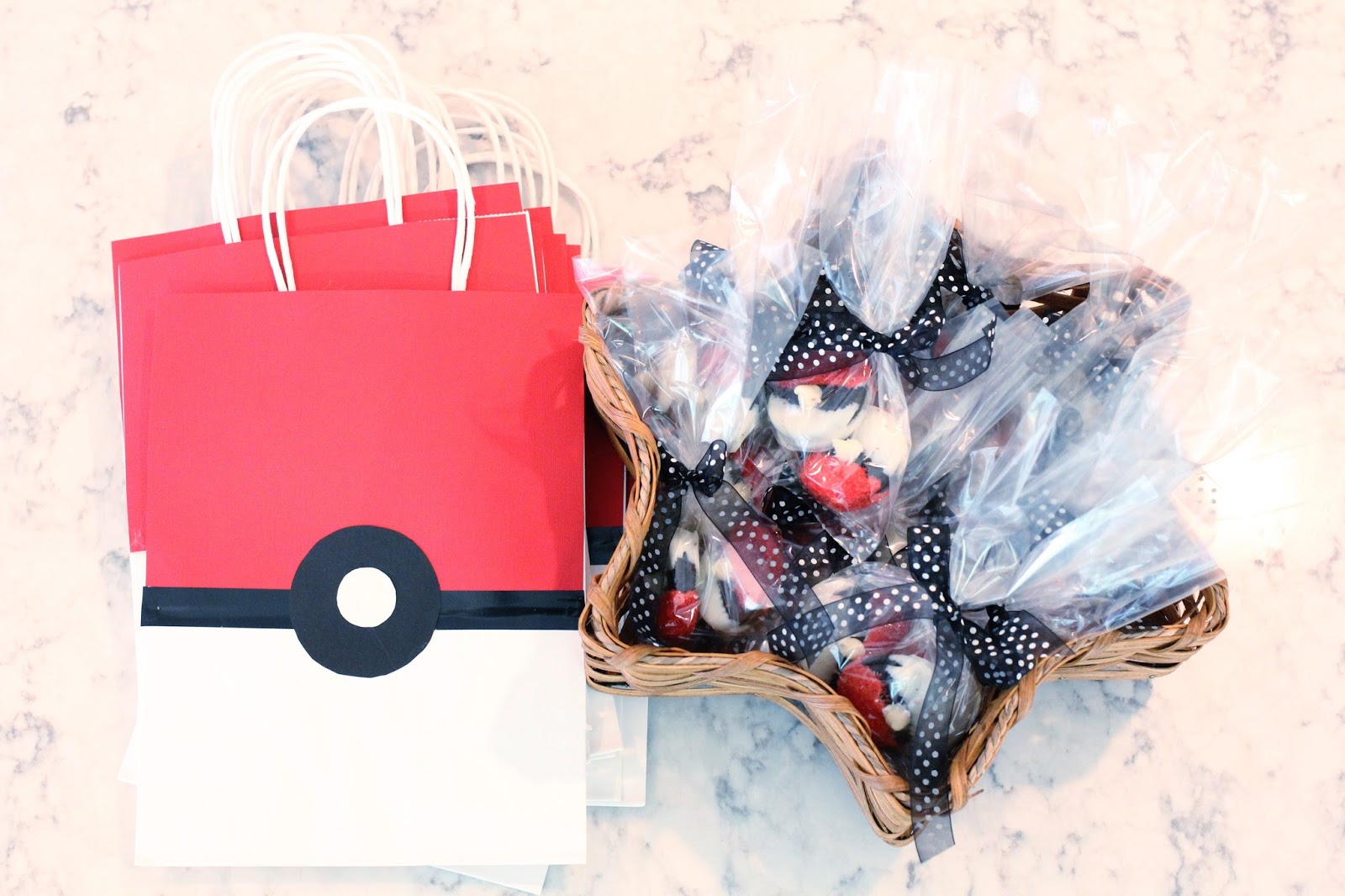 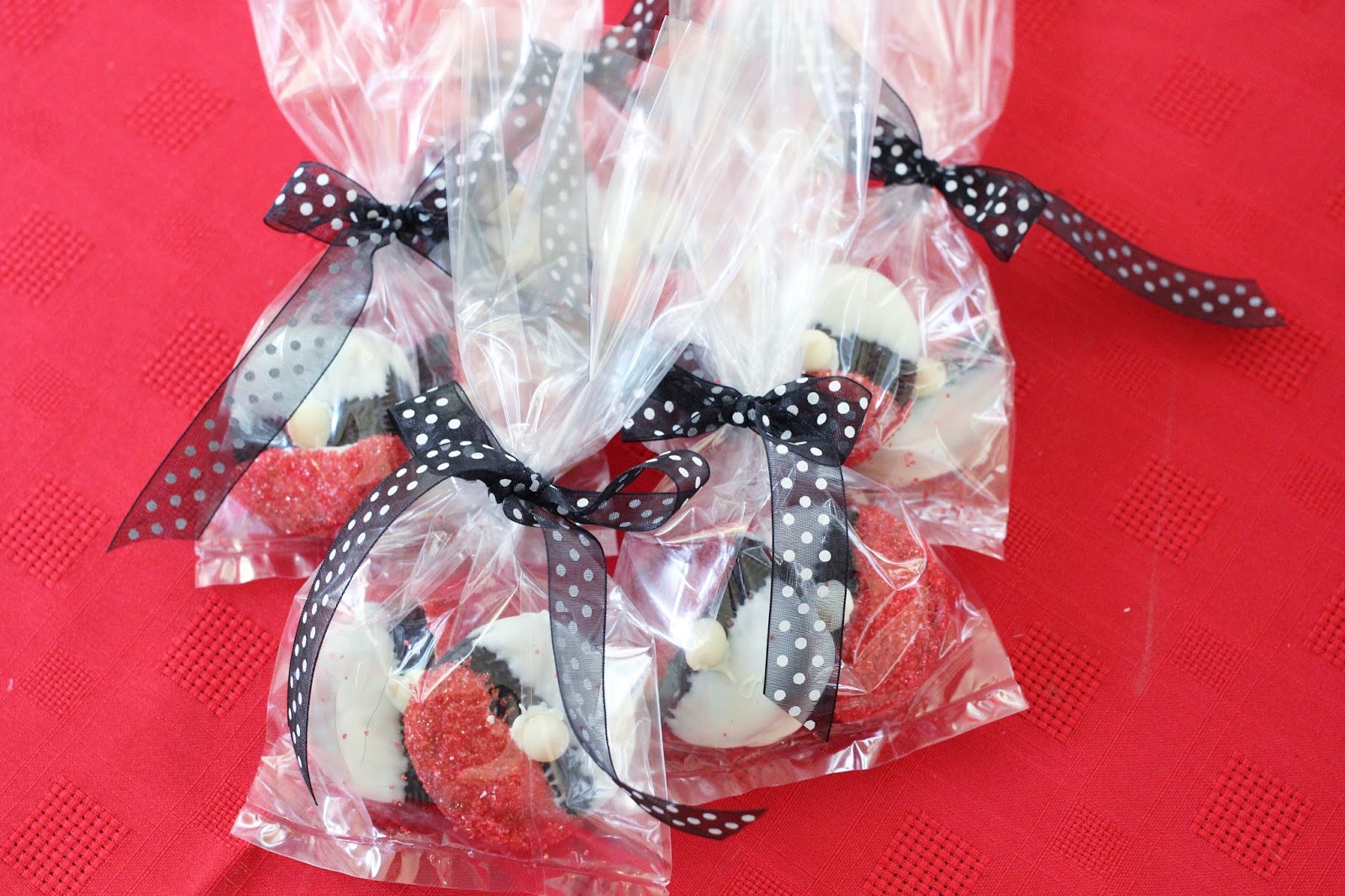 We sent all the kids home with these too. 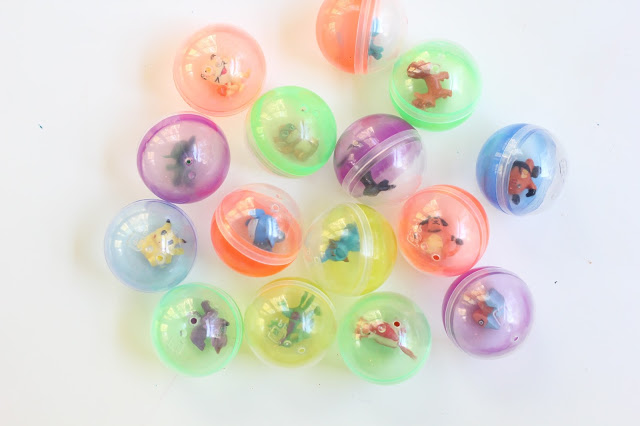 One of Hudson’s favorite things to do is an Easter egg hunt…so I got the idea to do a Poké ball hunt! I bought these toy capsules and these mini Pokémon to stuff in them. I also stuffed the balls with candy and other small toys (bouncy balls, sticky hands etc.)…I think I made about 300 of them! I wanted to make sure all of the kids were able to find a bunch of them! 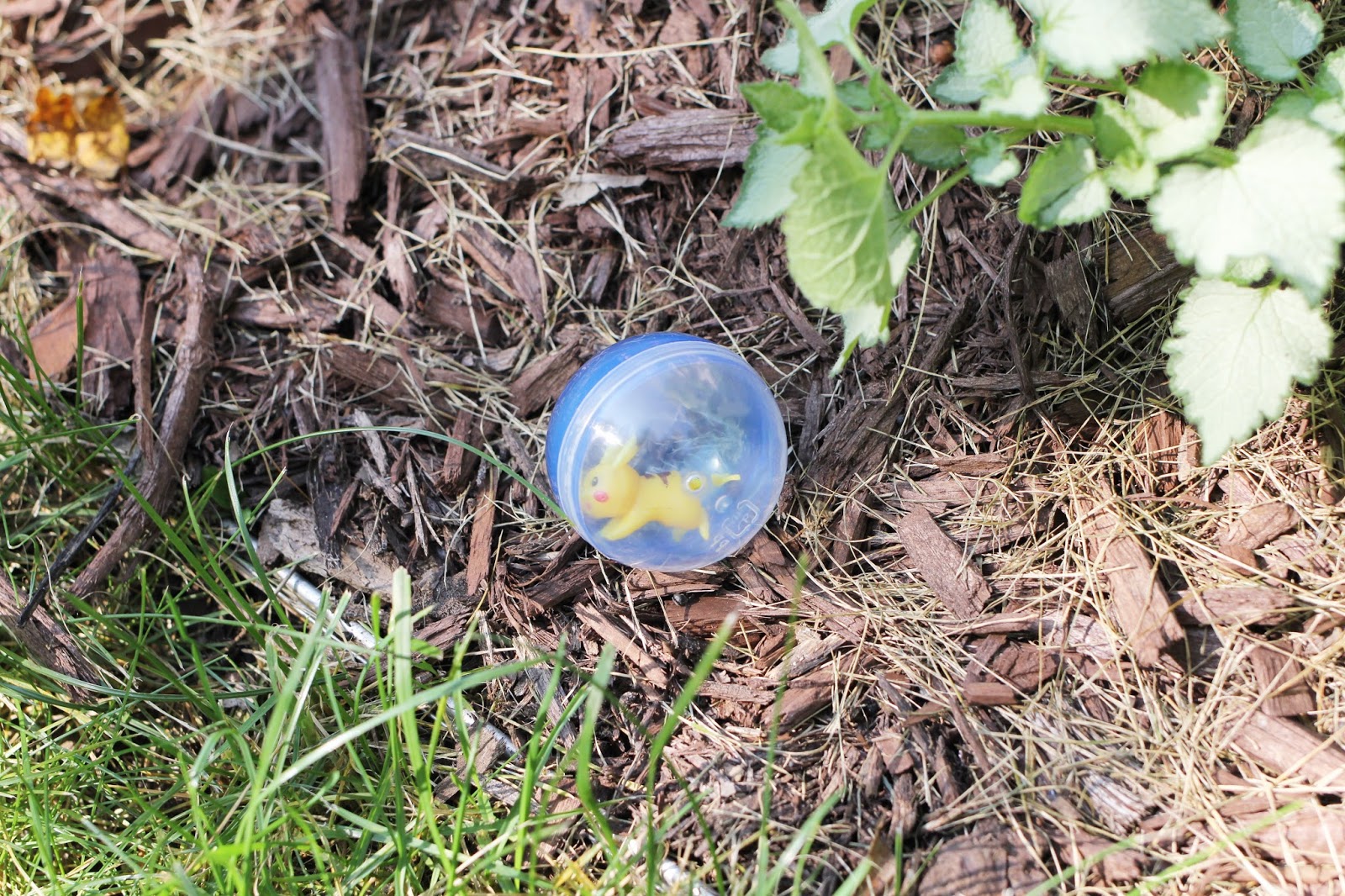 Then I hid them in our front yard! 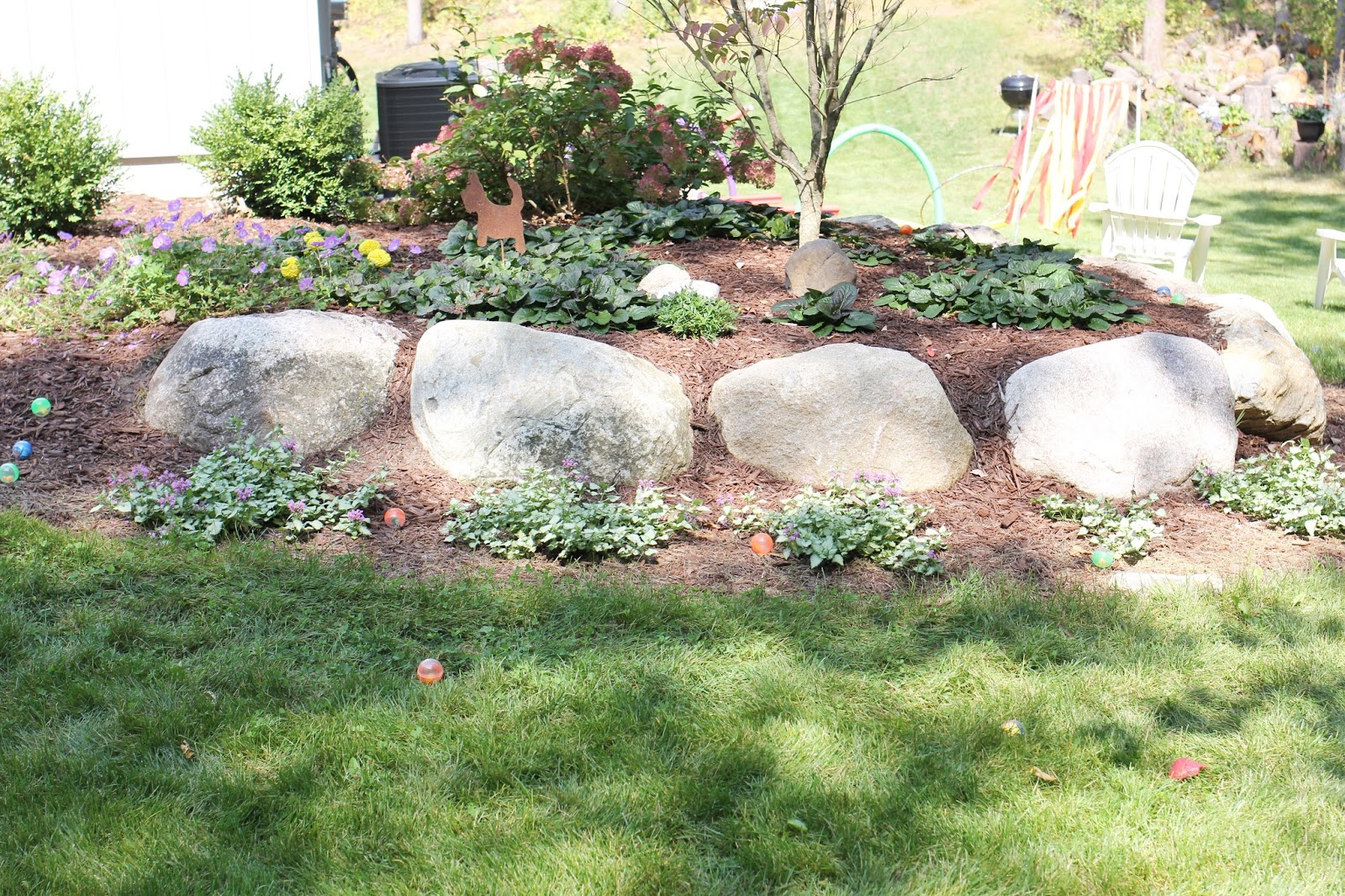 The hunt was Hudson’s absolute favorite part of the party. It was a big hit! 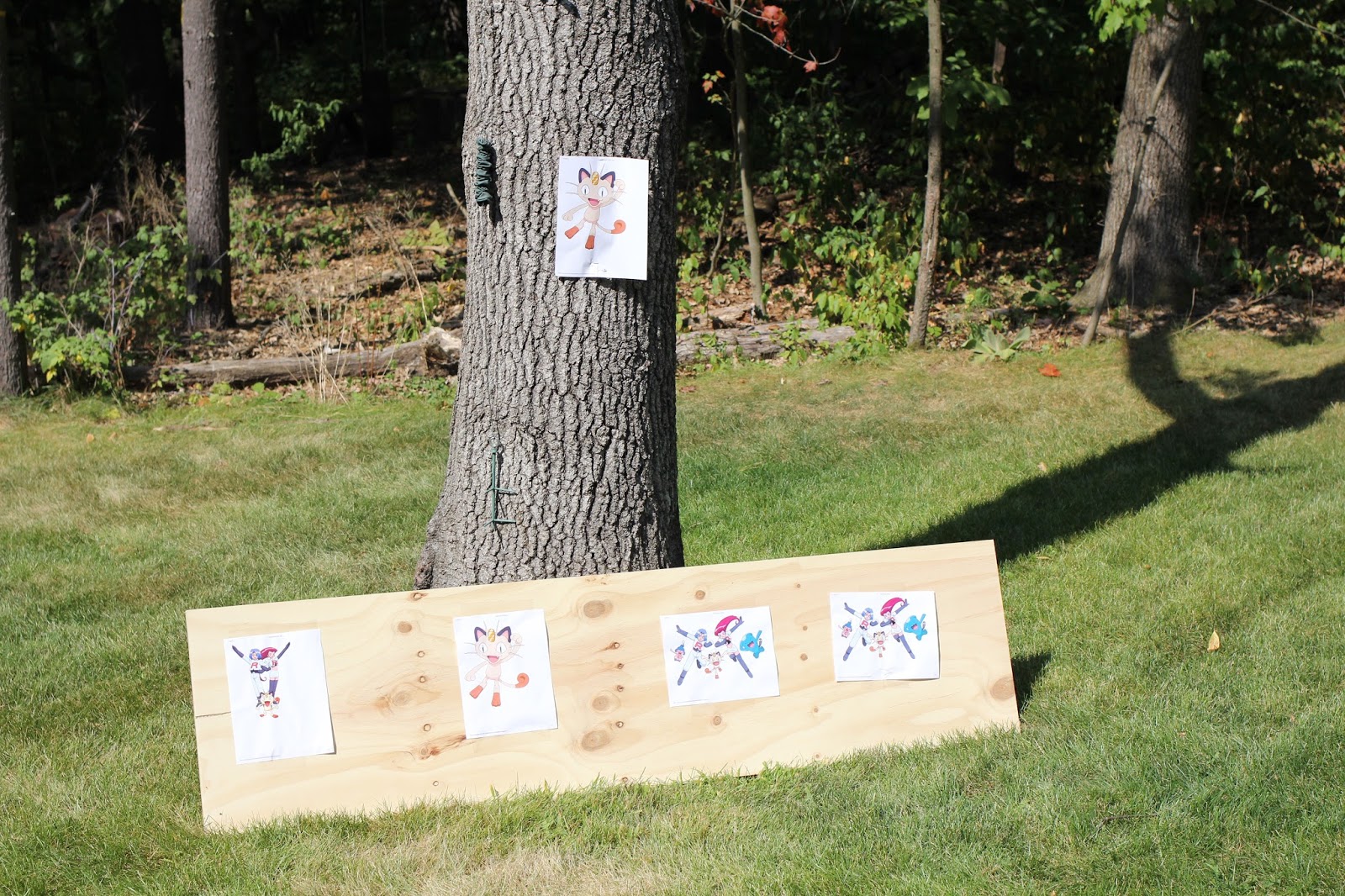 We also had a ton of Nerf guns out and posters of Team Rocket (the bad guys) for the kids to shoot at! When we first talked with Hudson about his birthday party (several months ago) he said he wanted a “shooter party” (aka Nerf gun party). So Jon had been buying used Nerf guns whenever he found them for a great price in preparation…only to have Hudson change his mind and want a Pokémon party (of course). So we had to find some way to use all the Nerf guns! So shooting the bad guys was my solution.
Hudson had the BEST time…and a month later I have finally recovered, ha!